For the longest time I have wanted to take the NYMR to Whitby from Pickering. I love Whitby and taking a train to the coast felt like a marvellous idea! Whilst it seems like such a long time ago now, we finally took this trip in the Summer holidays and, it was every bit as charming and delightful as I had hoped. With Harry Potter vibes for the kids, Fish and Chips for lunch and an adventure we had imagined for a few years, it certainly did not disappoint (save some rain showers)! 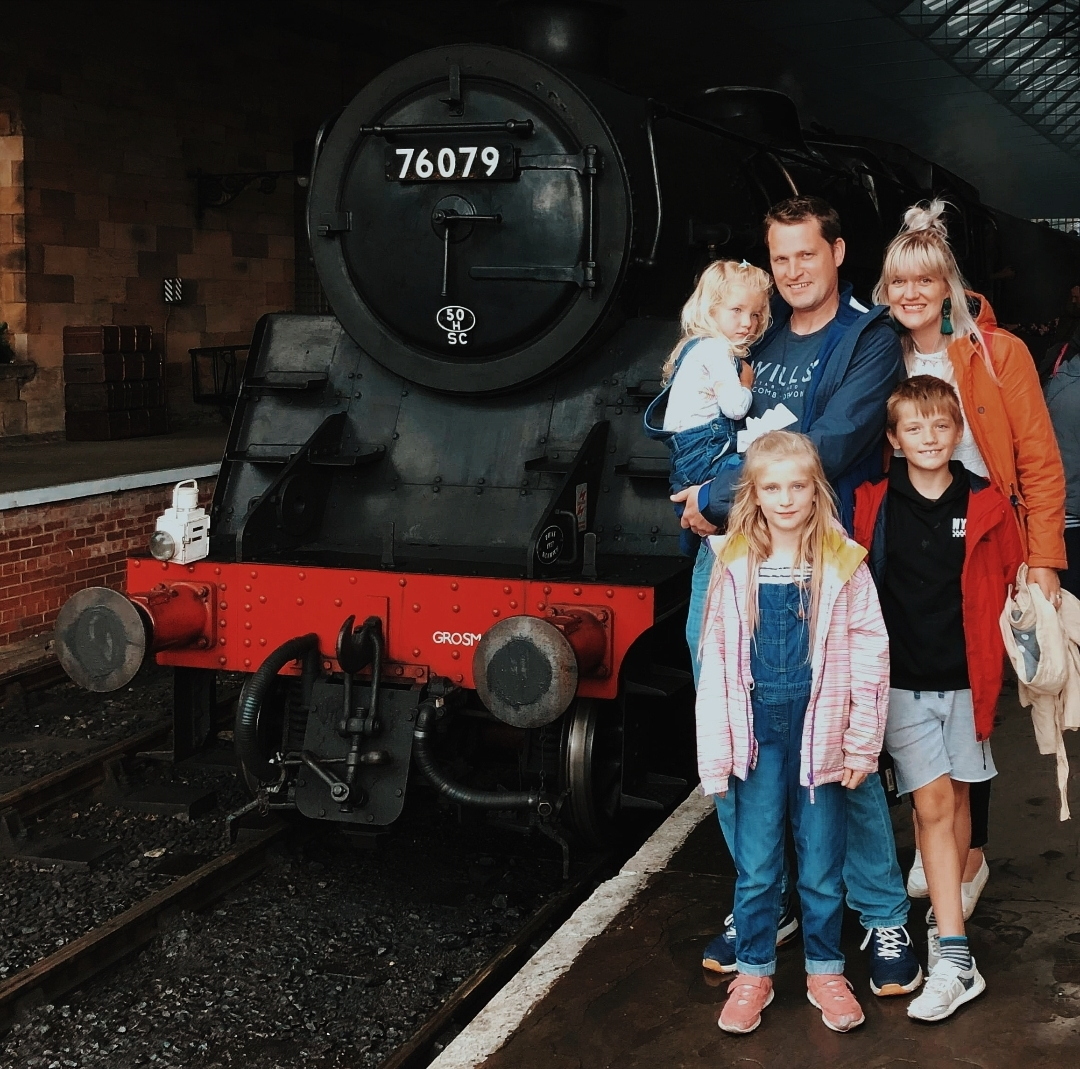 We are no stranger to the North Yorkshire Moors Railway – It was a favorite place of Nathan’s dad’s and we often still go as a family each Christmas season with as many of us that are able. This trip however was different to our usual as it was just us, in the Summer and it was to the coast.

Usually when we ride the railway it is from Pickering and then we just stop for dinner and a little wander in Grosmont, before returning back to Pickering. We are usually fuelled by hot chocolate and the 15 kids or so in tow with as many adults (if not more), make it rather eventful! But on this trip it was quieter and we had time to stop off in both Goathland and then the afternoon in Whitby. The children thoroughly enjoyed it and I enjoyed taking time on the way to Whitby to look around the cute little shops in Goathland together. I haven’t been for years and it was every but as quaint and English as I remembered it to be with a few “Heartbeat” props around which were of interest to the kids.

We used the York & beyond explorer pass for this trip, which enabled us to also see some attractions too whilst in Whitby. 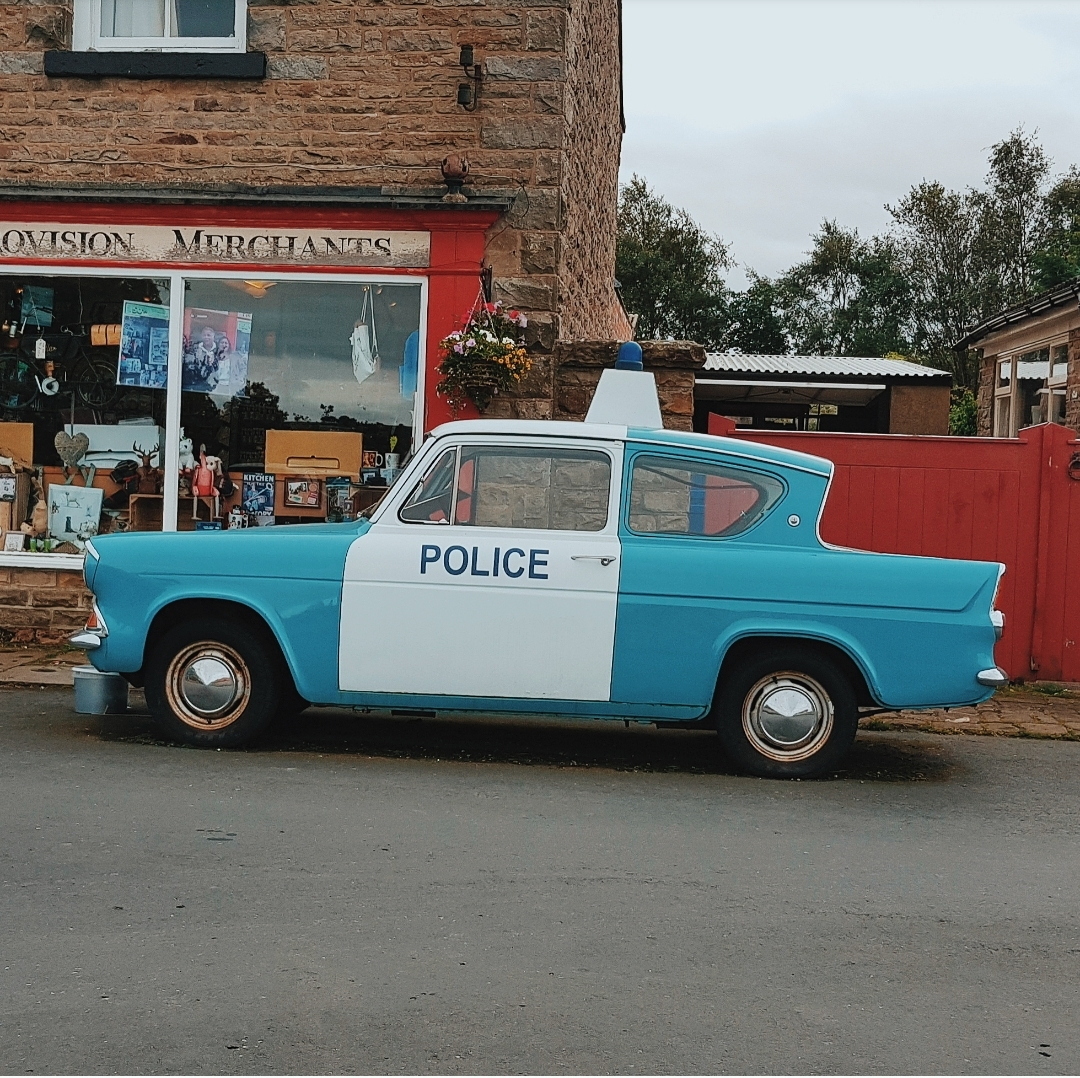 Arriving in Whitby filled us all with excitement. The track follows the river which suddenly expands into the harbour, opening up views of the sea and the Abbey on the cliffs – it was just spectacular. The station is right in the centre of Whitby, which is extremely useful and gives you optimum time to explore. Once there we had a wander round a few shops before heading for fish and chips and then exploring the places we had previously planned to visit.

The York & Beyond explorer pass enables you to see over 45 attractions outside of York and in North Yorkshire for a discounted fee. You can choose 2 day up to 6 day options (great for the school holidays or long weekends) and unlocks the fascinating heritage and history of this part of Yorkshire. Of course you can use it on the NYMR (which we did) so we used ours to not only take the journey to Whitby, but once in Whitby, we also went to check out Walker’s House (better known as the Captain Cook Memorial Museum). Walker’s House belonged to Captain John Walker, to whom James Cook was apprenticed in 1746 and sits next to the harbour. It wasn’t the most exciting of museums for the kids, but they were well taken care of and we all enjoyed a half hour or so learning more about early world mapping and sea ventures! Its great to think such famous people came from the Yorkshire coast! 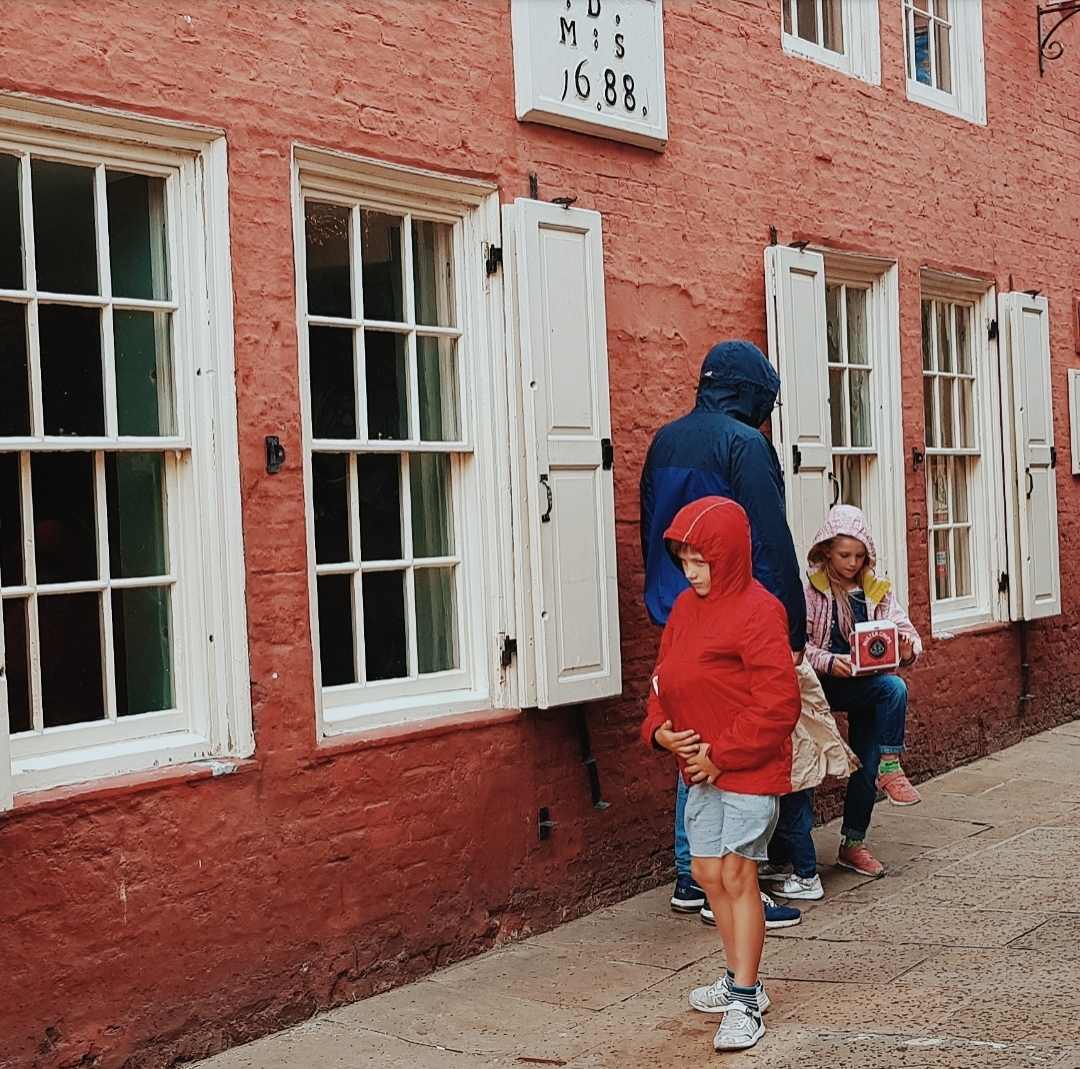 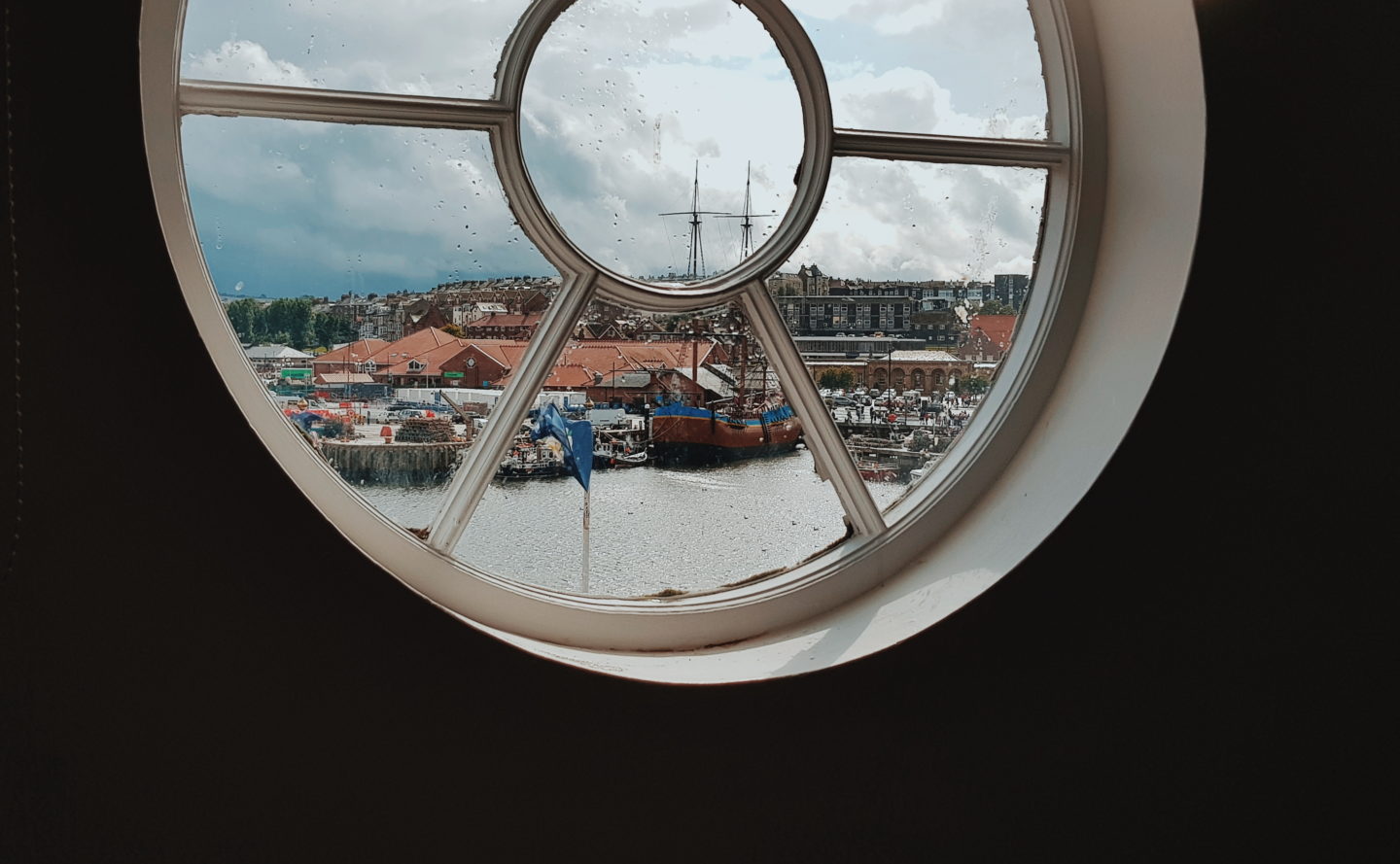 From there we headed up to the famous 199 steps and visited the Abbey (because you can’t visit Whitby and not do that)! Up there is where the majestic Abbey stands and whilst time did not permit us to explore the Abbey on this trip, it is certainly one for next years bucket list. The views of Whitby are spectacular and we were fortunate enough to see the beach Donkeys walking home – which the kids loved too. We wandered back down the little cobbled streets and then grabbed some snacks for our journey home before heading back to Pickering on the Steam train – it was a wonderful family adventure. I love Whitby and going by steam train made it even more lovely. 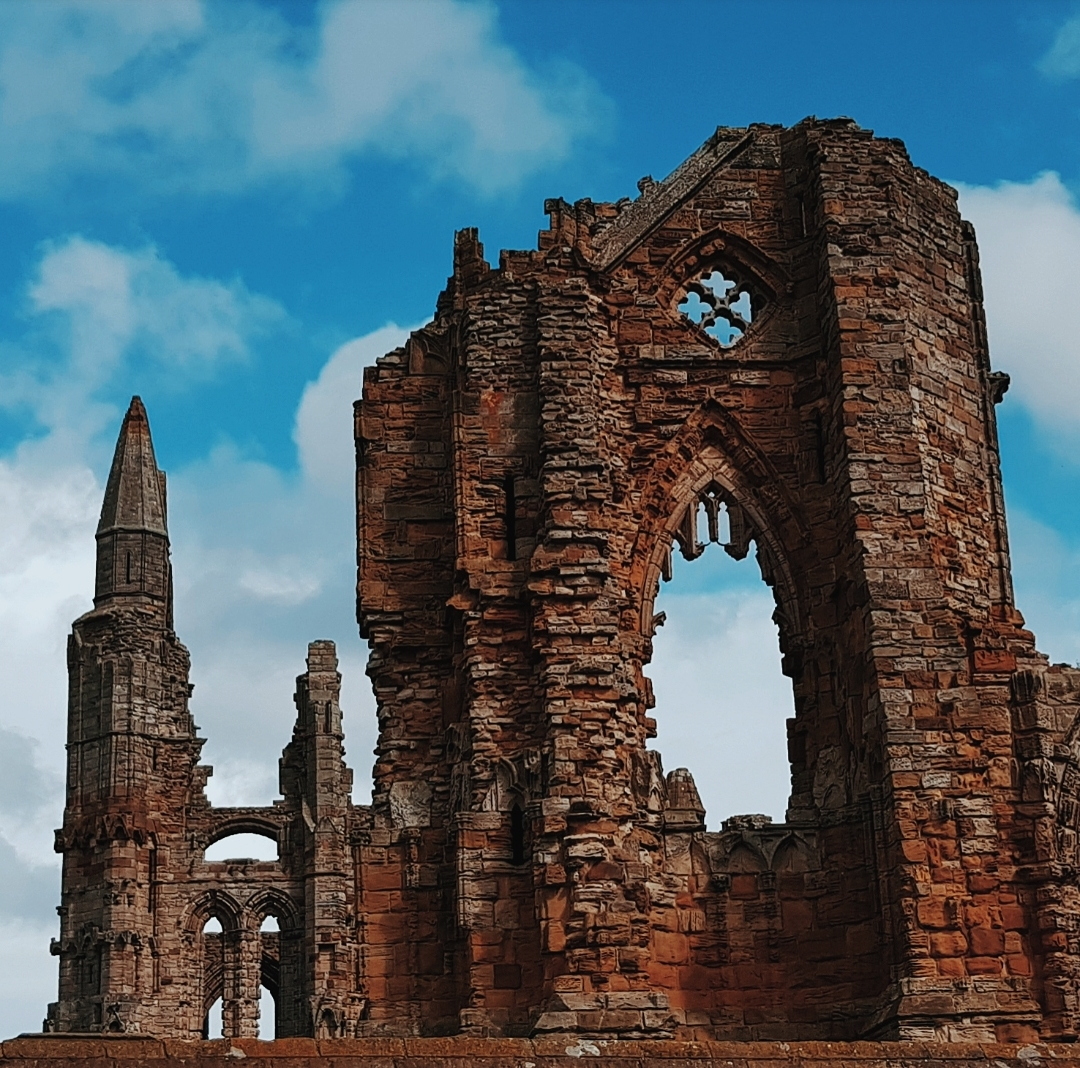 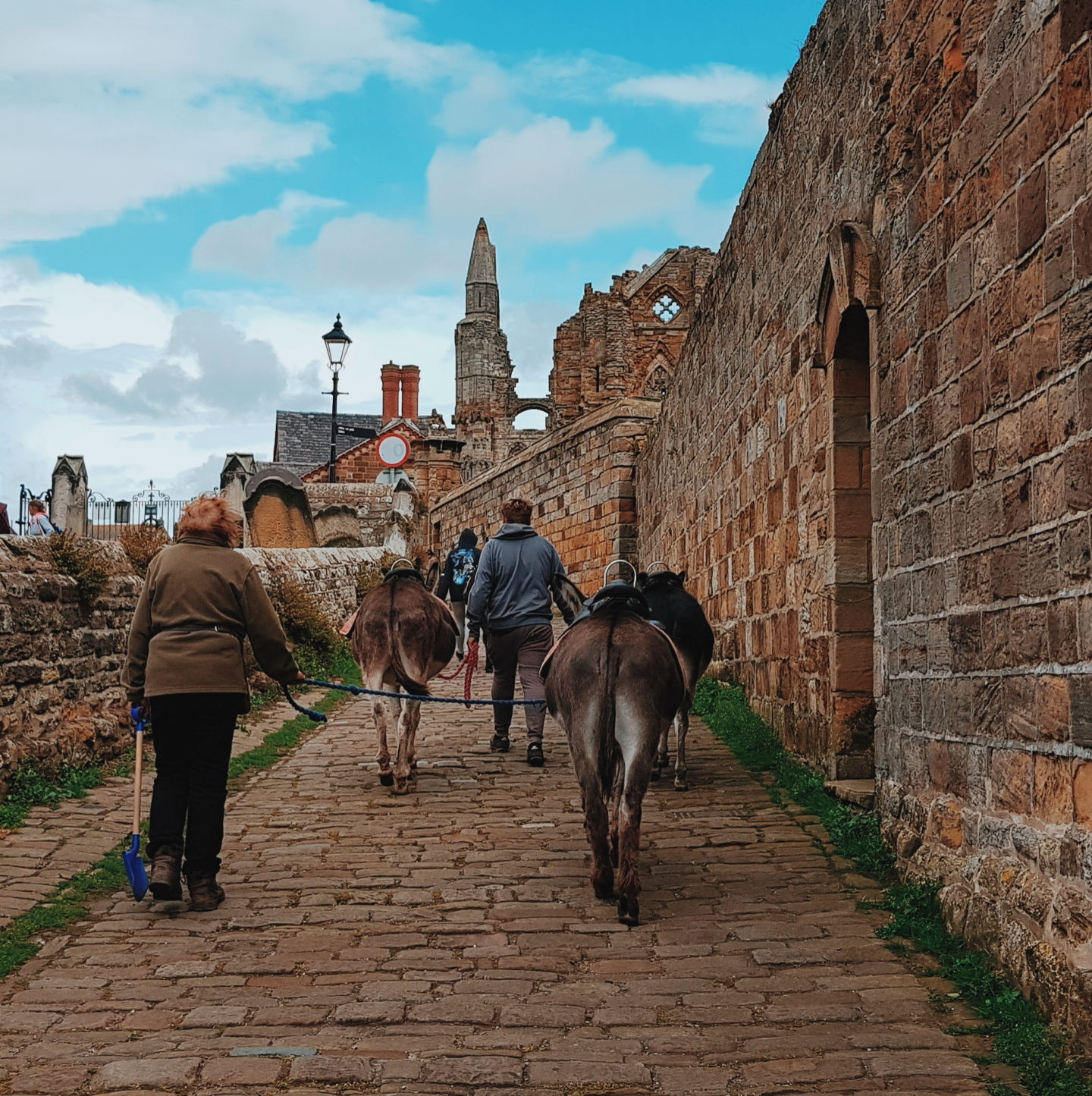 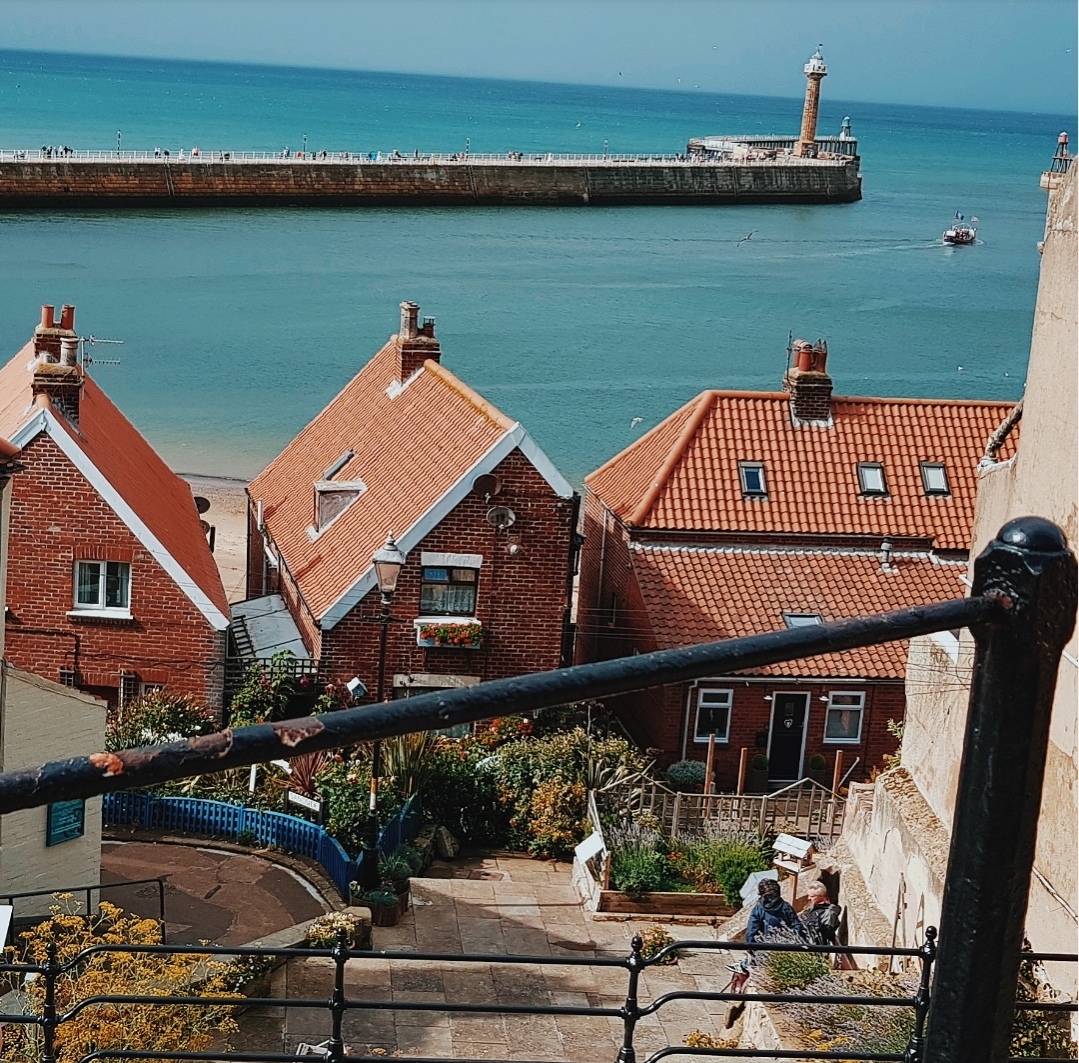 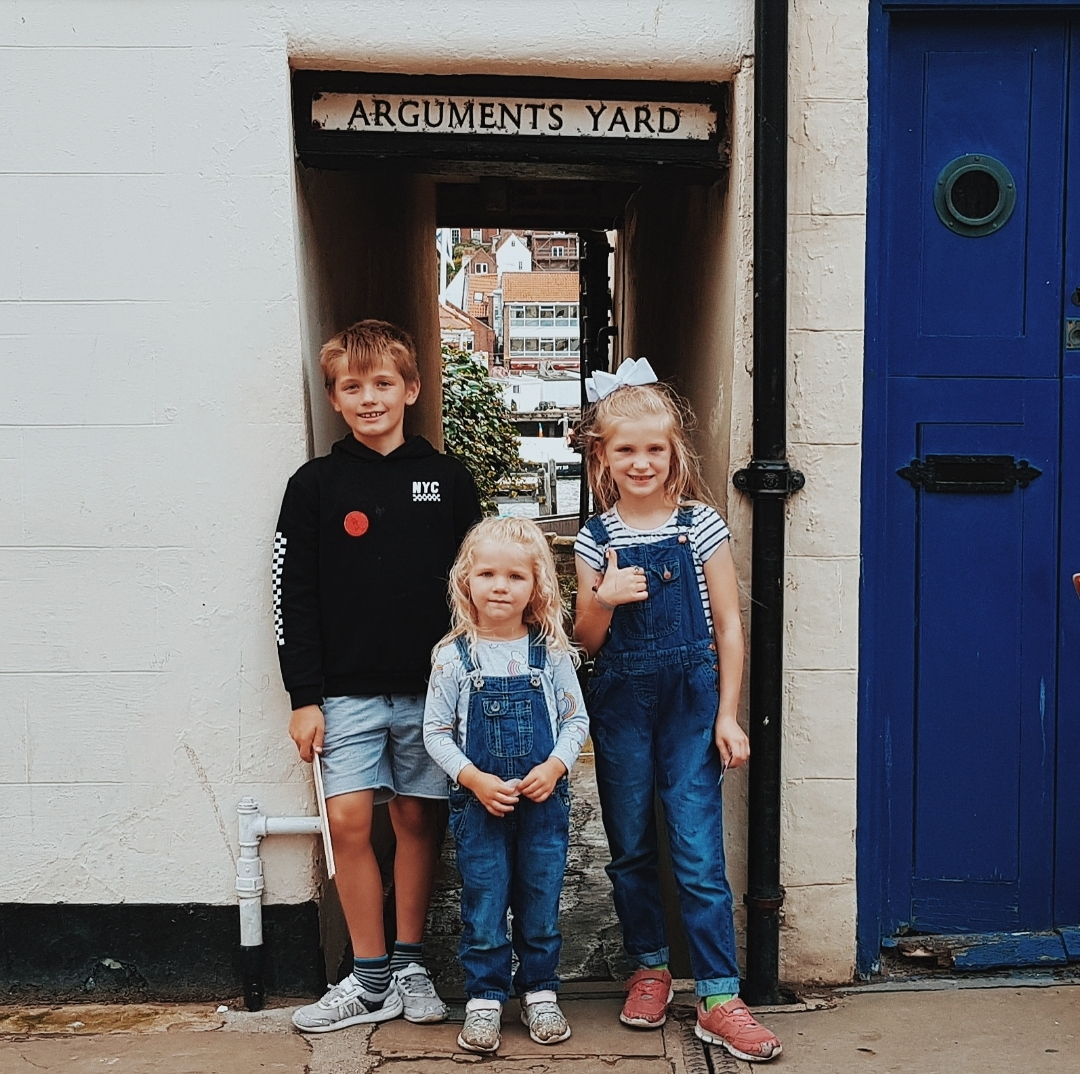 I have thought about that lovely day a lot since in the summer and I am so grateful we had the opportunity to fulfil that little dream and adventure together. I was also excited to see some wonderful Christmas events that the NYMR have planned this year (which look fab). We totally plan on being on the railway again this Winter season (probably towards the end of December) where will be chasing kids up the train, no doubt being a little raucous and seeing the moors laced in frost as we trundle down the track. But, if you wanted to go before that, you can look forward to both a Santa Special and my personal interest which looks incredible – The Northern Lights Express (they also have Whitby Winter excursion if you want to brave the elements at the coast!).

We love travelling on the NYMR at all times of year – it is an exciting adventure which is now filled with lots of talk of Harry Potter  and Hogwarts for the older 2 as they use it for the backdrop of role play games! I can’t wait for our next adventures on the railway together, because is there anything more festive and magical than a steam railway, frosty hillsides and a hot choc in hand? 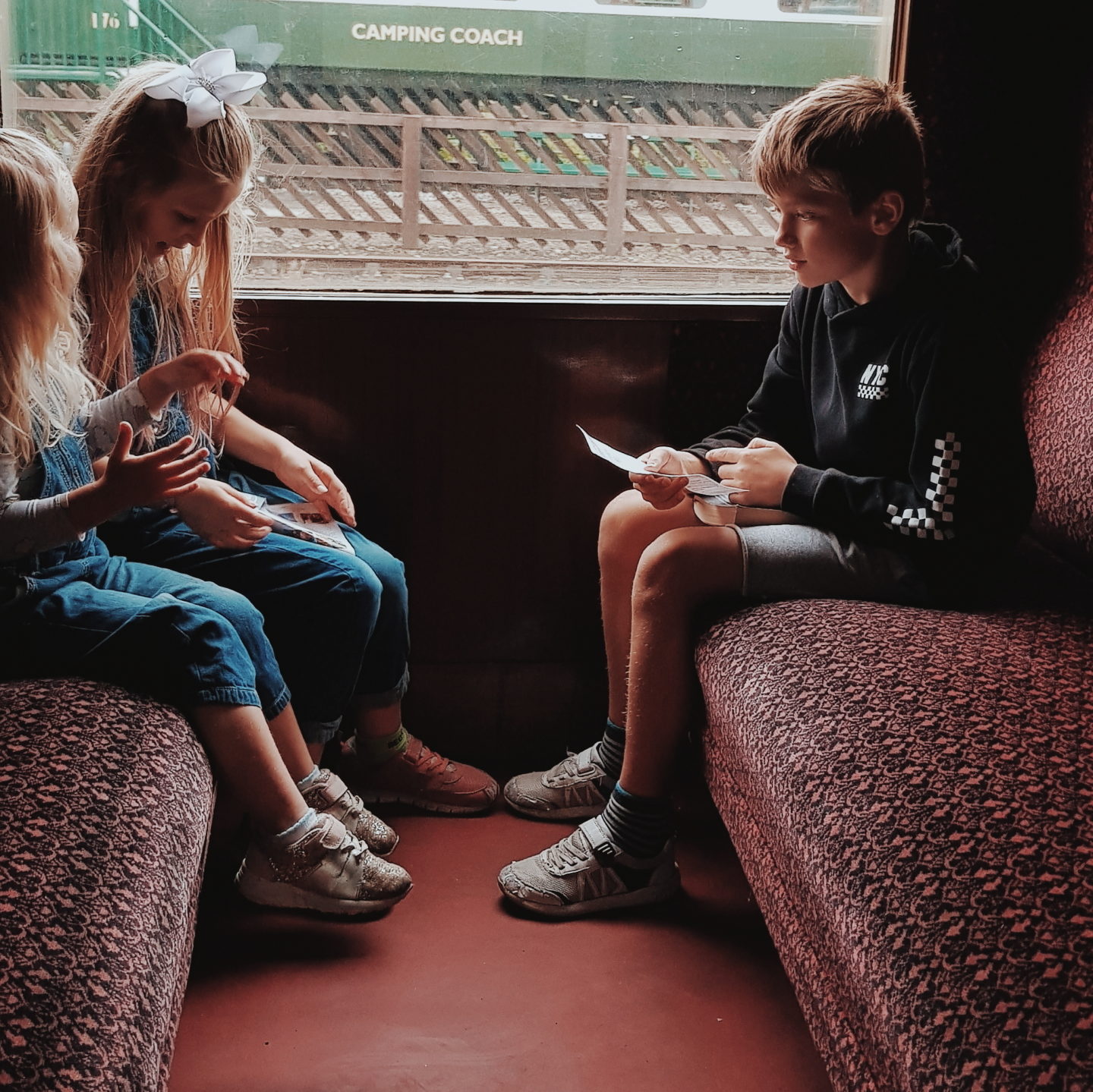 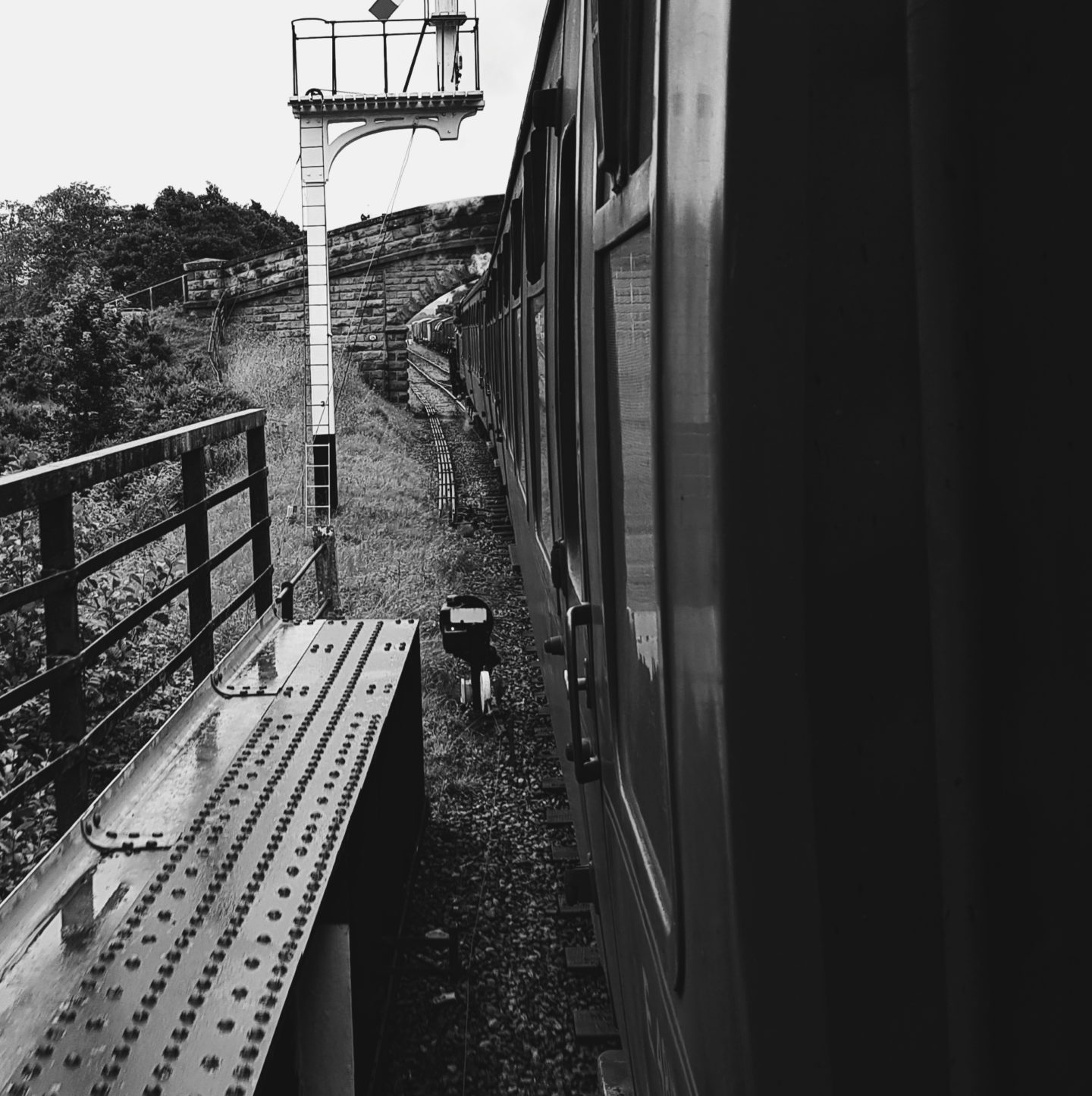 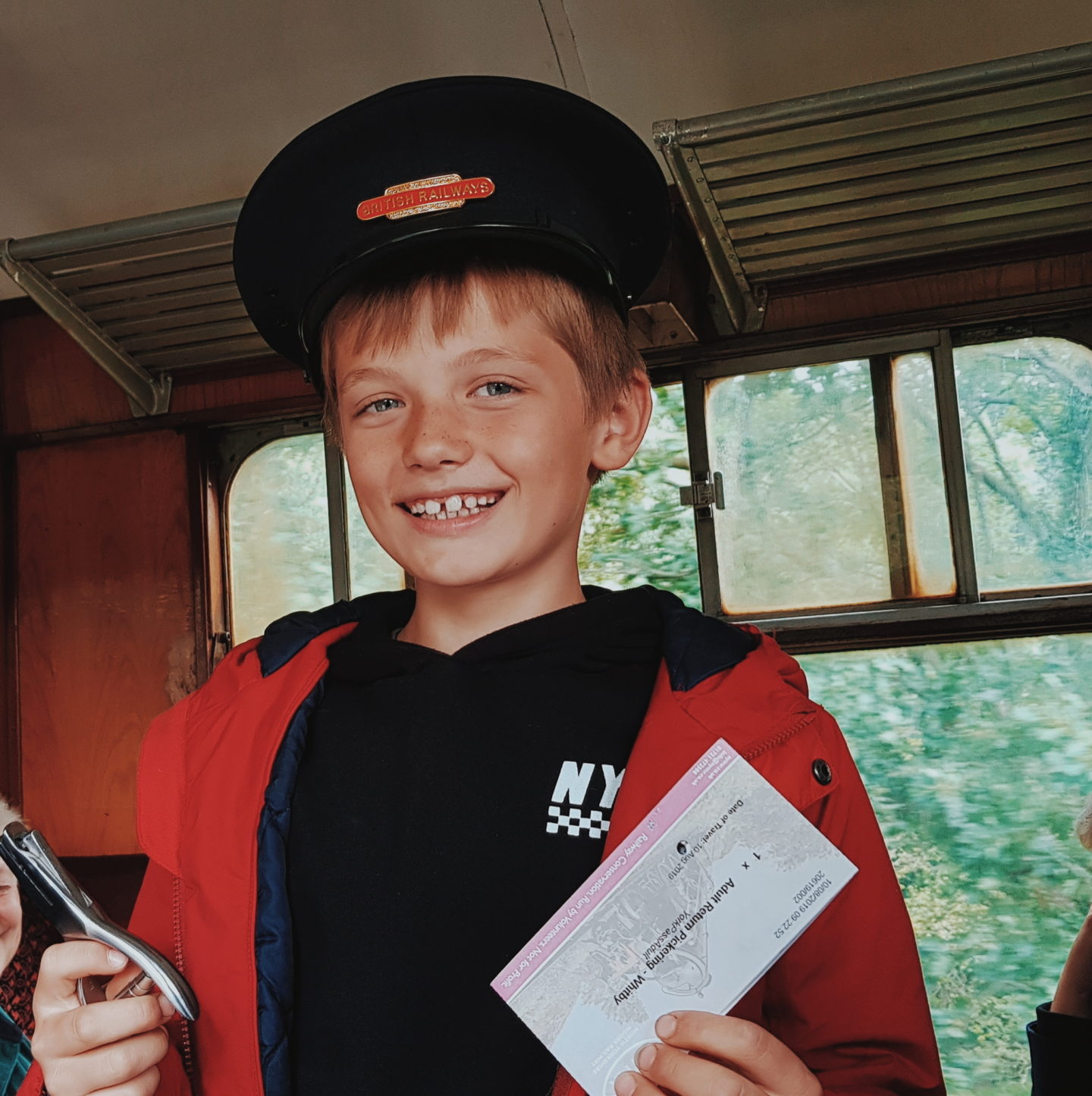 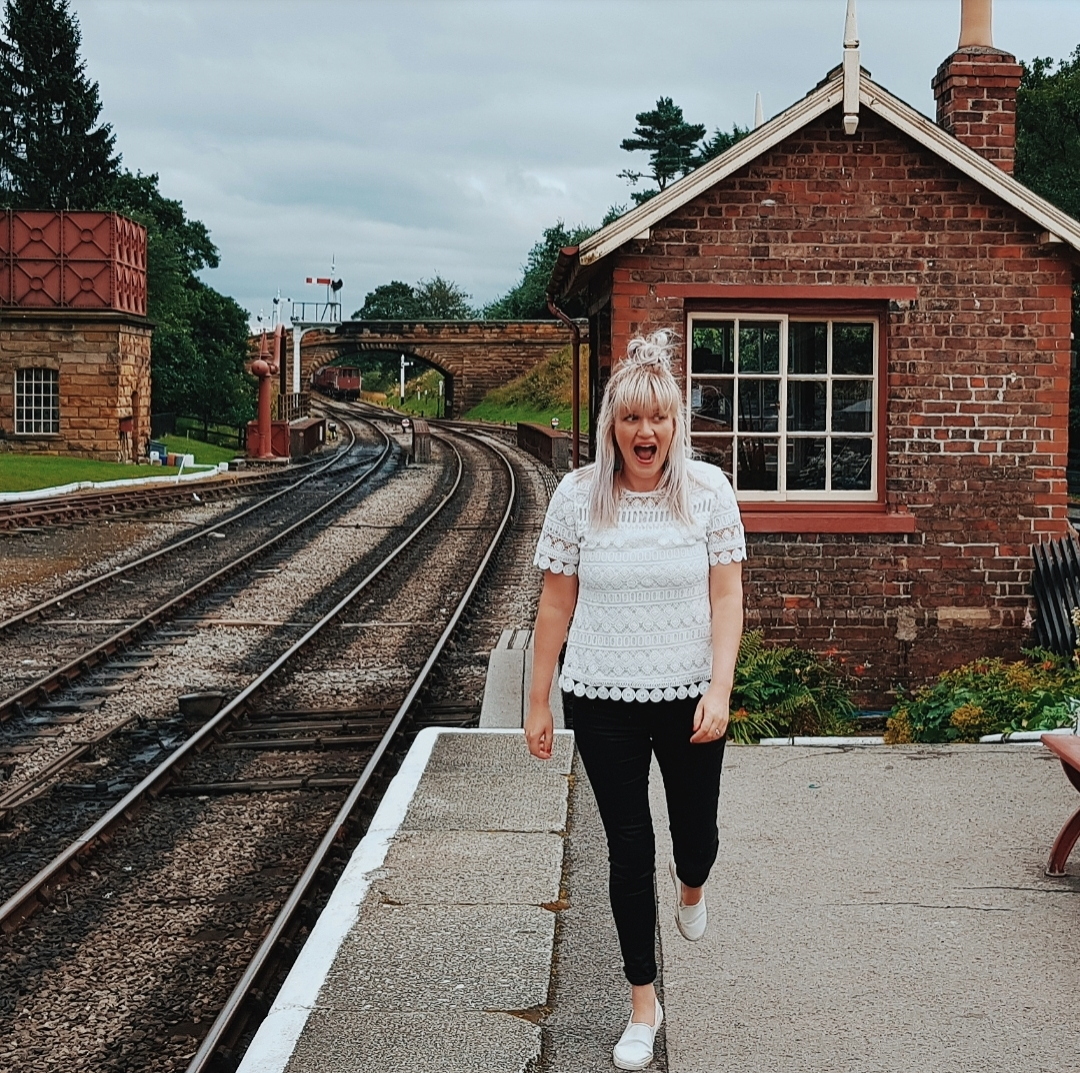 *We were gifted the York Pass Beyond back in the summer – you can see other ideas for it in my previous post A day in York with York Pass or by checking out their website.