“Celebrating Autumn” is a new term I think I am going to introduce into our home at this time of year. It sounds softer, happier and just less grim than “celebrating Halloween”, because lets face it… what is there to celebrate with spooky central? I just feel since after our recent glamping trip this time of year is an opportunity to admire and appreciate all nature has to offer us. 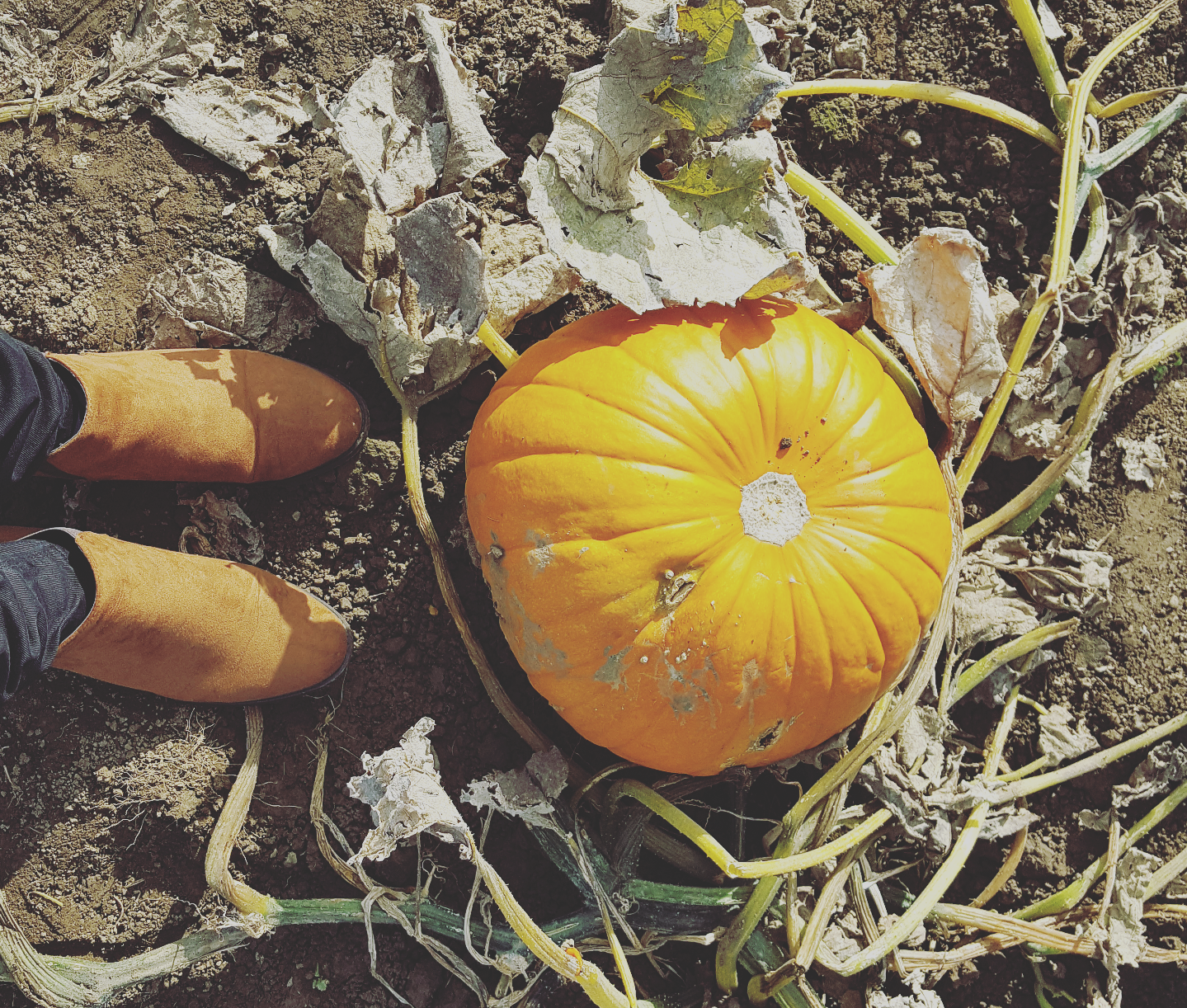 I sometimes think that I would have fitted in well around the times of period dramas. Oh how I would have loved to have celebrated harvests by singing in the fields and rejoicing for all we have whilst clothed in some mint dress. But alas it isn’t so, and I instead settle to feel a lot of glee at the schools harvest festivals as I watch the kids appreciate food and crops.

When I think of Autumn I do think of these harvest festivals we had as kids, along with walks in the crisp (or mostly soggy) leaves, exploring forests and the smell of fires and spice. I think of pumpkins on the doorstep and cosy hot chocolates on cool days and then the occasional bonus warm days where a jumper is enough. I look forward to the smell from the slow cooker as you come in from a busy day and I think of eating lots more soup and stews.

Autumn to me now has returned to be a much happier time where as Halloween really is not.

Unfortunately nowadays Autumn is very much dominated by Halloween and some of the wonderful moments of the season can be overshadowed by zombies and spooky things round every corner of almost every shop. Spooky I can handle, gruesome I cannot, and whilst I can remember with fondness a lot of my Halloween costumes and “trick or treating” with my sisters, as I mentioned last year I have suddenly gone off it and become all too much of a pessimist when it comes to Halloween. I feel it glamorises death, and so feel its too good at pricking my memories of loss and makes me uneasy.

My kids however in innocence seem to love it; with a good jump from a spooky decoration to fantasy’s of dressing as Dracula or a ghost for a party we haven’t even planned on. They love at the moment watching “spooky movies” like Hotel Transylvania and Casper and whilst I am not sure how I want it to go down in our home or how I will perceive it in future years, for now I suppose its harmless and innocent.

To me though I have made it my goal to work on focusing more on Autumn as a season as oppose to Halloween domination, and if they want to have a fun costume on the 31st of October, or spooky movie every now and then, then I guess its bearable as an extra thing and the focus thing! 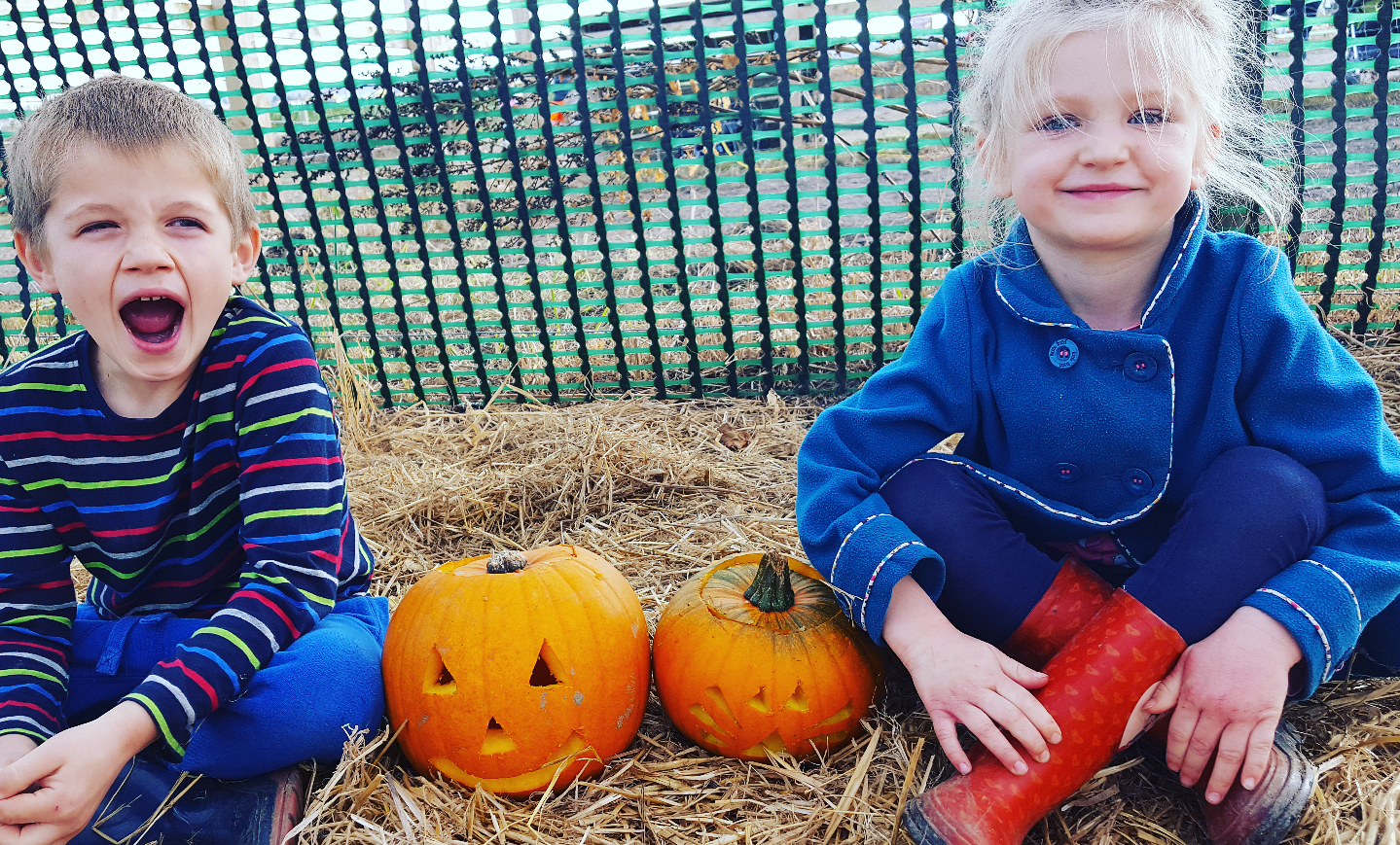 They are however very aware that pumpkins are big this time of year and have talked A LOT about a need to get them and calve faces. So this week with it being half term, and after seeing Instagram a buzz with kiddies in pumpkin patches I decided to ignore the Halloween spin and use it as an opportunity to embrace Autumn. We headed over to a fairly local patch with the kids and some friends and had so much fun choosing a pumpkin, calving it and chatting about all of the various decorations. They choose happy faces and a cat face as oppose to anything too creepy, and with painted faces and the sun shining it was a glorious autumn adventure! 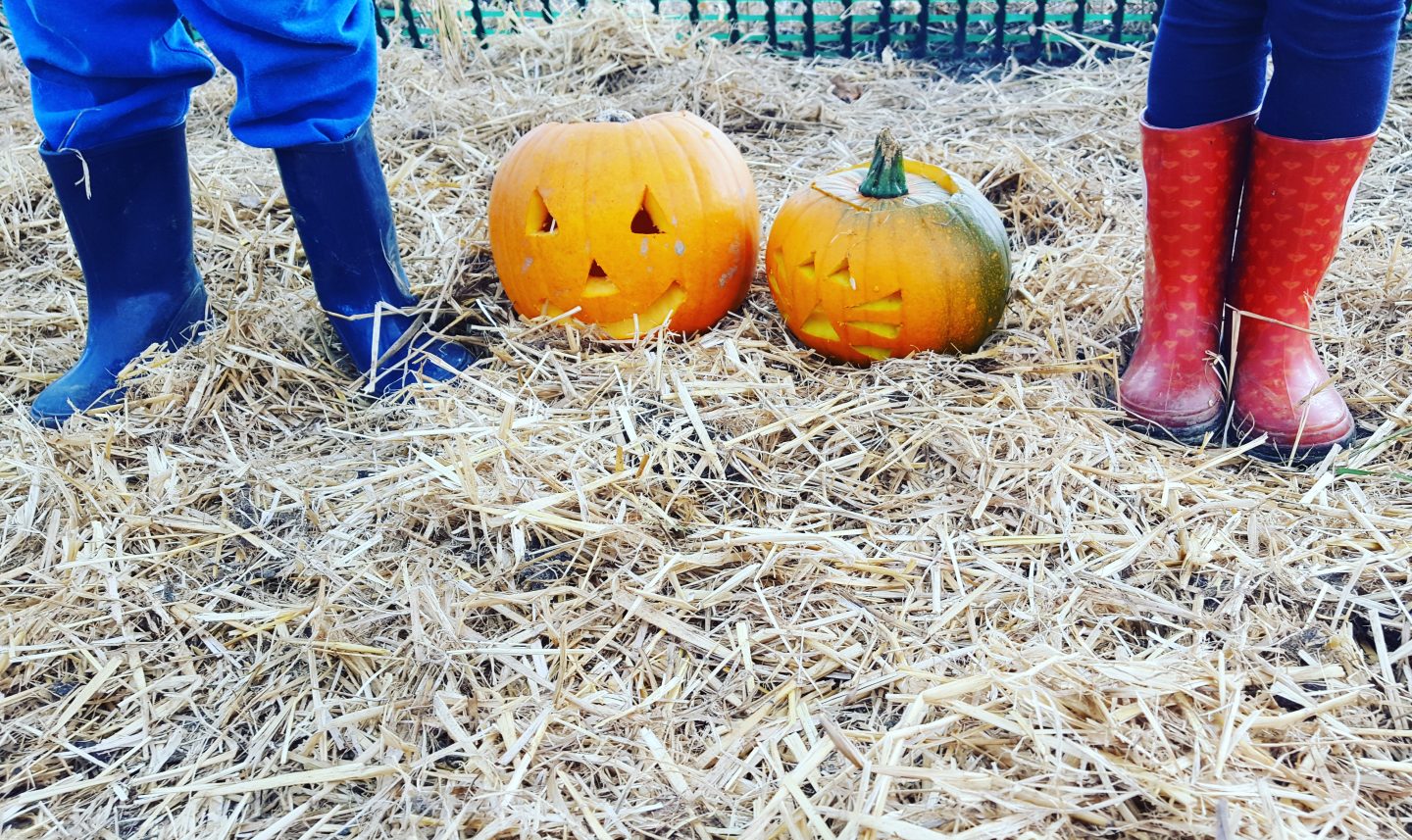 Starting this year (and hopefully for the future) to focus less on the scary and more on the season we hope to celebrate Autumn by doing the following: 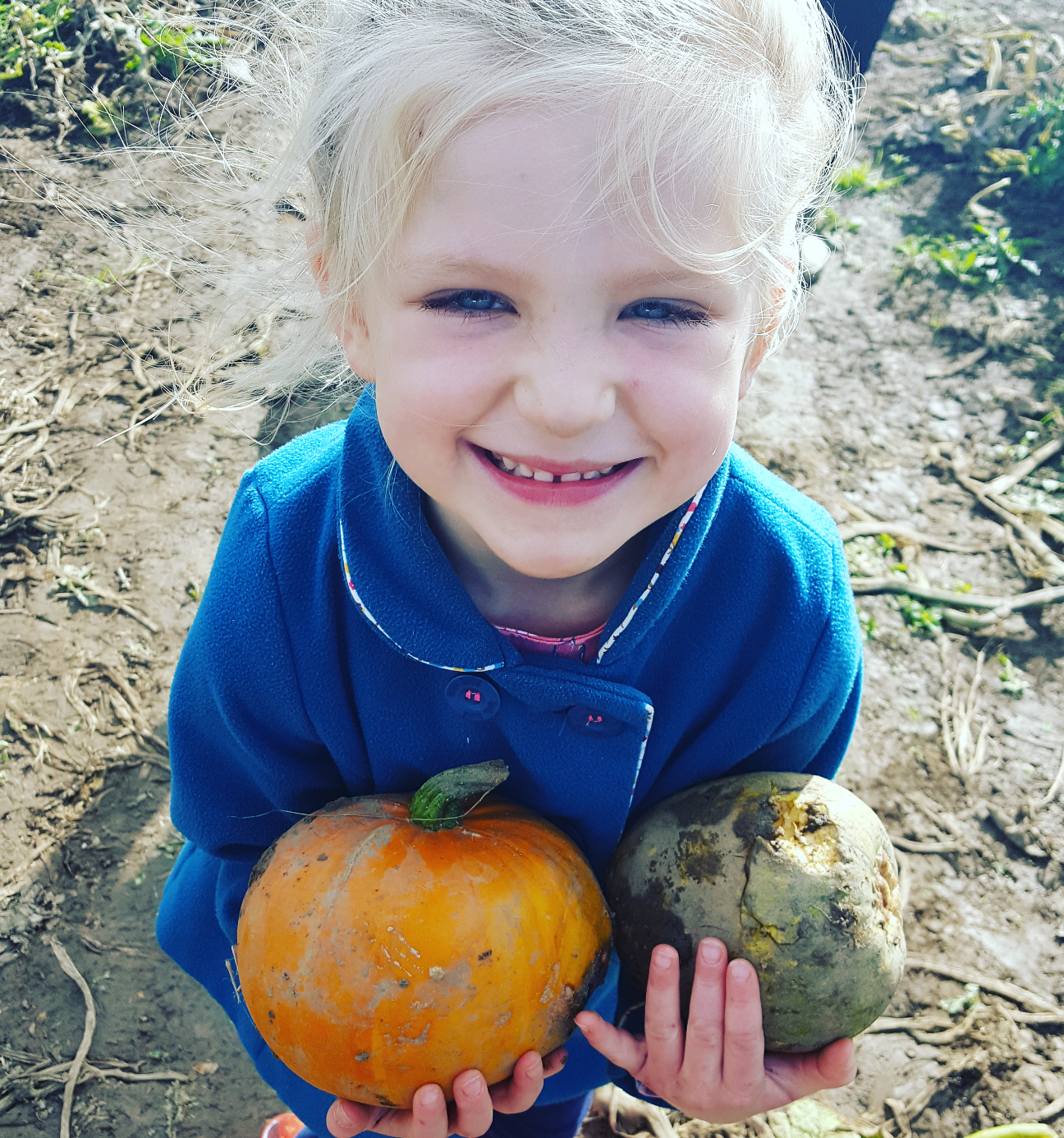