I am still in the developing stage of the art of buying gifts in advance via offers and sales so as to save money. I get so excited by the heavily discounted things around me, that it often clouds my ability to remember what I need and what would be worth buying and storing away until that persons birthday. Our house lacks storage and so it means I have to be savvy in what I am buying in advance, and then actually remember later down the line that I have that thing put away.

There’s no question about it though (especially with large families) – Buying gifts in advance is certainly a sure way to save money and be organised.

Some bargainous toys in Wilkos!

This morning I decided to take a little stroll around town following the school run; I had a few things to do and always like a nosy first thing whilst the shops are quiet. I found myself in Wilkinson’s (Wilkos) where they had a whole aisle with Christmas stuff and “Christmas toys” (which were actually just regular toys from their Christmas stock). The great thing was that it all had been reduced to 75% off and I couldn’t believe the prices I was seeing. 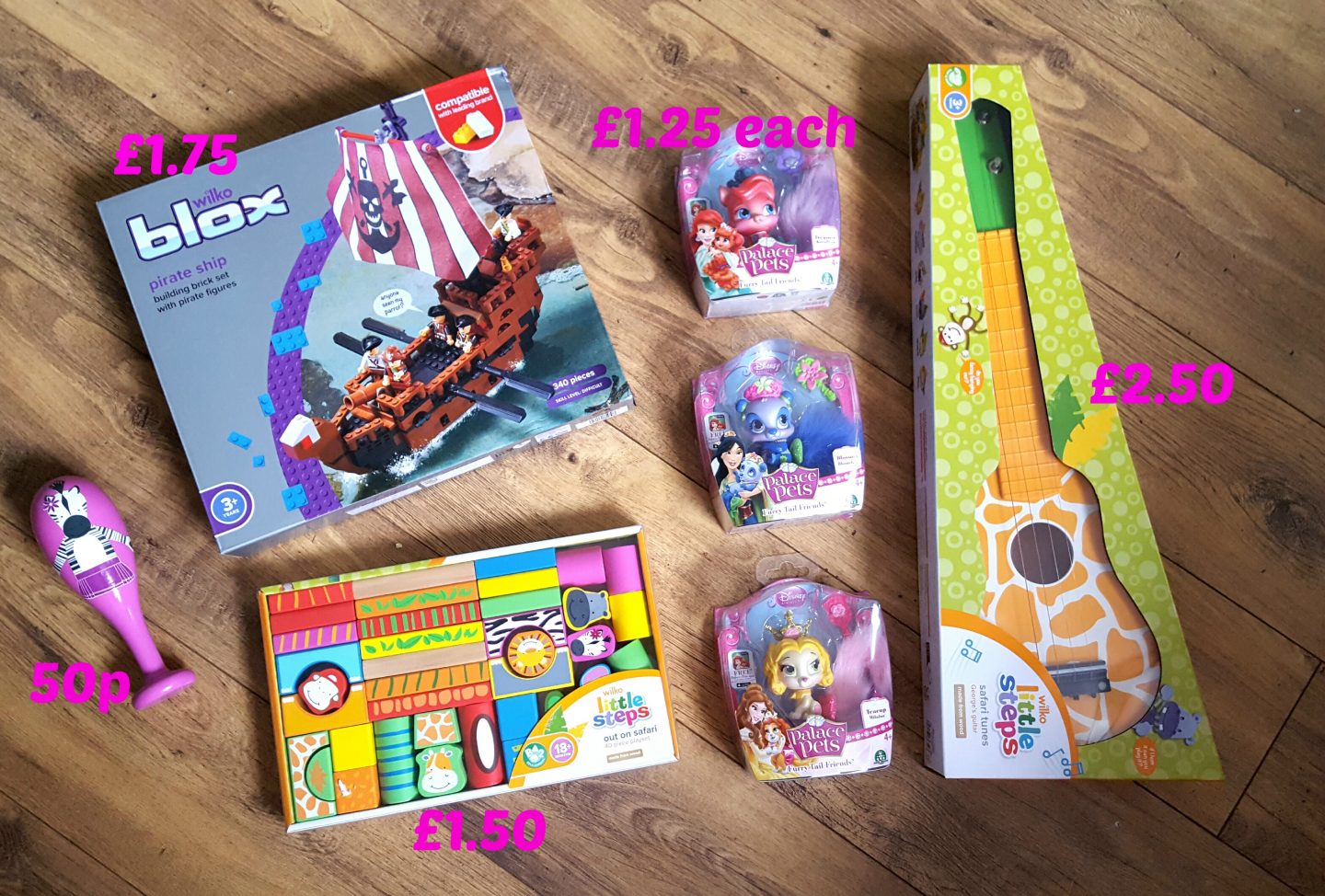 Soon there was a great crowd around me as I must have been rather vocally excited about what I beheld, and we all commented on how we felt like we were robbing them… how this and that was only £1 and costs so much more elsewhere! I only had the pram and so had to be selective on what I picked up, but I think even with that I managed to buy some great toys for the kids for their birthdays this year, and in the process saving quite a few pounds!

I bought her 3 palace pets for £1.25 each to put away for her birthday in June. If you are familiar with these you will know that usually you can expect to pay anything from £7 – £12 for just one! Hello bargain! 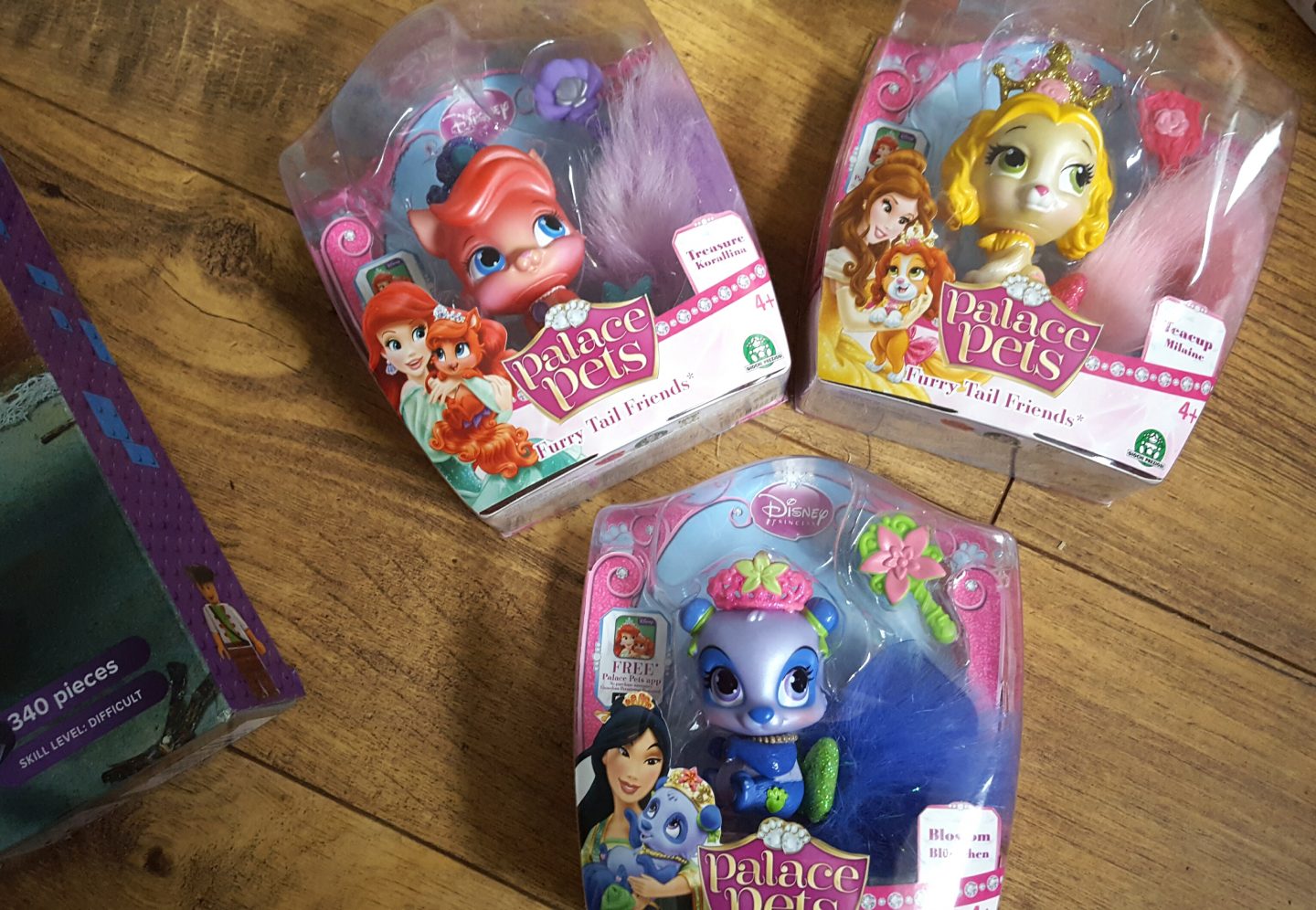 I bought some lovely colourful wooden building blocks for £1.50 and a wooden maraca for 50p to put away for July when she will be turning 1. 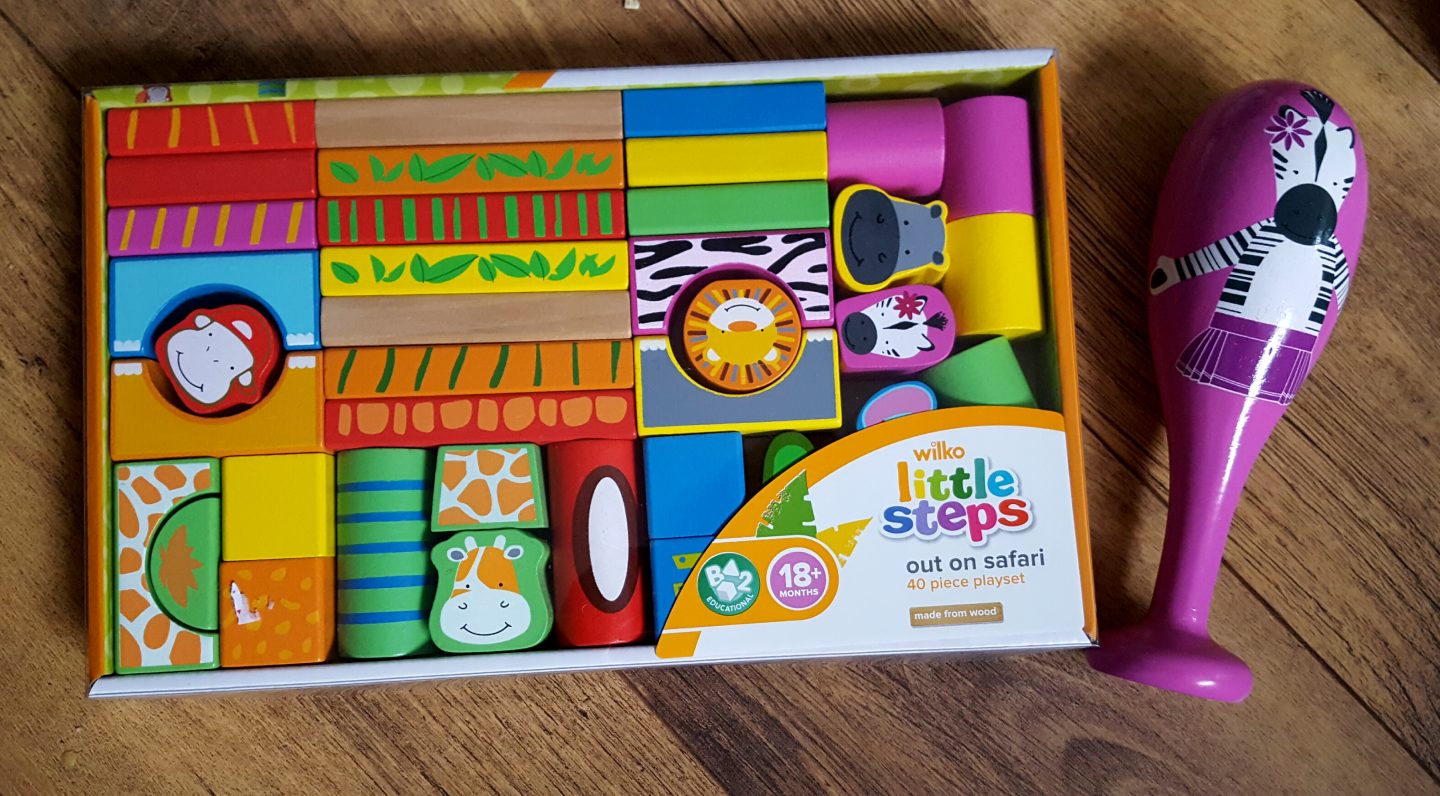 A mini guitar! He had his eye on this for a while, and used to ask to go into the shop to have a look at it. It says its 3+ but I think for his birthday in October he will be able to actually start using it and perhaps learning a few chords…its nicely made – wooden not plastic and was £2.50! He is really into things connected to music/making music, and I can’t wait for him to play it! In fact if he is sensible we will most likely give it to him sooner as a new hobby to get into…either way for £2.50 it was more than worth a purchase!

I also bought my nephew a blocks pirate ship for £1.75 and stopped myself buying more palace pets, princess barbies and a car hauler for £3!

If you have a wilkos near by it would definitely be worth a little look to see if you can pick up some bargains for kids birthdays coming up. I am excited for the kids to have some great gifts already lined up for their birthdays and I haven’t even spent £10. Keep your eyes peeled as you are out and about and as shops start reducing sale stock lower…there could be some potential birthday gifts to put away just around the corner! 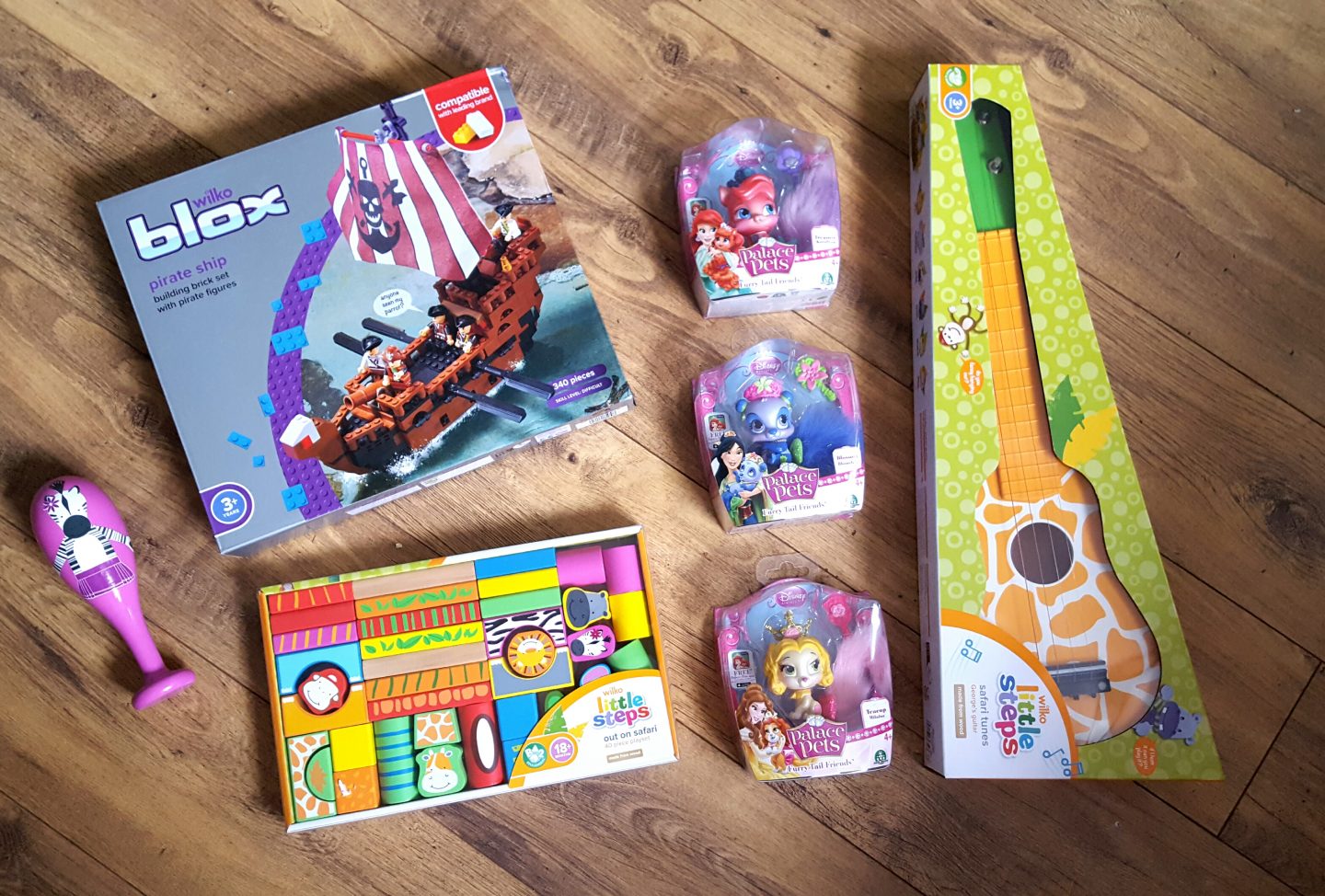 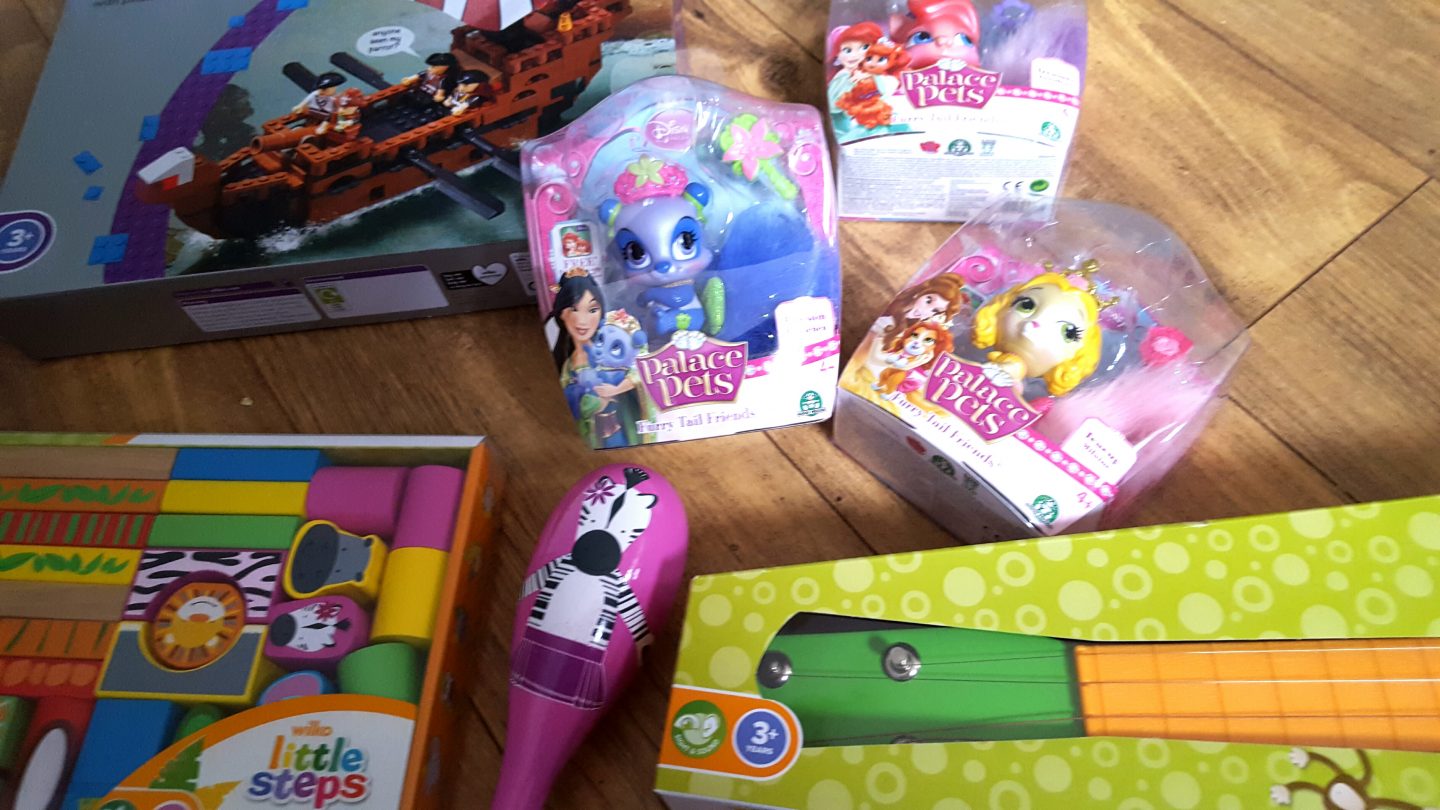