An insight into the Bargains I bagged this year for Ethan’s birthday was inevitable really following it last week wasn’t it? Yet still I am surprised that people do not shop around for products or realise that sometimes a pre-loved or a cheaper version to a kid is just as amazing, exciting and wonderful as the real deal, so I almost feel like I need to keep showing the world the lovely things you can get your children on a shoe string!

I learnt early on as a parent that if kids are into something in particular, it is more often than not the contents they love and not the branding or which shop it came from. That part of it is something created by society, or even ourselves to (I’m guessing) put value on how great we are … we spent so much or bought them so much from such and such a shop – we must be mint parents and love our kids so much! Its not true! Kids are more easily pleased than we think, and if they are not, it is usually because we have raised them with some level of expectation. Remember its less about the price tag and more about the contents!

In order to make birthdays great for both them and our bank account, I always ask them first what they really want (Because I believe birthdays are one of the only occasions where we can really have stuff we want) and then rate them in degree of favourites and then start with those things 1st! Some stuff I will suggest to family members (if they ask, I never expect or assume), And then I get to work price matching, ebaying and charity shopping. To some this approach may appear “tight” to not just buy new or everything they want for their birthdays, but I have never really had an issue with giving OR receiving gifts that were 2nd hand myself, so why should my kids? In fact at this age I promise you they will not even know, and I don’t know about your kids, but mine still do not understand how to properly look after things and so I would be very unhappy to spend a lot of money on something to see it potentially get damaged.

We only allow them a party every other year, rotating with a special outing in between. For gifts birthday’s in our home usually come with a £30 – £40 budget. This is because we like to use our money on lovely days out the whole year and because practically we have a low income with Nath being a student, and so wouldn’t be able to afford much more anyway. Also we do not want our kids to be too greedy. I do like to shower them with lovely things they want yes, but really? for a preschooler or 5 year old why would they possibly need anything more than what you can buy with that? Of course I can understand using their birthday as a reason for splashing out on a bike, a garden toy, sandpit or something like that, but if that be the case I would say that would be their only gift! hahaha!  Soooo.. If you think I am on another planet or a bit mean, please read on and see how possible it is to make a kids day without breaking the bank or saving for months prior.

Here is how I got Ethan everything on his list for under £40!

The List:
1. Russian Dolls – My sister offered to buy these following a FB status laughing about his choice of gifts for his birthday.
2. A light House lamp – Grandma (my side) also offered to get this for him, again following said status.
3. Harmonica – £2.50 in Wilkinsons and I never expected it to be any more than “pocket money” price so bought the 1st one I found. This was red with a cute hand sketched Monkey on it!

The Next 3 are where the real Thrifty hunting comes in:
4. Lego – Living in a city we are lucky to have our very own Lego shop, it is a fun and a dreamy spot for kids and adults alike, but I also think its rather pricey and should I have purchased him a kit from there, it wouldn’t be much and likely eat a chunk of the budget, so I am afraid it was a no! Instead I know that both Wilkinsons and The Entertainer do a range that is “compatible with leading brands” and so hit there to see what I could get. I came away with just 2 small projects; a police car at £1 and a lorry £2 (more pieces), you can also fill a tub there for about £3.50 and a HUGE box to make is like £10. 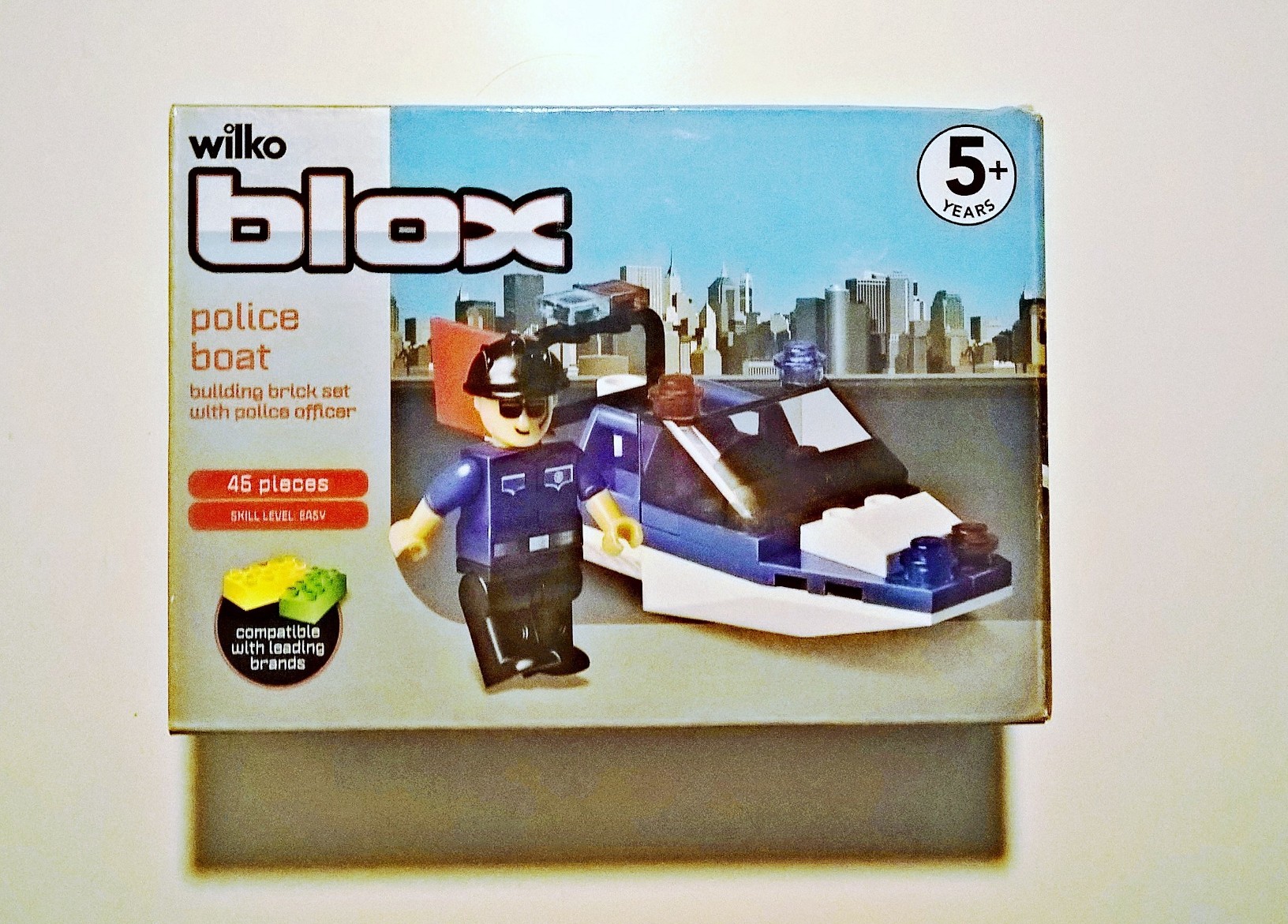 5. Hot Wheels – I wasn’t going to get Ethan Hot wheels for his Birthday as I explained it was too many pennies (£40 I think the one he wanted was) and that he wouldn’t be able to get anything else, so it was going to have to be hot wheels or Buzz? He chose Buzz and said hot wheels for Christmas, which we agreed.
BUT then… the day before his birthday I popped into Home Bargains where there on the shelf for £3.99 was their own version for a fraction of the price. It was a no brainer really, because there was a few quid left of the budget so why not surprise him with something he isn’t expecting for another 2 months? It turns out he has NO idea that it isn’t the real deal. He LOVES it and the quality is totally fine and functional too. He has played with it daily since! 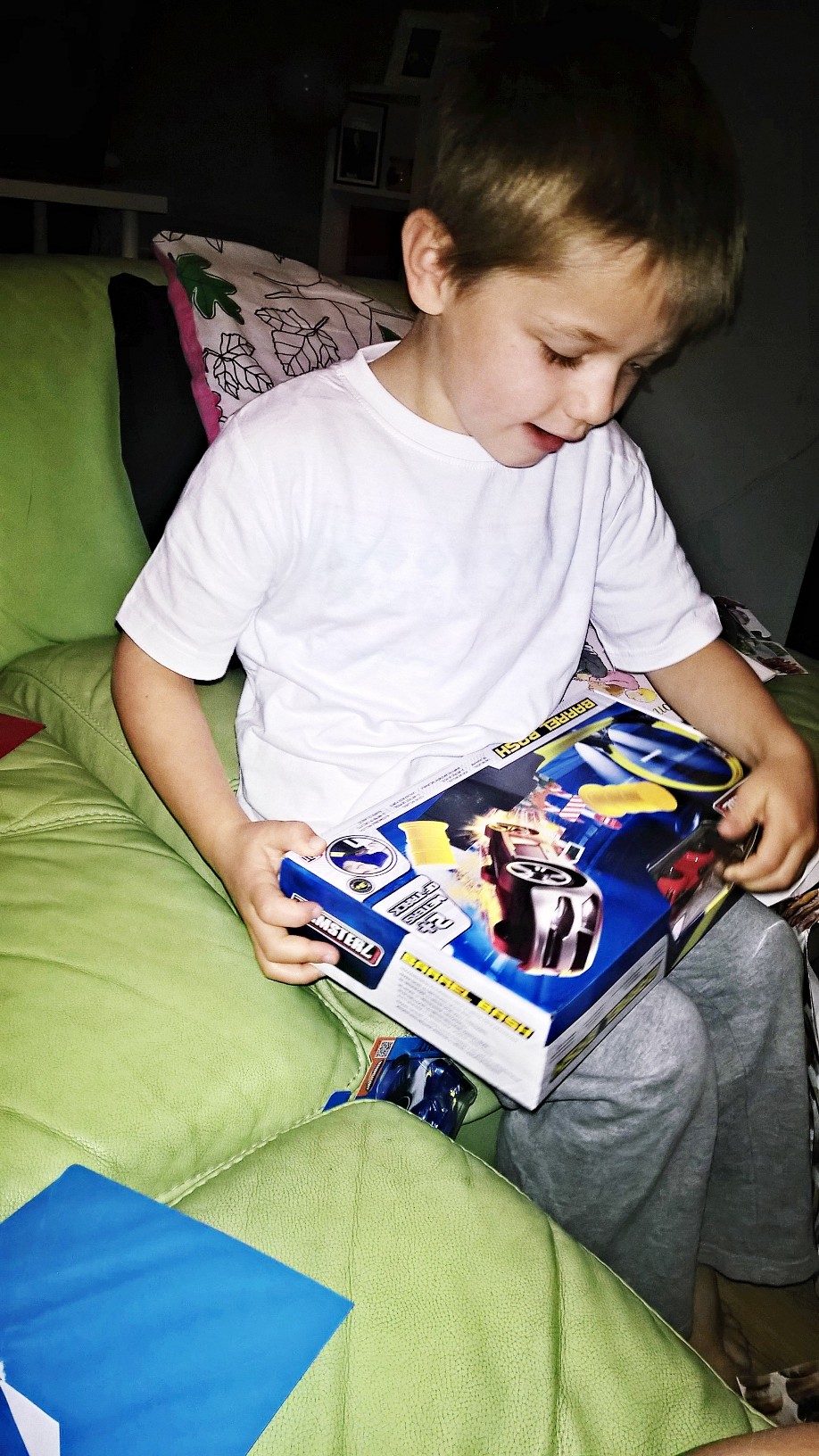 So now that I know how much he adores it, I also know they do a bigger version at £8.99 which I may just be popping back for when I do the Christmas rounds!

6. Buzz Light Year – I almost went against all of my instincts and was going to buy this for £26 in the Disney shop, this was by far the cheapest when I checked and It was his main present, leaving some budget for other stuff too, so felt good about it. But then I decided to just have a sneaky peak on ebay, and 24hrs later I had purchased one for just £11 in full working order and very good condition (she even put new batteries in it). 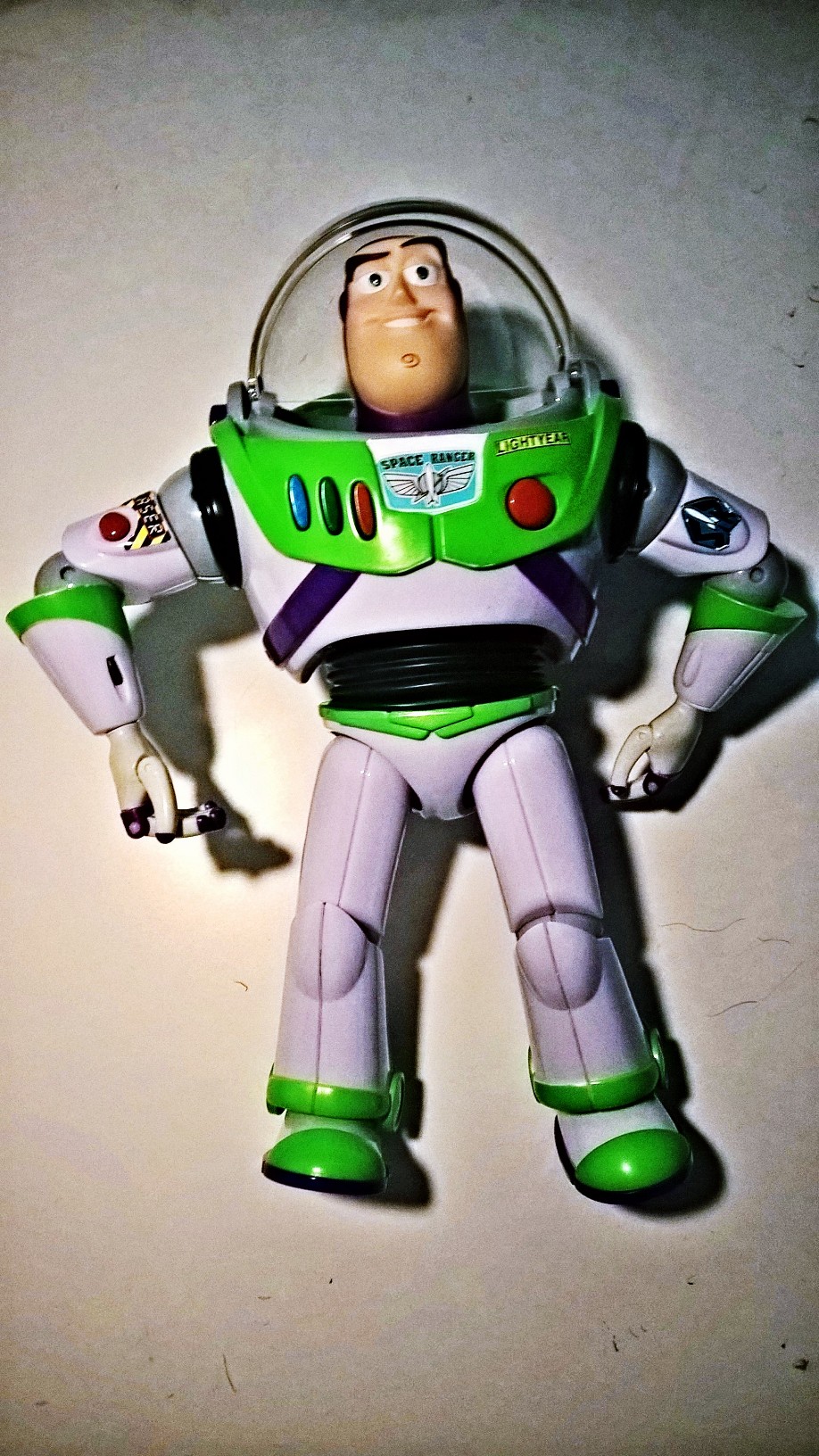 I could have cried when I saw his sweet little face when he came home from school to see a big box for him. He was so in love and has had Buzz by his side / in his arms since he entered his life! He has never once asked if he came from Disney, because he knows he came from “infinity and beyond”!!! 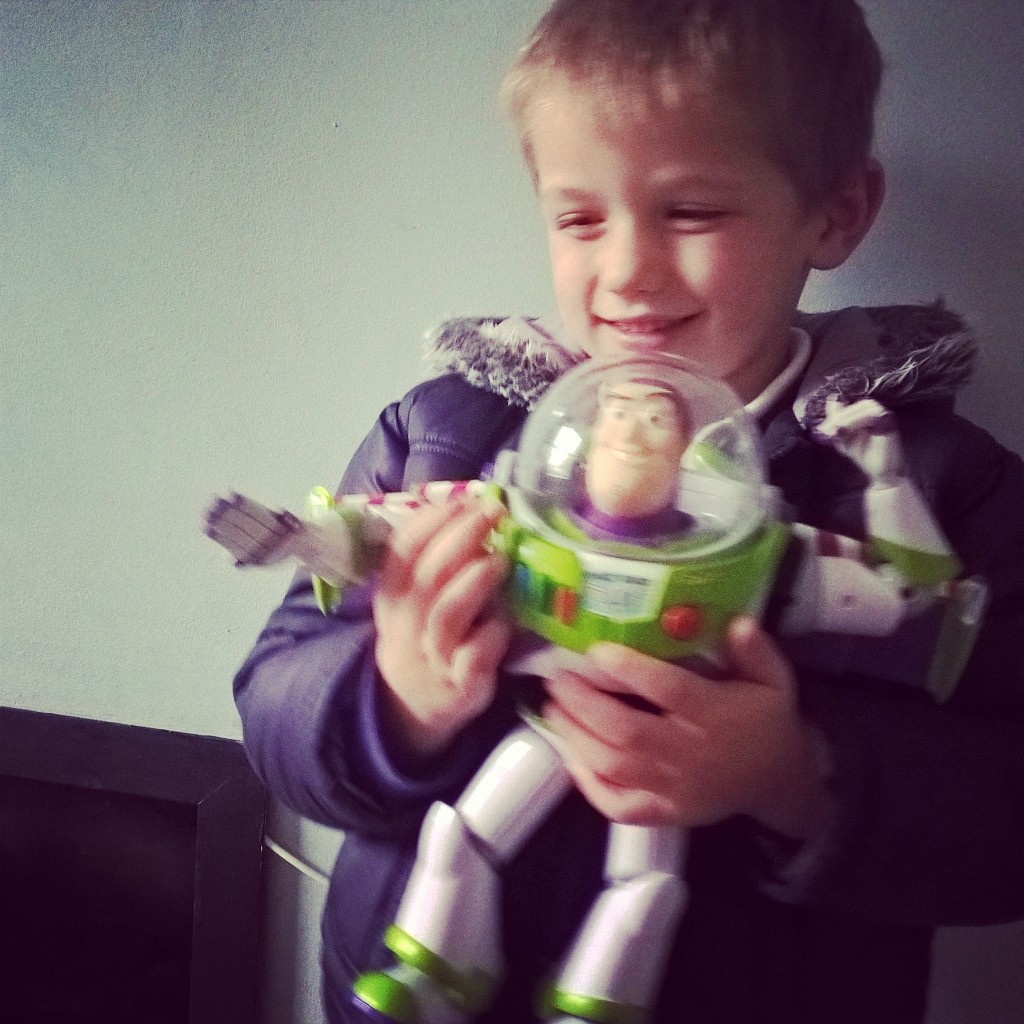 7. A pirate Ship – I bought this before he had even requested anything for his birthday. It is Legit Duplo and RRP about £40, but I spotted it in the Hospice charity shop at £4.50! Its funny because again prior to his birthday he mentioned he would like a pirate ship too, to which I responded with “well you have already asked for rather a lot of things, so we will see”, and he was okay with that answer. Again I loved the shreaks of joy when he was surprised with it on the day… 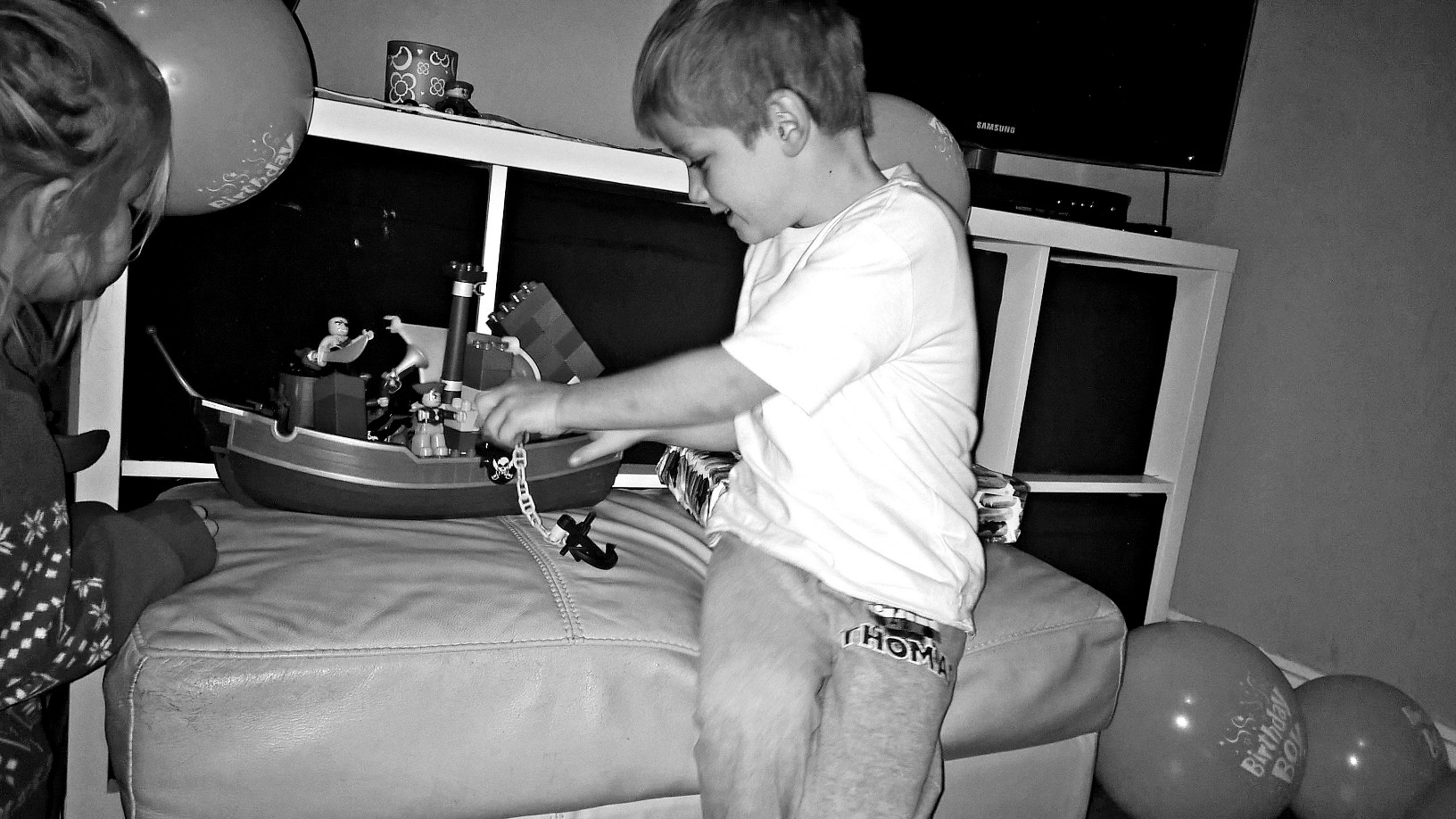 His pile was filled out with a CD book from the Charity shop, 2 T-shirts from the Morrisons sale, “Spooky Pjs” from Aldi, a tube of giant smarties, some spiderman robo-bugs (very cheap in Home Bargains), another Richard Scarry book (he loves them) and “were going on a bear hunt” – totalling his whole birthday and a VERY happy 5 year old for the beautiful price of £39!!!