Yesterday, little Alice and I met up with some friends for the “Baby Cinema”. I have been looking forward to going for some time and so was very excited to get an invite this week to see “Lion”. I suppose that the baby cinema itself is a Thrifty way to see a new film, and even suggested afterwards that Mr Smith take a Thursday off so we can go together. Its only £5 at the showcase here in Leeds (I think usually you are looking at almost double that) and its a great way to see films with out having to fork out for a sitter!

Whilst I have taken Alice with us to the cinema before and so knew kinda what to expect with her, I have not yet been in attendance at the very much anticipated “Baby Cinema”, and that in itself was such a love morning out. I loved to see all of the little babies on their parents knees, some with snacks, some breastfeeding, some snuggled up – so lovely and such fun. As I said we saw Lion, which was both very moving and just incredible…quite possibly one of the best films I have seen in a long while and a really great end to our week! 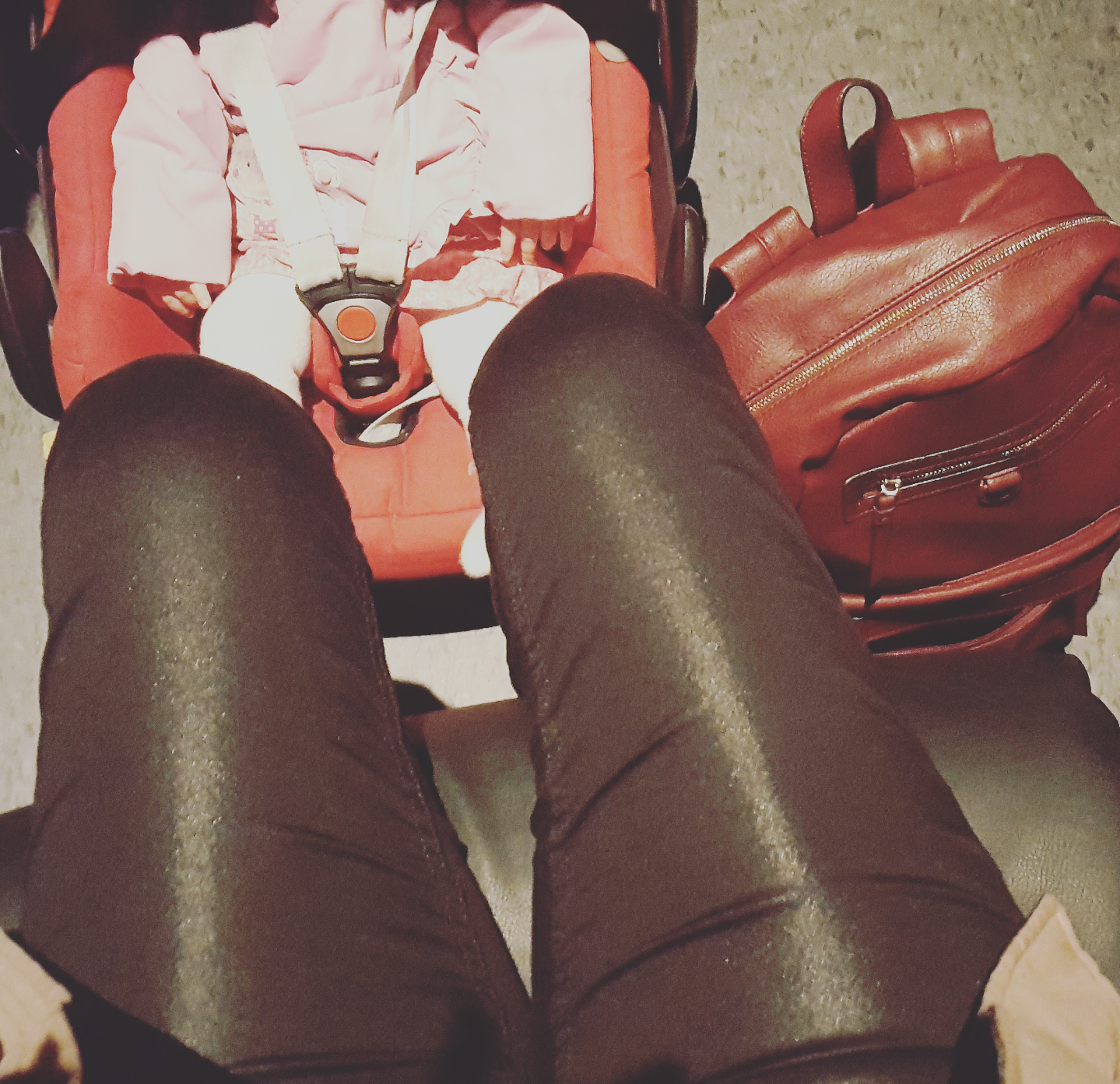 The cinema is certainly the highlight of this weeks adventures, and saving a tidy almost £5 on it isn’t bad either. If I am honest though I am rather glad to be seeing the back of this week, but only because it has just been a really hard graft and busy one. We have been working hard on some home improvements – something neither of us are any good at so of course it was not only physically hard but very stressful at times too.

When it comes to my home I have this big struggle of what I want it to look like and what my reality is. It’s no secret that I don’t particularly like this house anymore and are more than ready for a change, but then I have little motivation to make this look decent. I have tried this week, I really have and so here are a few frugal ways we have tried to make the home a little nicer and fresher.

Making a curtain over the cupboard space

This one technically was done last year but I only just got around to buying the curtain wire and putting it up. Buying a new kitchen can be a pricey affair and as we hope to move soon we didn’t want to buy one to potentially have the new owners rip it out and start again, and so we worked with what we had. We painted the cupboard doors duck egg (to match the paint in the lounge) and then I used some left over fabric from the cushions to make a curtain to hide where we store I don’t know what. It looks 10 times better and I really like how neat and homely it feels. The wire was 79p from the market and I’d say the fabric would have been about £1.50 for the piece I used.

Another money saving idea… We have had painted wooden stairs up to the kids rooms since we moved here, and whilst we contemplated buying carpets we figured they would more than likely be spoilt with them, and so we freshened up the staircase with a tin of floor paint for just £11.95 from Wilkinsons.

Freshened up the walls

Finally we just used up or leftover paint to freshen up some of the walls. The white landing at the top was done in the Yellow to match the rest of the stairs and landing, and the kitchen walls got a fresh coat of white. I mixed a pink £1 tester with some of the white and gave our smallest room/”the nursery” a bit of a feature wall. It all feels a little bit nicer and will hopefully be acceptable enough for when we come to put it on the market. 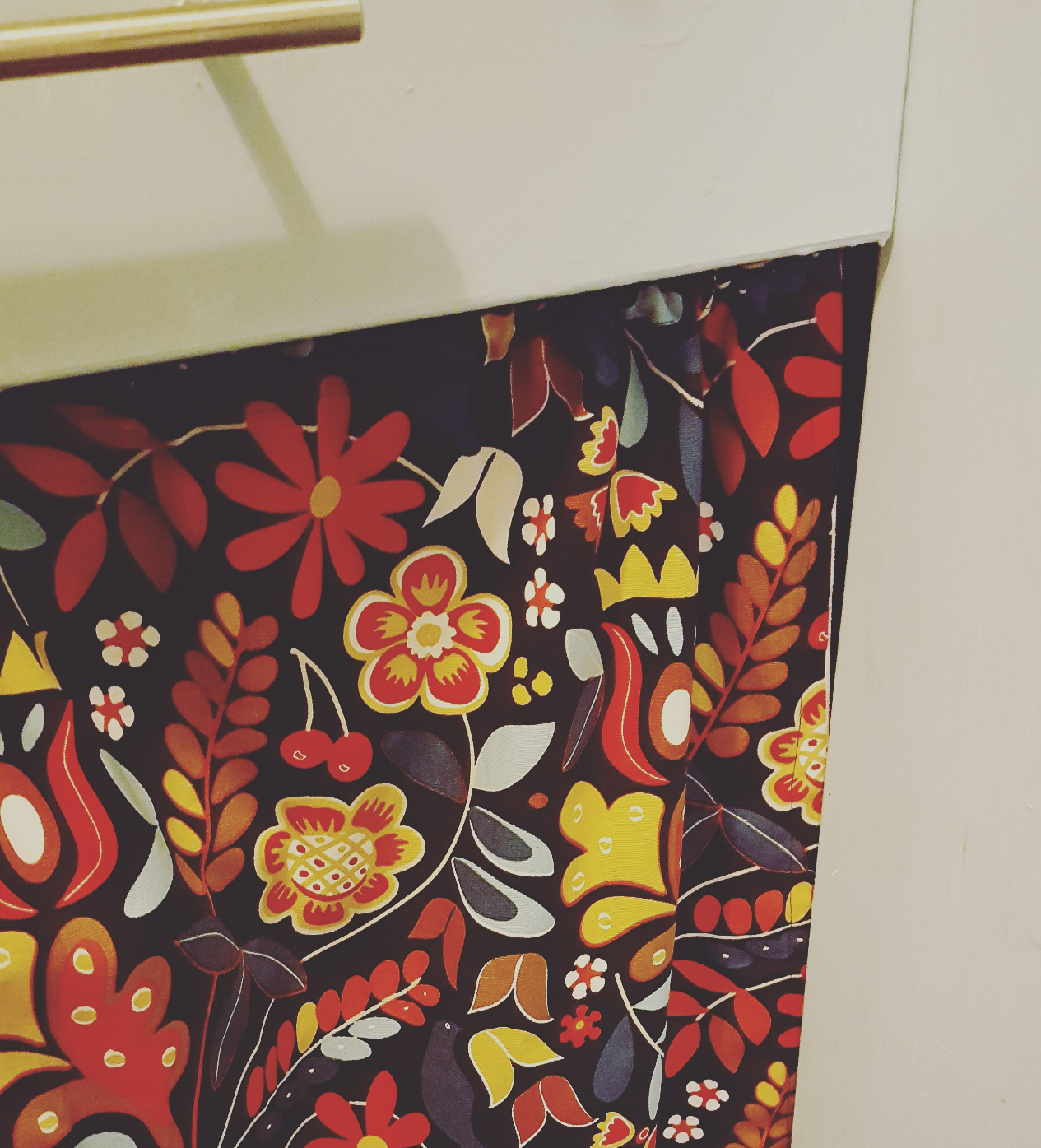 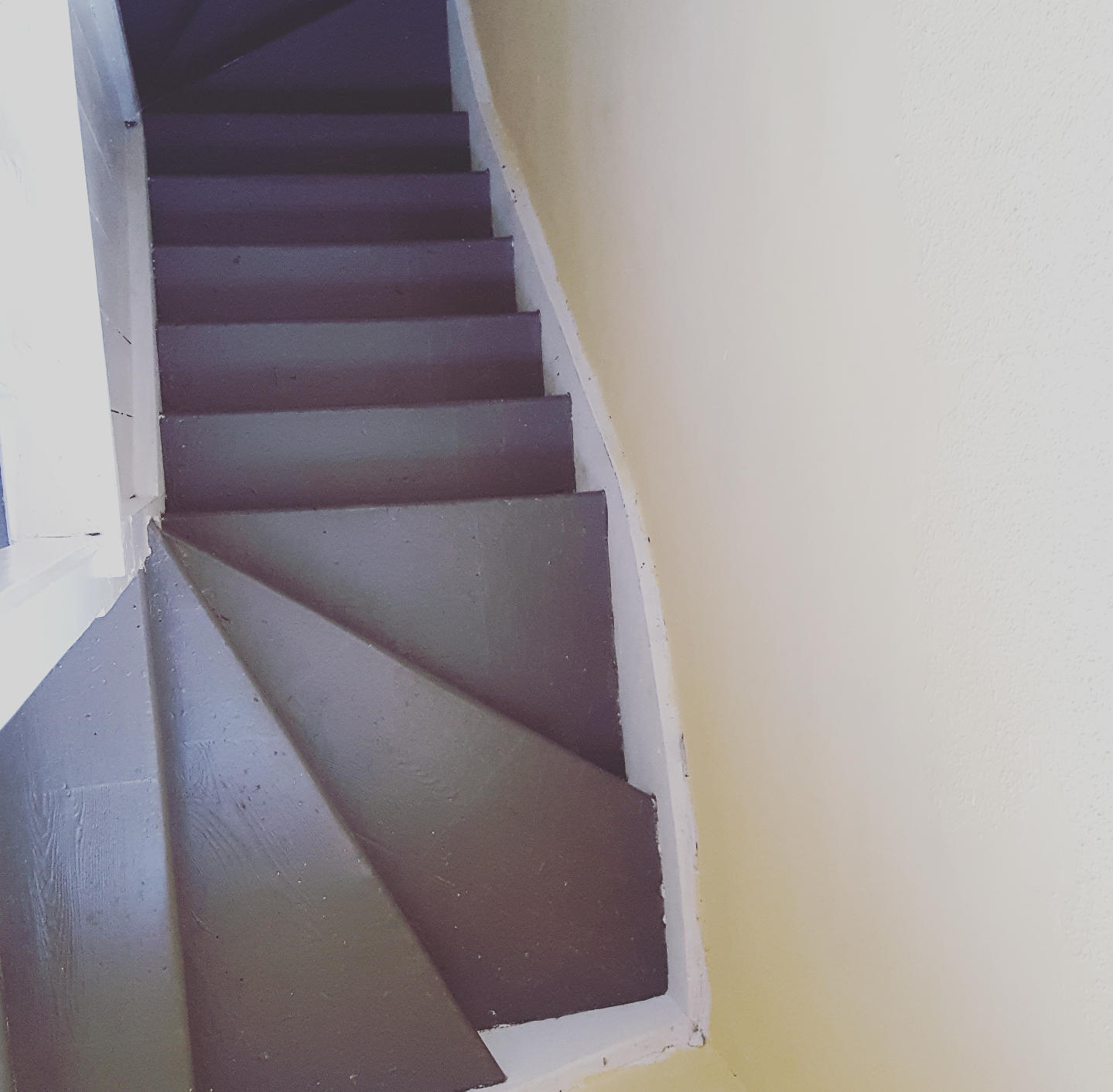 Pinterest is full of ideas to spruce up the home on a budget and I look forward to trying out more of those in the future, and at a time when I can get my teeth into some DIY projects I have more passion for. But for now these little cheap (and somewhat tacky) ways have tidied up the house without us breaking the bank.

I’m linking up with this Cass, Emma and Becky in this week’s ‘Five Fabulously Frugal things I’ve done this week’ linky.