Last week I was invited to the launch weekend of Hull’s newest discount Supermarket – Jack’s! As you know I am all for a bargain and having checked out their socials to see what deals they offer, I couldn’t wait to peruse their special buys for myself and also see how they compared to other discount supermarkets for our weekly shop too. So, on Friday morning we headed over to Hull to grab a piece of the bargainous action, and I was rather impressed with what I found (especially the bakery when you first walk in – yes please). 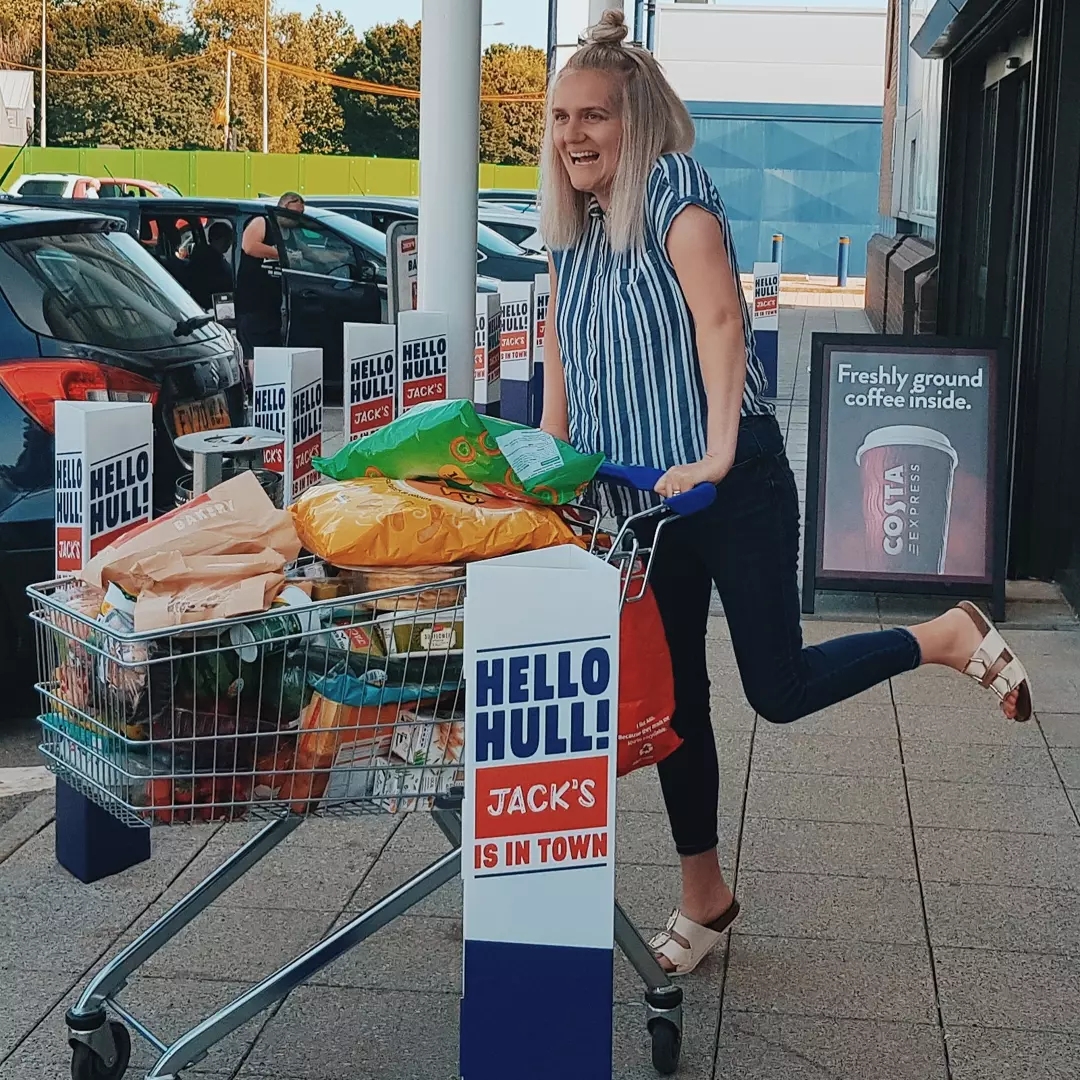 Jack’s is a new discount supermarket which is part of the Tesco family inspired by Tesco’s founder Jack Cohen. In 1919, Jack took his £30 demob money and sold surplus armed forces stock from his market stall in Hackney, East London. He had an eye for a deal and an intuition for what his customers needed and his stall was famous for making affordable food available to everyone.

Today at Jack’s, his legacy lives on in great-tasting food at the lowest possible prices bringing outstanding value. Jack’s love the flavours of Britain and are passionate about working with and supporting hundreds of regional farmers, growers and producers. 100% of their fresh chicken, fresh lamb and fresh beef are British all year round, and 100% of their fresh milk is British too. What’s more, they pride themselves on bringing customers products at outstanding value.

I usually shops anywhere between Aldi, Lidl and Tesco, so both the store vibe (think more warehouse style) and a chunk of their products (a few Tesco things) felt quite familiar and comfortable.

We are a family of 6, but obviously as Oscar is a baby, he is still all about the milk and so our weekly food shops cater just for 5 of us. We eat a mostly veggie diet and like most kids, ours are little gannets and seem to be ravenous on the daily so snacks are a biggy! For our groceries/weekly food shop we budget £75 per week. I am not 100% sure how that compares to other households, but from what some say, it is quite thrifty or maybe average? Either way, I am pretty good at getting it around that mark (if not cheaper some weeks)!

So with this as my goal, and their promise to deliver on quality as well as price, I was interested to see if I could get a weekly shop from Jack’s within budget … and the answer was YES – I most certainly could (and with different dinner options, I also could have probably spent less).

In total I spent £70 on the food shop and picked up some cards too (£1.25 in total extra for 4), as well as spotting a space hopper for Alice’s birthday for £4.50 which I thought was a great deal (as this is a gift and reimbursed by mum I am not counting it in my total spend).

For my £70 spend I was delighted to get everything we needed for the week; I bought 2 boxes of cereal, Oat milk, eggs, choc & hazelnut spread and berries (for pancakes) for breakfasts. Breads, cheese, egg mayo and pesto for pasta and sandwiches for lunches. And then ingredients for a roast dinner (which fed us and a few guests too with leftovers), Fajita’s, roasted veg pasta bake, Chick pea (and leftovers from the roast) curry & Naan, Pizza and salad, and then quorn nuggets and oven chips for a quick “treat tea” for the kids as we were at a wedding on Friday night.

I then also bought some treats from the bakery, a load of snacks (crisps, cheese strings, bread-sticks, cereal bars etc), ice lollies, a watermelon, fruit (apples, bananas, plums) and fruit juice and yogurts. I also grabbed a couple of extras for the store cupboard/freezer too within this that will make a couple of other meals with the stuff we already have in! 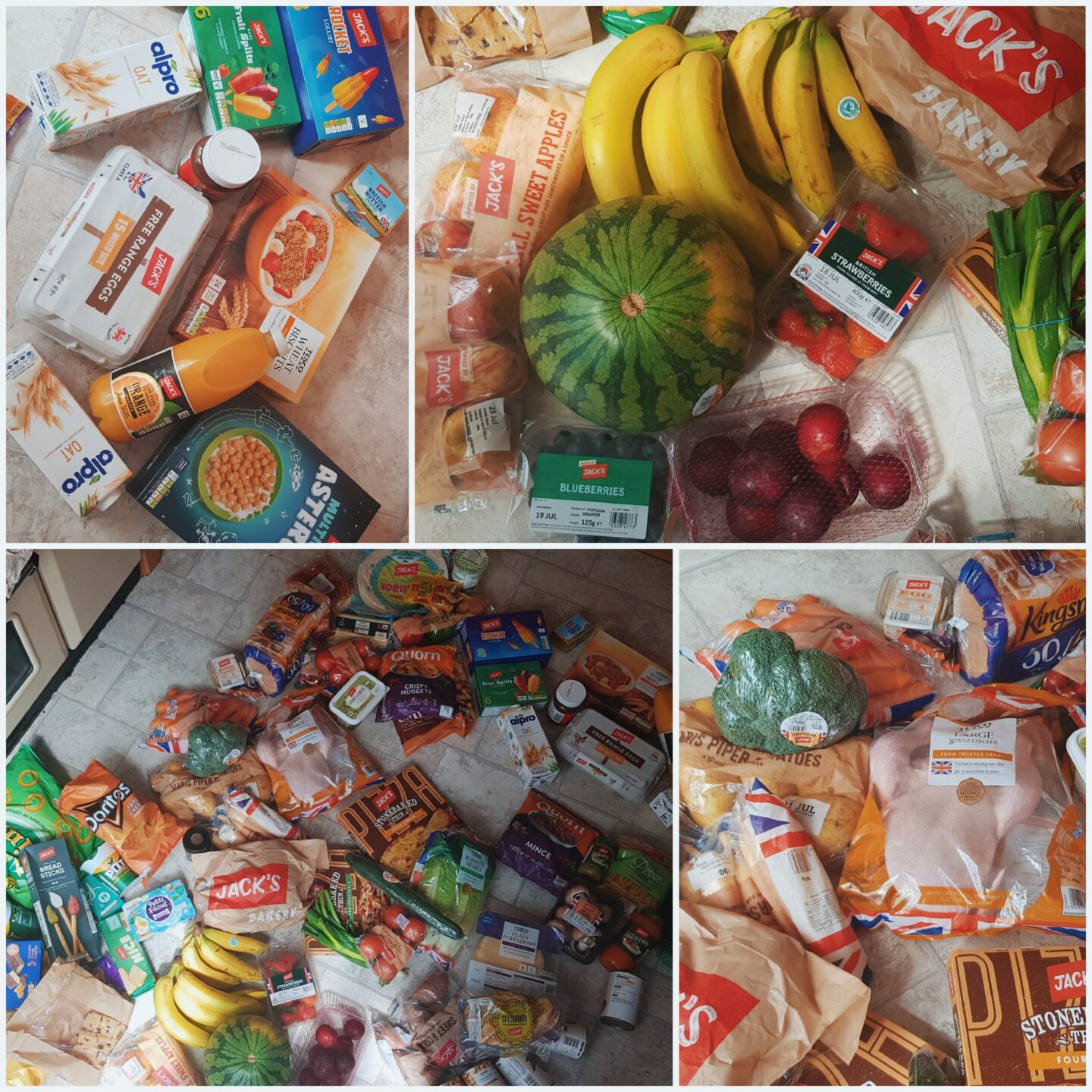 It’s safe to say I was more than happy with what we got and delighted it came with in budget too! I have also been pleased with the quality of the produce I bought and everything has been really tasty so far. I was impressed that Jack’s certainly make it possible for you to feed your family healthy and tasty meals, without blowing the budget and obviously other meal ideas could have cut the cost further too.

There is a great mix of familiar Tesco products (and meal deals) as well as branded stuff and Jack’s own brand too (which tastes as good as most of the more well known brands). They also have a great fresh selection and like other supermarkets have their own deals on fruit veg. In fact, their Fresh Five brings new fruit and veg offers every two weeks, always at outstanding value. So there is always something new and healthy to try with prices from as low as 35p! 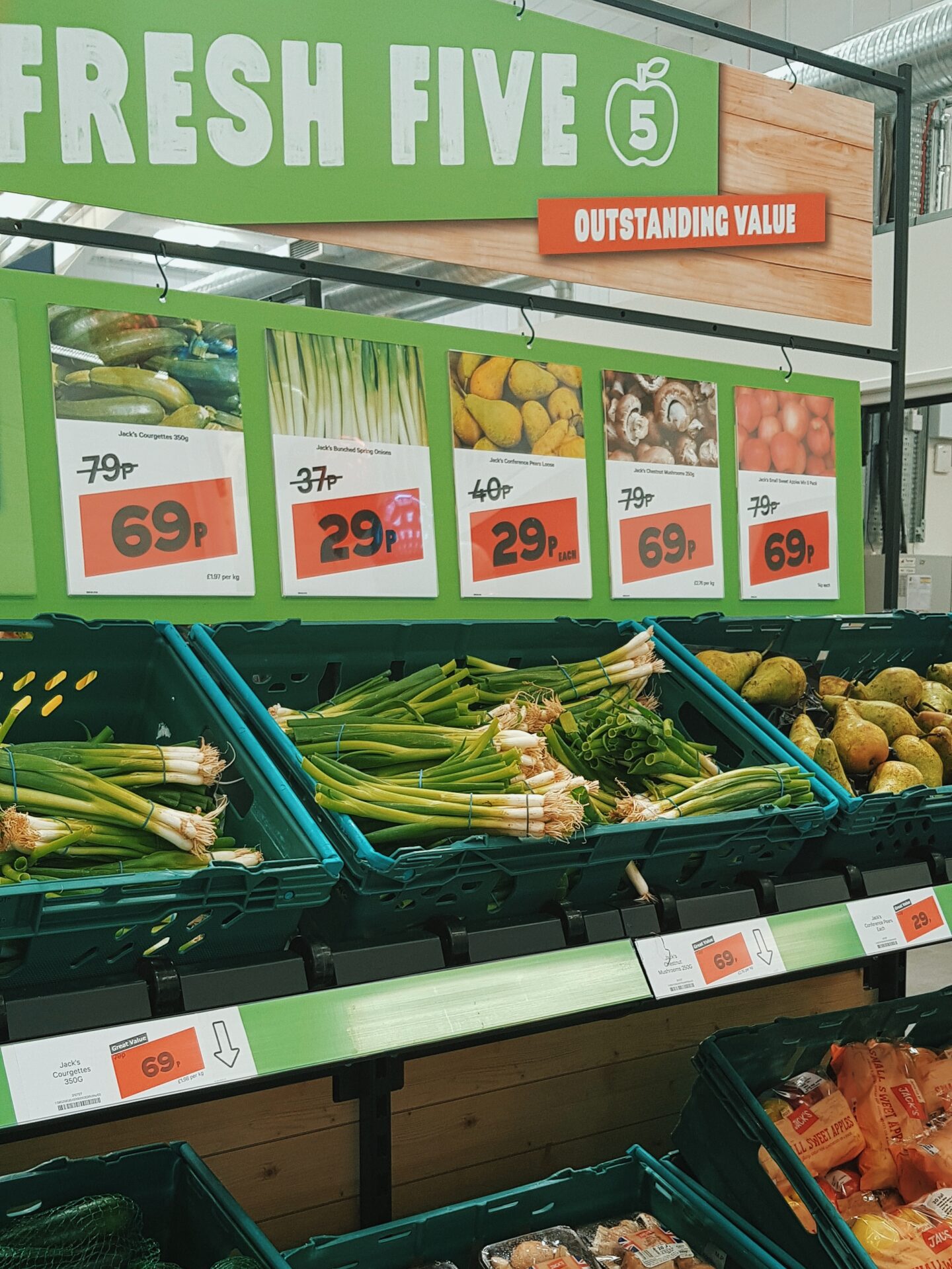 One of the best things about discount supermarkets is that middle aisle of special buys. You know the one… you go in for bread and milk and end up coming home with a kayak or hot tub. Well, Jack’s too has joined the party on this front and I was greatly impressed by their “WIGIG” (when it’s gone, it’s gone) section. And yes – they even had hot tubs under £300! However, it was a large paddling pool for £30 (totally regret not getting it after this heatwave) and outdoor rugs for £12 that caught my attention, as well as a lovely wooden mud kitchen, and of course the space hopper! Apparently they also had ice cream makers which I must have been blind to, but am considering going back for!     .

Every Thursday they launch new products in their When It’s Gone It’s Gone (WIGIG) middle aisle, and offer a wide range of products. There is always something new to discover (like said Ice cream maker) from homewares to electricals and from kids’ toys to garden furniture – all at unbelievable prices. But of course you need to be quick to grab them, as when it’s gone it’s gone and before you know it, you have a heatwave and wish your paddling pool was much bigger or you were mixing your own ice cream! 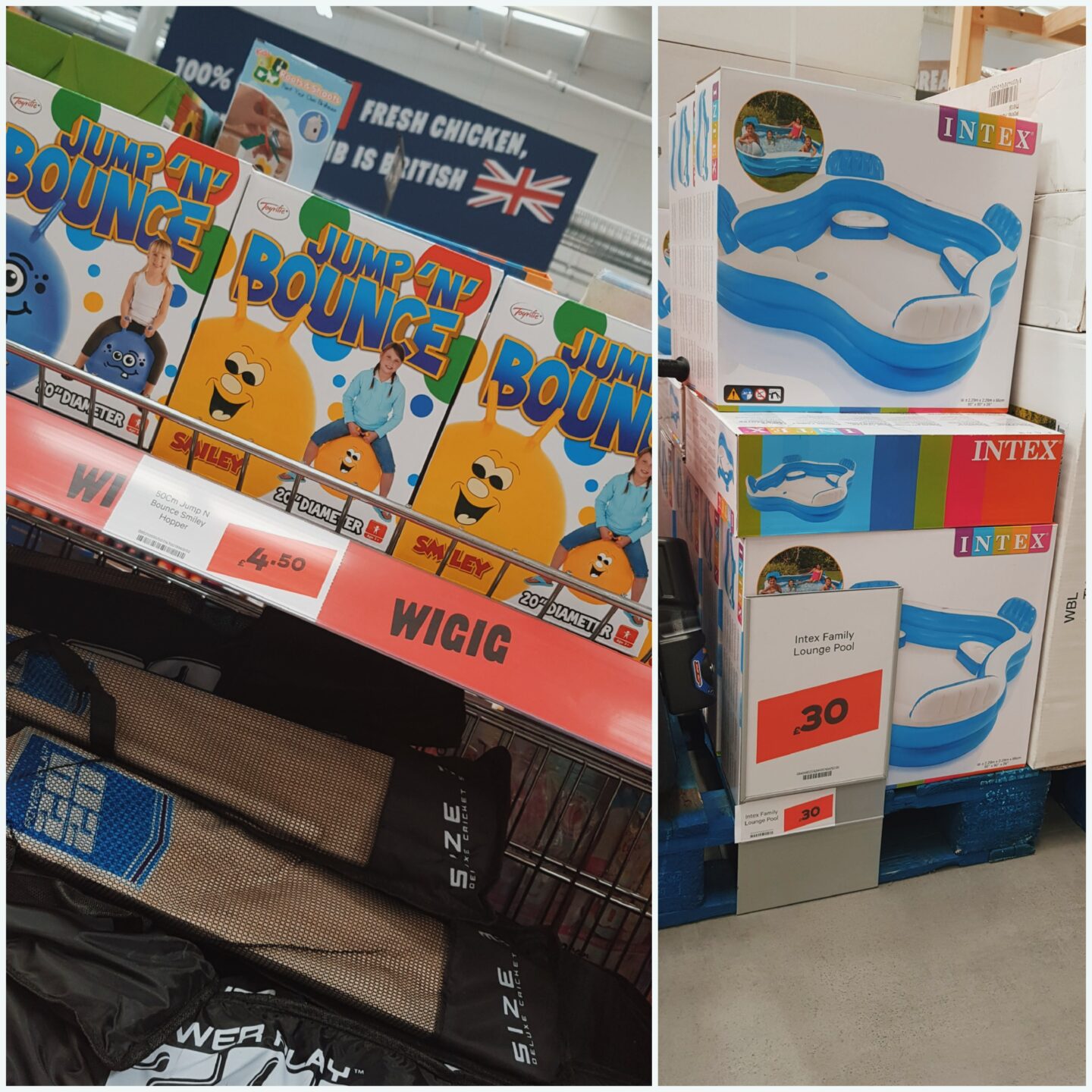 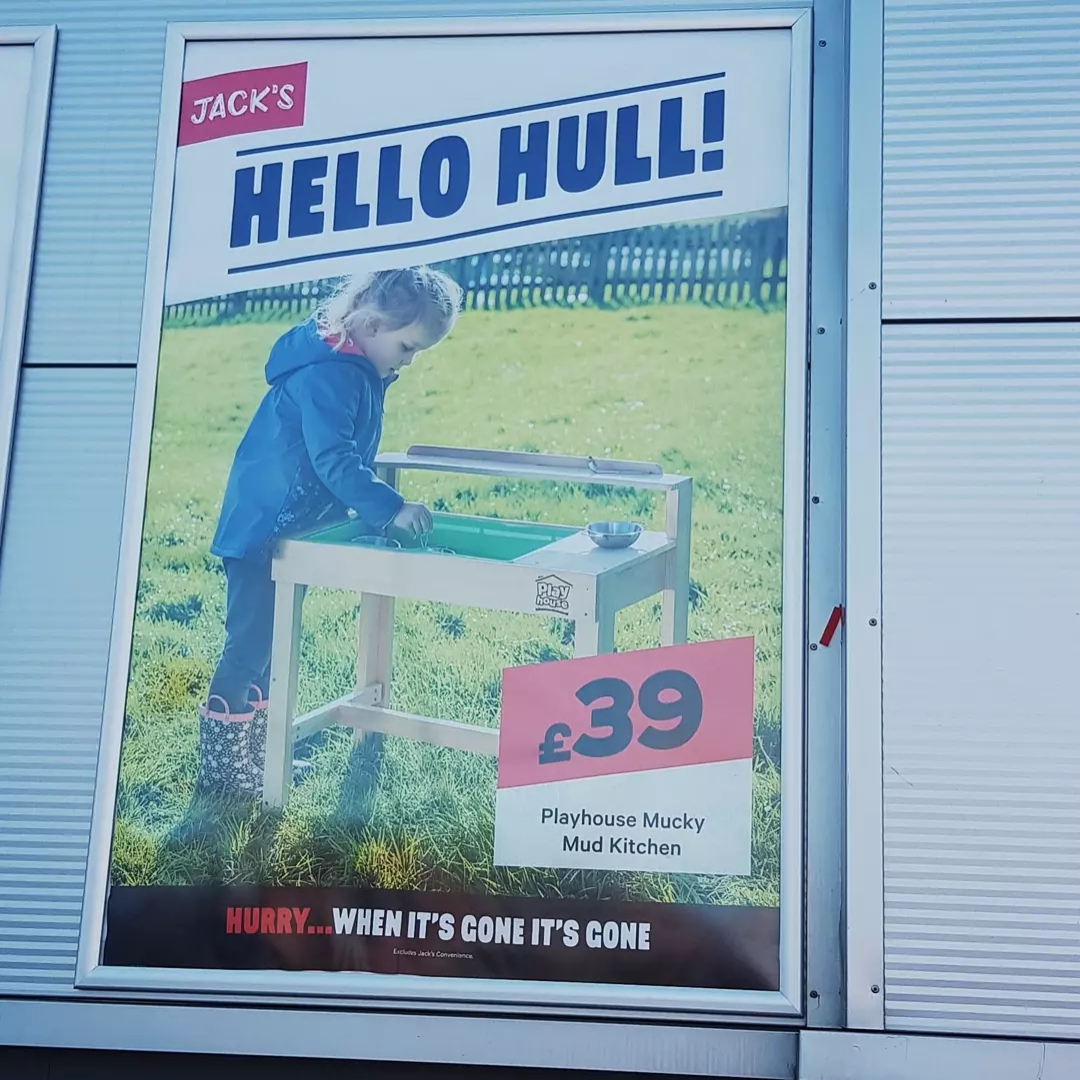 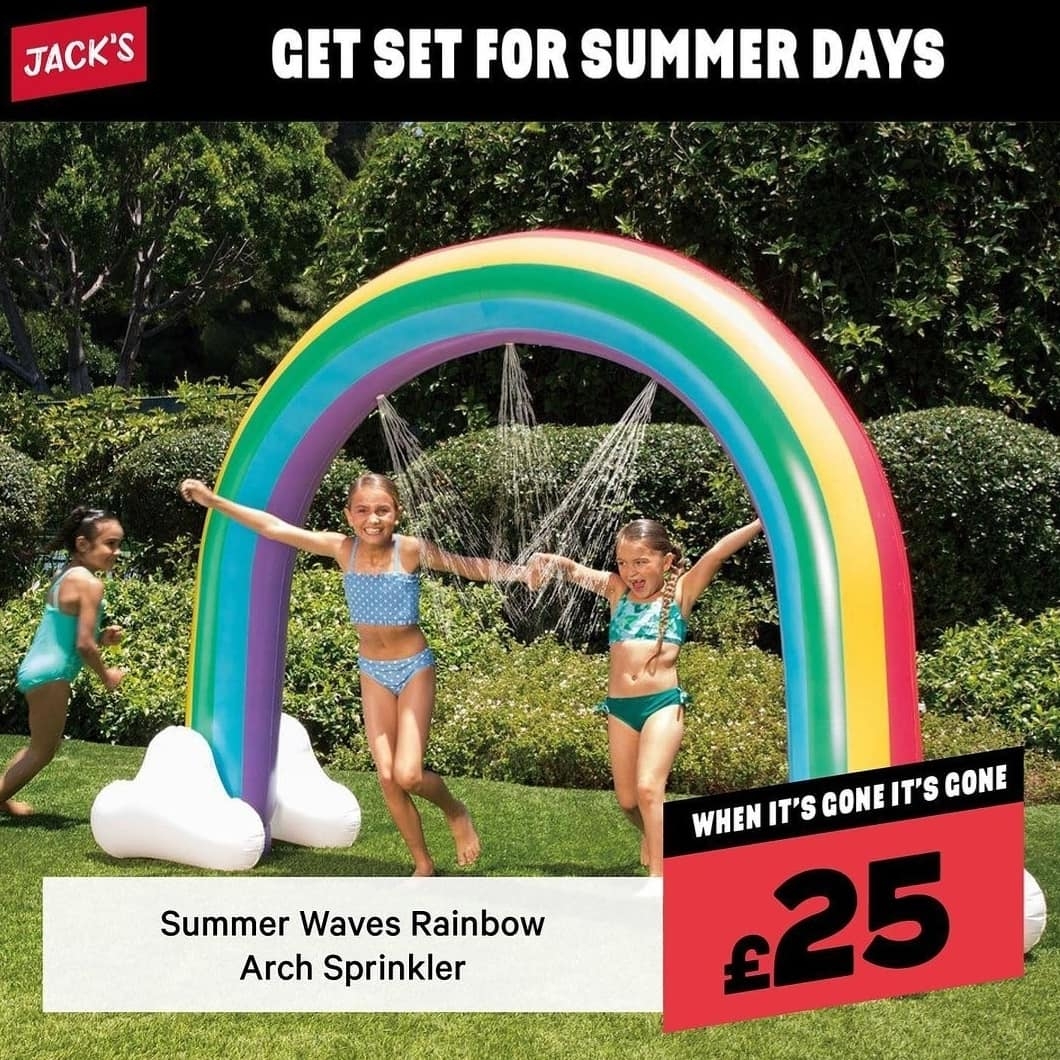 This latest store in Hull is Jack’s 13th, yet even so I have had a few people both in person and online comment that they have never heard of Jack’s. No problem, nor had I until a couple of weeks ago. But now that I do, they are definitely on my radar (and social media) to keep an eye on their deals and offers. My nearest one is Hull (obvs) and whilst it is slightly further than I would like for a weekly shop, it’s close enough for a regular visit to grab some baked goods and special buys.

Jack’s have 12 other stores throughout the UK, so why not see if there is one not too far from you either.

Find my nearest Jacks and find some amazing deals! 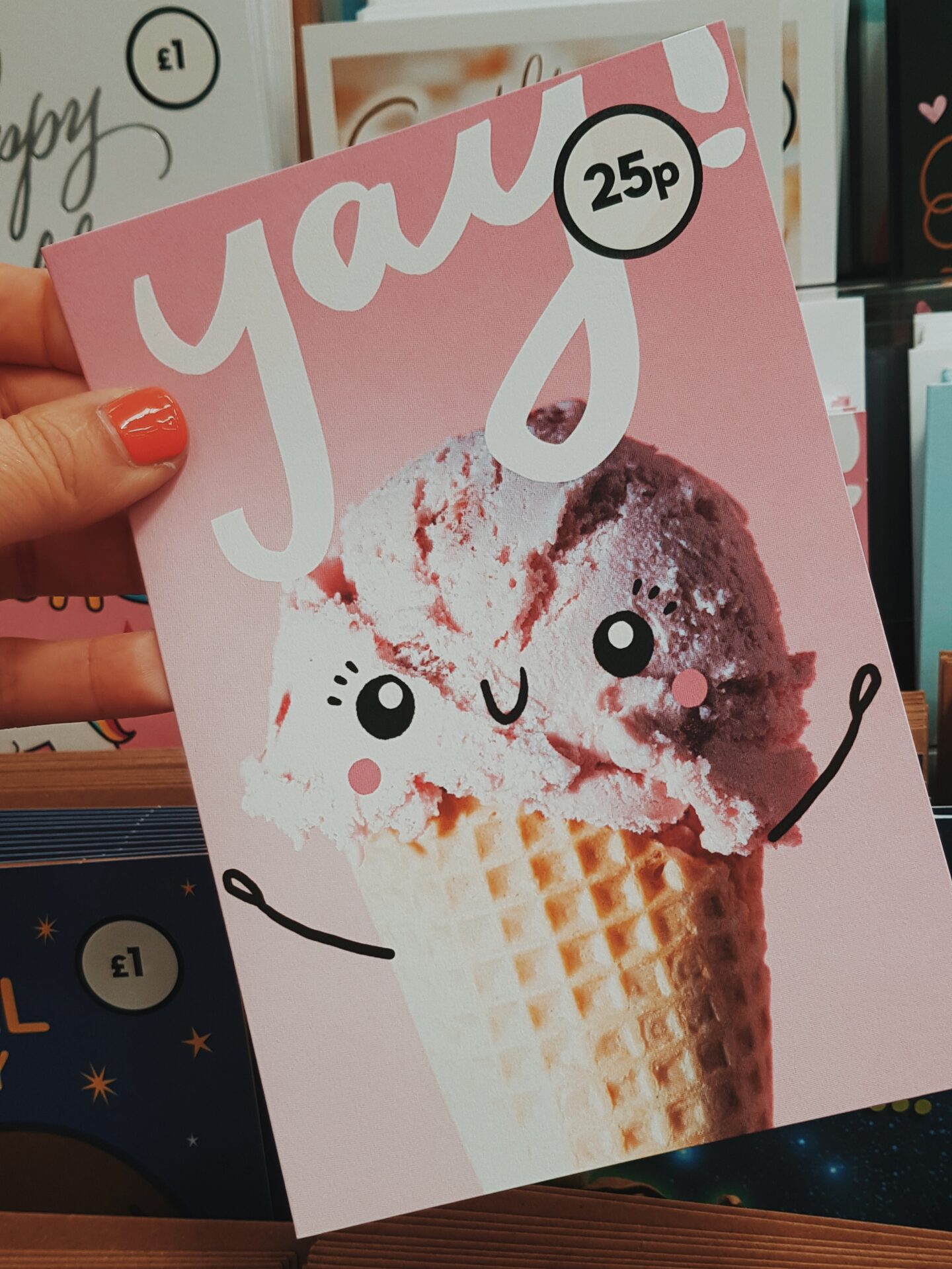 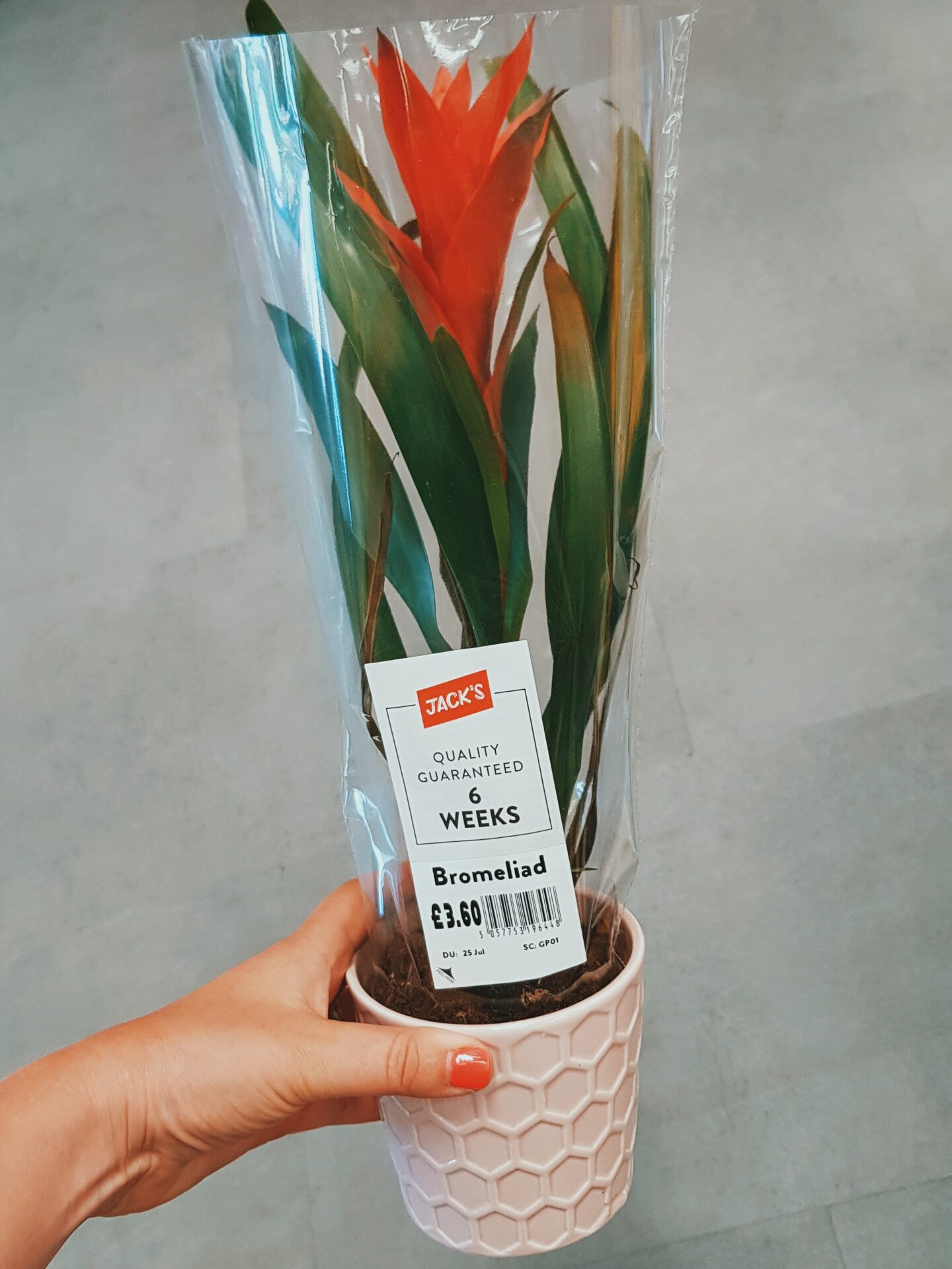 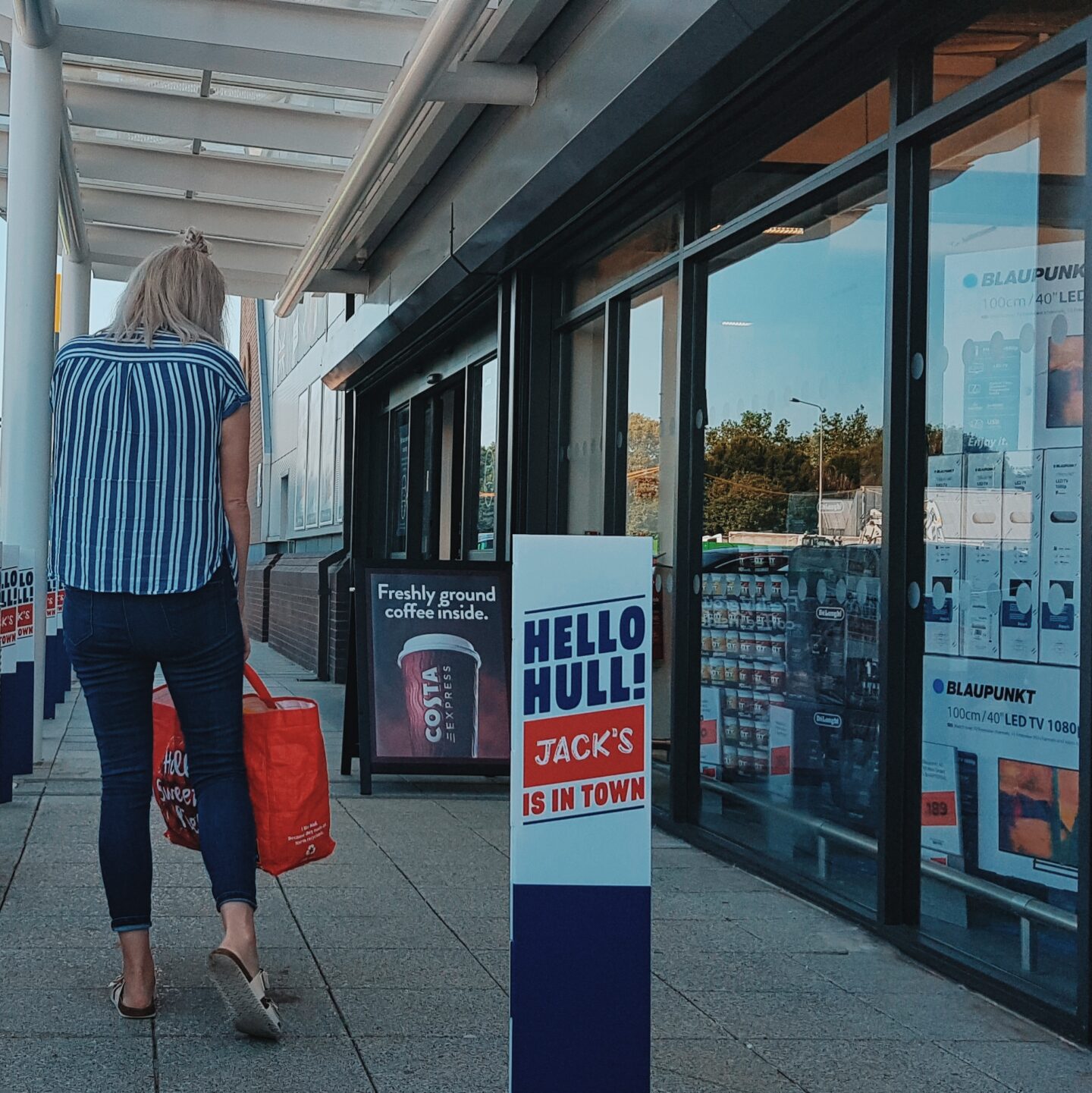 *This post is in collaboration with Jack’s. We have been working with them on a paid partnership in return for an honest review. All thoughts are my own, and images too (aside from the rainbow inflatable image which is taken from their social media).