Last night, my sister and I headed to Hull Truck Theatre to see their latest masterpiece  – The Hired Man. It is an epic and heroic tale of love, betrayal and loyalty, which left the majority of the audience wiping tears from their eyes and rising from their seats in appreciation. It was a combination of emotions throughout; from whit and humour, to harrowing reflection, tension and heartache, which was executed wonderfully, and we blumming loved it! 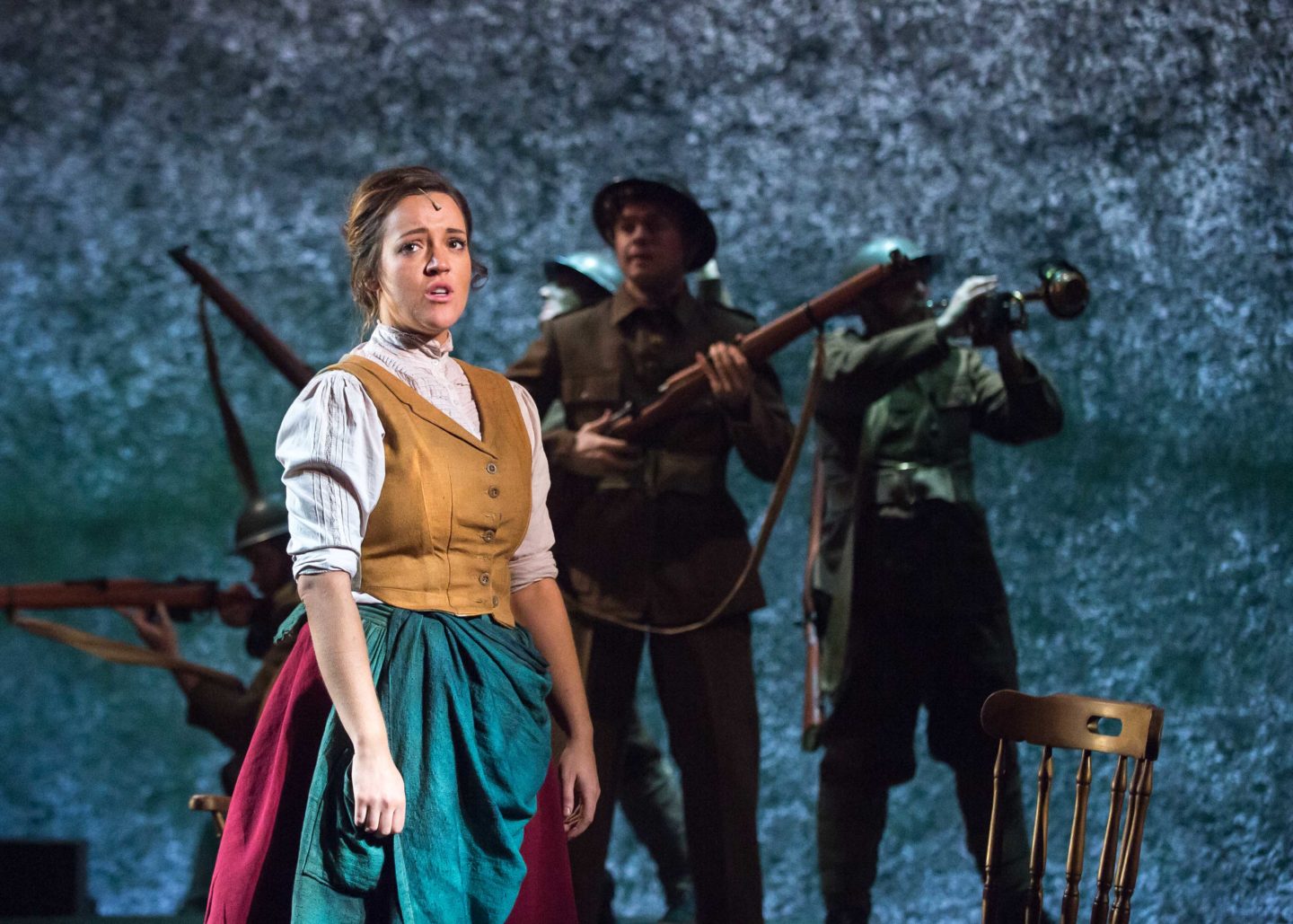 Based on the stirring novel by Melvyn Bragg, The Hired Man is a musical with a superb score of rousing foot stomping rhythms and soaring choruses by Howard Goodall (the award-winning composer of West End hits Bend It Like Beckham and Love Story). It is set in Cubria in 1898, where whippet racing, hiring fairs, hunting and drunken antics collide. It is at a time where men labour intently for their families above or underground, and where women dream of only marriage and keeping a home – labouring just as hard in their four walls and being the rock for husbands and children.

The Hired Man follows the passionate tale of John and Emily, a young married couple, and their moving story to carve a living out of the land. The first act was mostly light with a good element of whit! It set the story and showed the dynamics and struggles for John and Emily as they tried to support one another and find balance within their fairly new marriage. There are moments where you wonder if their love will endure, and moments where you really feel for them.We left for the interval speculating what might unfold…

I was so impressed by the musical talents of the entire cast. They sang so beautifully and passionately and some switched seamlessly between characters – each one demonstrating an array of talent, with many singing, acting and playing instruments. I loved how they were the orchestra and cast all rolled into one – it was incredibly creative and a little quirky too. It was great how the instruments became woven into scenes beyond that of creating the sound for the play, with cello’s doubling up as dogs and violins becoming farming tools. So clever!

With very little in the way of props and set, there was no denying where we were and in what era. The simple set of a mechanical circular stage on a backdrop of the fells, was used implicitly well, with effective lighting to create mood, night and day, the mines and even war! I loved that the simplicity of it all put focus onto the moving execution of the play itself and worked with the imagination of the audience too. 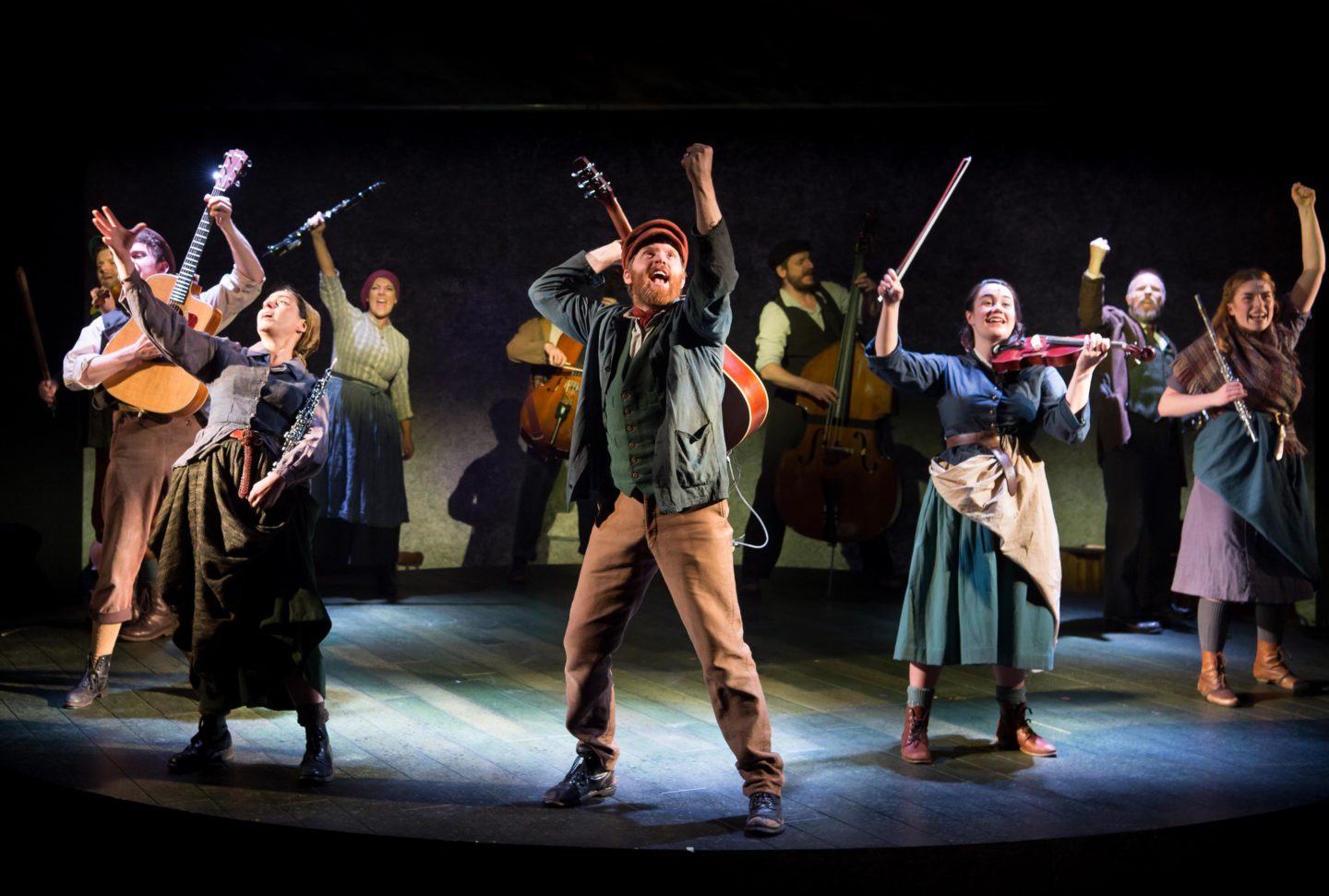 A solemn silence fell upon the audience in the second act, and many were left in tears as the story was propelled forward about 15 years. It was here that the play really moved me also. It covered the distress of the first world war and the dangerous life down the pits! We saw John and Emily agonise over the future of their children, and we saw the effects of war hit them hard and others too.

The scenes of the trenches in France were by far one of my favourite parts of The Hired Man – they were breathtaking and harrowing. The combination of slow motion, music and lighting effects brought to life such an agonising piece of history so excellently. They carefully portrayed lives that were lost because of pride, and the effects on family and communities. The effects of war ricocheted through the remainder of the play as further pain, loss and a fight for love ensued. 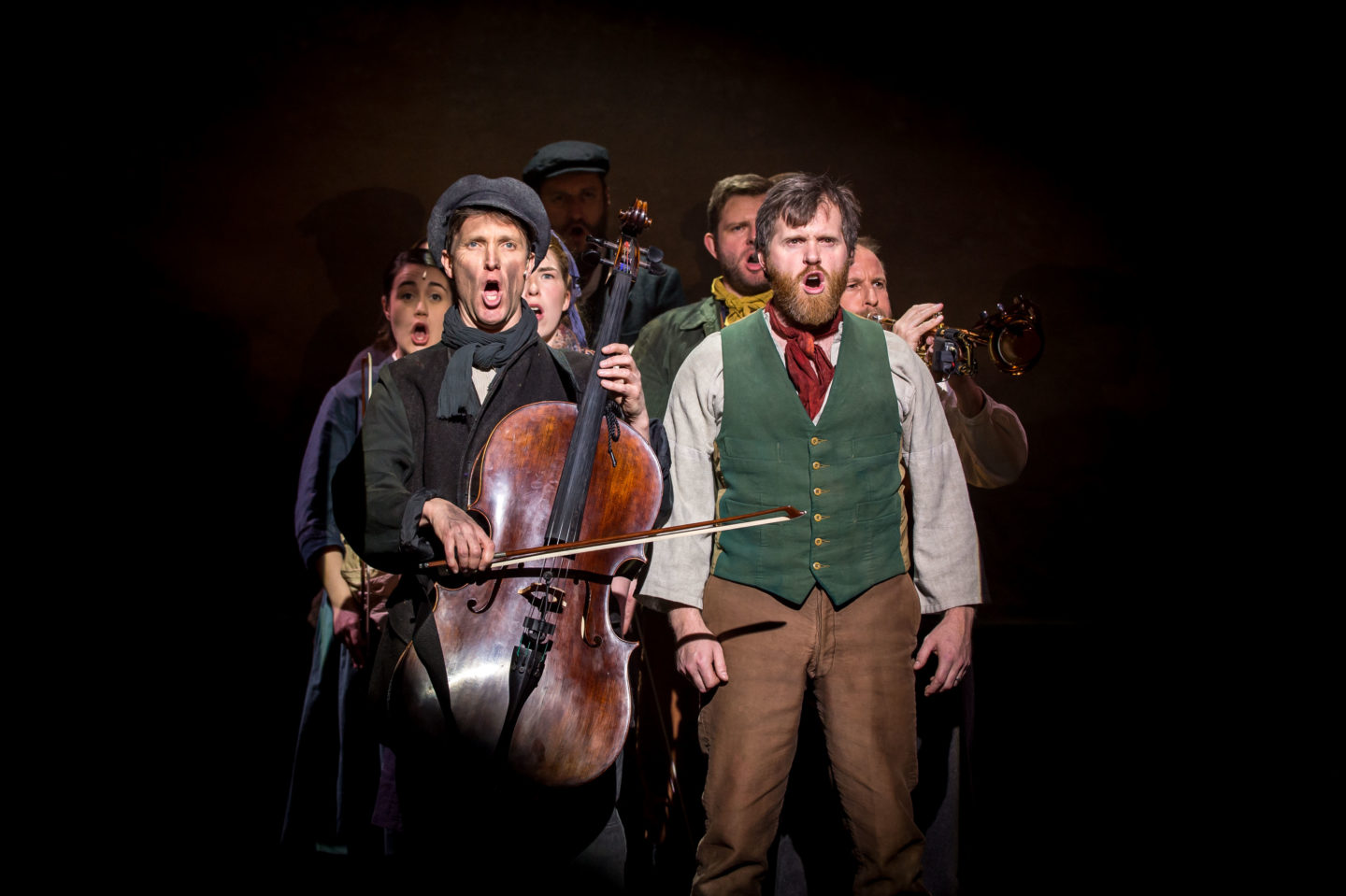 The Hired Man takes some getting into (for me at least) but it was incredibly creative and beautiful. I loved how moving and dramatic it was in places, and I loved the use of the simple set. It was creative and the music was stirring and catching. It is certainly worth checking out.

So, for a musical tale of labour, love and loss, get yourself to Hull Truck Theatre before the 15th of June to catch what has been labelled “The best British Musical in 40 Years” and has three nominations in the Off West End Theatre Awards. Tickets are £24.50 – £10 (CONC. AVAILABLE) 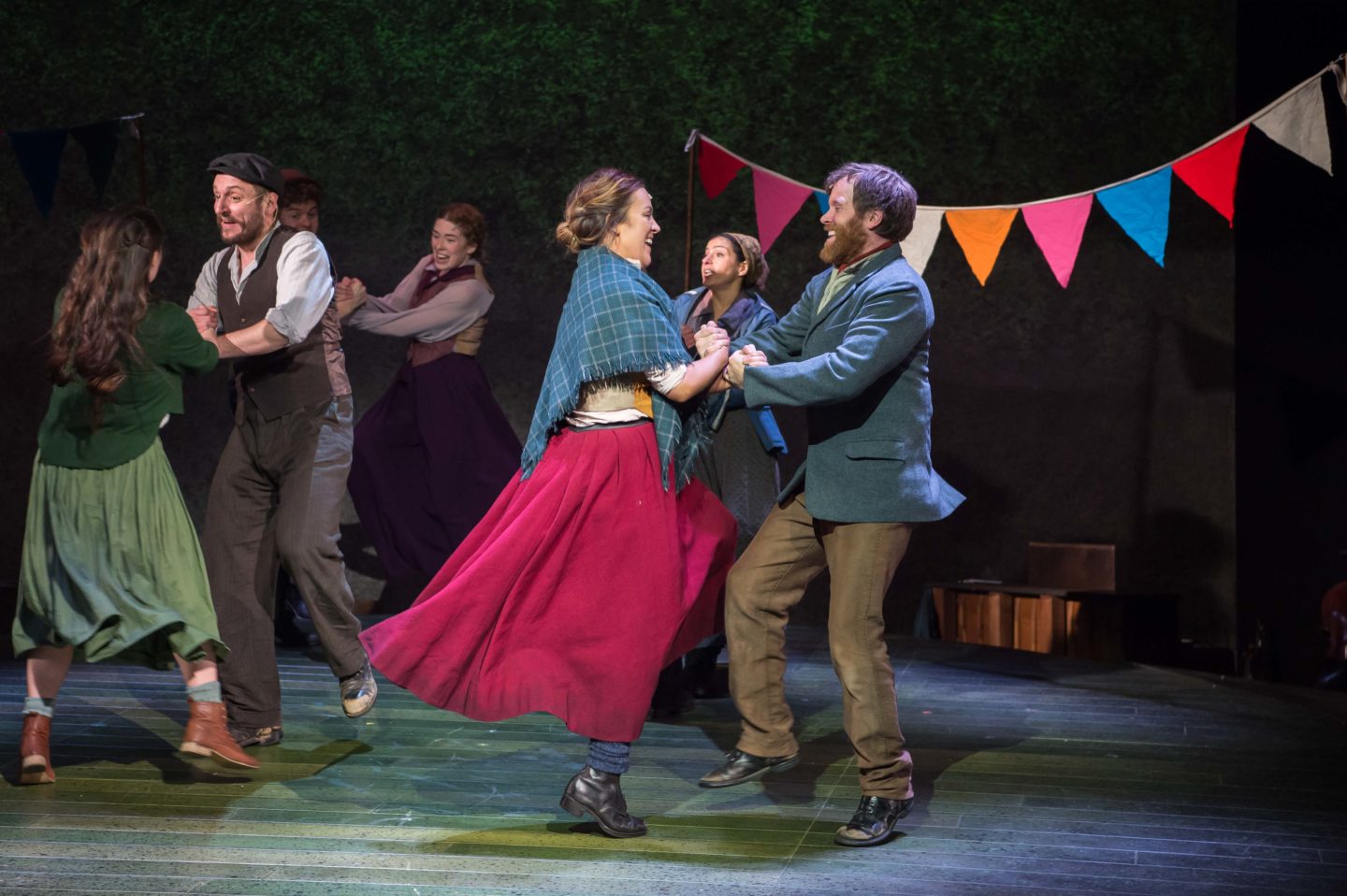 *Thank you to all at Hull truck, especially the cast for such a wonderful performance. Tickets were complementary in return for a review.