This Christmas Season Charles Dickens classic tale of the young orphaned boy –  Oliver Twist hits the stage at Hull Truck Theatre and in true Hull Truck style it has a few “twists” of its own! Following the huge popularity of last year’s A Christmas Carol, writer Deborah McAndrew returns with a show packed with dance and song, including traditional carols, folk tunes and new music. Directed by Mark Babych it was both an enthralling, and a little dark, when my sister and I had the opportunity of seeing it on Saturday evening. 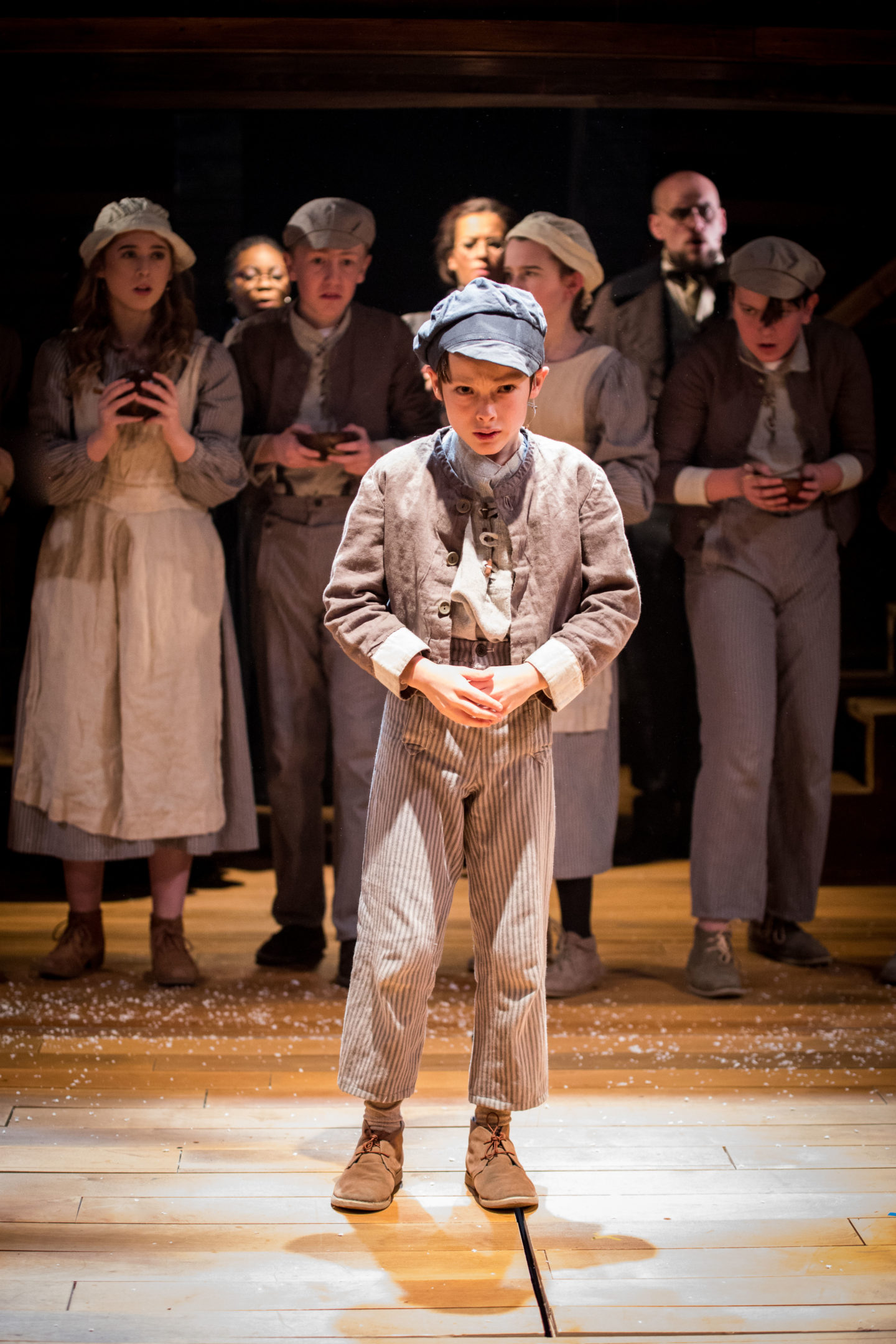 After waiting literally the whole year to see this performance, I had high expectations following last year’s Christmas production, and I am glad to say that I wasn’t disappointed (expect of course for no “consider yourself at home” , but don’t worry I sung my own on the way home!). A huge flood of excitement hit as we entered the Heron theatre to be faced with an incredibly creative set that brought the performance into the audience and gave us a real feel of Old England, with its workhouses and city vibes!

The performance started and ended with a beautiful mix of traditional carols and snowy scenes that ignited a large dose of Christmas cheer and festive sparkle! The rest of the play however was far from these serene festivities as the cast gave an excellent performance depicting a story of courage in adversity. It had the usual chronology of a baby born in a workhouse, an orphaned boy asking for “more” and consequently being cast out to the undertakers as an apprentice. It follows Oliver as he seeks a new life in London and is taken into the “care” of ‘The Artful Dodger’ and Fagin, before discovering the truth of his past and finding a future far more than he could ever have imagined as a lonely orphan boy.

I loved that story unfurled with all of its original highlights and so felt familiar and easy to follow, yet it also possessed several strands of comedy as well as darker, more emotive scenes that made it a real roller coaster. Each character was brought to life in a wonderful way, and I especially loved (*spoiler alert) the strong feminist vibes that came through it via the characters of sweet Rose, ballsy Nancy and then Fagin and The Artful dodger – who in this version are also cast as women. They all meshed really well together. Flo Wilson made an excellent Fagin and we really enjoyed watching her alongside the marvellous cast of children that worked for her. 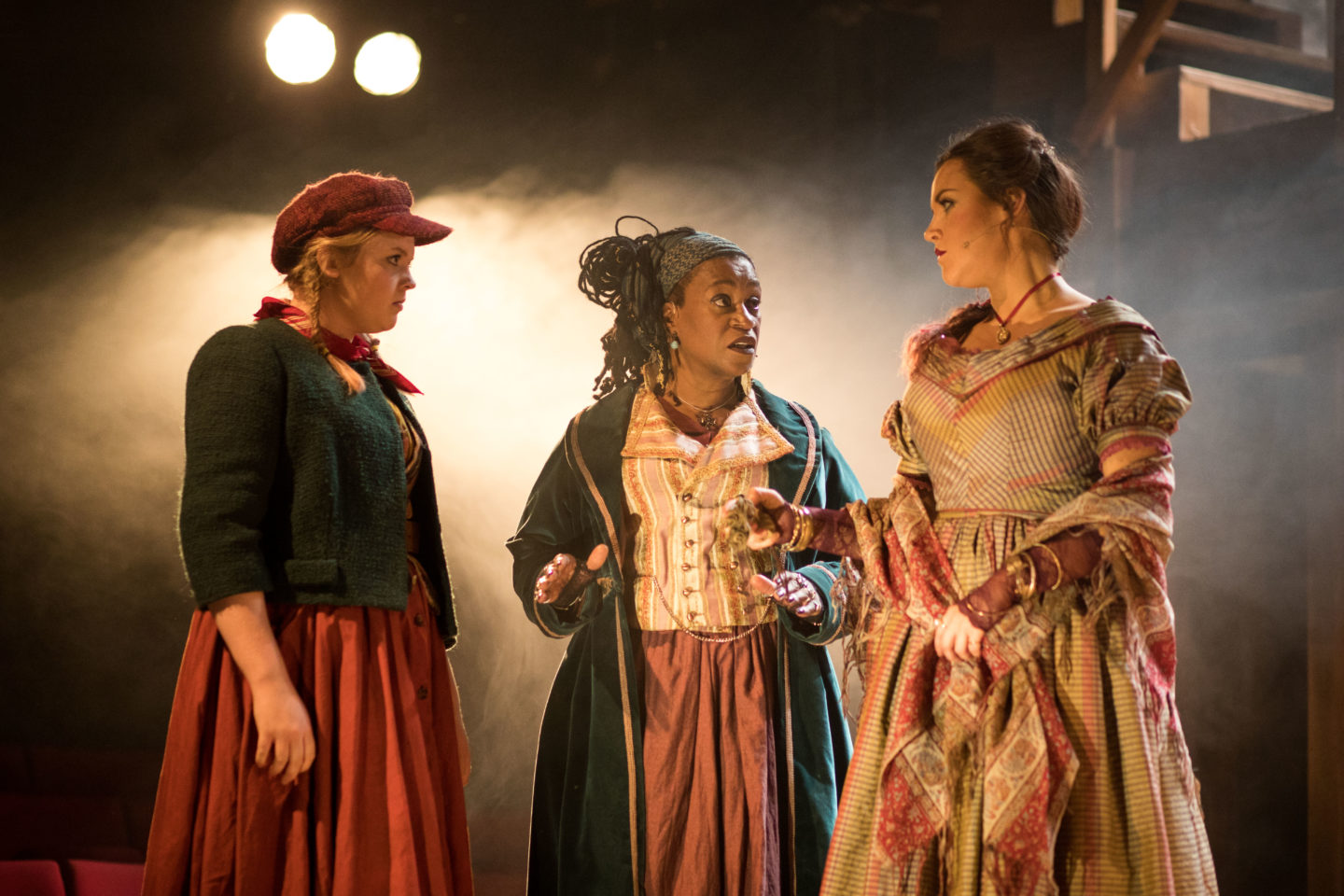 The use of the stage was really well done and little Oliver was darling and funny!

I was moved by the thought provoking ending of anguish for the tormented souls of those who had chosen to live a questionable life in the shadows of crime. Nancy, Bill Sikes and Fagin are a great reminder to us all that it is never too late to change, and to choose to do good for others. It reminds us that through the spirit of Christmas (and reason for the season) we can truly find remorse and healing if we so desire it – or we can see the consequences of a pitiable life fuelled by bad choices! 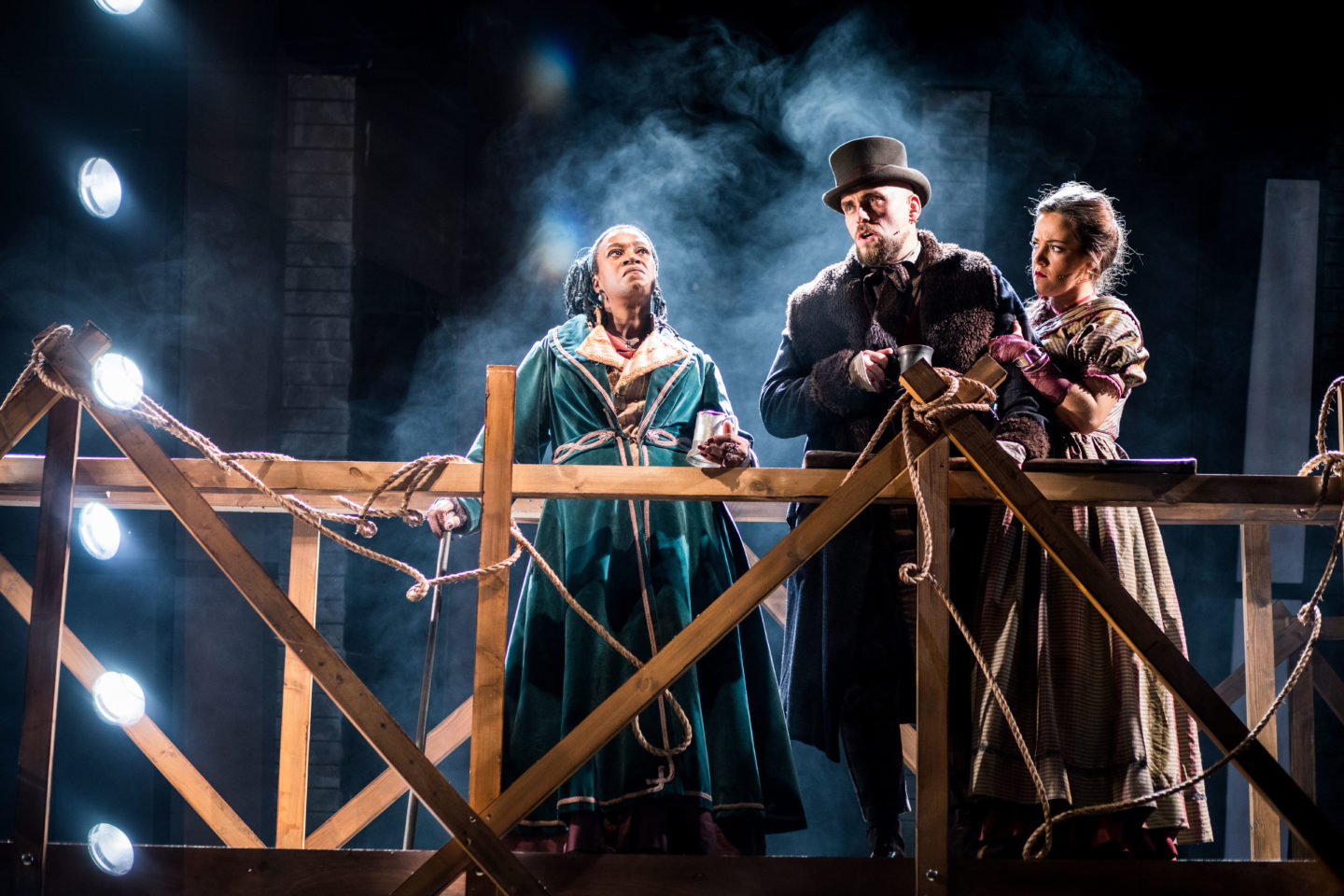 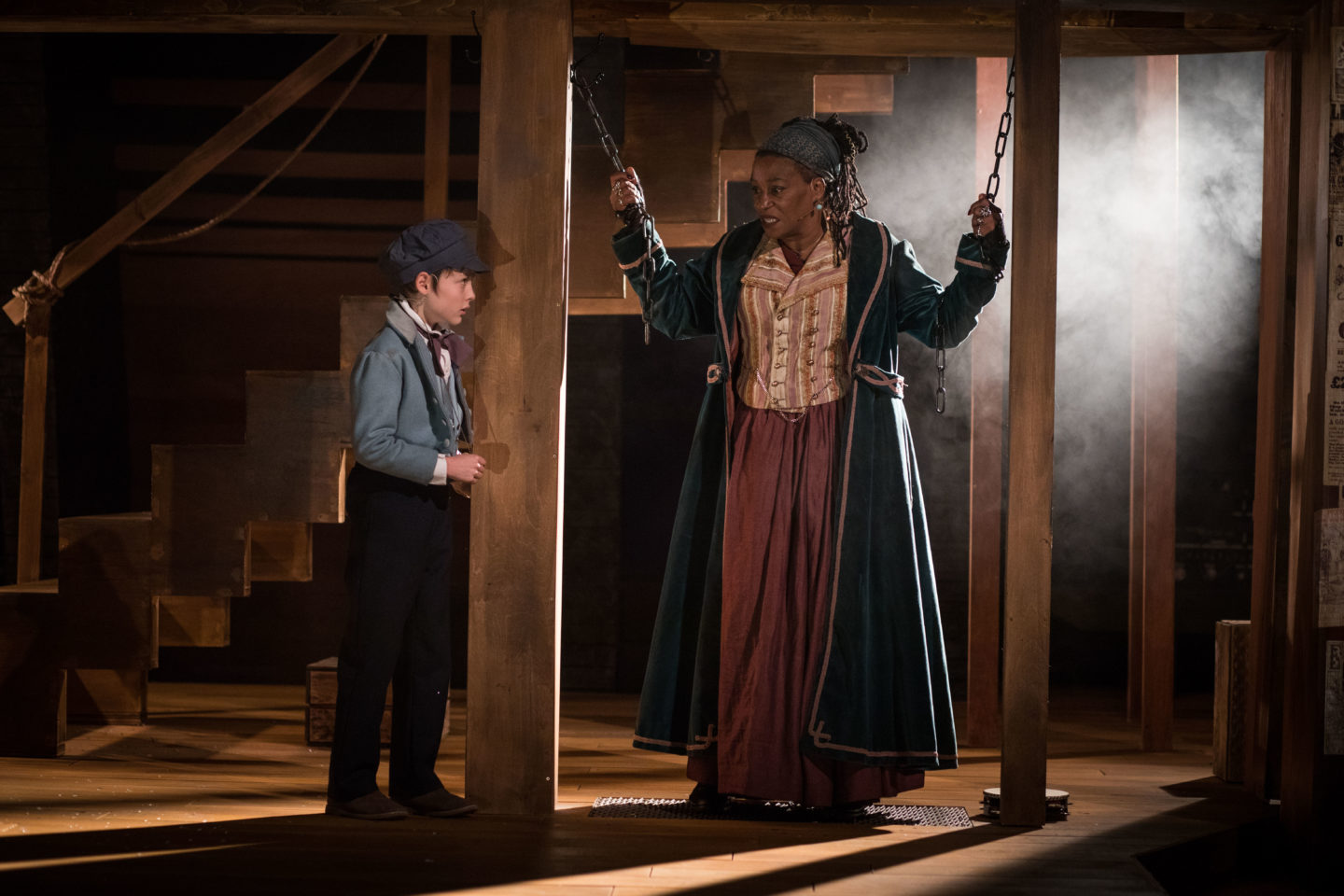 This exciting and captivating performance is on NOW at Hull Truck theatre and runs until Jan 5th 2019. They recommend that is for 7+ and not younger children, and as a parent of both a 6 and 8 year old, I would suggest that you adhere to this recommendation as it was a little spooky and dark in places. As an adult I found theses darker scenes very emotive and atmospheric, but looking at some of the kids hiding their faces and thinking of my own kids, I would most definitely say it was a bit much for really little kids!

Tickets cost £10 – £26 and as The Heron theatre is intimate, even near the back like we were, you have a spectacular view and closeness to it all. 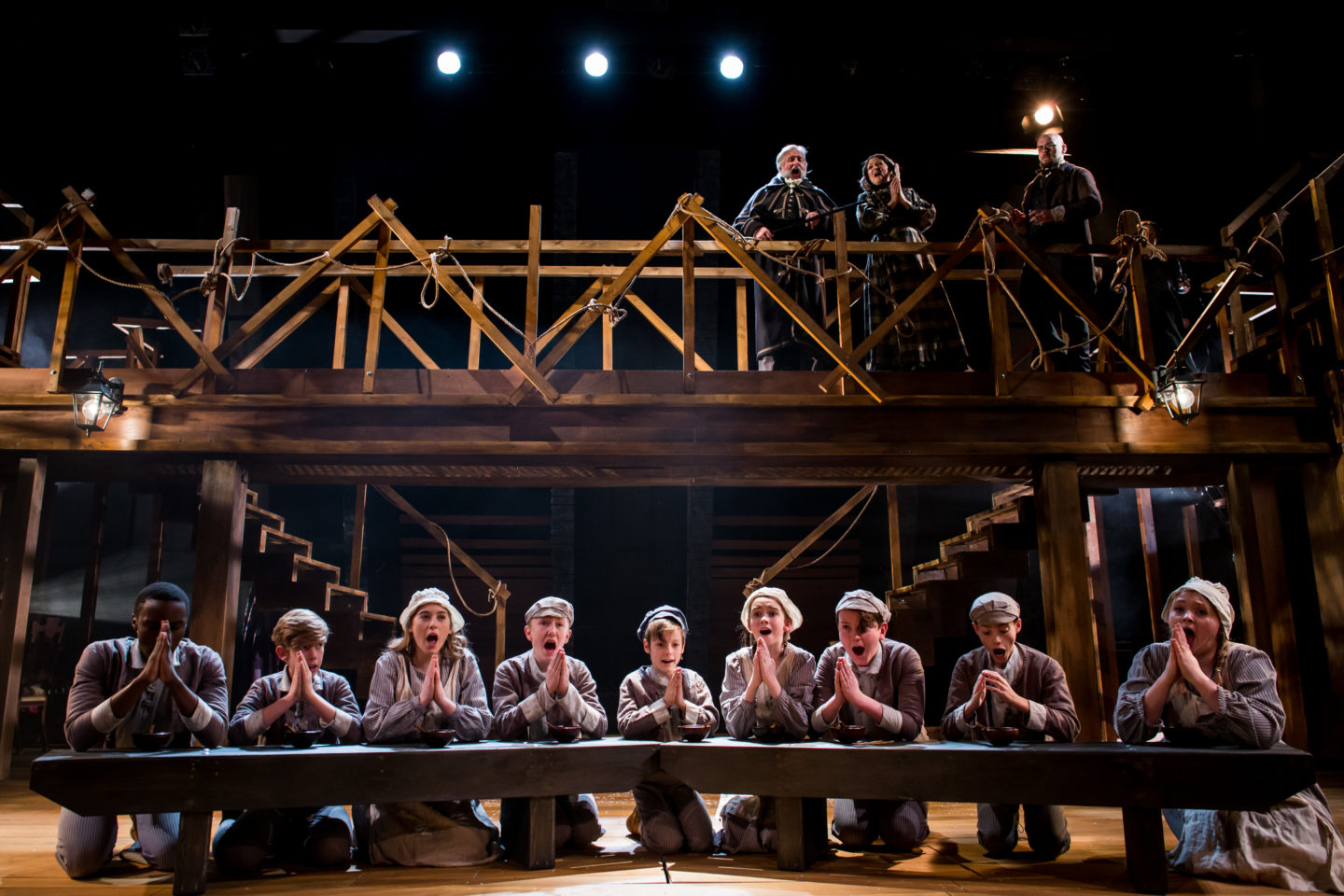 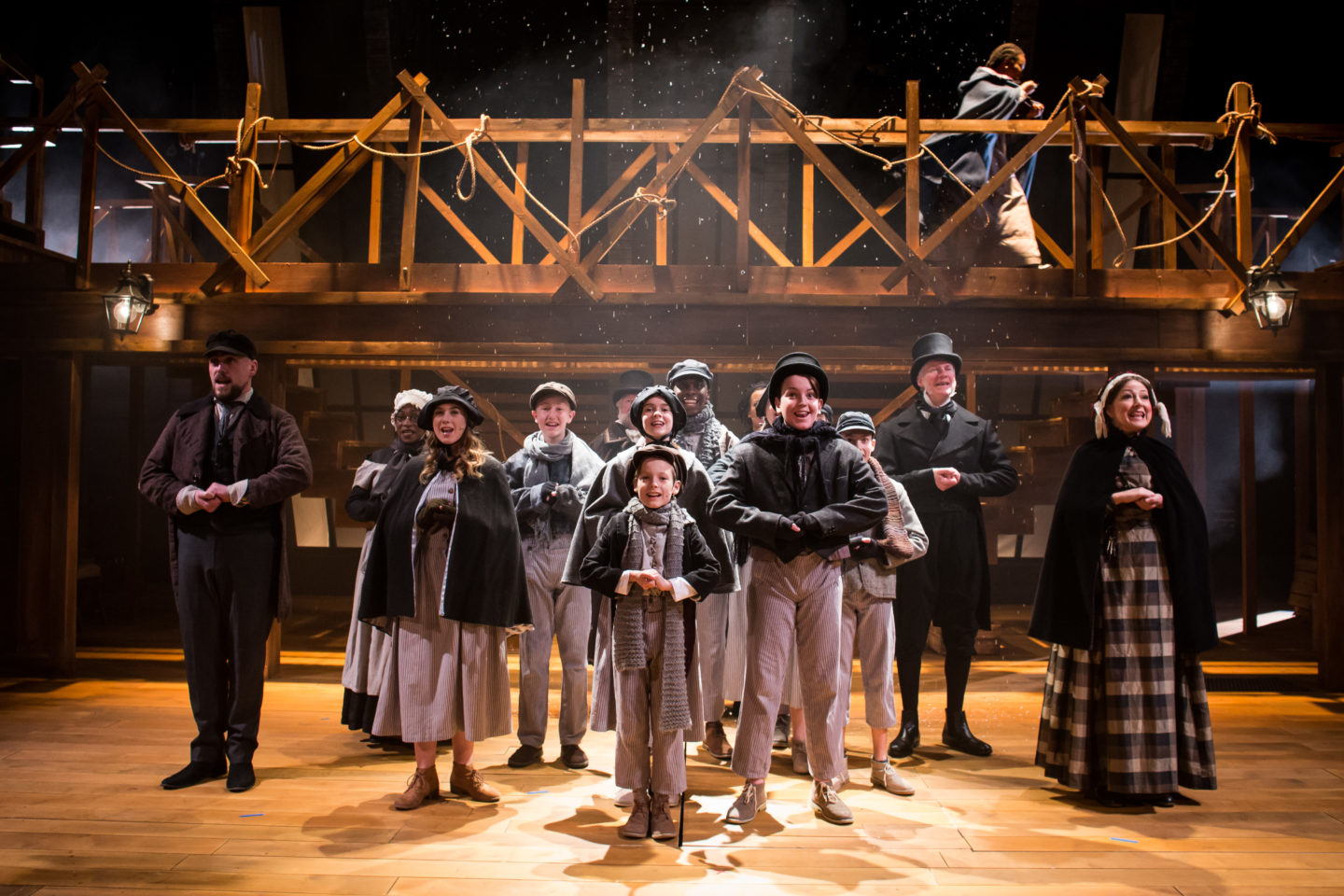 *Thank you to Hull Truck for another fabulous performance and for complimentary tickets in return for my honest review! Photo Credits – Sam Taylor