It’s rare these days that Mr Smith and I go out for date night (you know how it is with a tribe of kids). So when we had the opportunity for not only a midweek night out this week (bonus), but one that included laugh out loud comedy catastrophes and silly antics from multi award-winning Mischief ( who created one of my all time faves The Play That Goes Wrong, and the well known BBC One’s The Goes Wrong Show), we of course jumped at the chance to see their hilarious new show – Magic Goes Wrong – and couldn’t get out of the house quick enough (sorry kids)!

Currently on at Hull New Theatre, direct from the West End and as part of their UK tour, it was absolutely hilarious and had us both in stitches all evening at the mayhem, spiralling accidents and mishaps, and of course  – the audience banter.

The show warms up with characters seeking out lost stage animals in and among the audience while everyone is getting seated (always novel and funny), followed by “stage crew” comically attempting to fix the set (which continues to fail throughout the show). We are then treated to each of the characters and their skills; which actually turns out to be a hapless gang of magicians who are staging an evening of grand illusion to raise cash for charity. Each scene made us both laugh so much, as things don’t quite go as hoped, with some acts completely ending in disaster!

From start to finish we thought that Magic Goes Wrong was brilliantly executed and just extremely funny. The exciting part is that there are also some tremendous magic tricks in and among all the failures, silliness and jest, that blow your mind and are really quite impressive.

It’s hard to choose our highlights of the night because each actor was so uniquely brilliant, but we would definitely have to mention The Mind Mangler (Rory Fairbairn) – who tried to convince us all of his array of mind reading senses and capabilities. Each scene he appeared in was great and ended up having him clutching at straws as he attempted to turn failure into proof of his skill and not lose face – it was so funny and was made more so by his interactions with members of the audience and, his “never seen before” repeated audience volunteer and stage guest “Brian”! It was an evening of hilarious bedlam, accidents, failing set and abysmal results for their fundraising target – it was also one of the best dates we’ve had in ages!

Laughter does wonders for the soul, and I think we could all do with a boost of it in life right now. It is great to have time together to laugh, be amazed by magic and also just have some kid free fun once in a while. So if you are looking for a comedy/magical/ridiculously funny night out for date night this week, or just some banter with friends, then get to Hull New Theatre this week for the wonderful Magic Goes Wrong – It is running from 8 March 2022 to 12 March 2022 and showtimes are: Tue, Wed, Fri 7.30pm; Thu and Sat 2.30pm & 7.30pm – Tickets start at £15 and it isn’t suitable for kids – not that you’d want to take them, because it’s hopefully a date night! 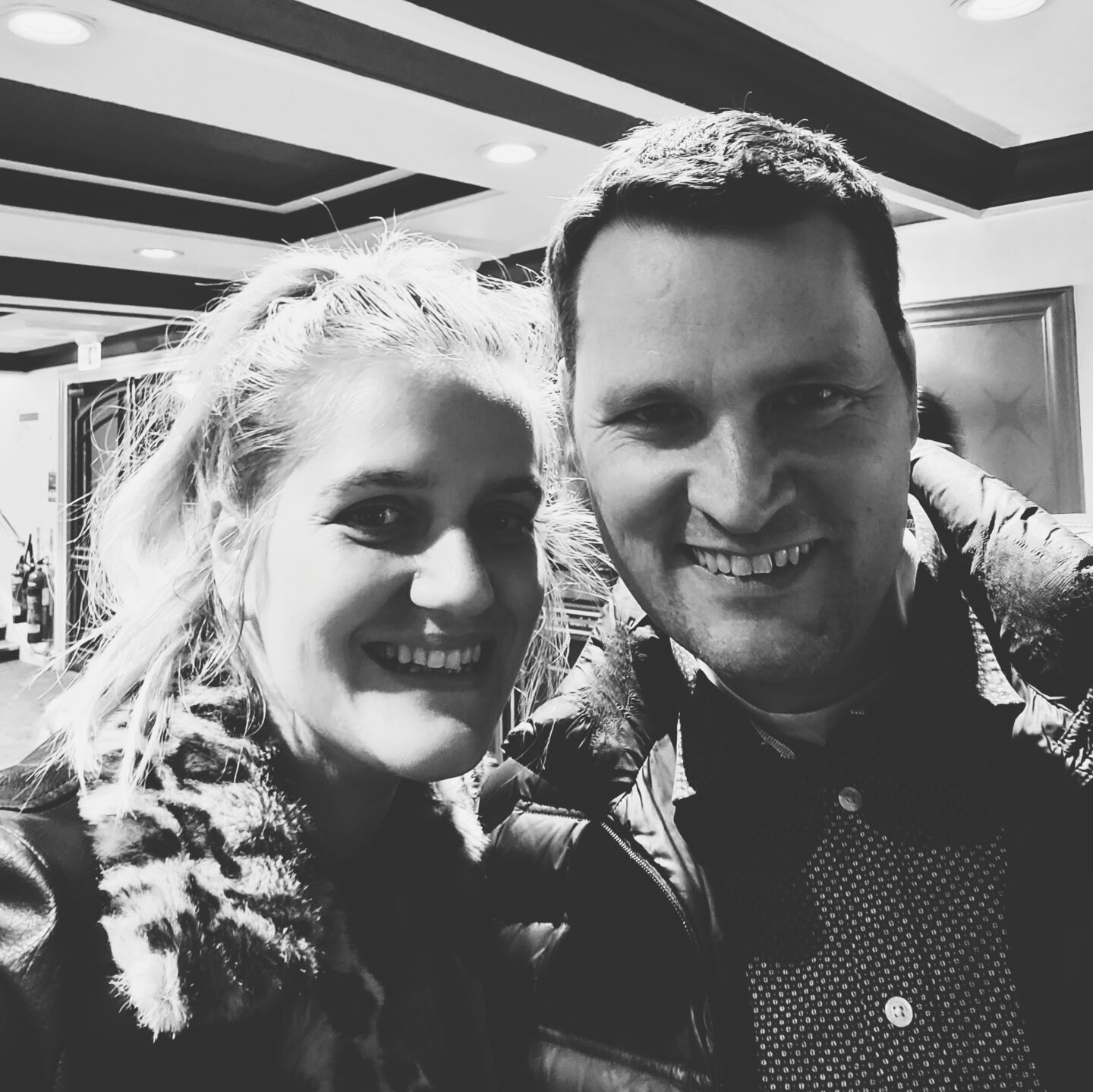 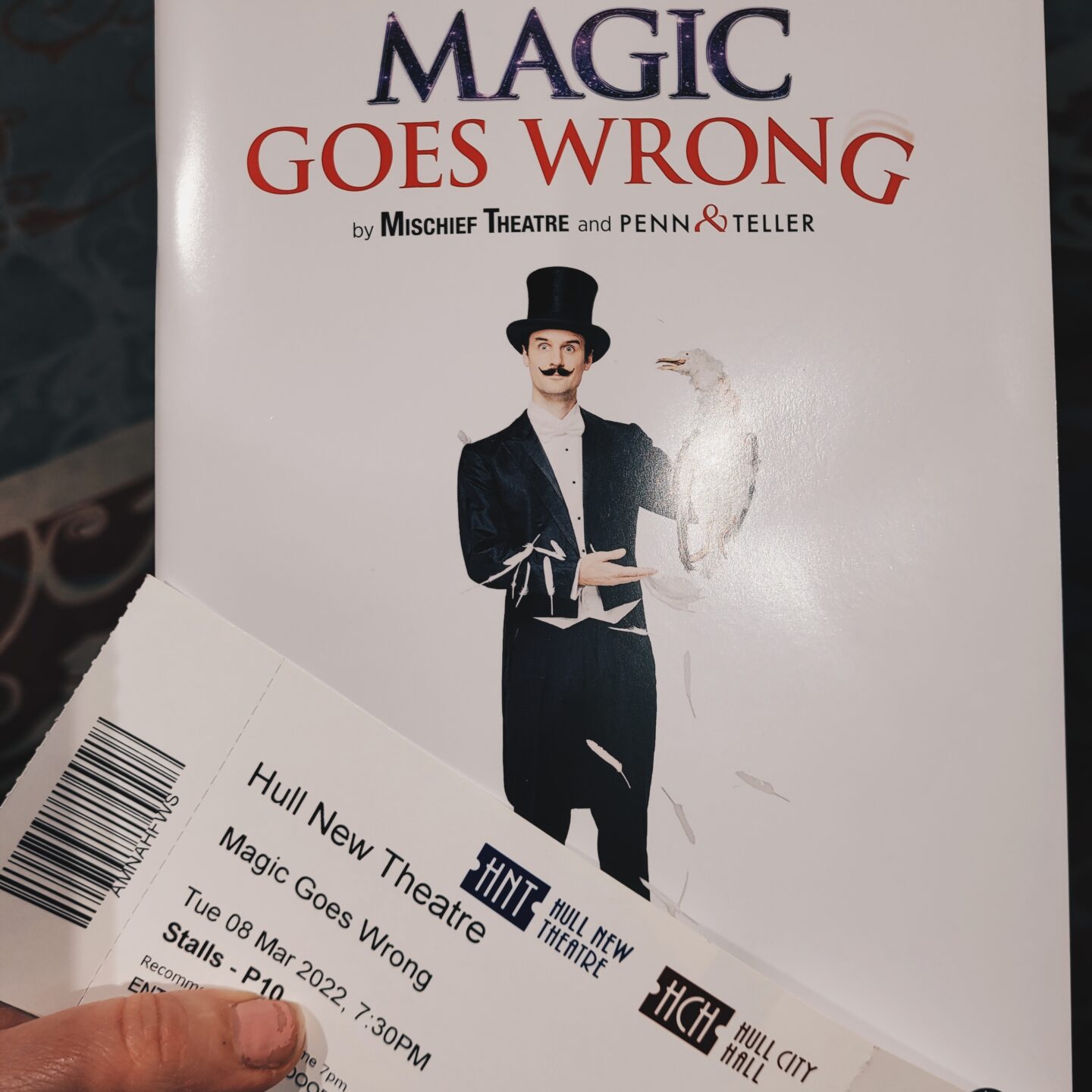 *Thanks to Hull New Theatre for inviting us to review this show. Tickets were complimentary press night seats, in return for our review