Last night I had the opportunity to be at the opening night of Shakespeare’s Macbeth at Hull New Theatre. Following a sold out run in London, The National Theatre are currently on a tour of the UK and Ireland, bringing this epic and visually daring production of Shakespeare’s most intense tragedy to stages (quite possibly) near you. 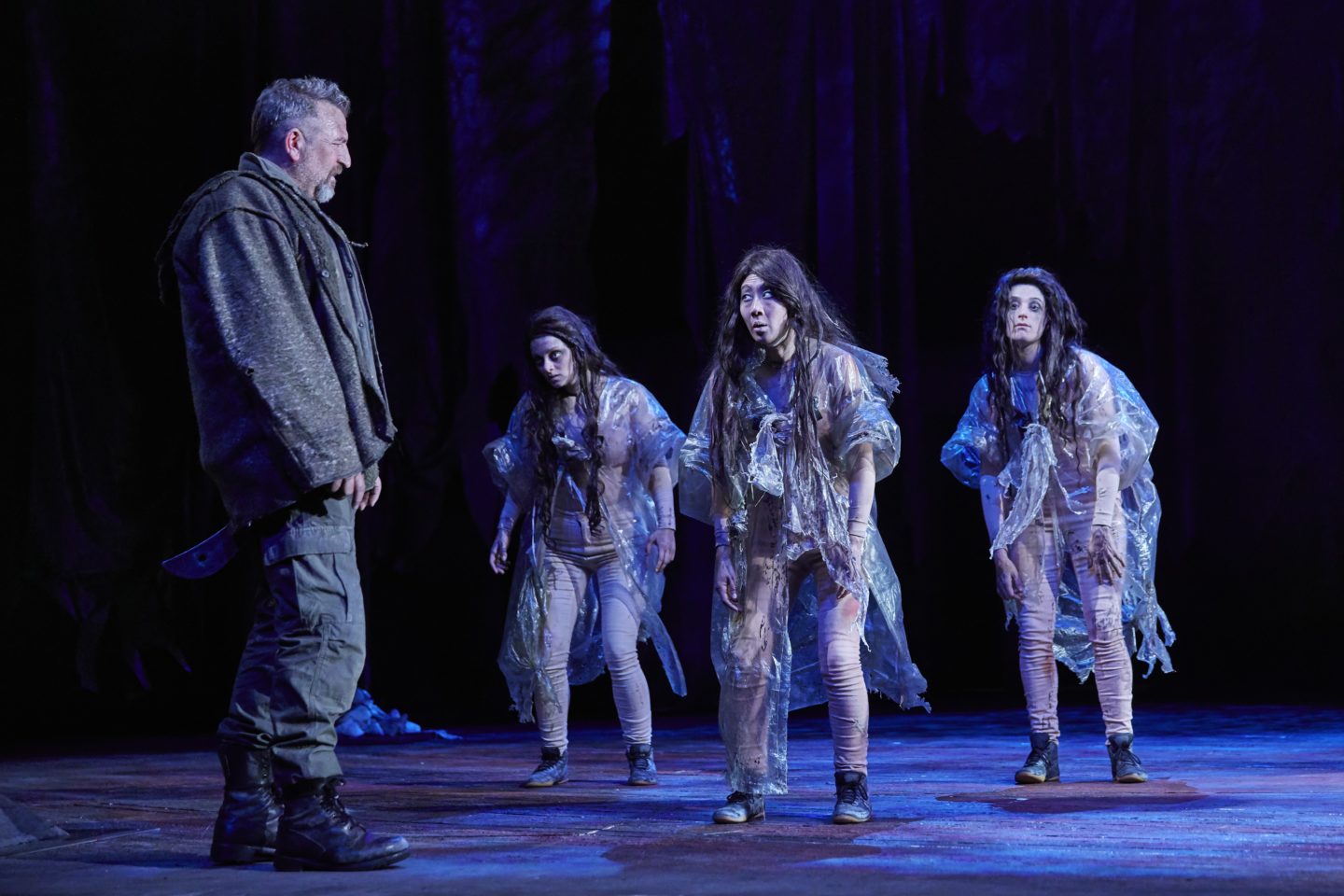 It has been a good 15 years or so since we studied this dark tale of betrayal, manipulation and tragedy in GCSE English, and judging by the large groups of teens and “Staff” floating around the foyer, it is clear to see that this classic still lives on in many a school classroom!

With that brief foundation and memories of Macbeth in my life, I did anticipate that it would be a dark play (afterall it is very much about corruption, murder, superstition and the results of uncontrolled desire!) and for all intents and purposes I would say that it is quite possibly the most eerie and intense play I have seen yet!

The opening scene of the 3 witches set the story and brought the dark vibe that would continue throughout. It was performed wonderfully and credit to Artistic Director Rufus Norris for so much creativity and general uneasiness that was created through lighting, set and sound! However, seeing a severed head as Macbeth takes down their enemy, quickly turned my stomach and left me on edge for what would follow from there.

Despite knowing this story in brief, nothing actually prepared me for the gruesome scenes in the second act and the murder of Lady Macduff and her children! 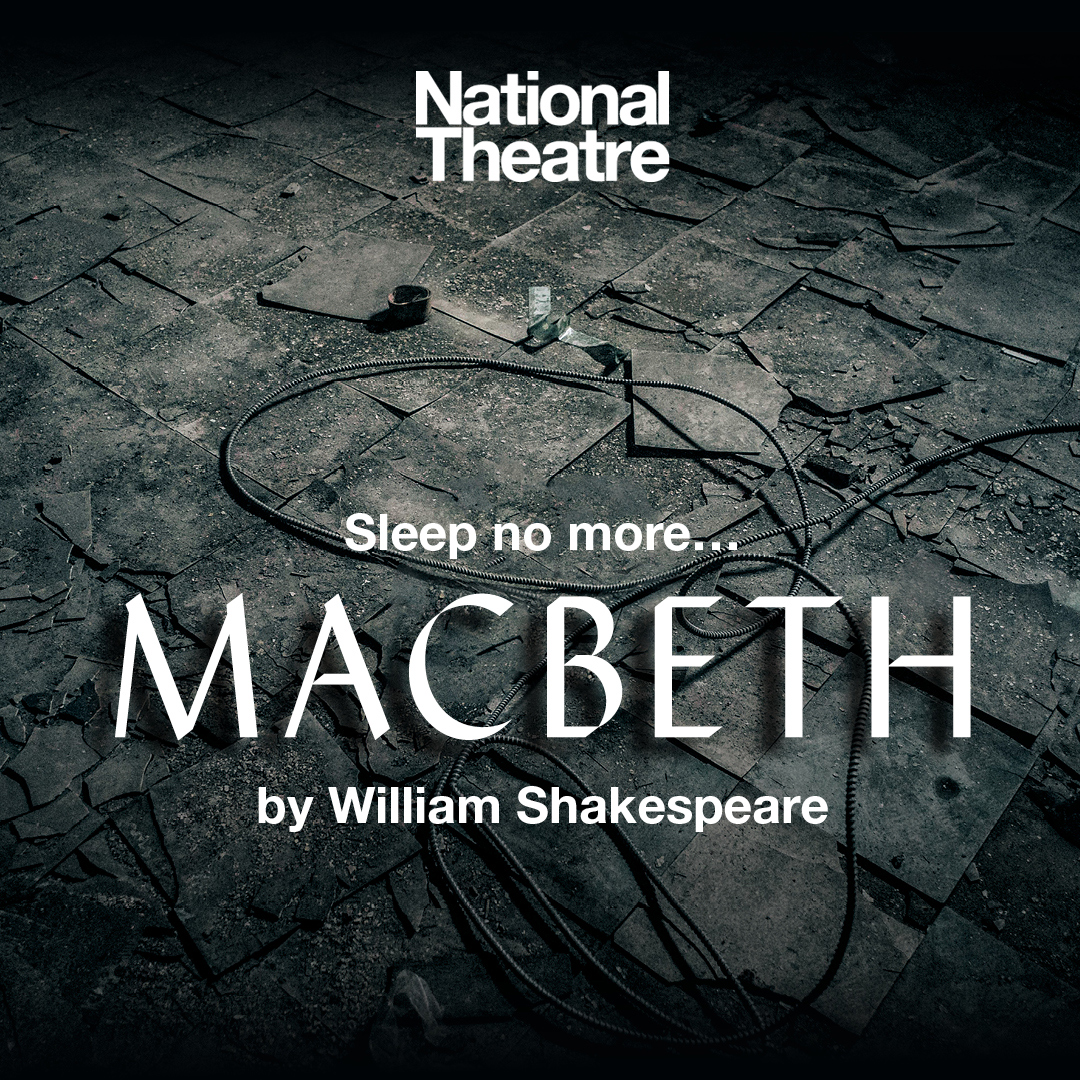 In a nutshell Macbeth is the tale of one man’s rise to become king of Scotland following a civil war. It delves into a prophecy of 3 weird witches, and then the heartless murder of King Duncan. It also tells of his downfall and basically shows the dangers and destruction that can come when ambition and desire go unchecked without a moral compass.

Macbeth and his pal Banquo are respected and courageous generals in the army, and following a bloody defeat of 2 armies (one from Ireland, the other Norway) they encounter these witches who predict one day Macbeth will be named thane of Cawdor and eventually king. They also prophecy that Banquo’s posterity will take the throne from him. When this information reaches his wife she quickly plots the downfall of King Duncan in order for the rise of her husband. Lady Macbeth is a ruthless and heartless woman, focussed only on prospering and receiving status and can often been seen provoking her husband to action and to follow her plans by implying he lacks courage (though we all know he doesn’t). Although Macbeth desires these things too, he is not so hung up on the idea of murder to get it and yet the words of the witches torture his soul and call him to action. Eventually the acts of cold blooded murder and further plots to kill Banquo too, lead him to begin to be restless and paranoid for what he has done to those he once respected.

It possesses an incredible amount of imagery, symbolism and being shakespearean, it requires an huge amount of concentration to follow and understand the dialogue.

Unfortunately following the start of the second half, I had to leave and missed the downfall of Macbeth and battle between he and Macduff! Having had a stillbirth 4 years ago, seeing the murder of babies and a representation of their corpses in bags was a step much too far for me and really hit a nerve. It was disgusting and brought a lot of emotion to the surface. It is something I wish I hadn’t seen and will struggle to unsee! I highlight this because whilst it is an important part of the plot and Hull New Theatre point out that it is violent play (a given if you know the story) nothing prepared me for such difficult and horrific scenes that are especially sensitive to me! I don’t agree with their family audience recommendation – and would aim this more at mid teens upwards. It is a very heavy, violent and disturbing story that requires a lot of focus, concentration and a strong stomach!

The cast did however do a wonderful job of telling the story and aside from the aforementioned, it was overall a fantastic play. If you can endure severed heads, body parts, dead infants and eerie scenes of paranoia and creepy witches, then head on down to Hull New Theatre this week and see the classic tale of Macbeth! If you have any sensitivity to loss or death however, or have experienced baby loss like us, then I cannot stress enough this is really not for you – it will be upsetting and disturbing.

Macbeth is on at Hull New Theatre until Saturday the 9th of Feb and tickets start at £10 – Find out more here. 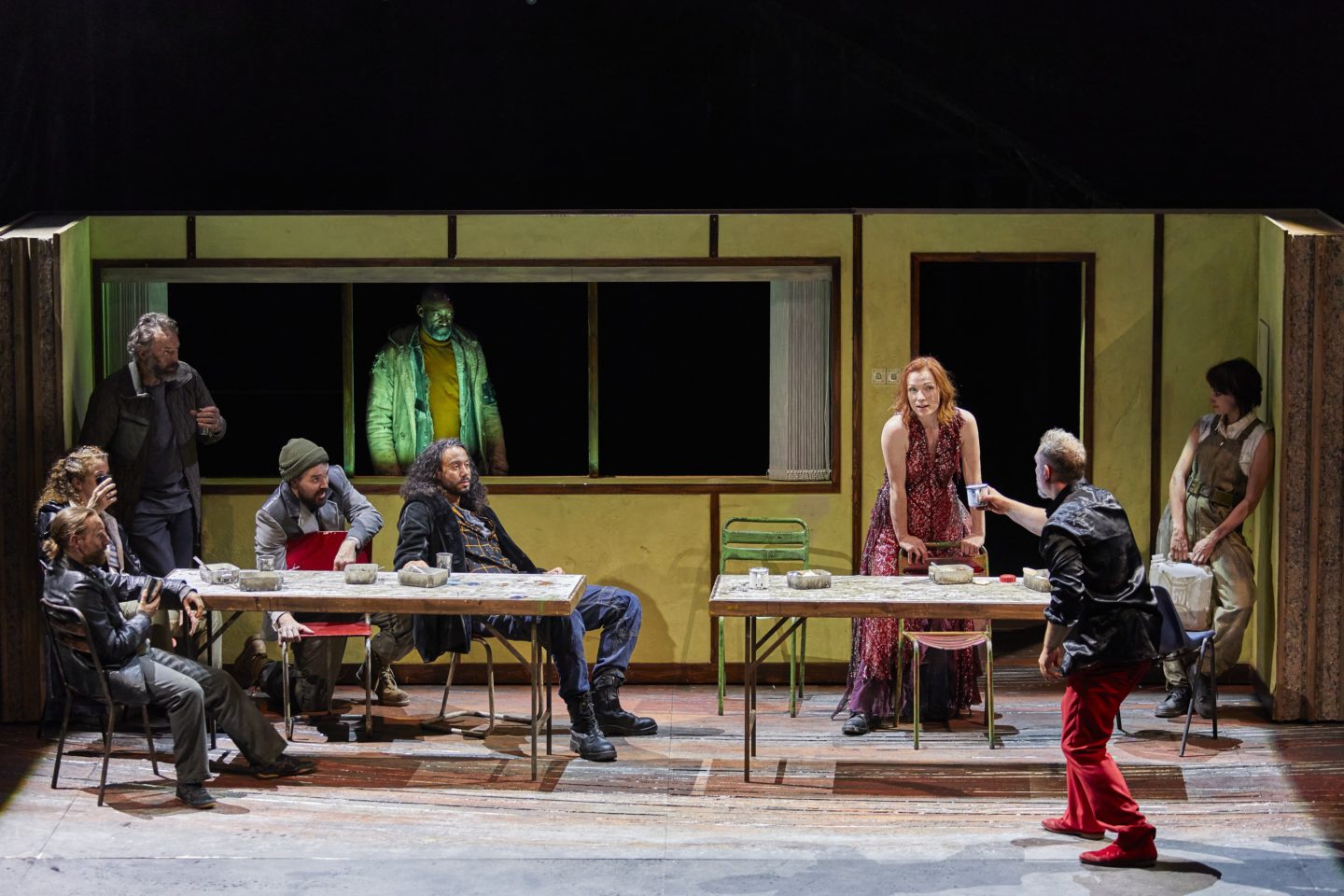 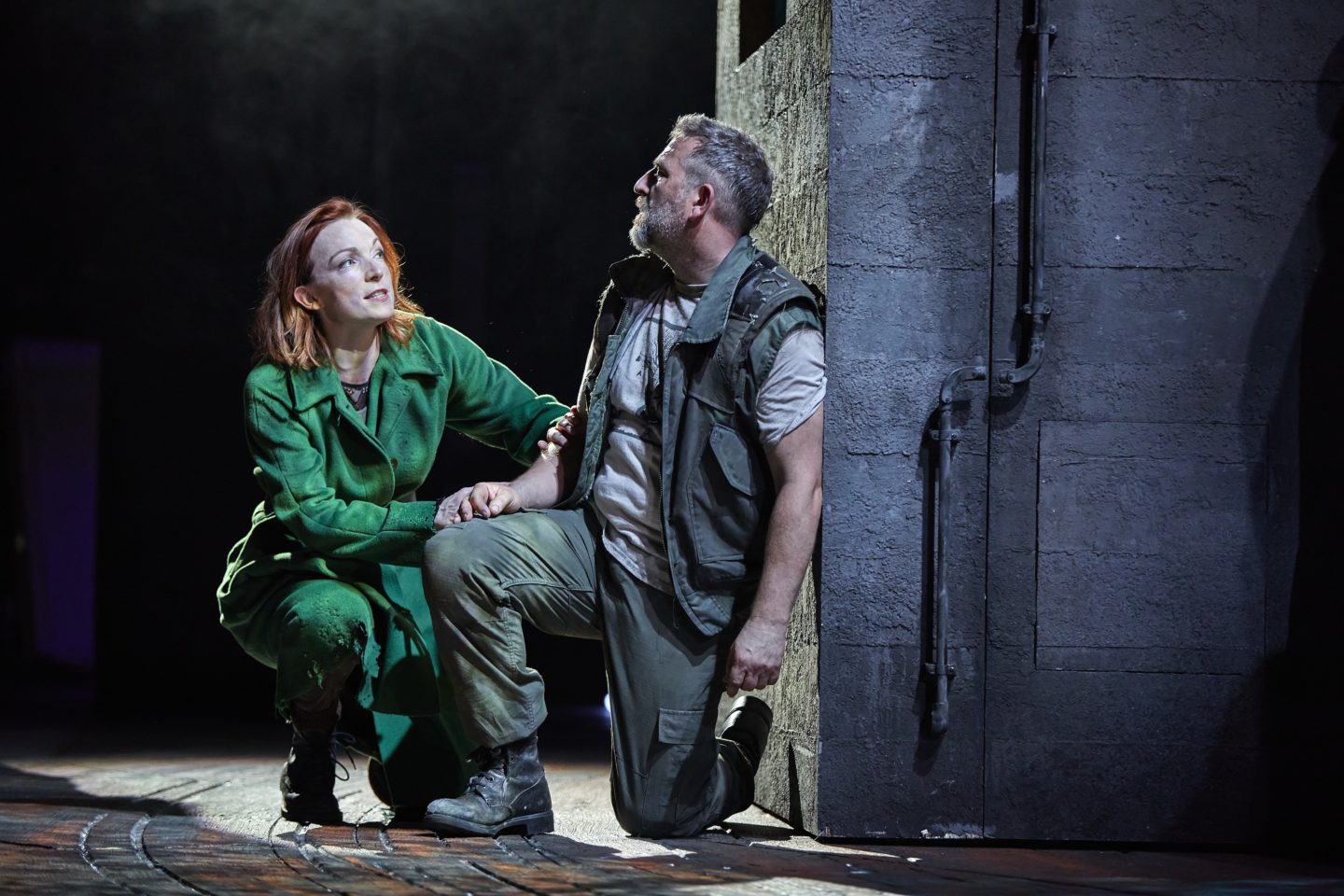 *Tickets to this play were given to us complimentary in return for a review.