Last night I took Ethan to Hull New Theatre to see David Walliams’ best selling story “Billionaire Boy” brought to life in a hilarious and brilliant musical show. We thoroughly enjoyed it and had a wonderful evening together; filled with cheeky laughter, lovable characters and lots of bum talk! It is the second of David Walliams stories we have seen live on stage (the first being “Gangsta Granny“), and true to form, it had plenty of children’s humour and British banter that reached the entire audience.

If you are not familiar with the story of Billionaire boy, then do not let this put you off – it is very easy to follow and get into, and will reach most kids and adults with it’s witty and thought-provoking story. But, for the benefit of all, it tells the story of Joe Spud – only son of  Len Spud – who made his fortune inventing “Bumfresh” loo roll, in his quest for a friend.

It begins with Joe Spud in his mansion – he is twelve years old and the richest boy in the country and, of all days, today is his birthday! He already has his own sports car, two crocodiles as pets and £100,000 a week pocket money! But, when his dad tries to fob him off with a mil or 2 this year, it comes to light that what Joe doesn’t have (and really wants the most) is to have a real friend. And so, he decides to leave his posh school at 200k a term, and start at the local comp in a hope that he can be seen for himself and not the Bumfresh Billionaire boy!

Adventure, comedy and cringing ensue as things don’t go as planned for Joe, and life becomes a rollercoaster as he tries to find what money can’t buy!

The show is very well orchestrated by The Birmingham Stage Company, with only a handful of actors interchanging seamlessly into other characters (unnoticed by the kids), who are all full of life, pretty quirky and simply brilliant. The teachers sayings take you back and there so many moments I was laughing along because they have captured (and at times exaggerated) British school life so very well!

The set is cleverly made from loo roll and the way it switches, moves and reveals little mini sets and nooks within it, fascinated us both and added to the feel of each scene – we really liked it. They also have an awesome flying helicopter that brought a lot of glee and amazement to the whole audience.

Ethan’s favourite character was “Raj” – the corner shop owner. He was really funny and for anyone who grew up in the 80’s/90’s and spent their pocket money at the local corner shop, will also very much find him a hoot too and laugh their socks off with his stereotypical antics and sayings. Without a doubt though, we both loved it all and each character was magnificent in their own right. E says it was “a funny story with a really good message”! He enjoyed the extremely amusing script, songs and lighting (of course) and said it was “great how it teaches people that life is not all about money, but friends and other good stuff too”! I couldn’t have said it better myself – with that message and all the talk of bums, it is sure to be a winner for any kid! 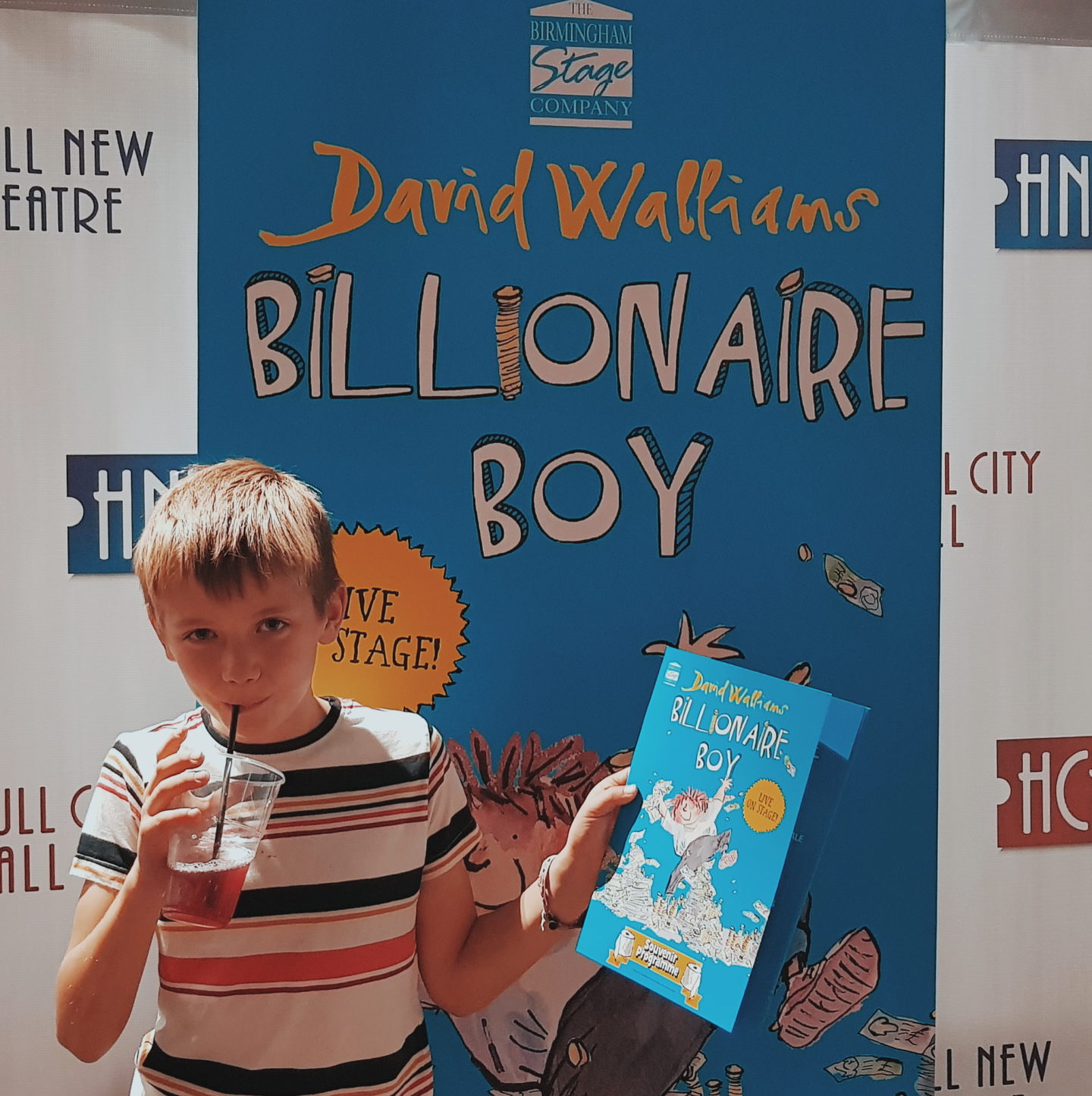 Thank you to both The Birmingham Stage Company and Hull New Theatre for inviting us along to join in the fun of Billionaire Boy. We received complimentary tickets for the purpose of this review.