Ethan has adored “chitty chitty bang bang” since he was about 3 years old! I remember putting it on one day reluctantly, as I was sure it wouldn’t be appreciated by someone so young, after all, it wasn’t a tacky cartoon and is rather a long story, but I was greatly mistaken… He has a very musical soul and it came alive the moment he watched it! He was captivated, but then again who wouldn’t be by spies, flying cars and awesome songs?! It led to almost an obsession of his and for his 3rd birthday he saw amongst his gifts from us the DVD, sound track and old style car that he named “chilly bang bang”. He was absolutely delighted and over the last 2 years it has remained at the top of his list, with frequent blast of the soundtrack and him performing “Me Ol’ bamboo” at 6.30am! 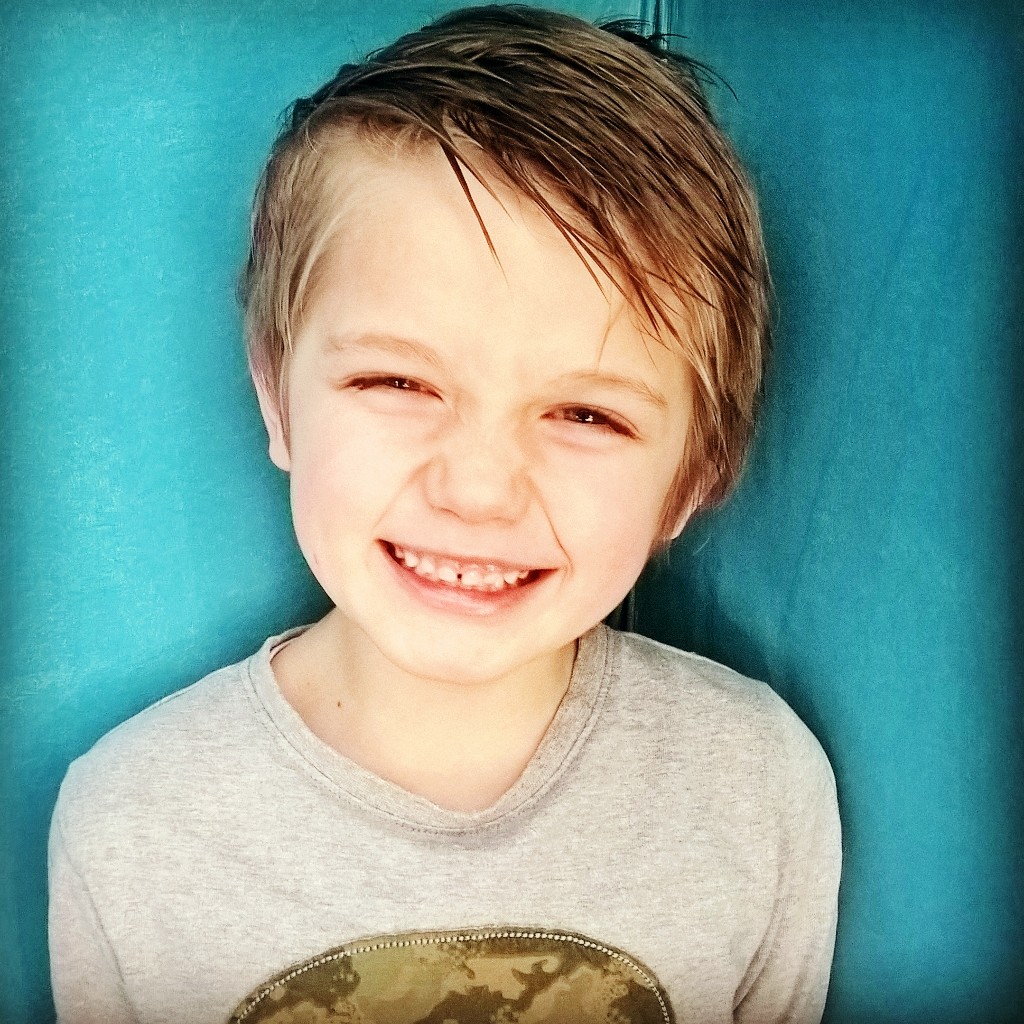 This all makes me a very happy mummy. I certainly have a thing for musicals and musical theatre and to watch them snuggled on the sofa or out at the theatre itself also brings my soul to life and creates a lot of Joy for me. I am so very happy that this is a level both Ethan and I connect on because when we gleefully sing a long to musicals, Megs and Mr Smith aren’t so keen and so I am super happy to have a fellow musical enthusiast!

For his birthday outing back in October Ethan of course chose to go see “Chitty Chitty Bang Bang” at the West Yorkshire Play house, and despite us telling him he would have to wait until the end of January to see it, he was not phased and felt it would be a dream come true. He has been wonderful at waiting ever so patiently for January to roll around for when our tickets became active for that showing and I can’t really describe how it made me so happy to watch his little face at every point as he watched his favourite film in real life… 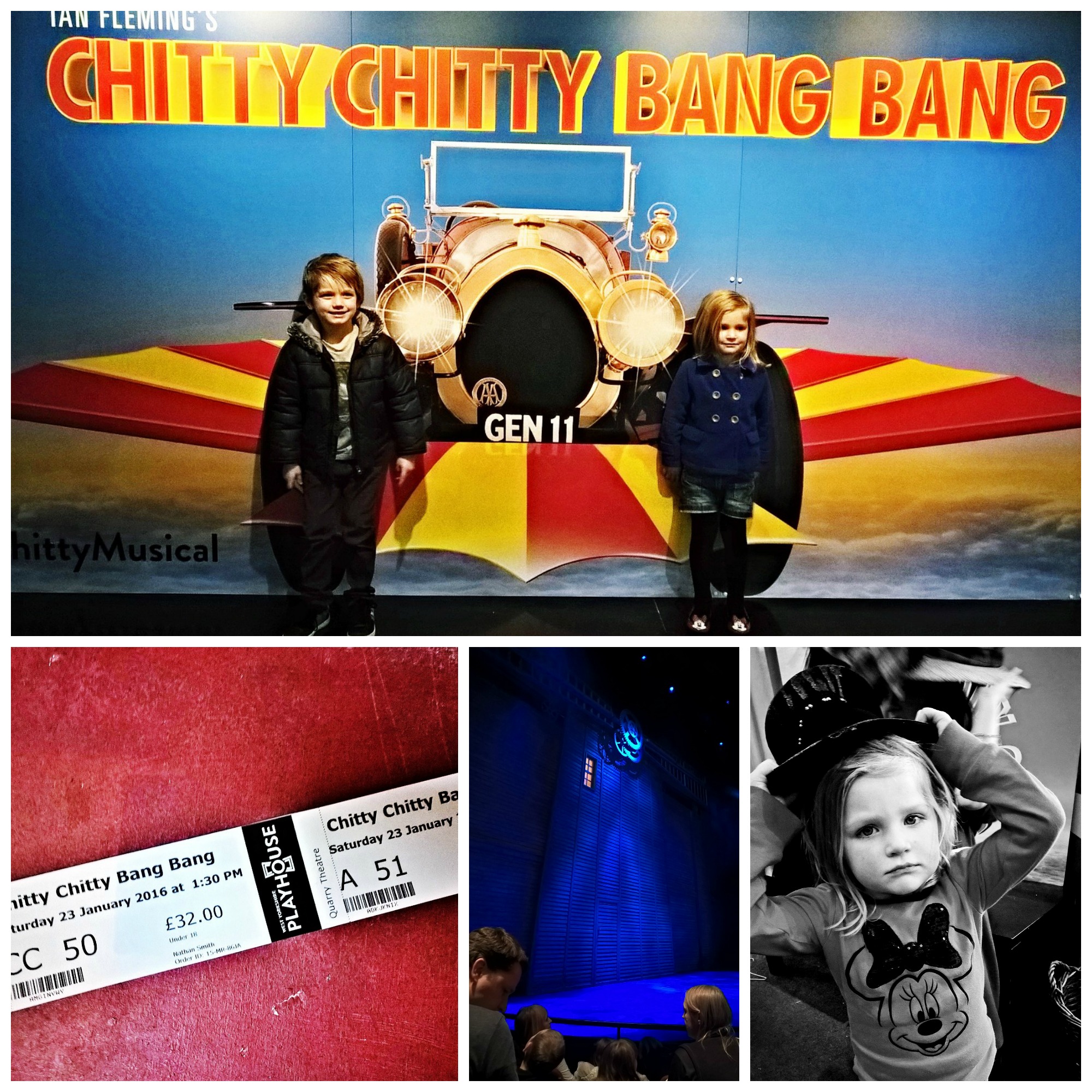 Both he and Megs were excellent spectators and sat very well throughout, captivated and excited (the sweets may have helped with this). They laughed in all of the right places, were in awe at the performance and came alive with every song. It was brilliant and a moment we will remember as a family for a very long time. We left feeling uplifted together and with a memory that I know will bring us all a lot of joy.

During the performance Ethan chatted about it to me literally every 5 minutes; “oooo look mummy a car…ooo look mummy there’s Mr Potts…oooo look mummy that’s good…ooooo look mummy those lights are purple now…oh mummy that was funny wasn’t it” he could not get over how amazing and real it all was, and then when Chitty began to fly, he had absolute shock on his face (and not the good kind either) “uh mummy, THAT car is CHEATING…its cheating mummy”…he said pointing to the mechanical arm that lifted it up! Yes he was impressed, but he wanted us to know it was cheating apparently!
I occasionally would say “ok Ethan ssshhhh now lets watch” to which he said rather loudly “No you shut up its chilly bang bang”…. 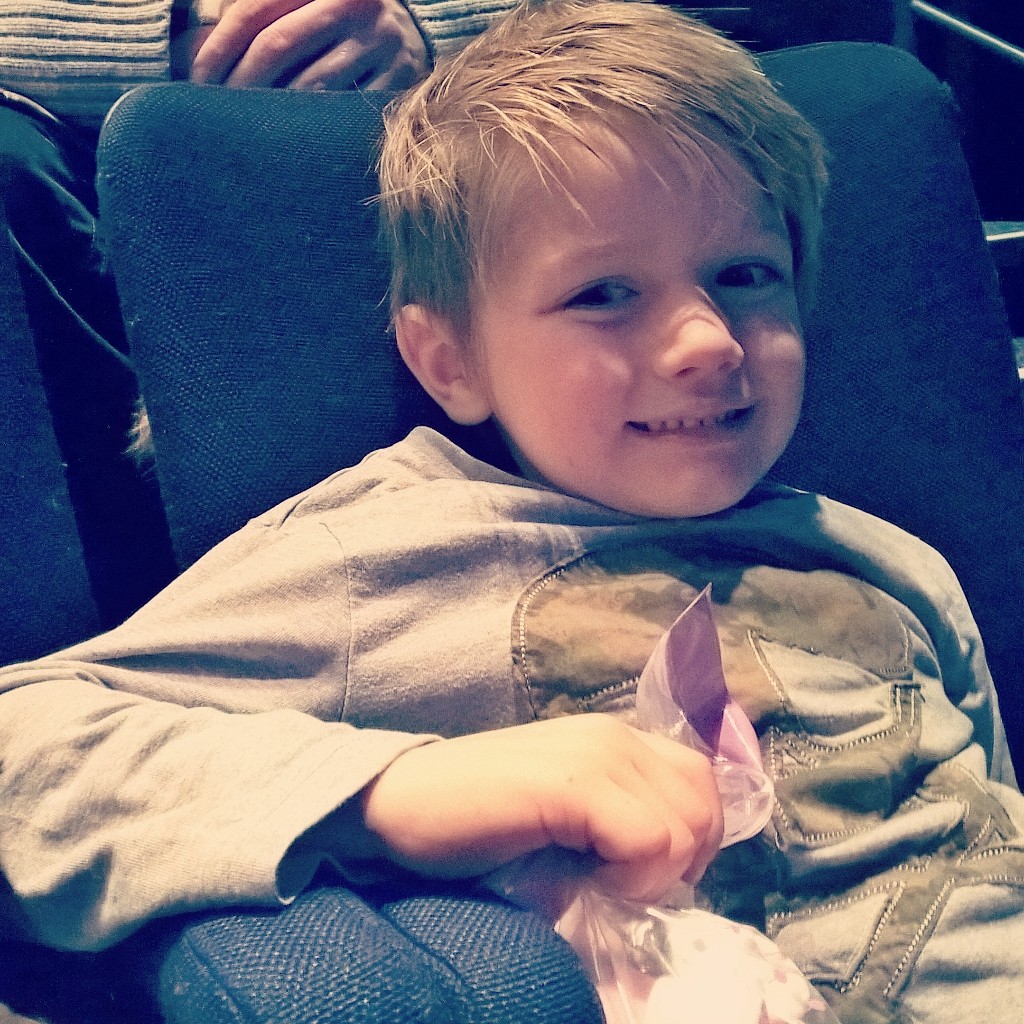 Lets just say by the interval we decided to swap him with Megs and she then spent most of the 2nd act snuggled to hide from the very well performed “Child Catcher” (“He not get me mummy”)!! 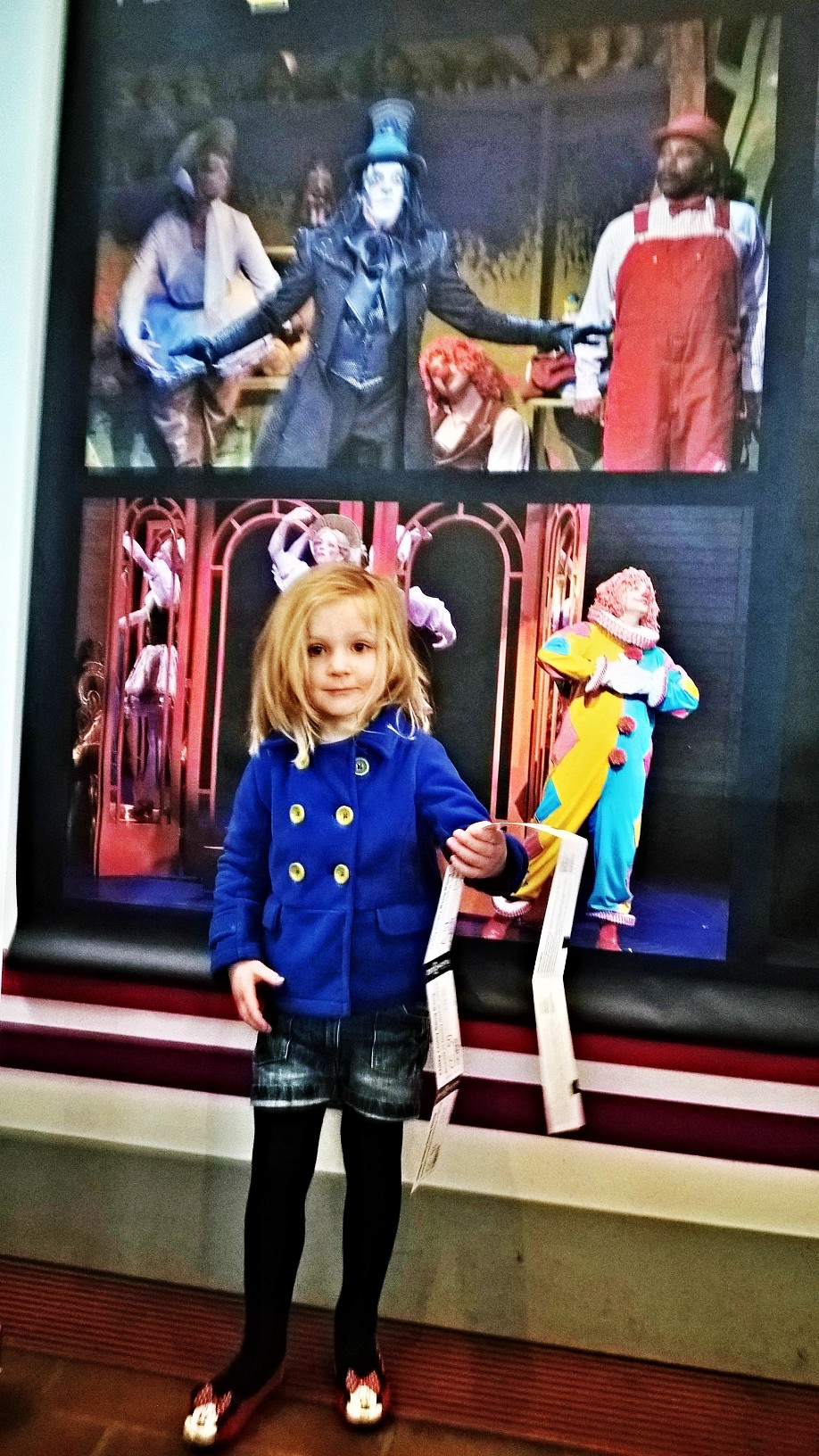 I loved it so much, every actor was brilliant and played their parts splendidly, it was fabulous, but I loved even more to be in the theatre with my family all together..to see us all smiling and excited for something that has played an ordinary moment in all of our childhoods now…I always find the theatre quite an emotional experience, and with every song, so brilliantly performed I felt the emotions rise and joy spread across my face, even more so as I watched the 2 little people next to me soaking it up and feeling delighted by what was happening before their very eyes! Ordinary and a little extra ordinary, but certainly a fantazmagorical performance and experience to share together! 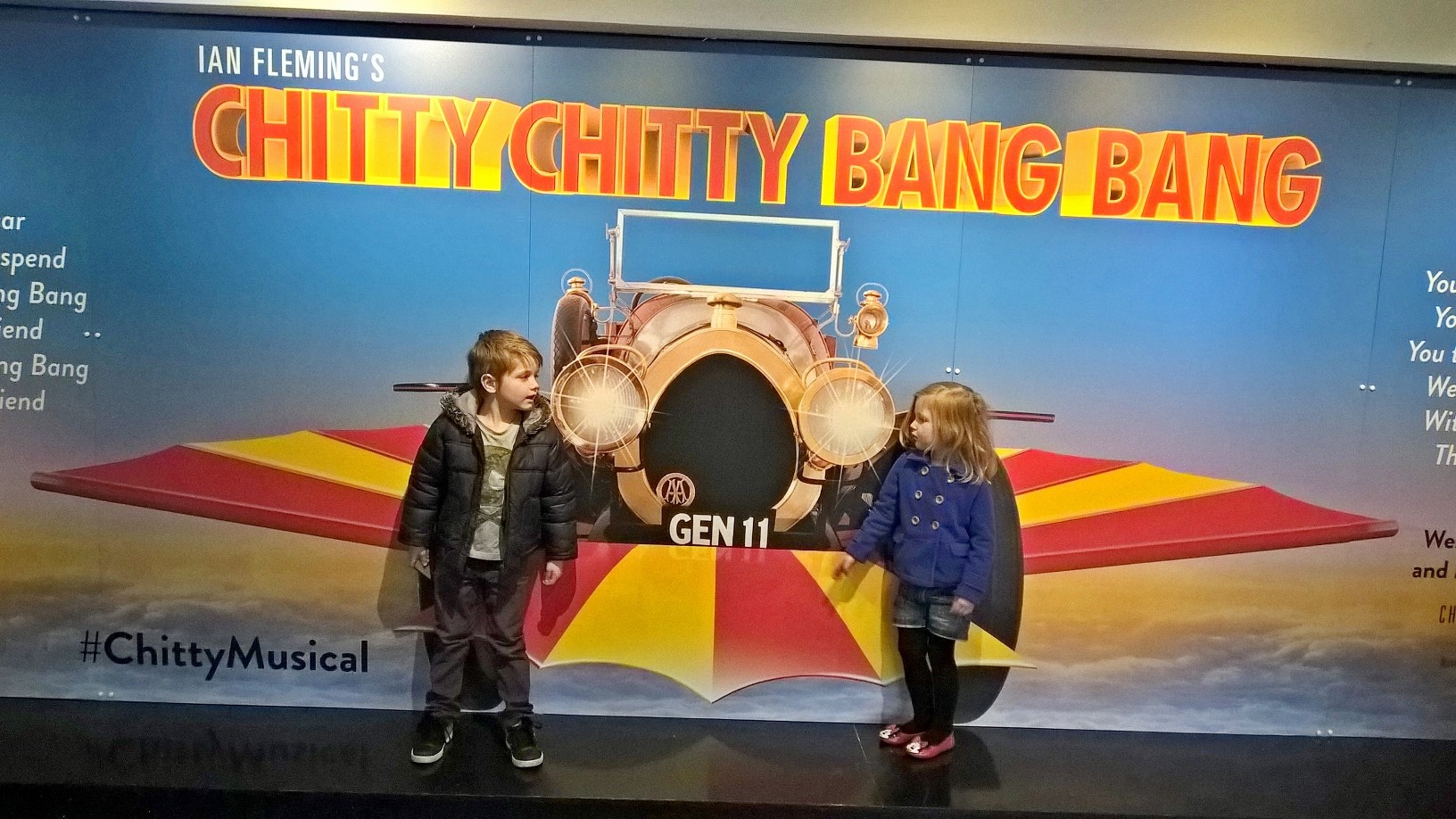