Oxford, I discovered last week, is such an incredibly beautiful place to visit. It’s streets are filled with stunning buildings, and it is a place that oozes with tales of the past (and of course a rich history of educating legends)! Just to wander around it leaves you feeling in awe and a sense of joyfulness! It was so lovely to visit there last weekend for a little family weekend adventure.

About 16 years ago now, Nathan lived there briefly and since we have been together it’s been on “the list” to take the kids to…we love to take the kids to places where they can get a hands on experience with history and hopefully appreciate our countries culture and sites. An invitation to tour the castle was that perfect excuse to finally go, do all of the aforementioned, and we all loved it. 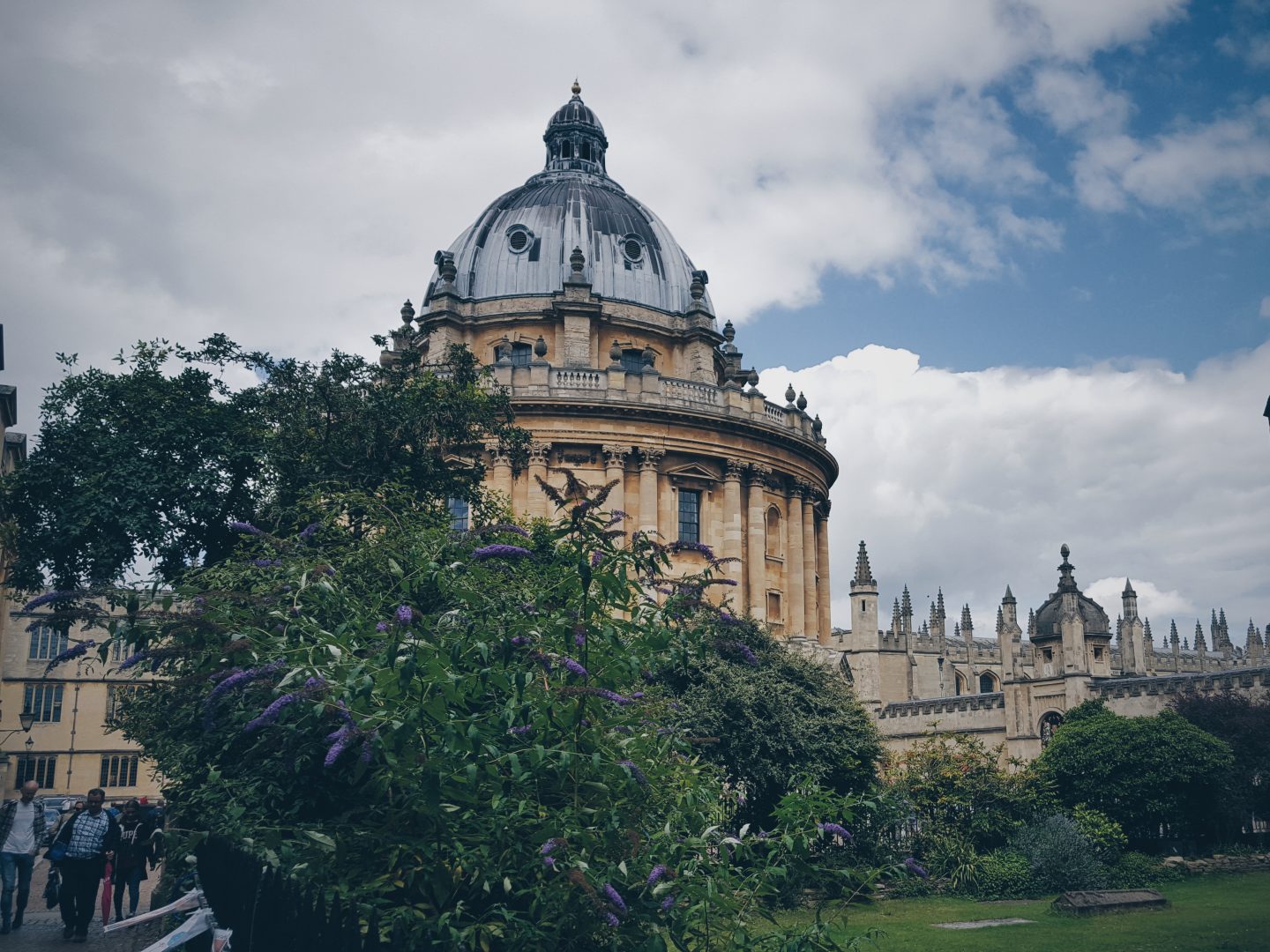 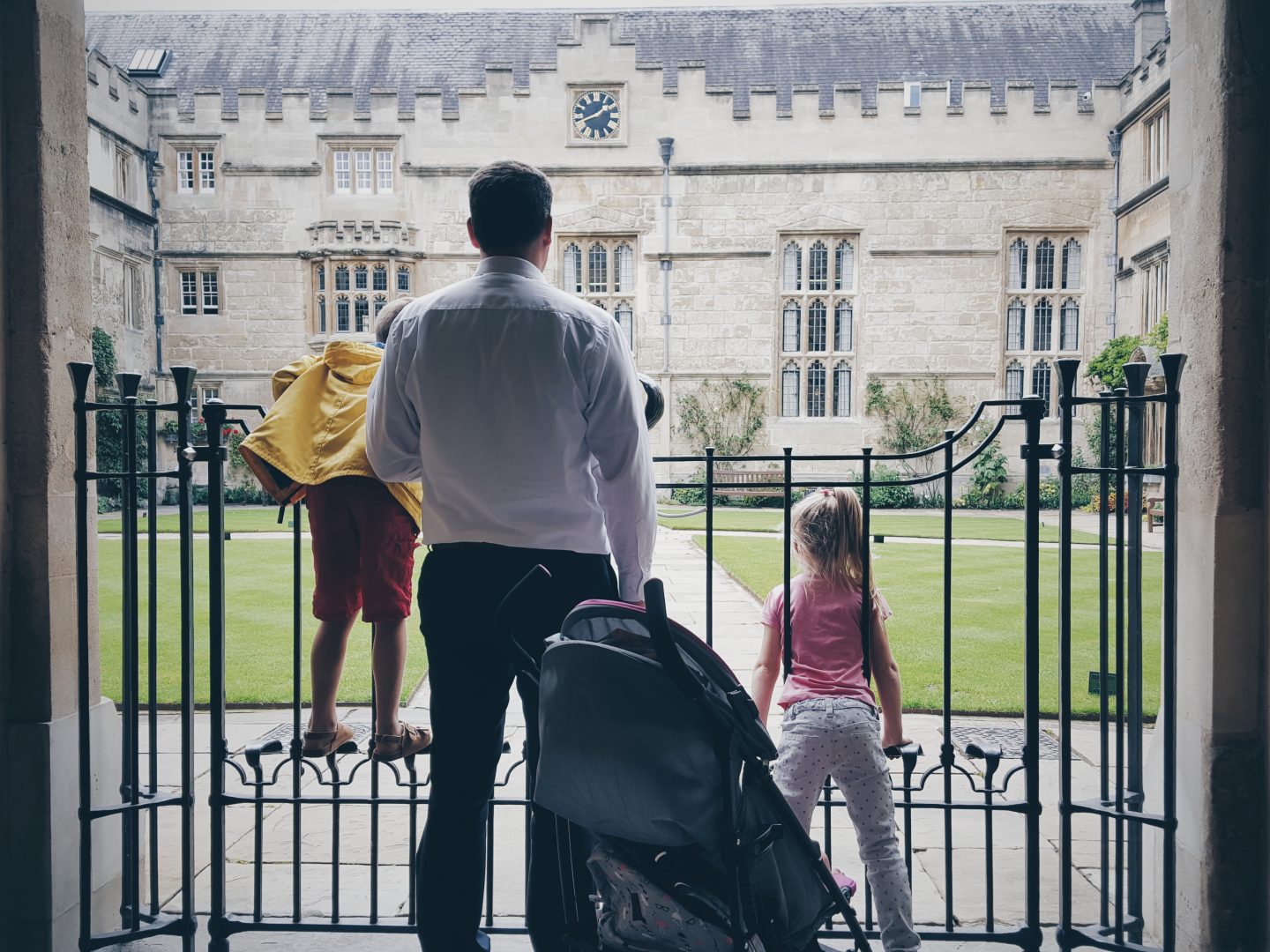 Oxford castle was the main focus of our day on Saturday, and it has certainly had an impact on the kids since. It is a great attraction of the city and something that really brings its history to life! Just yesterday Megan retold me stories of prisoners “in the tower” with no toilets, and sleeping in a room of wee and poo!(?!). She found it both hilarious and completely disgusting, but mostly very fascinating, and I couldn’t be more pleased. I love to see my kids excited about history as it’s something we both love so much! 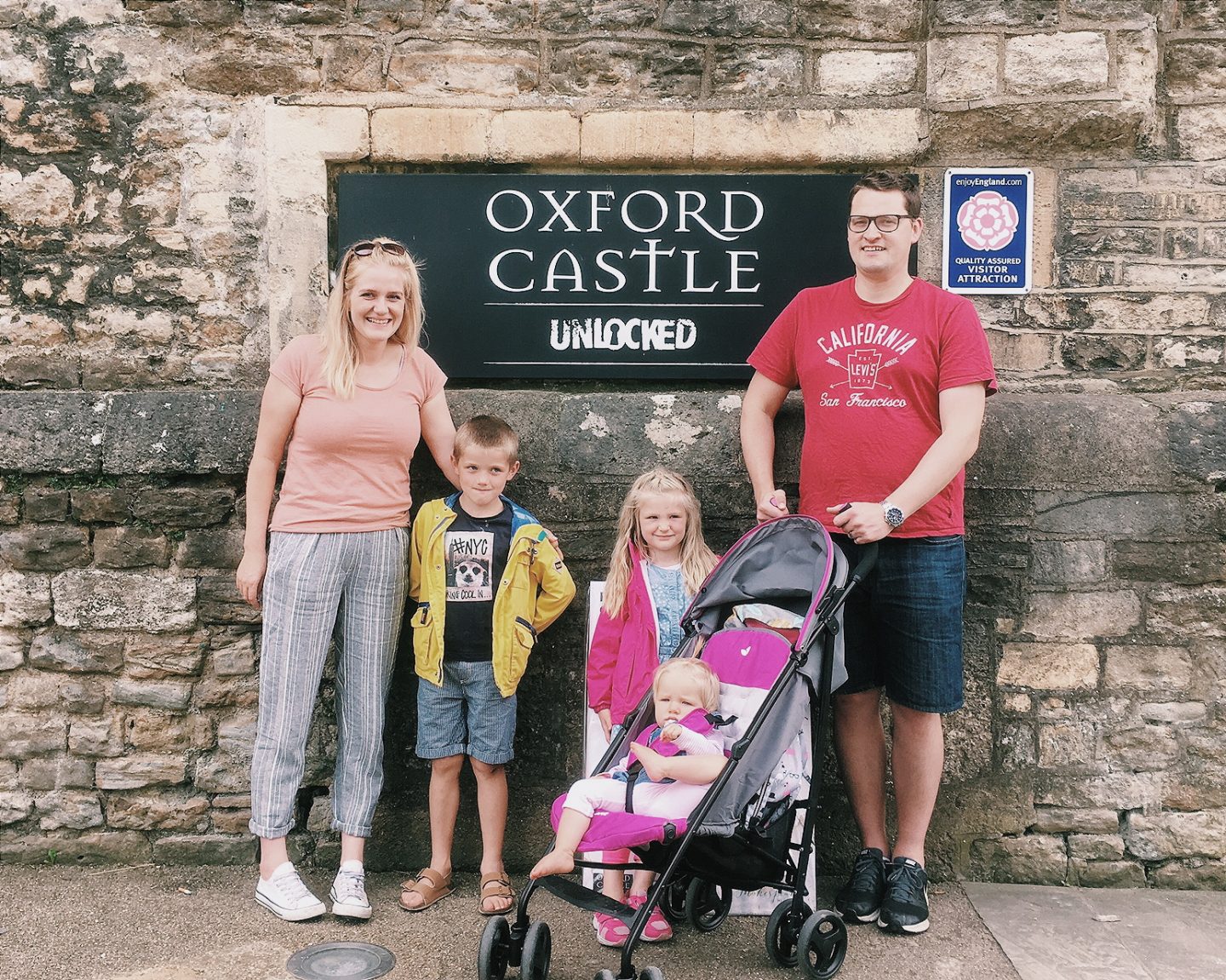 Oxford castle is really interesting because it’s less about the Jewels and Royalty (like we saw when we visited Edinburgh), and more about scandal, theft, hard labour and murder! It was great because you see the meeting of medieval and modern crime, and prisoners held for anything from murder and war to a 7 year old stealing a pram! Each story, even those of modern prisoners, is fascinating and adds to the experience.

Built in 1017 it was used as jail as early as the 12th century, in 1531 it was formally constituted as a county Jail and changed briefly over the next couple of hundred years. By the 19th century it was expanded to cope with demand and was used as a prison until as recent as September 1996!! It only opened it’s doors to visitors back in 2006 after a complete refurbishment and restoration in 2004.

As part of it is now also a hotel and restaurants, the part preserved for visitors is small, but ample for a jump into its History and just long enough to hold the attention of kids. The tour took about an hour, and is led in a small group by a character taken from the castles History.  We had “Anne Green” a prisoner from 1650 that survived her own hanging…lets just say it really added to the feel and fun of it all, and certainly grabbed the kids attention! 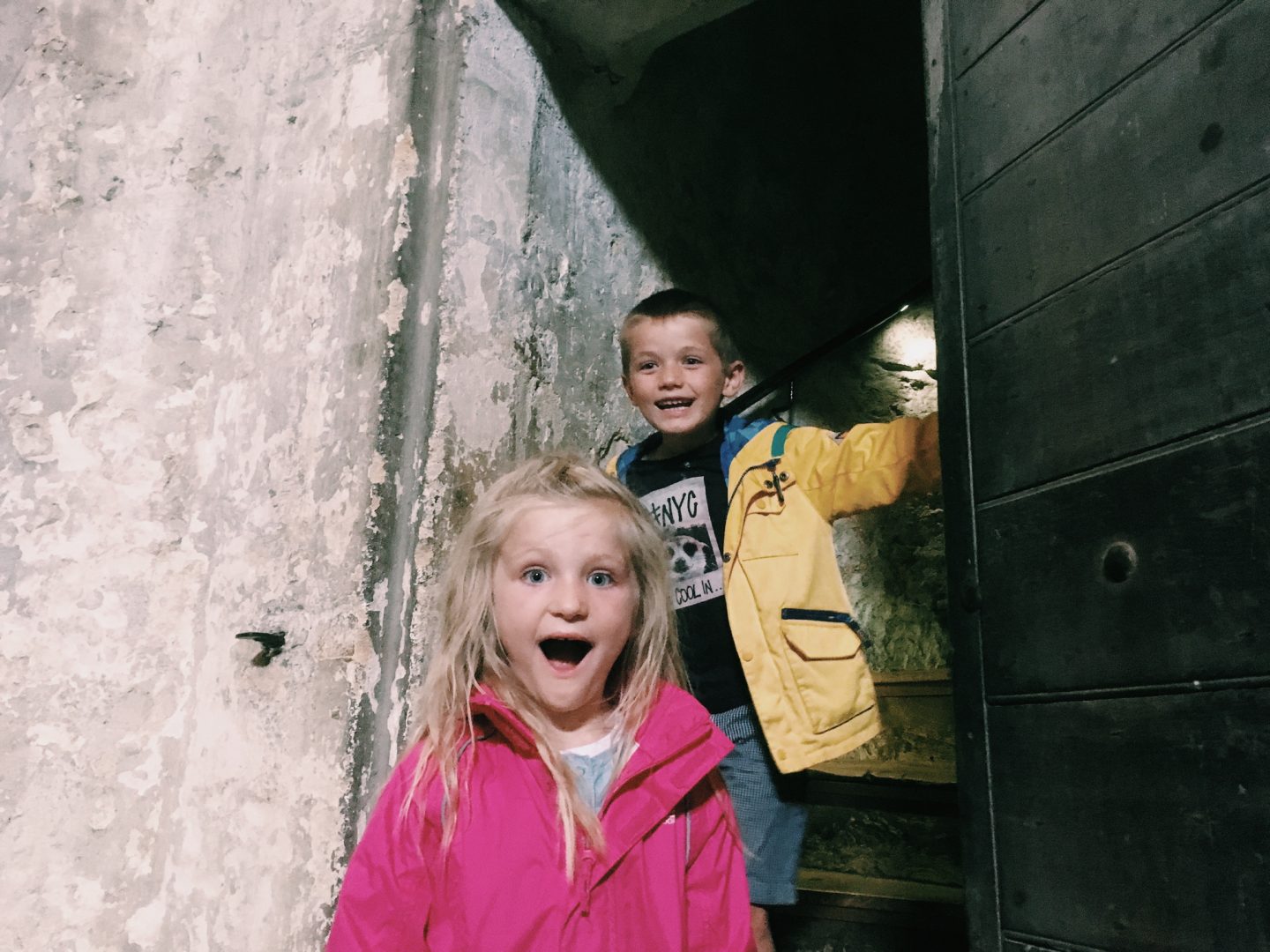 The tour starts through a creepy metal gate at the bottom of the tower where you meet your guide and hear a brief history of the castle; with tales of hard labour by those sentenced to term there during the Victorian era. Next you can climb the 1o1 steps of the Saxon St George’s tower to a decent sized cell and hear tales of prisoners held there, as well as an Empress’s escape! Continuing up the tower you are greeted with 360 degree panoramic views of Oxford city from the top of it. The kids thought this was marvellous and thoroughly enjoyed looking down on the crowds and feeling on top of the world.

Next we plunged (or rather walked) down into the castle crypts to see where the bodies were stored (spooky!).

The rest of the tour takes you through cells, telling you of key characters from its 1000 years and how they lived, were treated and their doom! It was all super interesting and presented in a way gruesome enough to capture the kids and yet not enough that you couldn’t stomach it!  We had a lovely (and informative) visit and learnt tonnes.

Knight school at The Castle

Knight school is a free added bonus to a visit to the castle, and both Ethan and Megs loved the 20 min sess! It runs as part of their “King of the Castle” event for the school holidays, and takes place twice a day on a weekend only (11.30am & 2.30pm) out in the courtyard by staff trained in Sword fighting! In addition you can try to solve a a “King of the Castle” themed trail or take part in Arts & Crafts at the end of the tour. 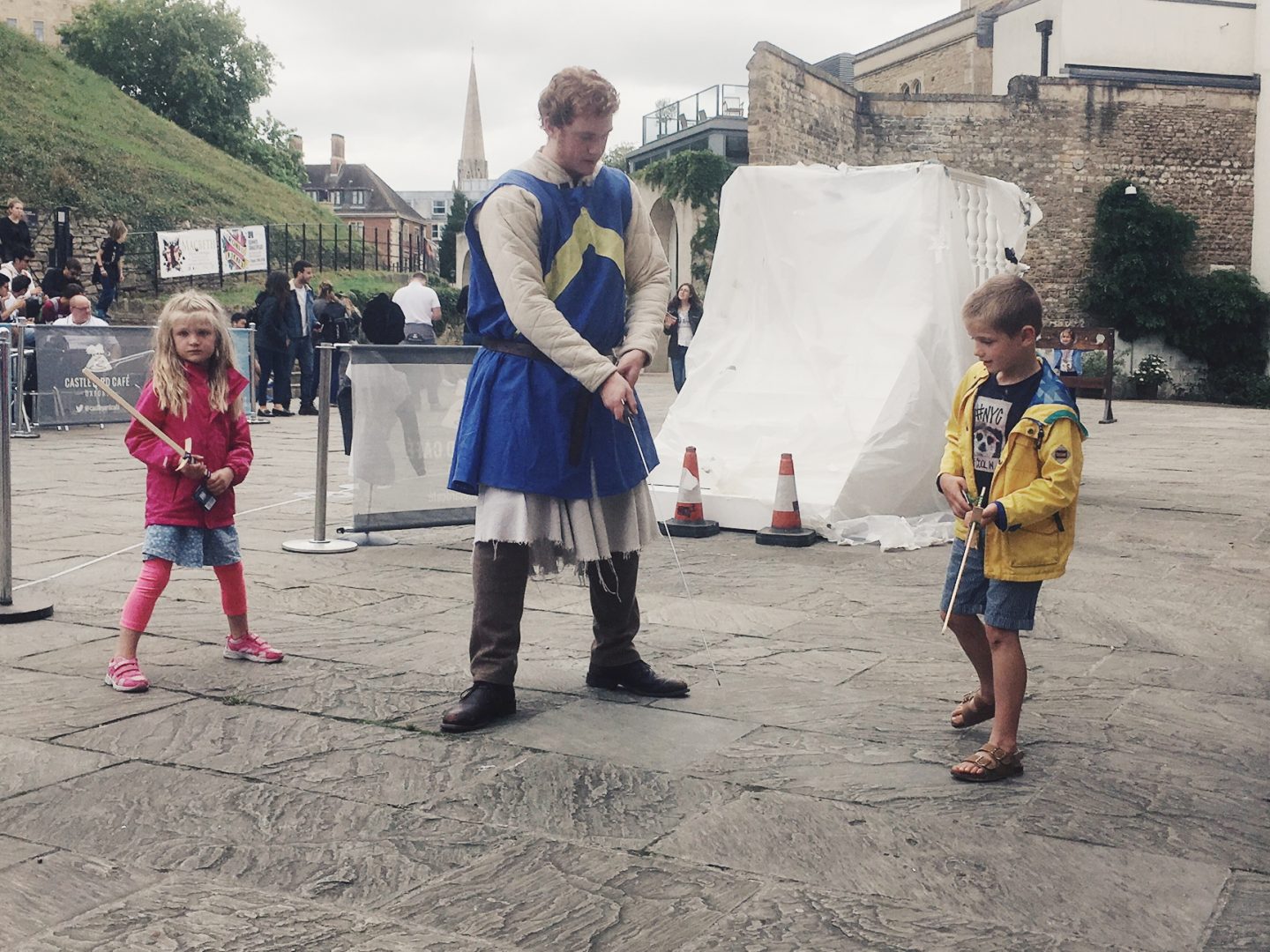 knight school was certainly one of the highlights, and something a little different to anything we have done before at museums and castles! It was great to see the kids having an opportunity to not only hold a sword, but practice holds, stances, walks and counter strikes with little wooden swords of their own alongside “a real knight”! The session was informative, interesting and lots of fun, and again just long enough for kids ages 5 & 6. 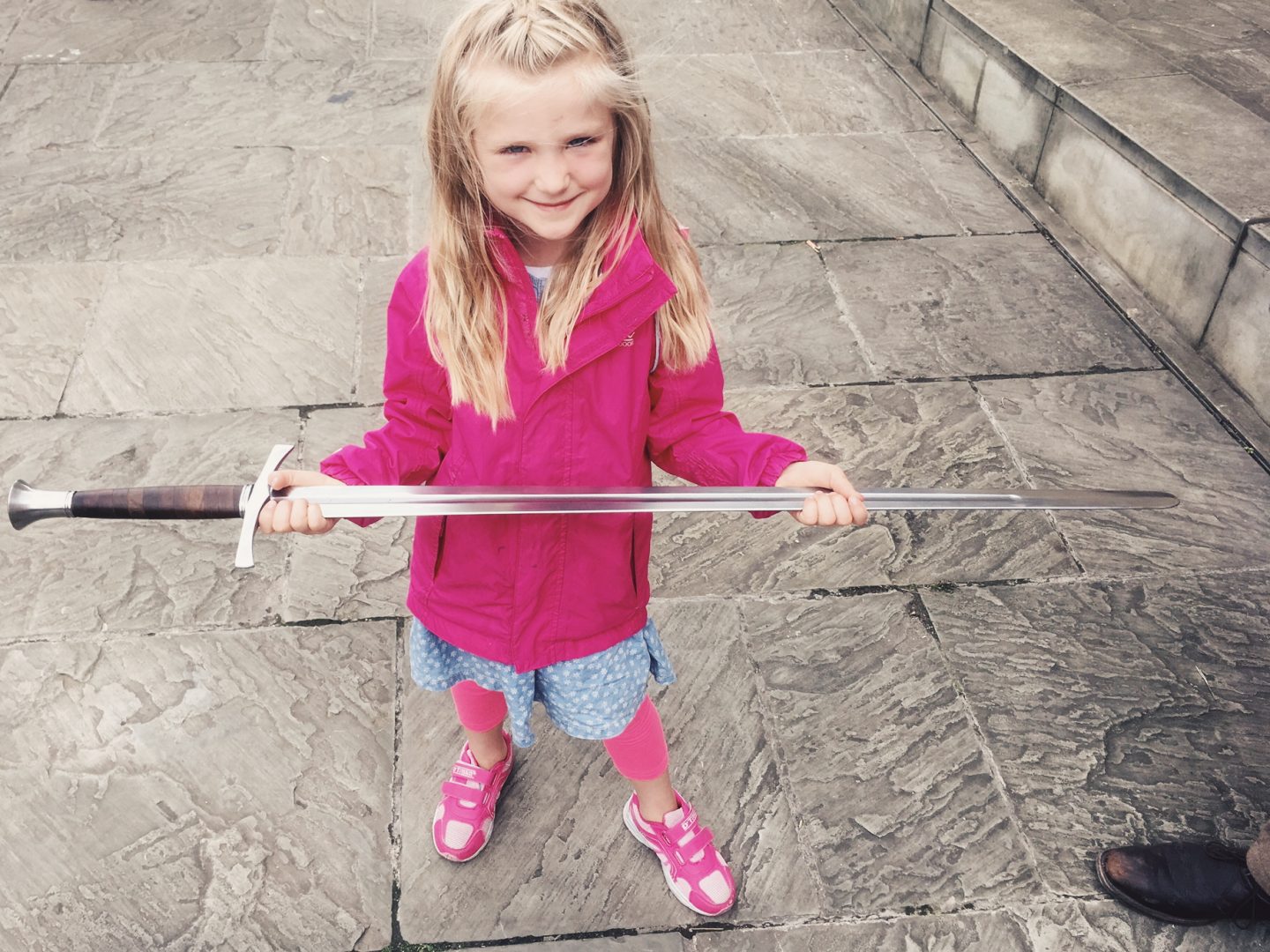 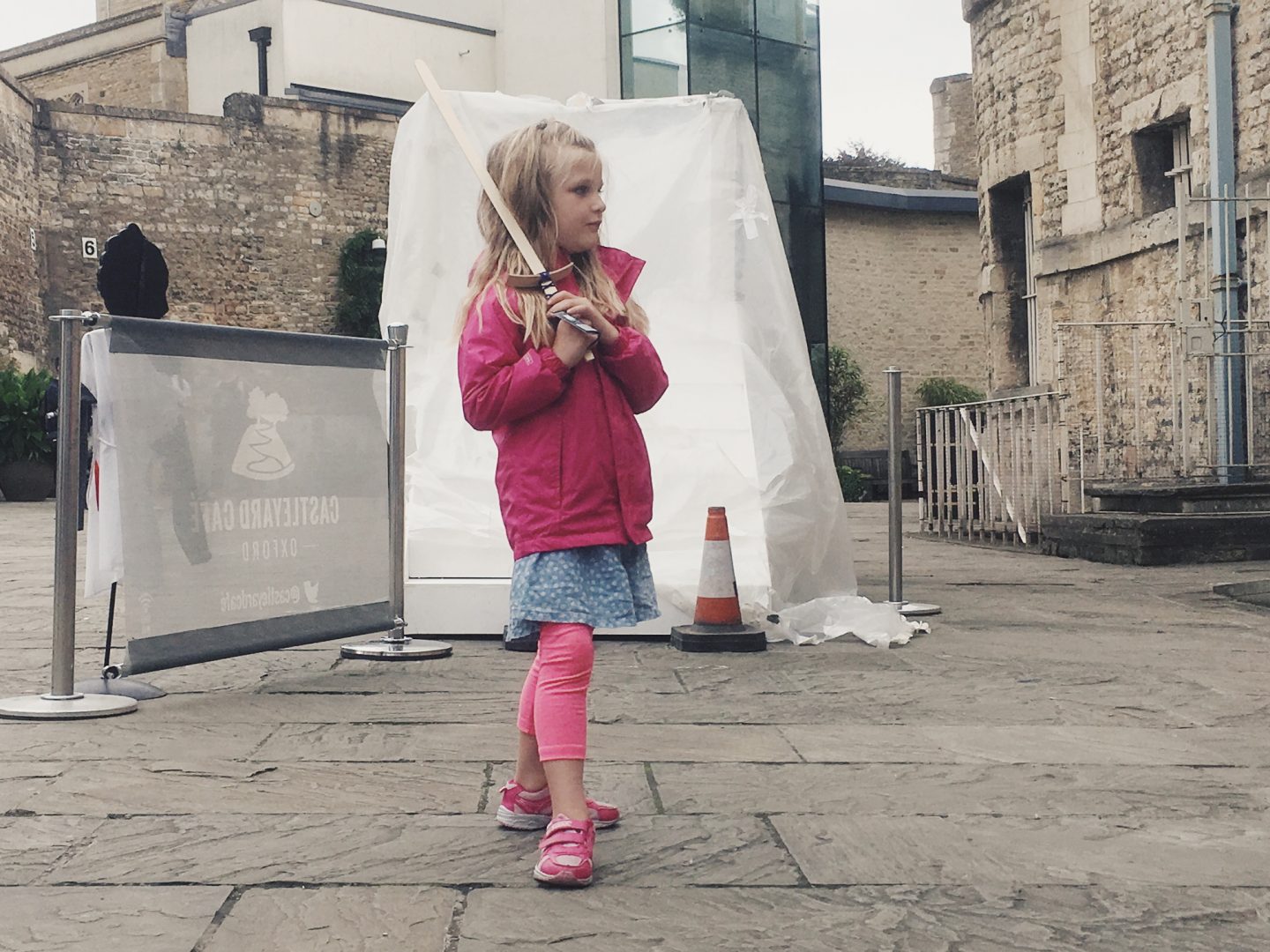 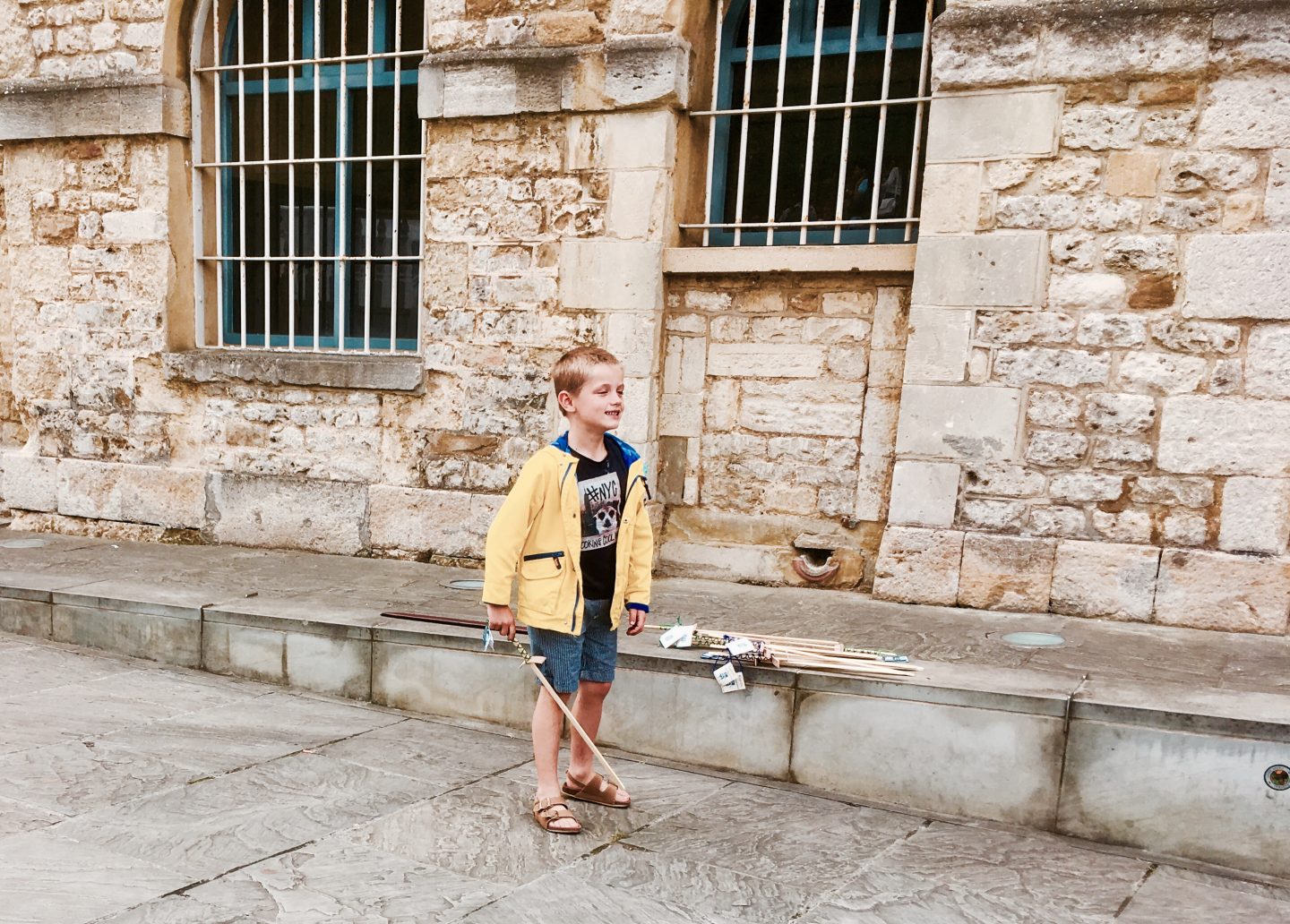 Following church on Sunday, we spent the afternoon walking around the colleges and checking out the famous buildings one thinks of when you think of Oxford. The sun was shining, and whilst tourists were out in the masses, it was absolutely beautiful. For brief moments I felt like we were in some foreign and far off land, but it was exciting to remember that all of this beauty is just a mornings car ride away!

We loved seeing all of the sites of Oxford and barely spent a penny doing so! There is so much to see and appreciate just wandering it’s streets and we had a lovely weekend there.

Being away from the everyday is always more fun and life is great when filled with some adventures. It was so exciting to have a change of scenery, especially in such a stunning city that’s right here in our country! If you have a chance to visit Oxford this Summer then get yourself there and check out the Castle too…you won’t be disappointed! 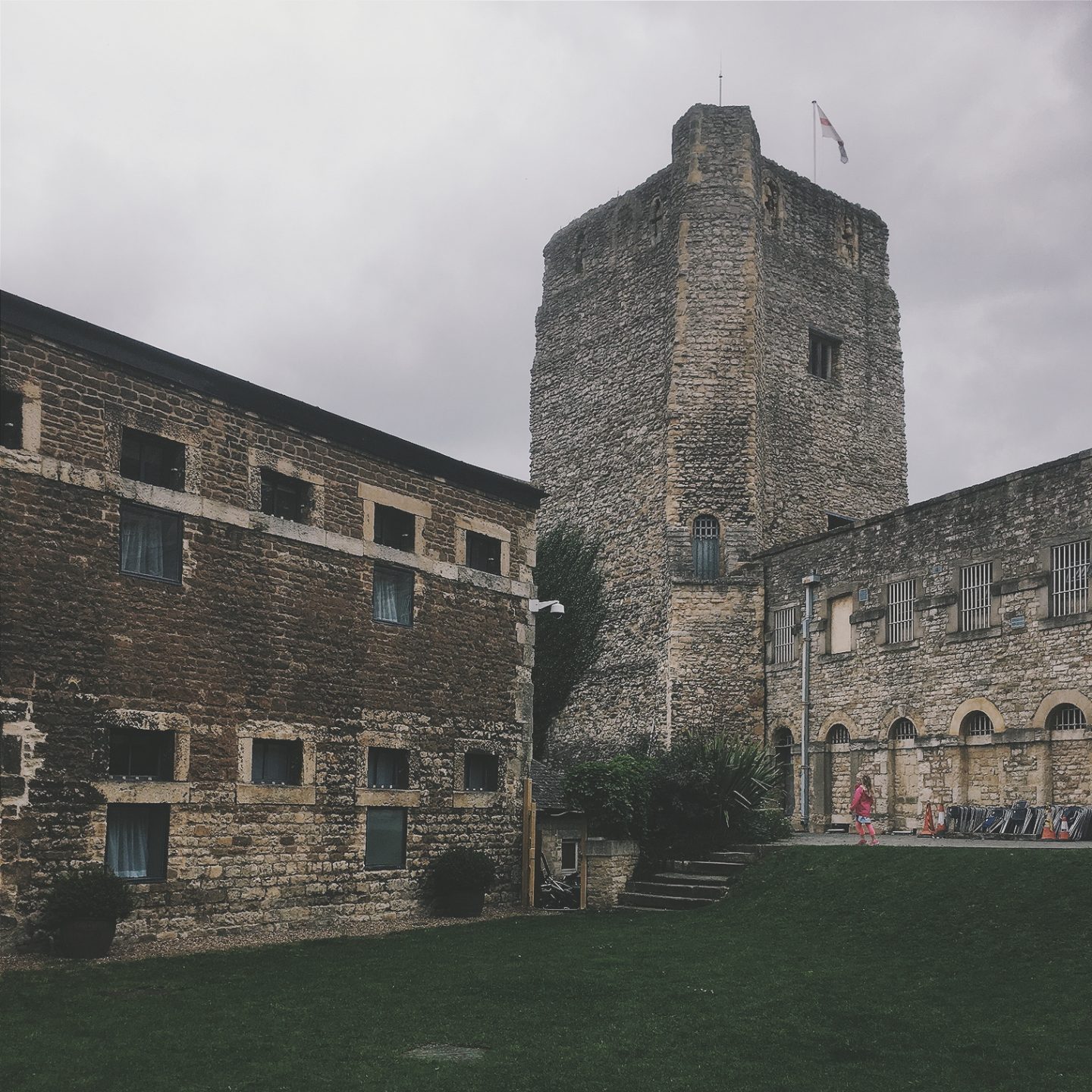 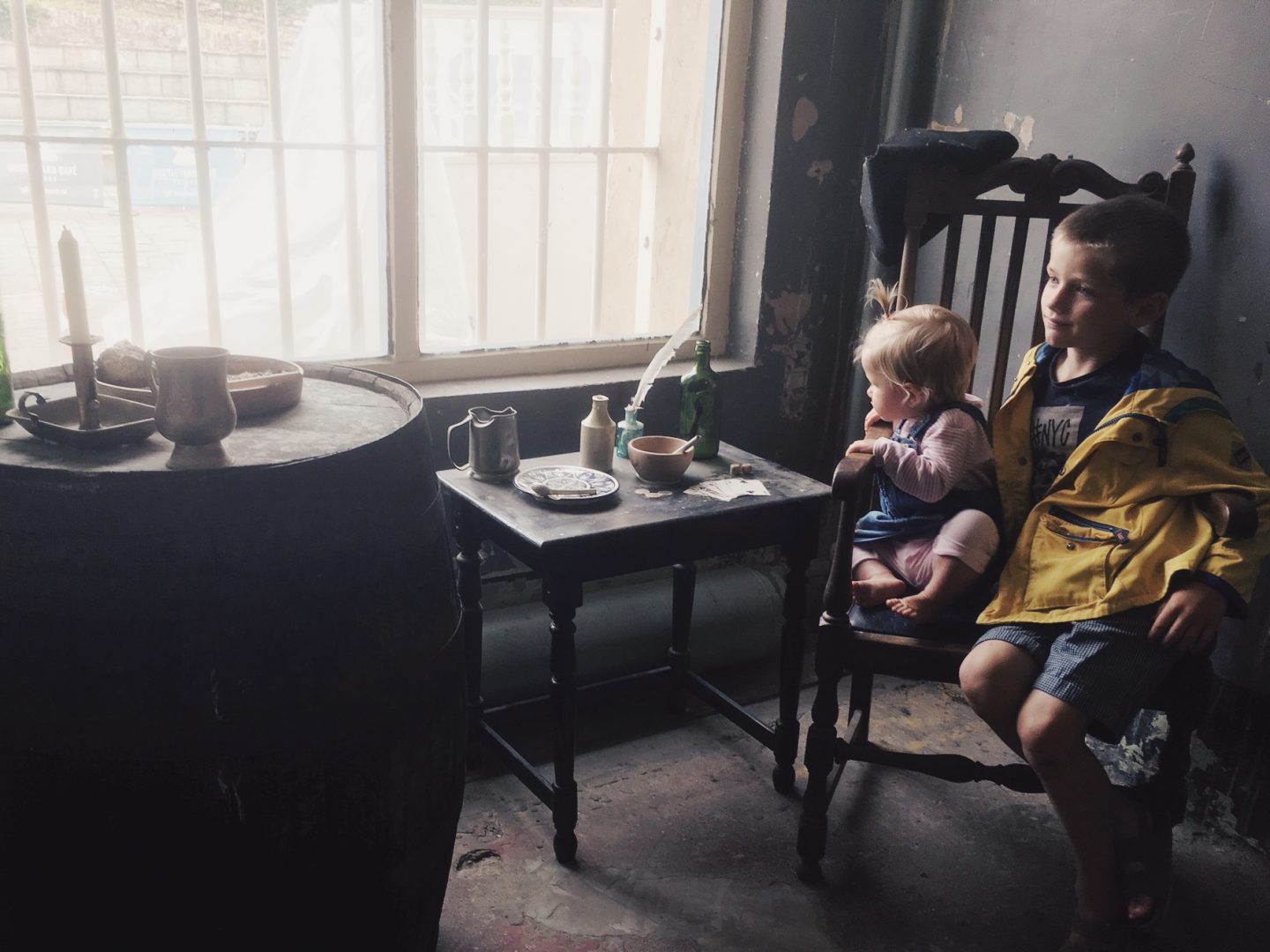 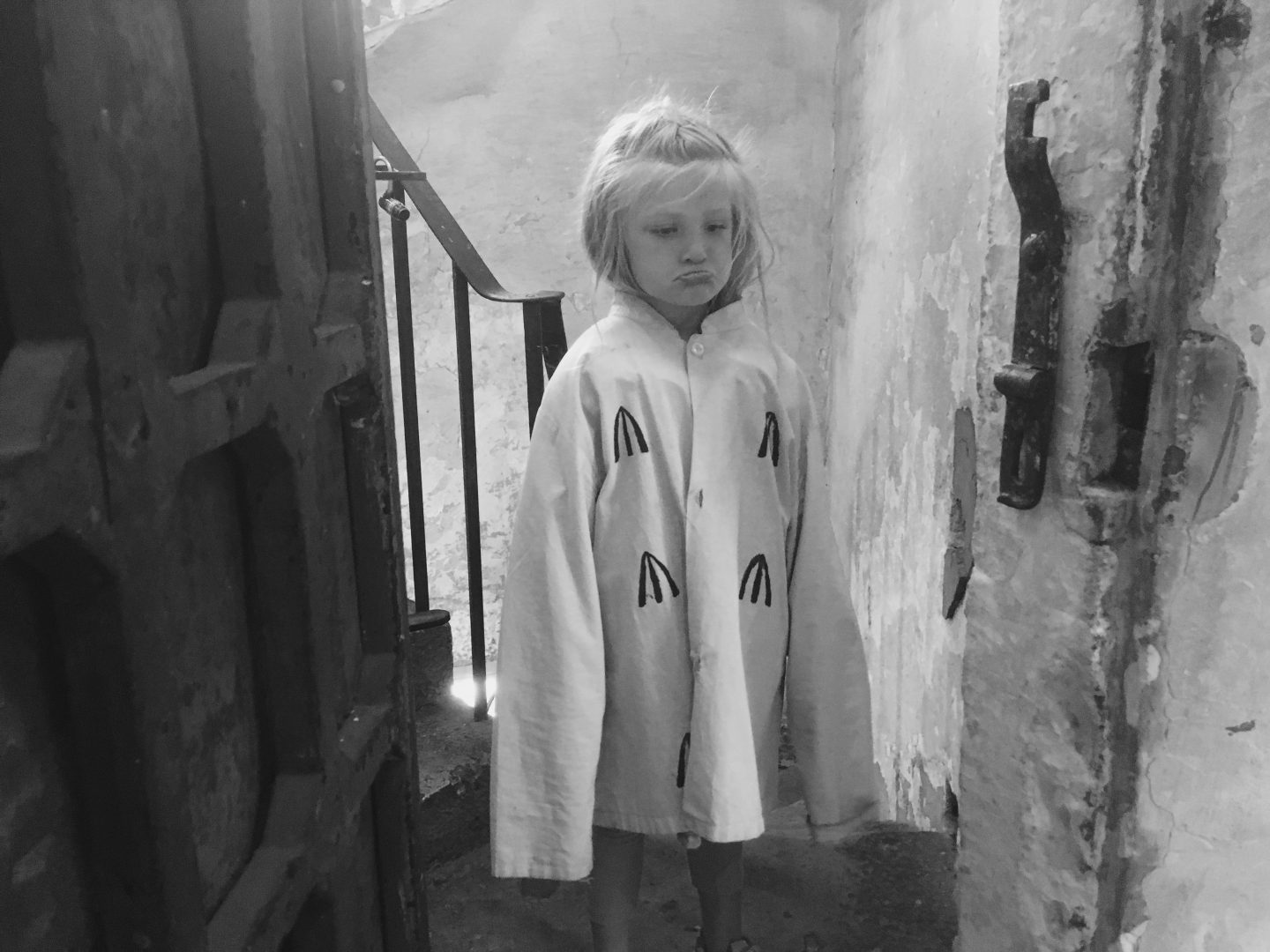 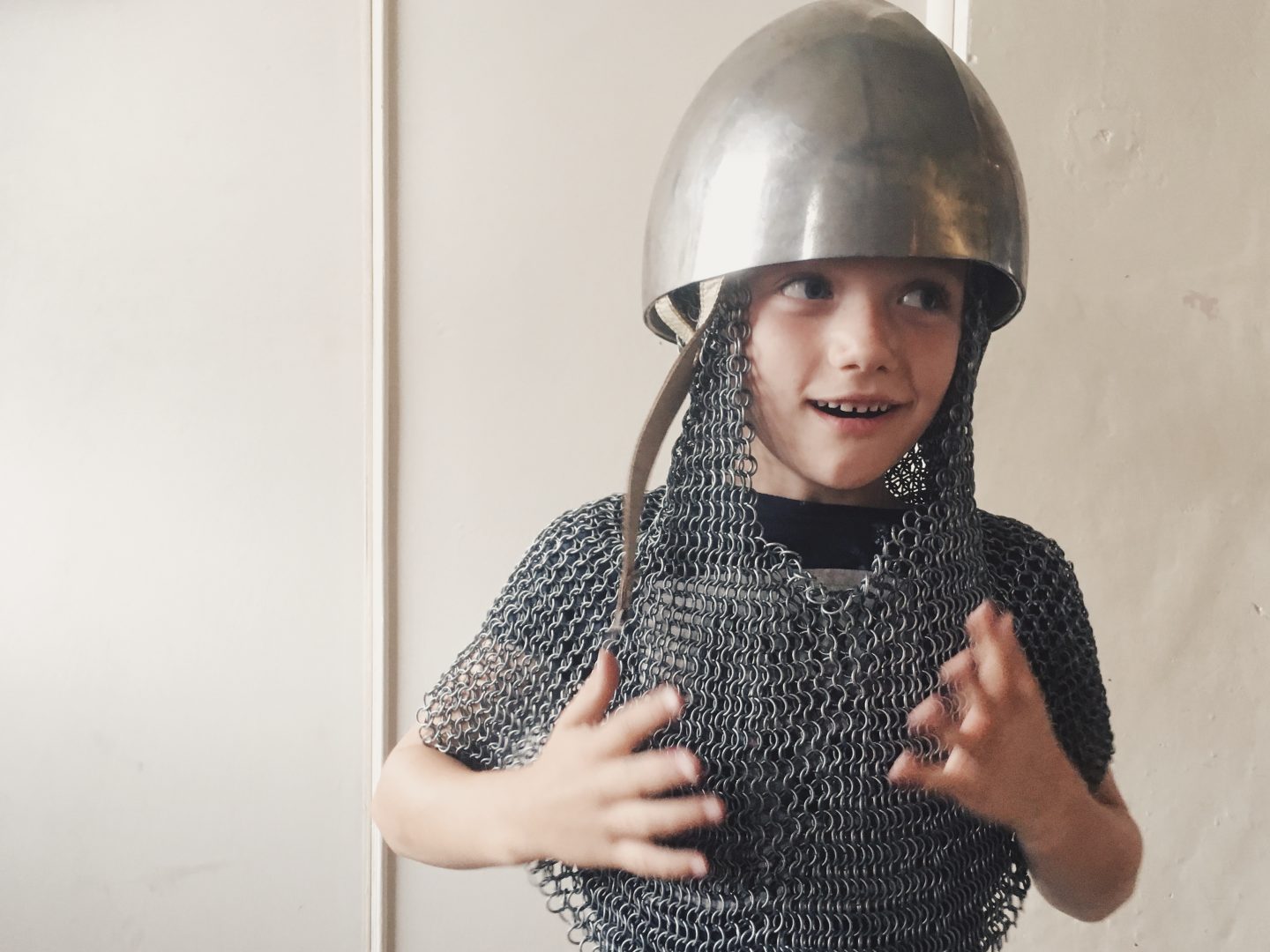 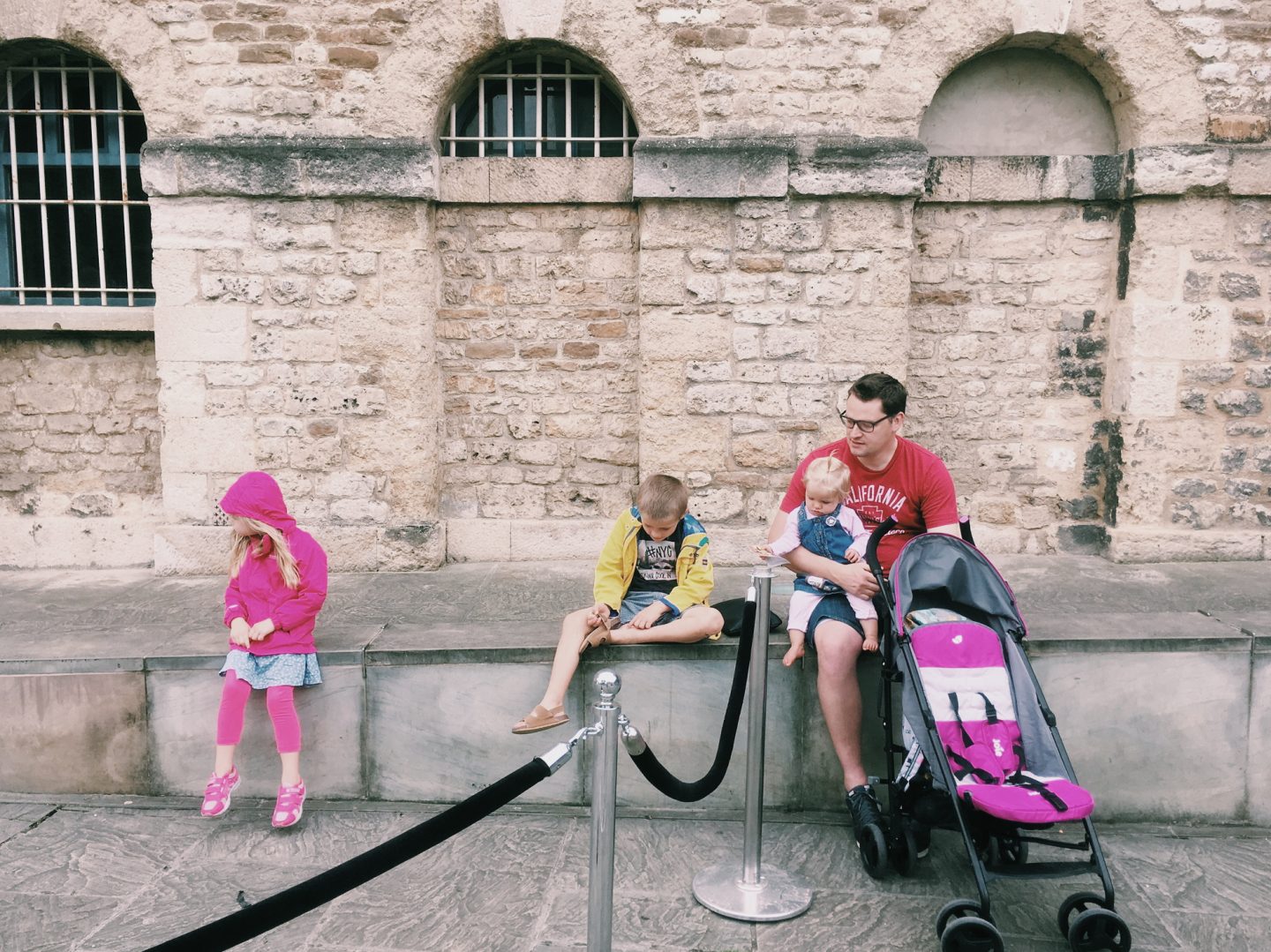 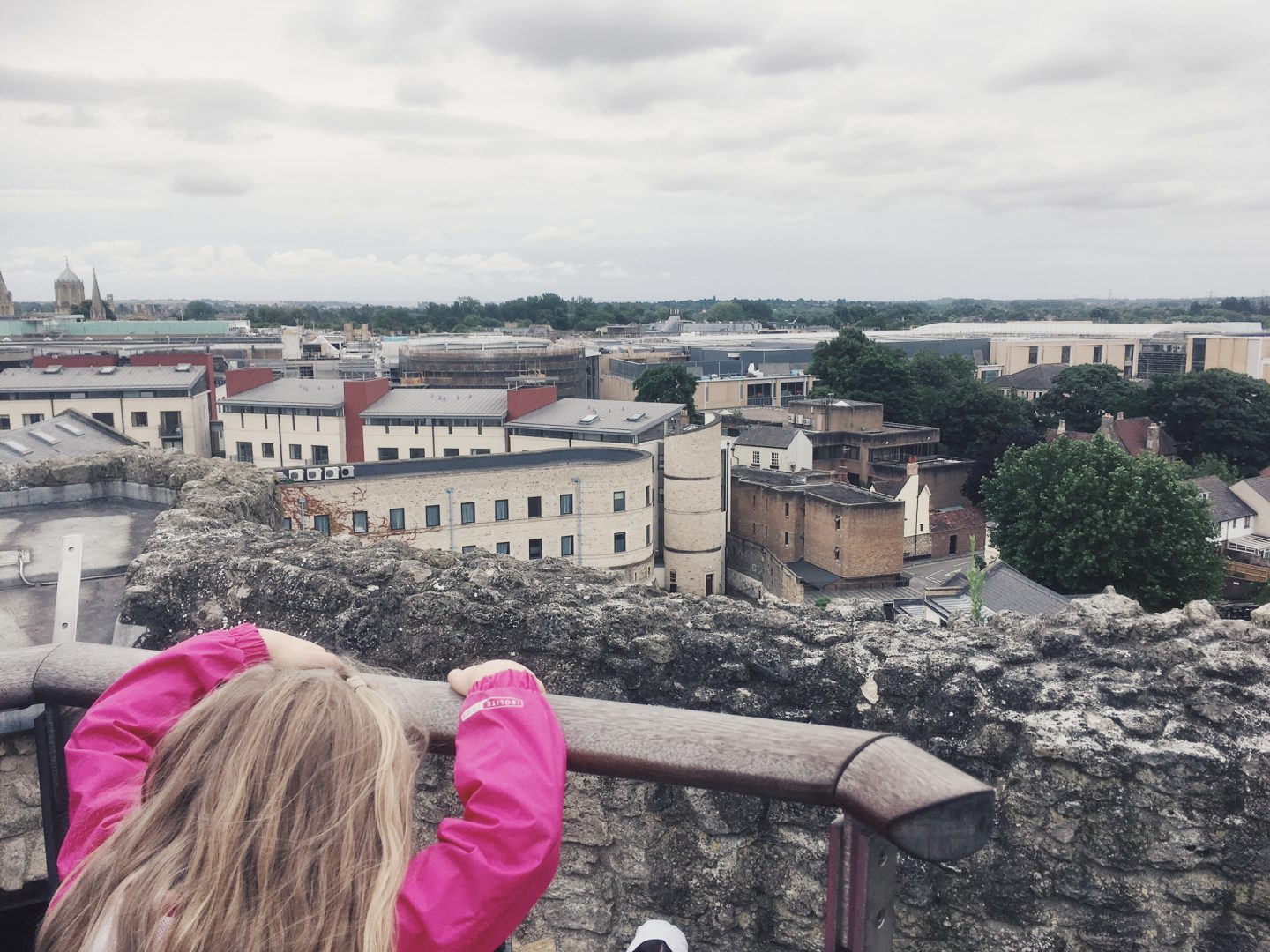 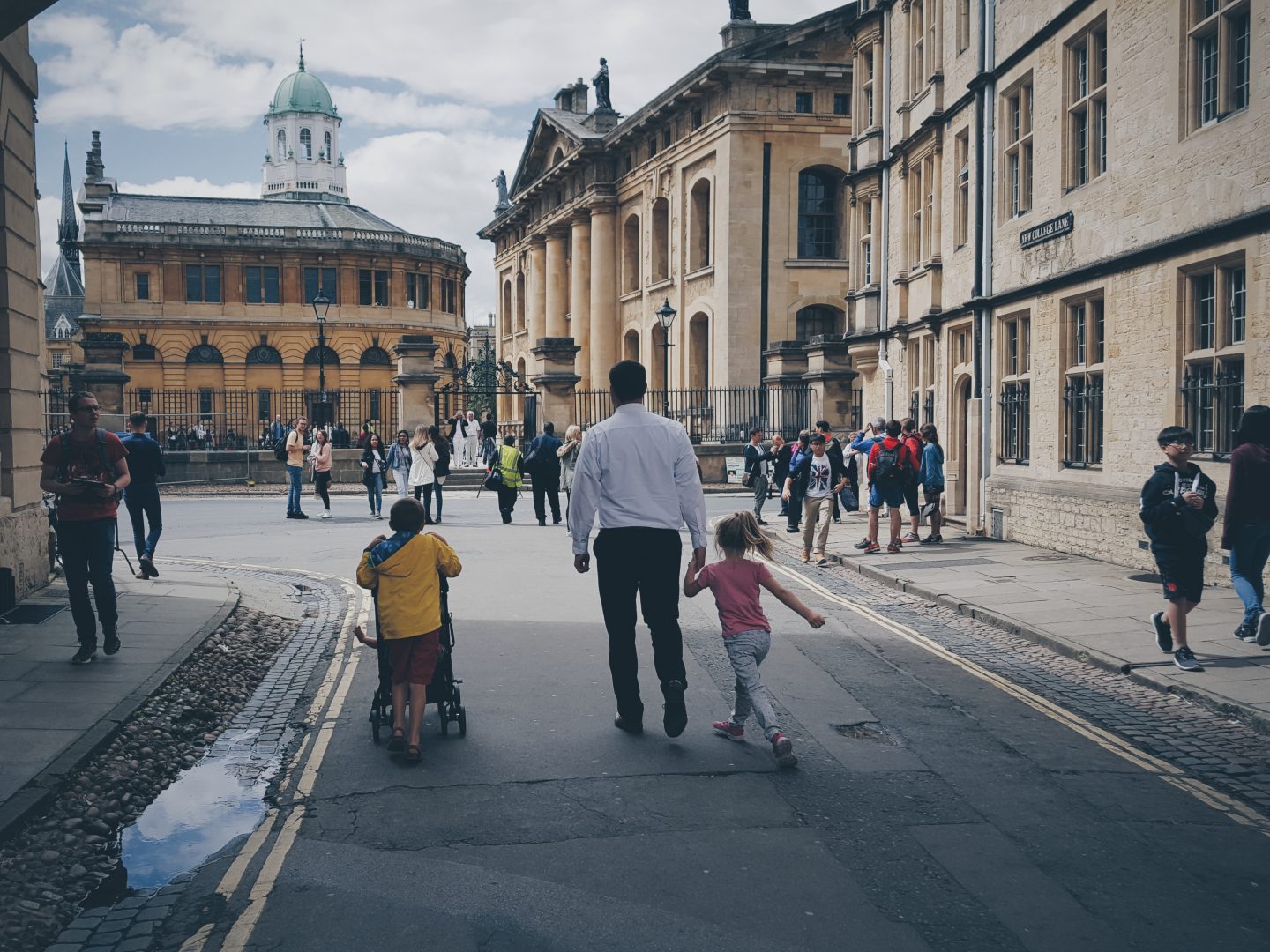 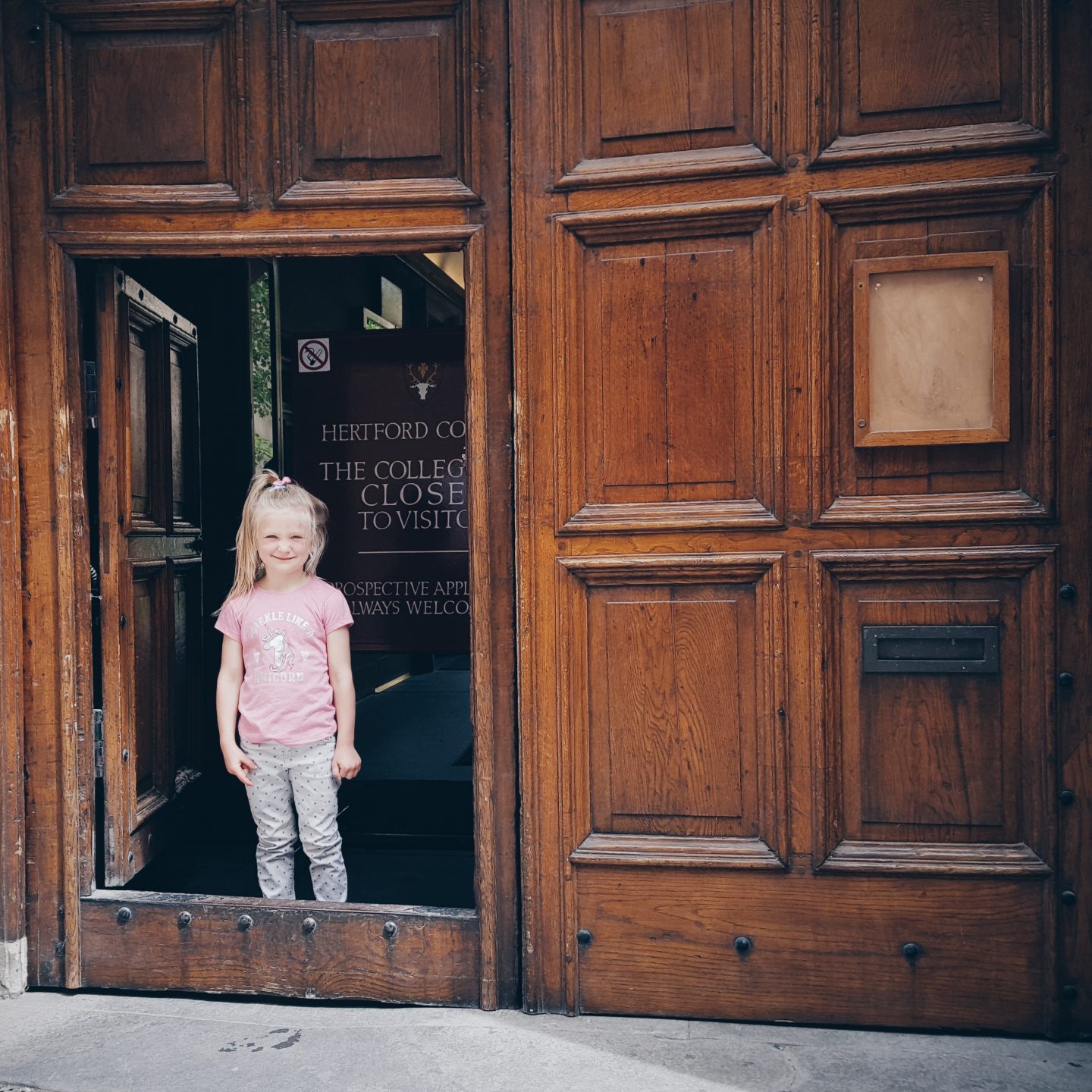 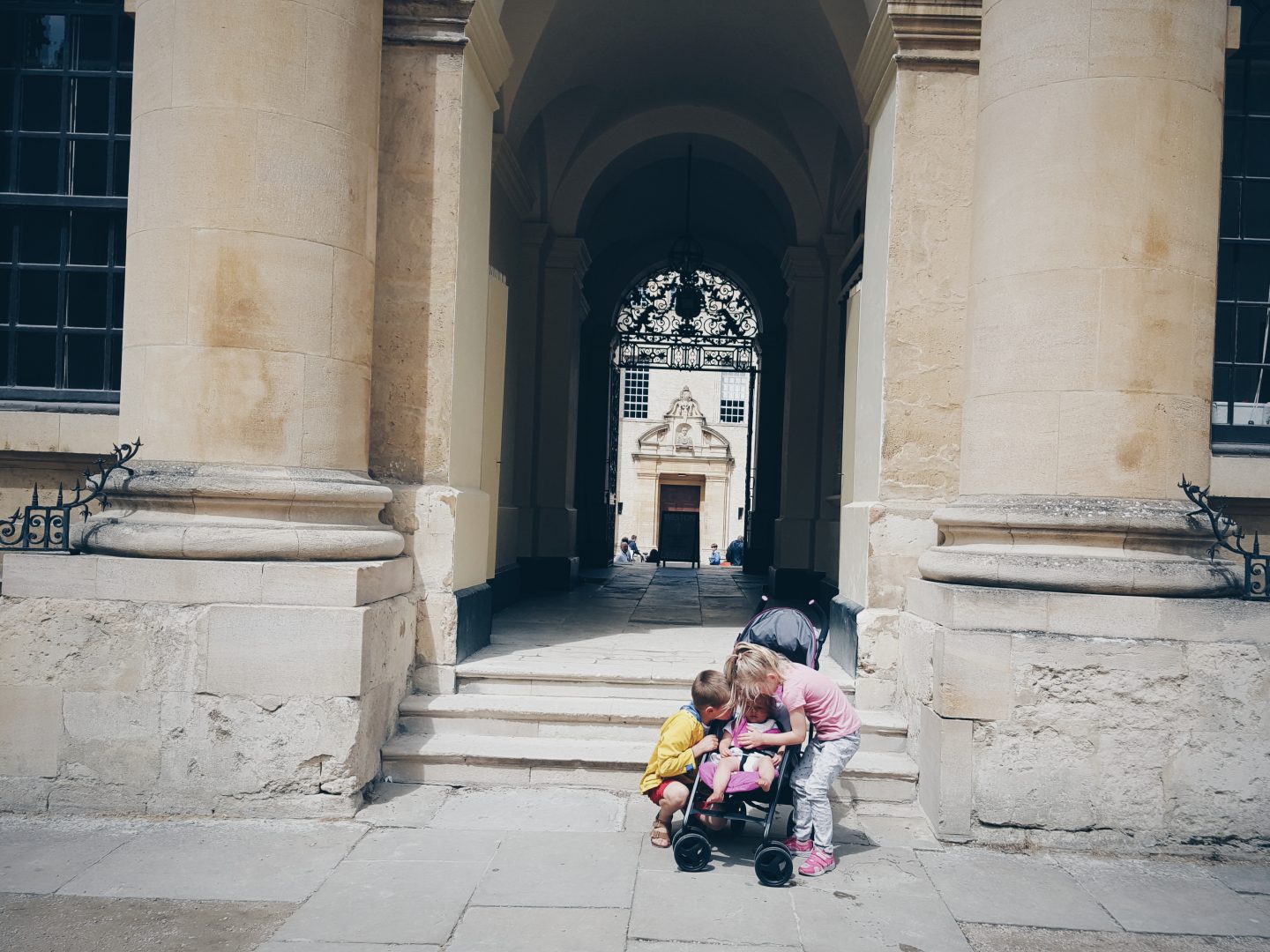 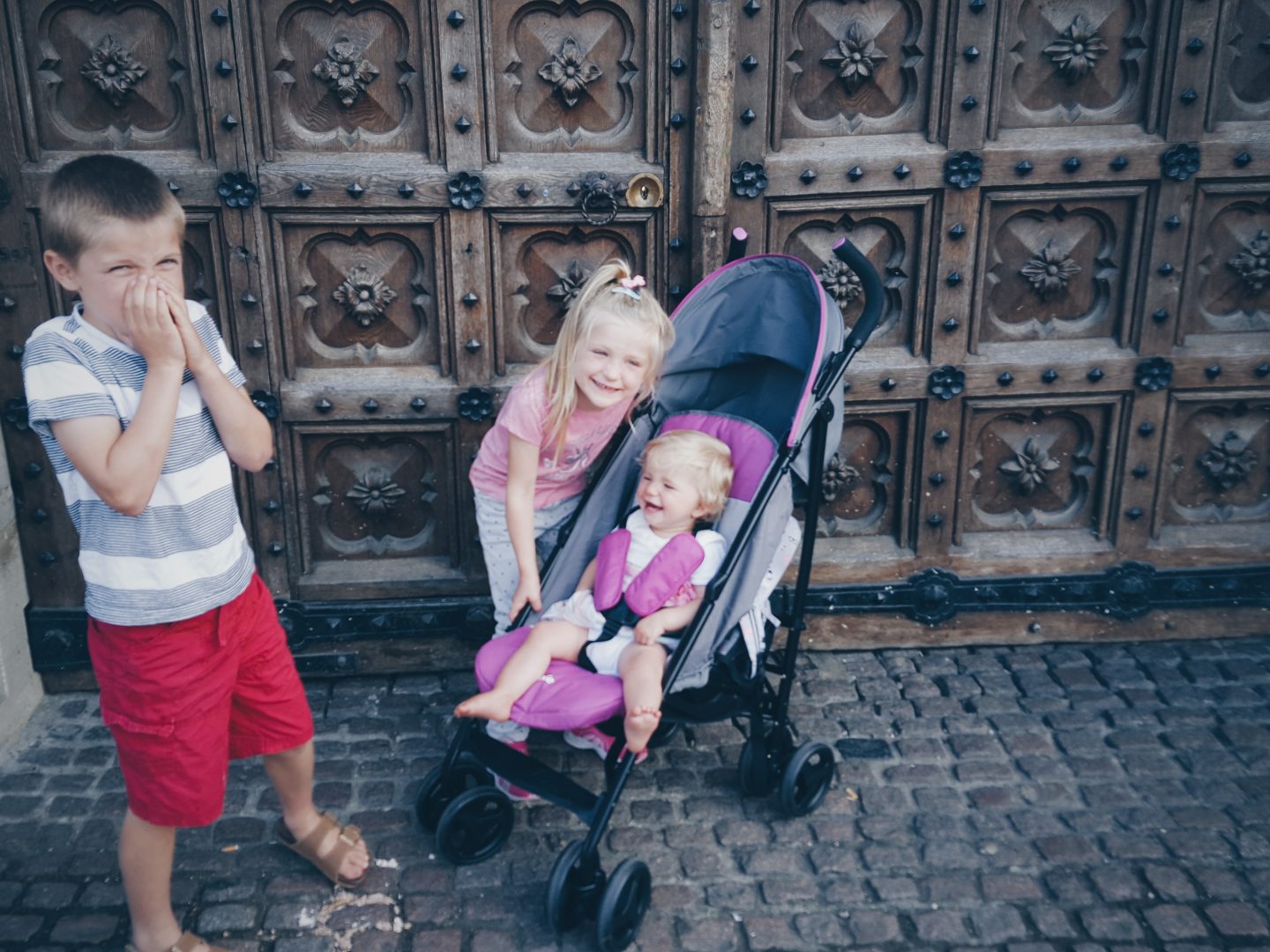