Squidge & Pip Sensory Teething Toys were created by a fellow Yorkshire mum “Mary Lord”, and Alice was kindly sent one recently for us to try! Squidge is a dog shape and Pip a cat, and they are a fun contemporary teether made from medical grade silicone (which is the perfect density for babies to bite and chew)!  They look different from your regular teether and that’s because just as they are intended to be soft and comforting on babies gums, they are also designed with several interesting parts and textures for baby to explore orally, thus stimulating senses and helping babies learn about different shapes while developing the muscles needed for speech and weaning development.

It all sounds rather interesting for something as simple as teething toy doesn’t it? Well here’s what we thought! 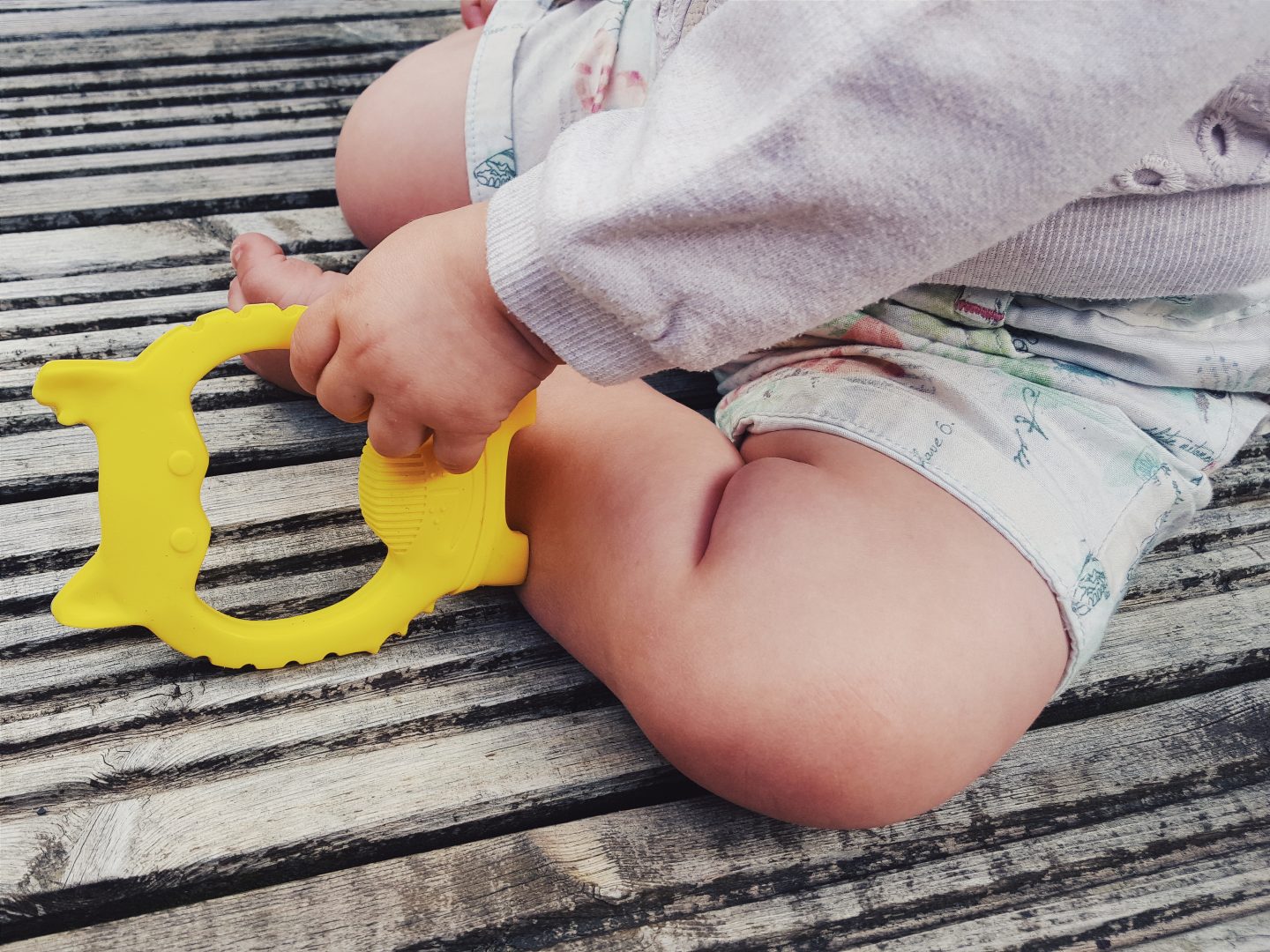 Squidge & Pip obviously take pride in their product and immediately I was impressed by their gorgeous packaging. It makes it so lovely to receive, and therefore would make for a great option for birthdays or mum’s to be! Not only does it come in lovely packaging, but each toy also comes with a handy little travel pouch too. I always find little touches like this so nice and make it feel that little bit more premium!

They retail at £20, which to me is a little more than I would normally spend on a teether, but given the fact that it’s also a great sensory toy too I suppose its reasonably priced. 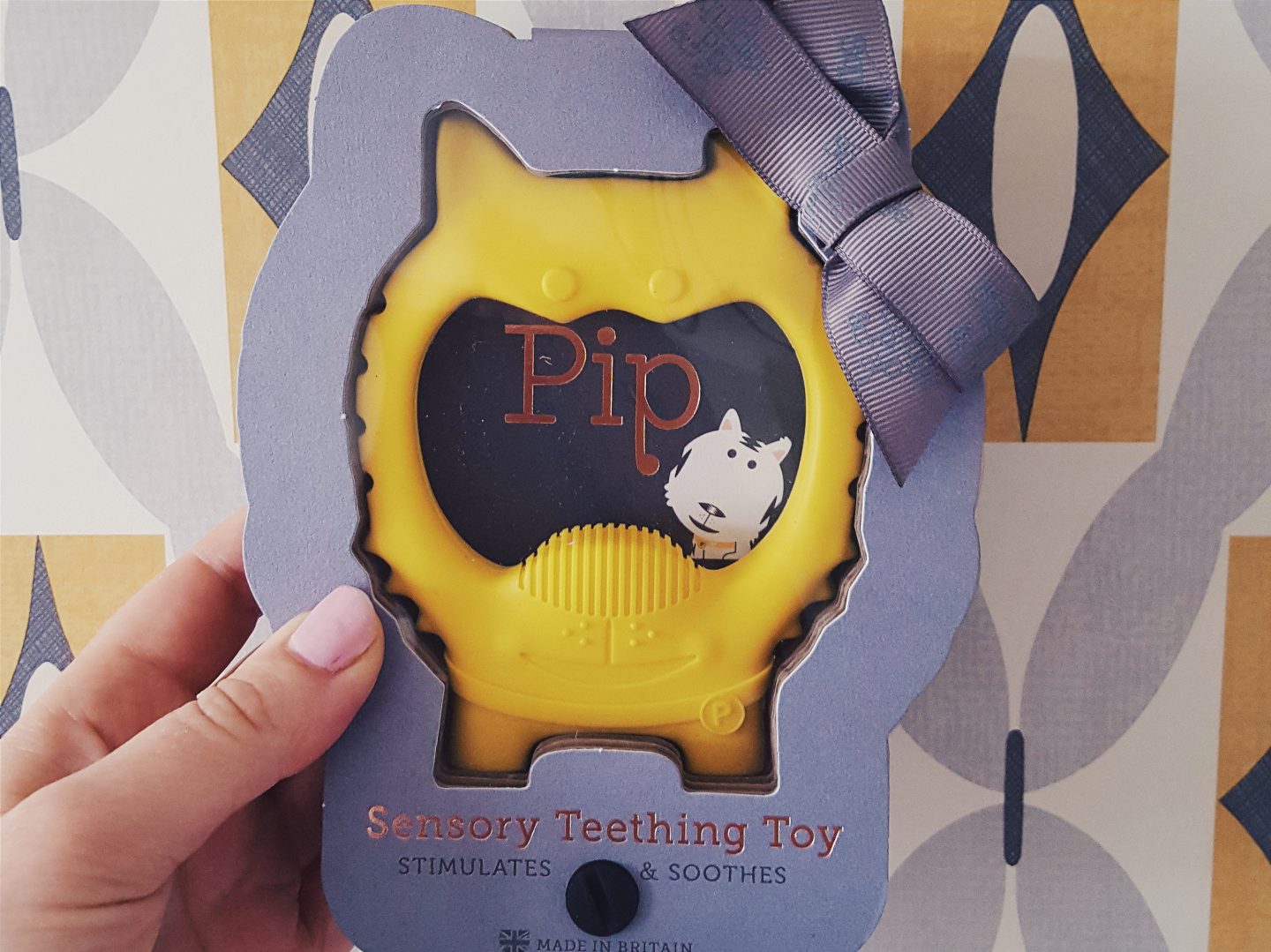 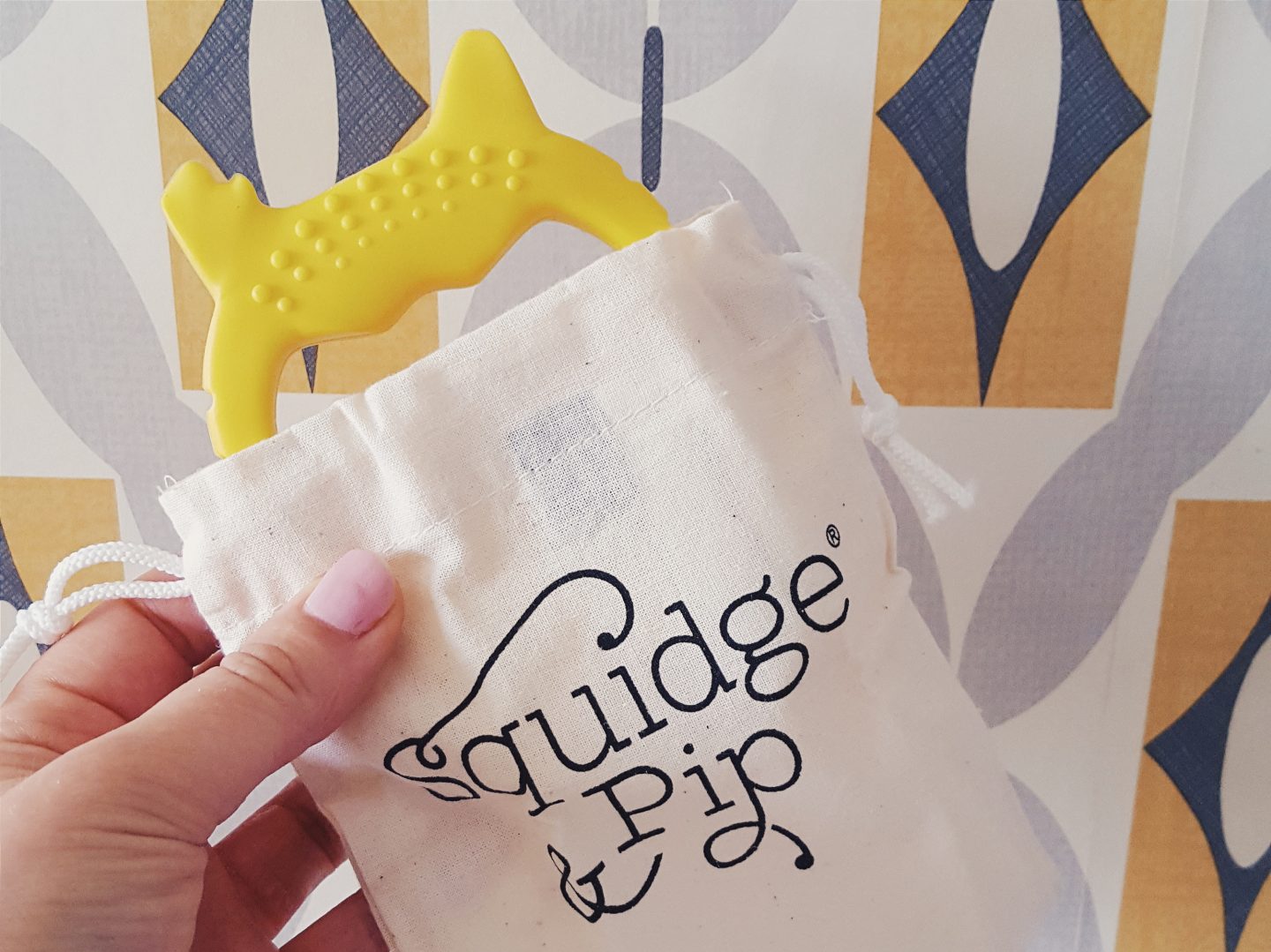 I also love that they can easily be washed, sterilized and even frozen to add extra comfort and soothing to babies mouths!

At first I wasn’t 100% sure of the look of it as initially I thought it was a little odd, but the more we’ve had it, and the more I have read up on it and seen how lovely it is for little hands to grip and little mouths to chew, it really has grown on me. I think it’s a great funky little toy for Alice and useful to have on the go!

Alice too at first wasn’t so sure of it either, and after one small nibble lobbed across the room and moved on…I was pretty gutted and hoped for more from my teething little dumpling…

Nowadays it has become a little fave of hers. She still likes to lob it around but now follows it, holds it, carries it and thankfully chews on it way more too! It has become a great distraction on long journeys and in church and her little face lights up when we wave it in front of her. I actually love how attached she is becoming to it (its rather cute really) but mostly how it chills her out too. Its nice to think its not only helping her with teething, but also with motor skills, chewing and speech development (to name a few)! 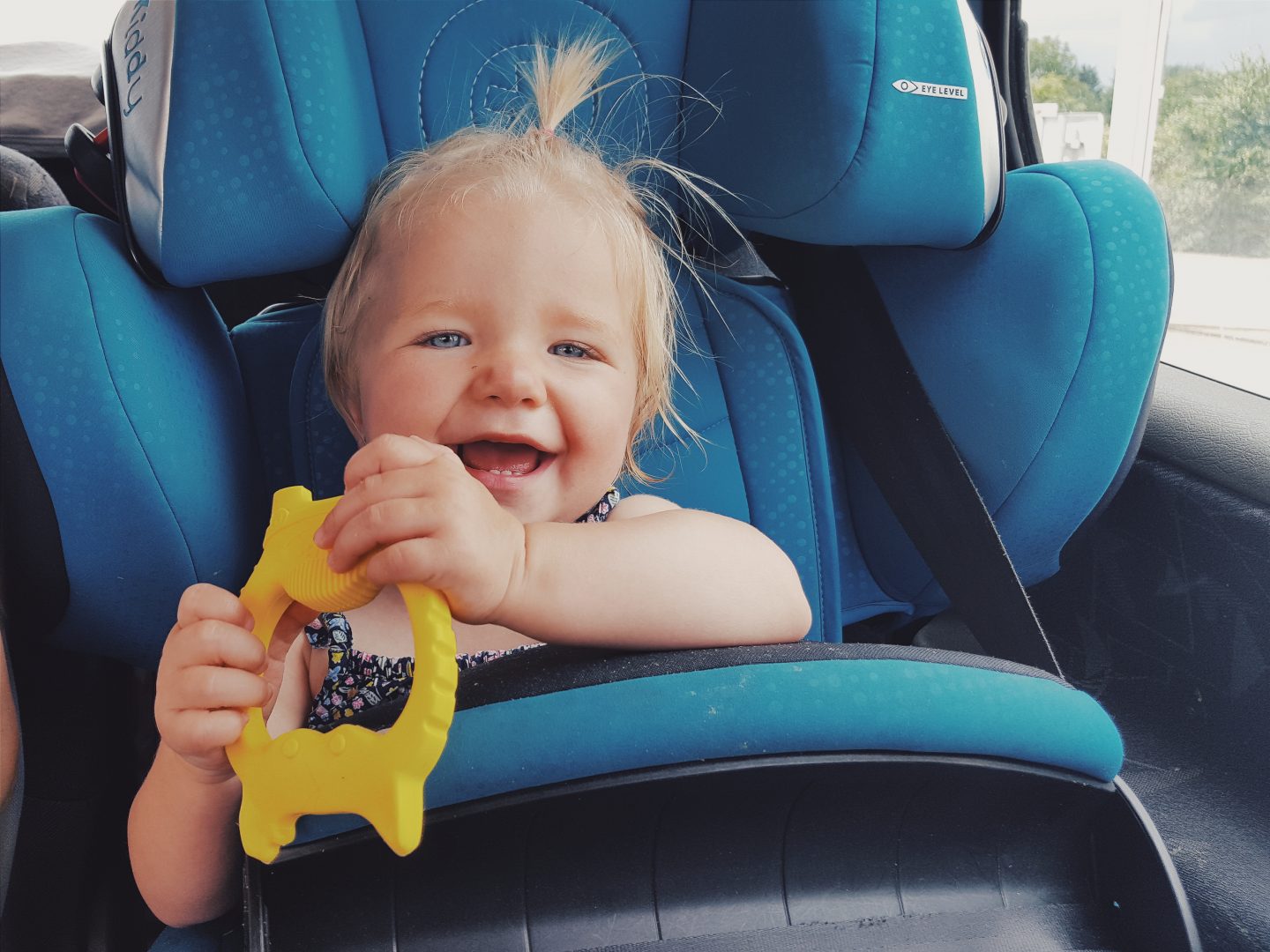 I think that Squidge & Pip are a lovely idea and it’s something that can grow with the child; both to aid them in the heights of teething and then just to play with as they crawl, toddle and explore!

Teething is such a difficult stage and one that can leave you feeling rather exhausted and even stressed out. I often feel helpless despite knowing various things that can ease their suffering and so I guess when I think of all of that, to have a little teether to bring comfort in the form of a cat or dog pal is really rather wonderful for them! 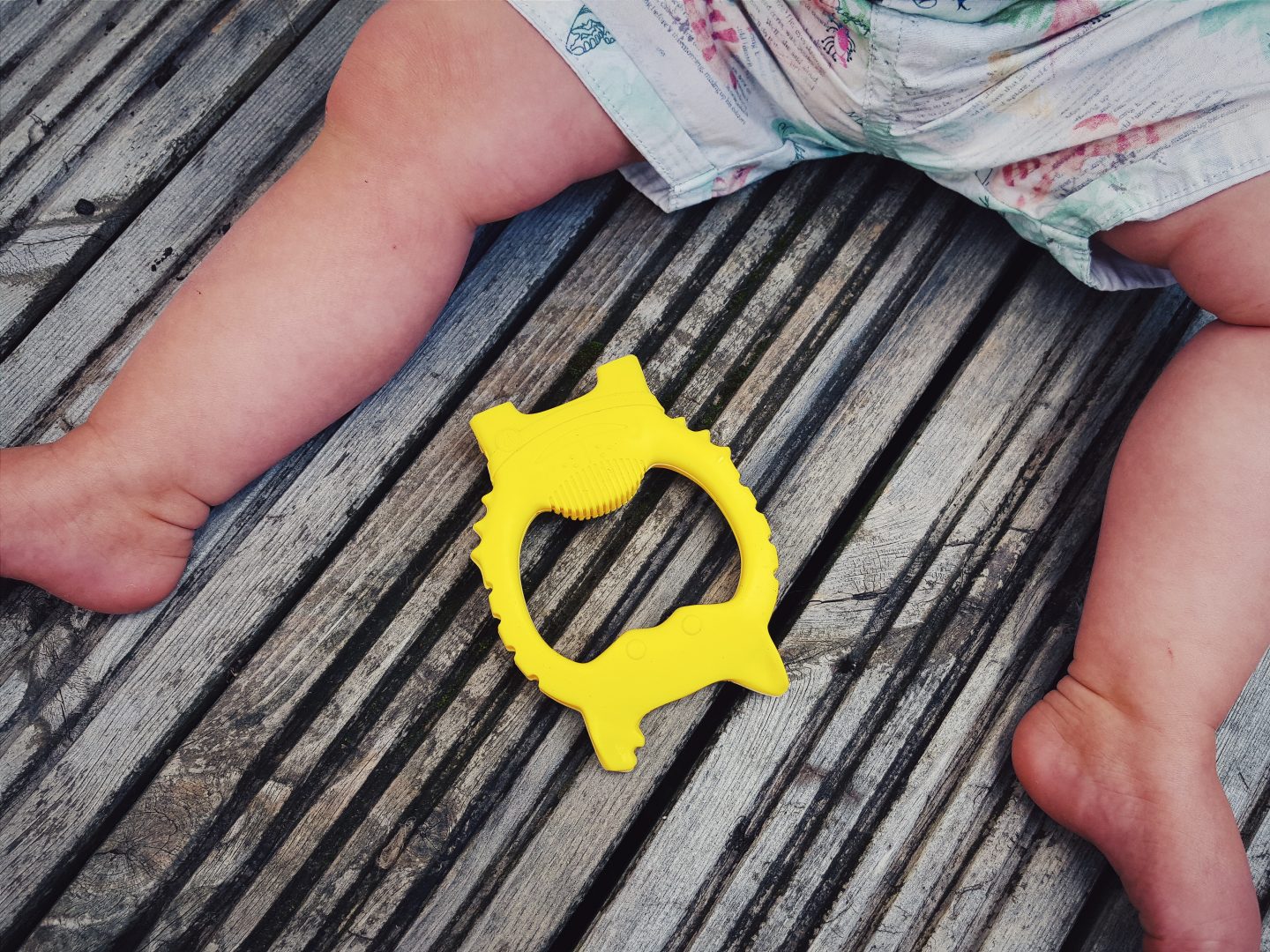 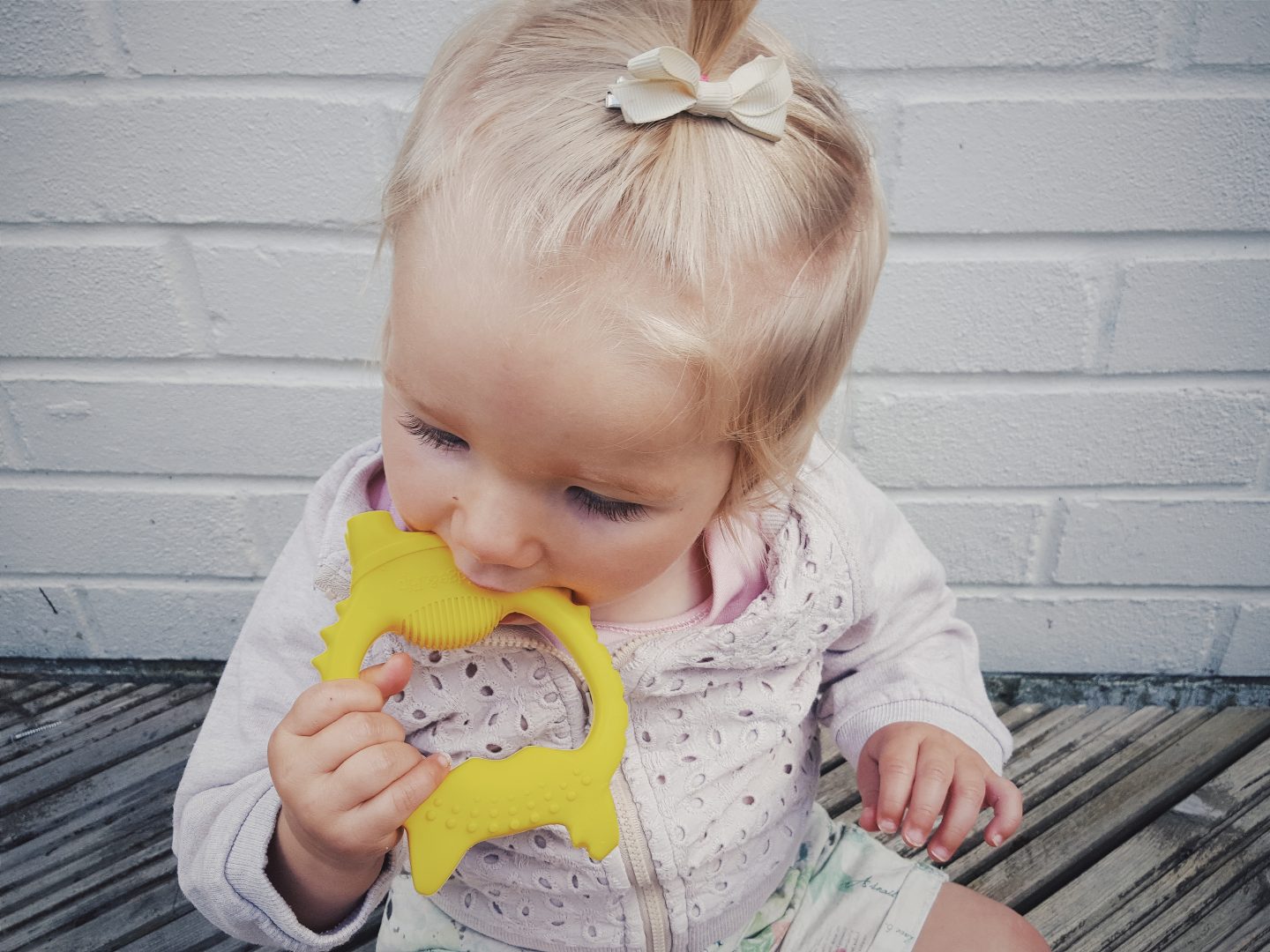 Squidge & Pip would like to give one of our readers the opportunity to WIN their very own sensory teething toy. So if you would like that to be you…whether for a little one of your own or as a gift for a friend, then enter via the Rafflecopter below! 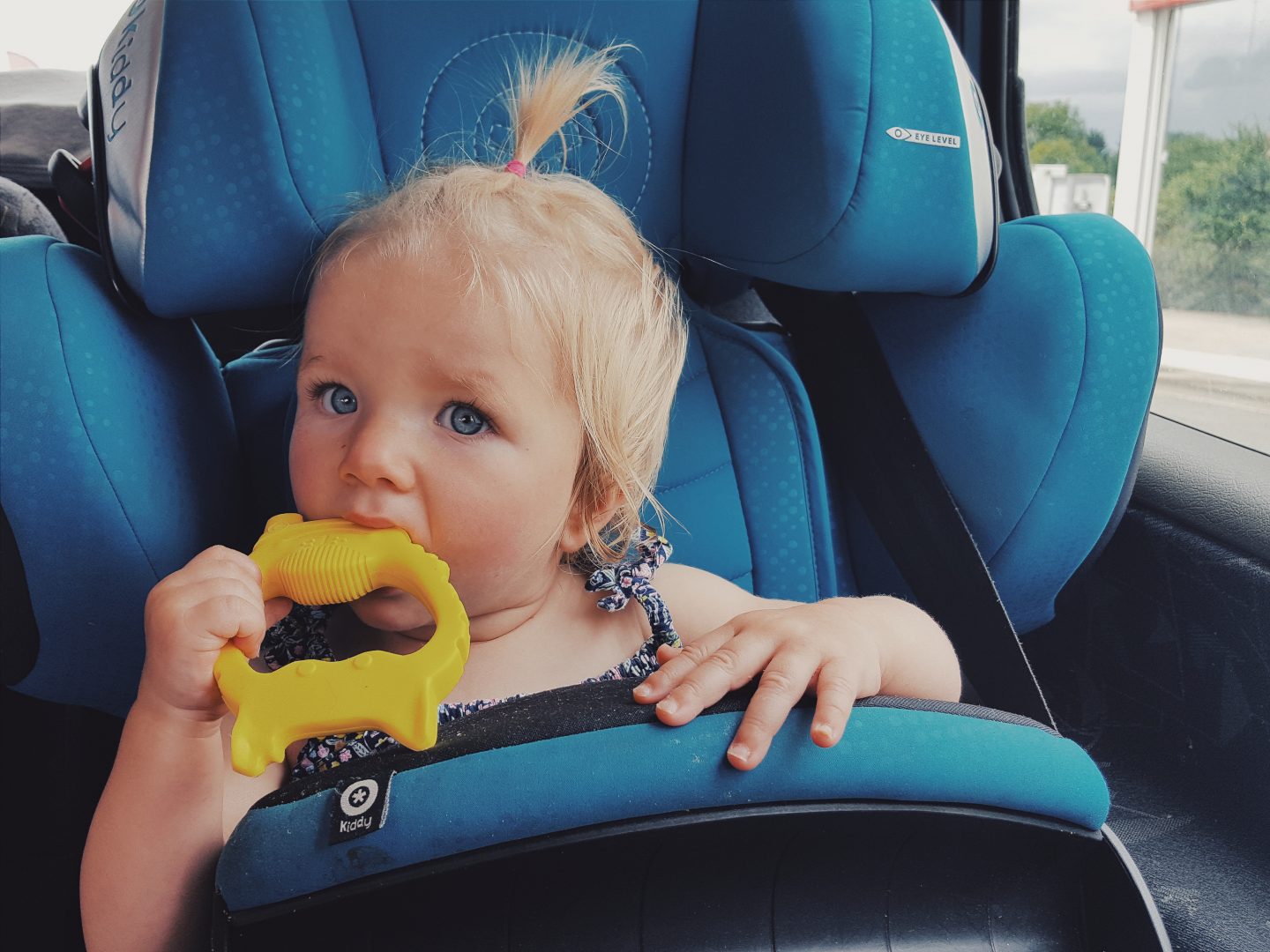 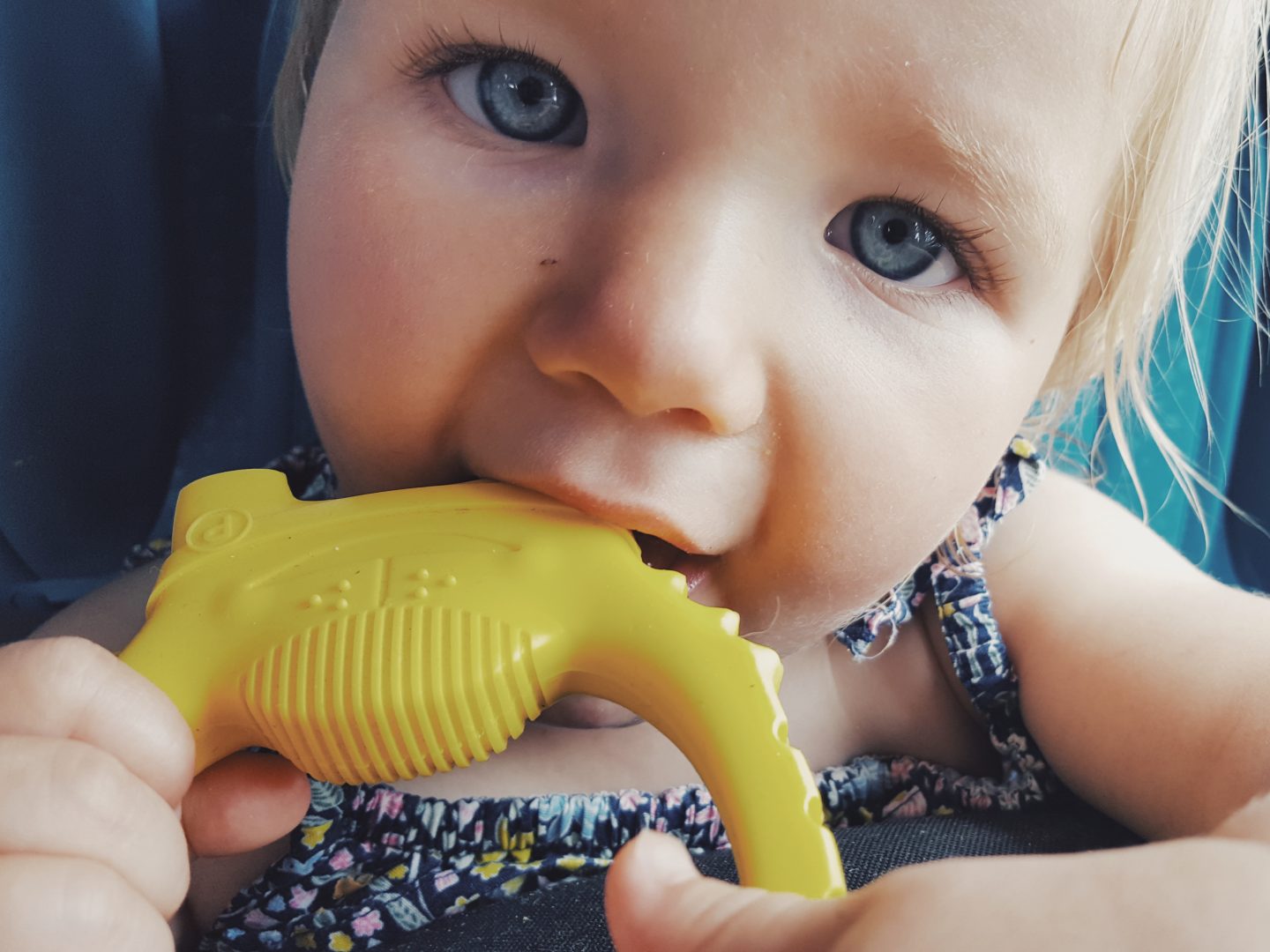