What is Christmas without the tale of Scrooge and “A Christmas Carol” in some format? Over the years we have seen various renditions on screen and in Theatres, but non struck me, and left such an impact as that of Hull Trucks rendition of this classic. On Tuesday evening I met one of my fabby friends down in Hull to go check it out, and had a fabulous festive evening of laughter, emotion of all kinds, and many a reflection of life and what this season is all about! 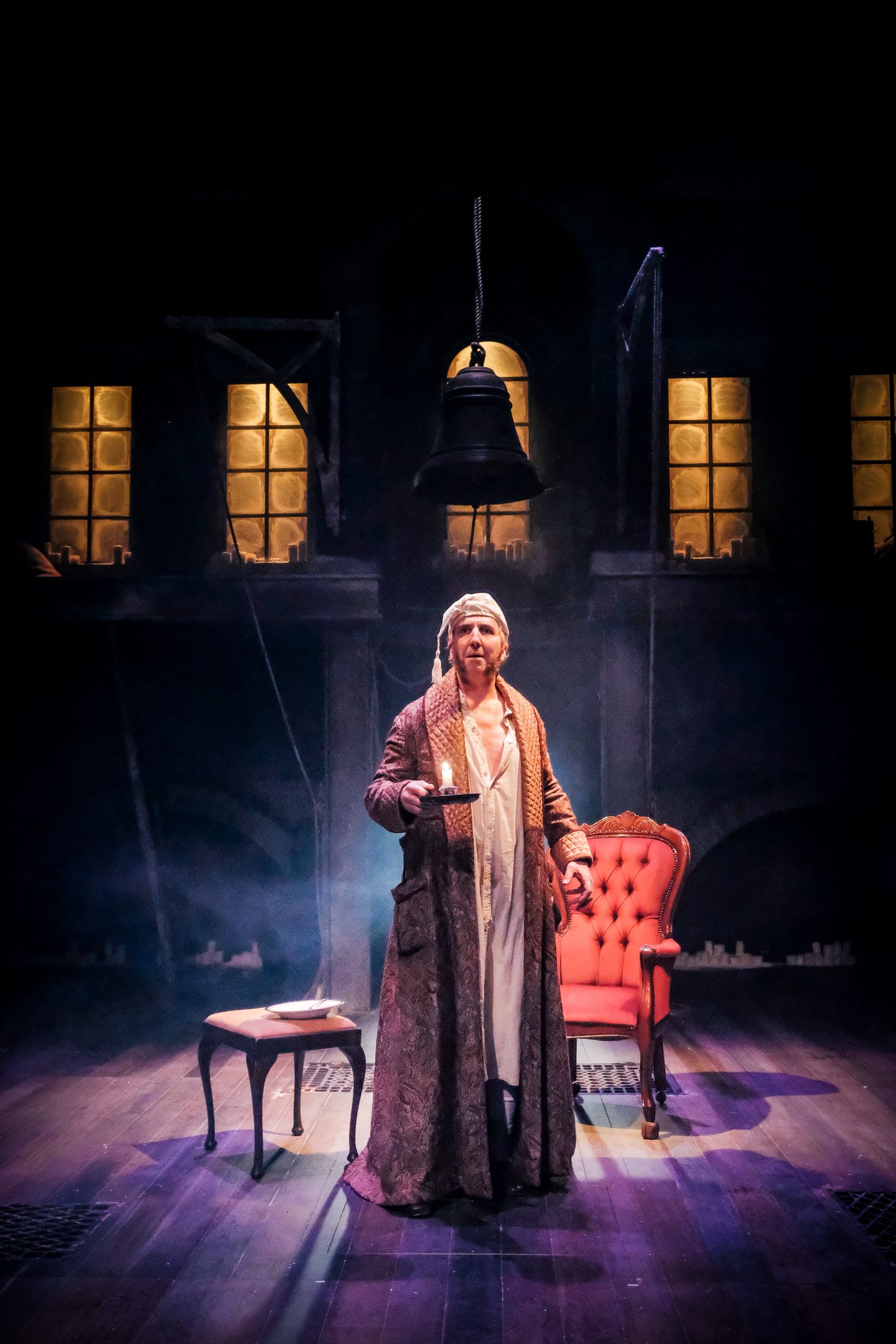 Adapted from Dickens A Christmas Carol, director Amy Leach brings Charles Dickens classic into Hull – complete with an incredible set, Hull accents, gags, music and chilling ghouls. It is, and was an incredible performance, and I have never felt such a roller-coaster of emotions before in such a short space of time!

From sadness and compassion at the scene of illness and poverty, to fear, laughter, joy and contemplation brought to us through the spirits of Christmas Past, Present and Future. I sat in anticipation at each ghost that appeared, spine chilling and creepy, and tension filled the air throughout as each one was presented in such a creative and magnificent way. I have never seen anything like it on stage – the costumes were unbelievable; with Marley’s creepy chains and harrowing presence, to the ghost of Christmas past glowing and moving in a way that made me hope she didn’t get any closer! I can’t even comment on the Ghost of Christmas Future as I could barely look I was the spooked!!! Mixed in with the dim lighting and smoke, these scenes were done in an amazing way and had us on the edge of our seats.

In contrast we saw “Present” burst into life with a jovial spirit, jokes and accompanied with music and dancing, decked in colour and sparkle! One minute I wanted to run, the next I wanted to burst in song with them all! It was absolutely brilliant and with such a small cast, the quick changes between characters and costumes were executed seamlessly. 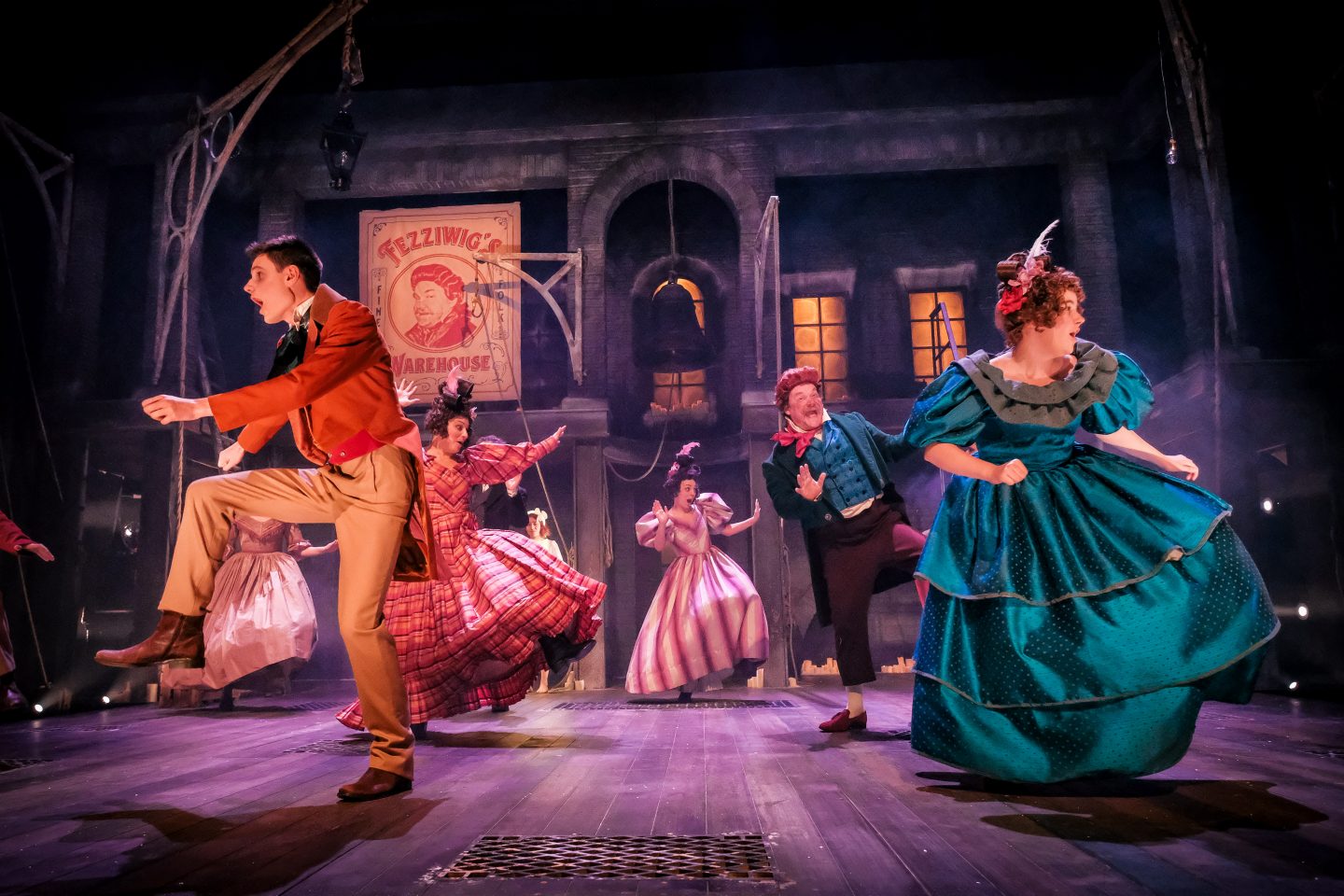 It opens on the docks of Hull, dark, smoggy and dingy, and a place where sickness is apparent and poverty and suffering are ripe. What is Christmas for these people? How can joy be found in this area of the world? Who will help those who face increasing debt and a need for the simple necessities of life?

We are all familiar with the great change that then comes with in Ebeneezer Scrooge, as through 3 ghostly visitors he is given an opportunity to have his eyes opened to those around him, and his power to be able to help. He is given a change to renew himself and write a new chapter. It remains true to much of Dickens classics with a few extras thrown in for good measure!

From gags, to music and an incredible set, and costumes, it is creative, captivating and a marvellous show throughout. It captures you from the start and takes you on a journey that as a spectator will leave you wondering what more you can do?

It is a great symbol of Hull story and how it itself has been lifted from a label of modern poverty through “The city of Culture”, into a more hopeful future. 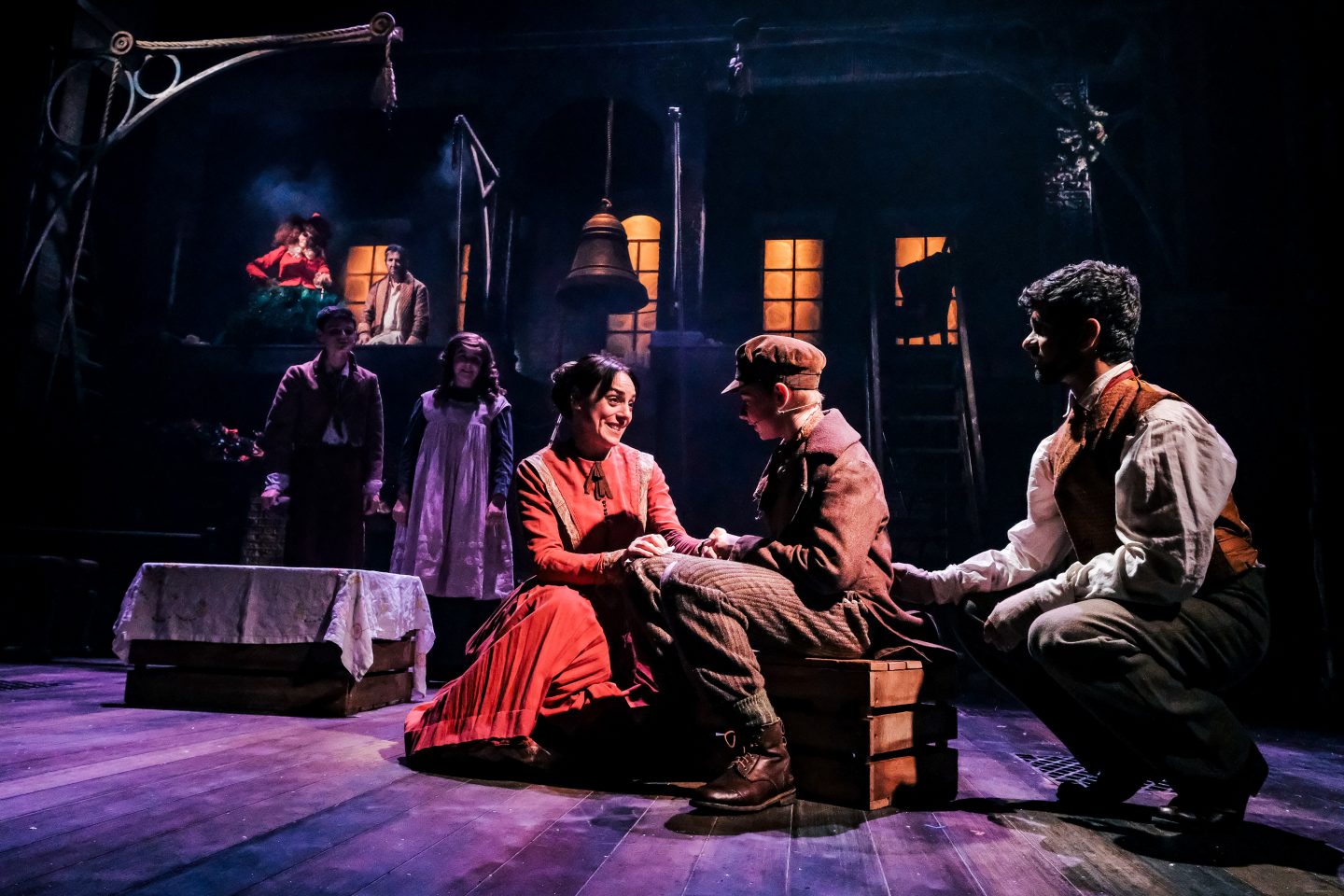 Since seeing “A Christmas Carol” at Hull Truck Theatre on Tuesday evening, I have not stopped telling people how great and spooky it was, and recommending it. it was absolutely spectacular and very memorable – a must see this season no doubt. As I watched it and have the goal participate in #LightTheWorld this season, it is a true reminder of our own powers of charity. Let us use the opportunities around us, to live our lives in the present and make the best of the opportunities we have to share with others the spirit of this season, and bring joy and light to them. 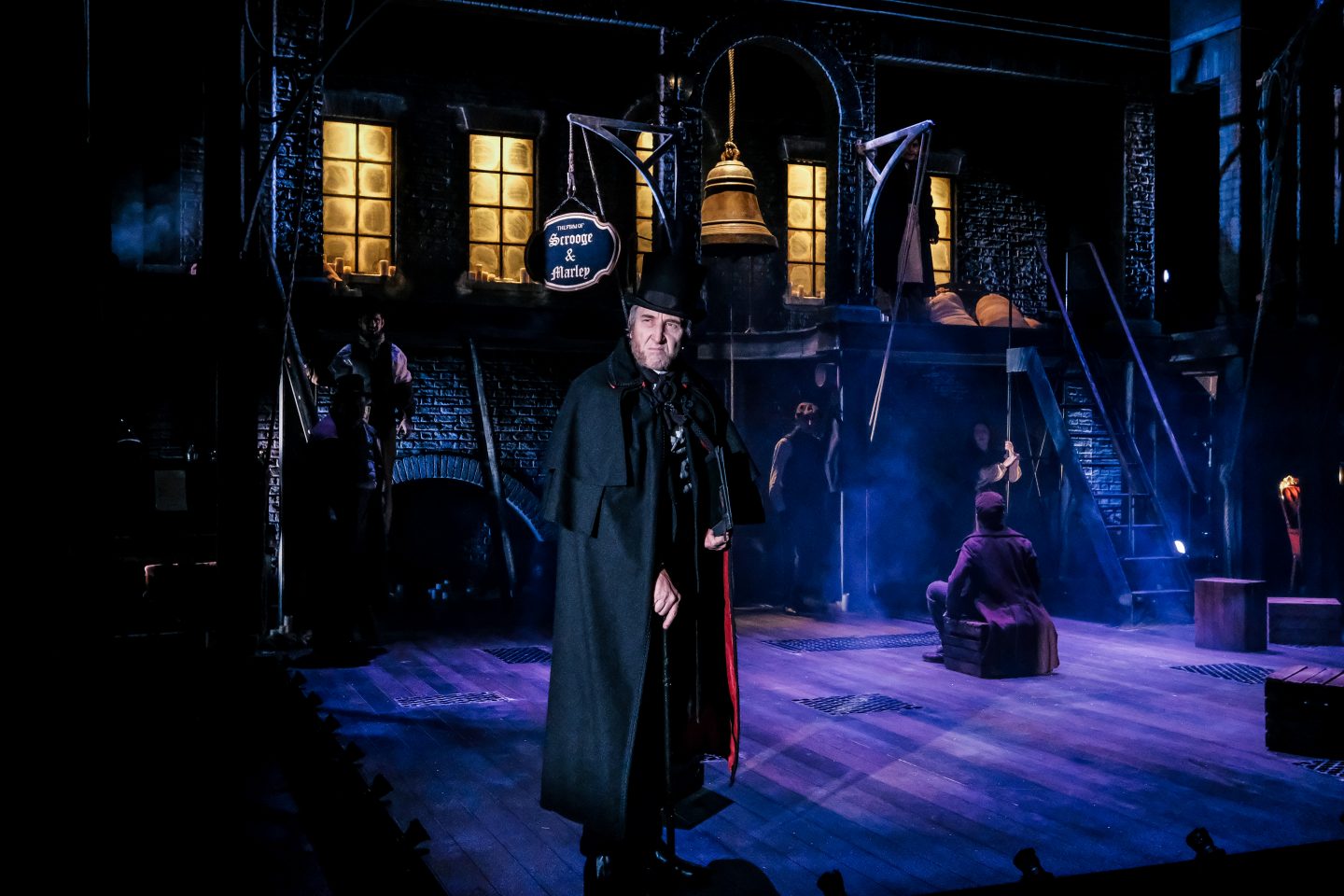 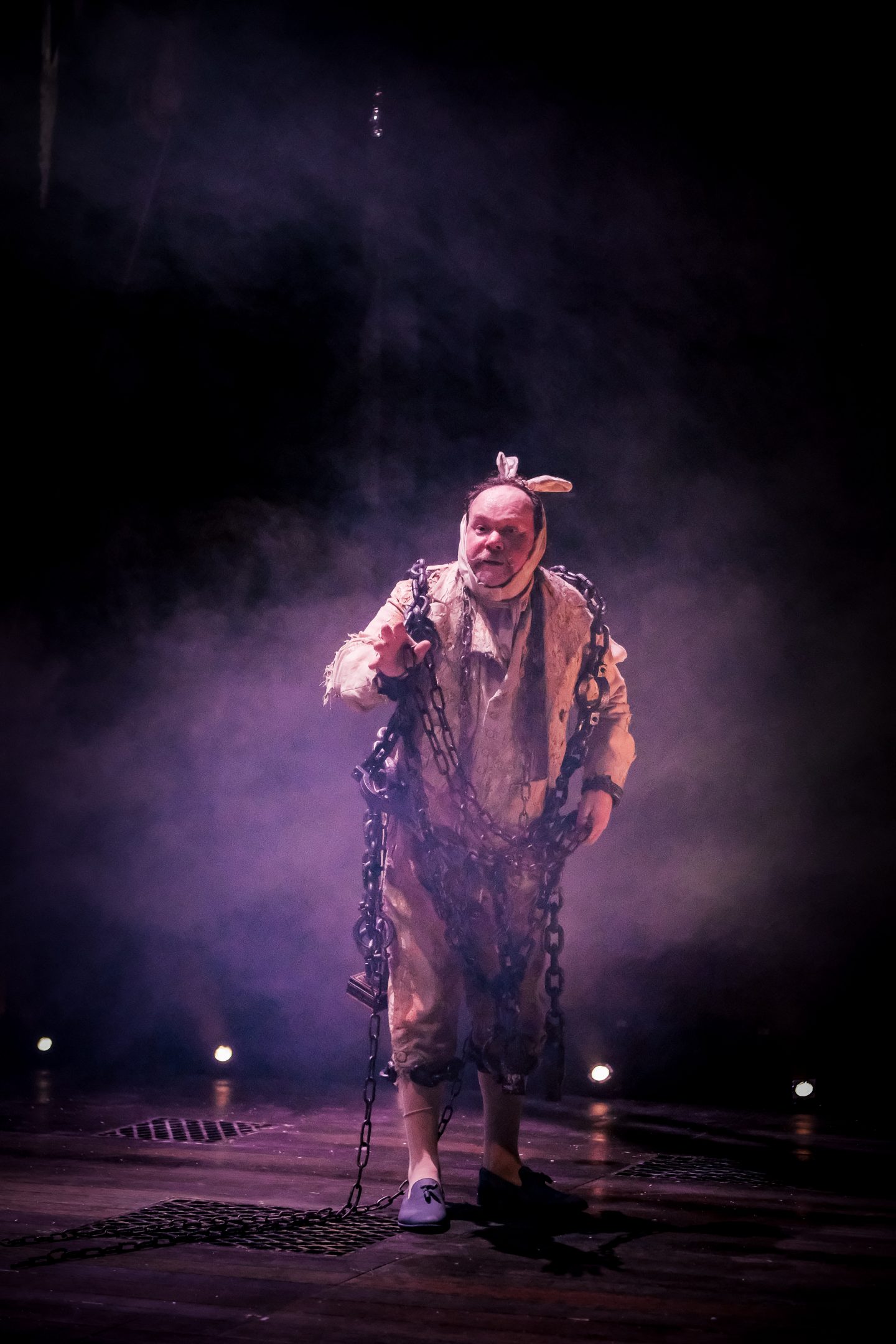 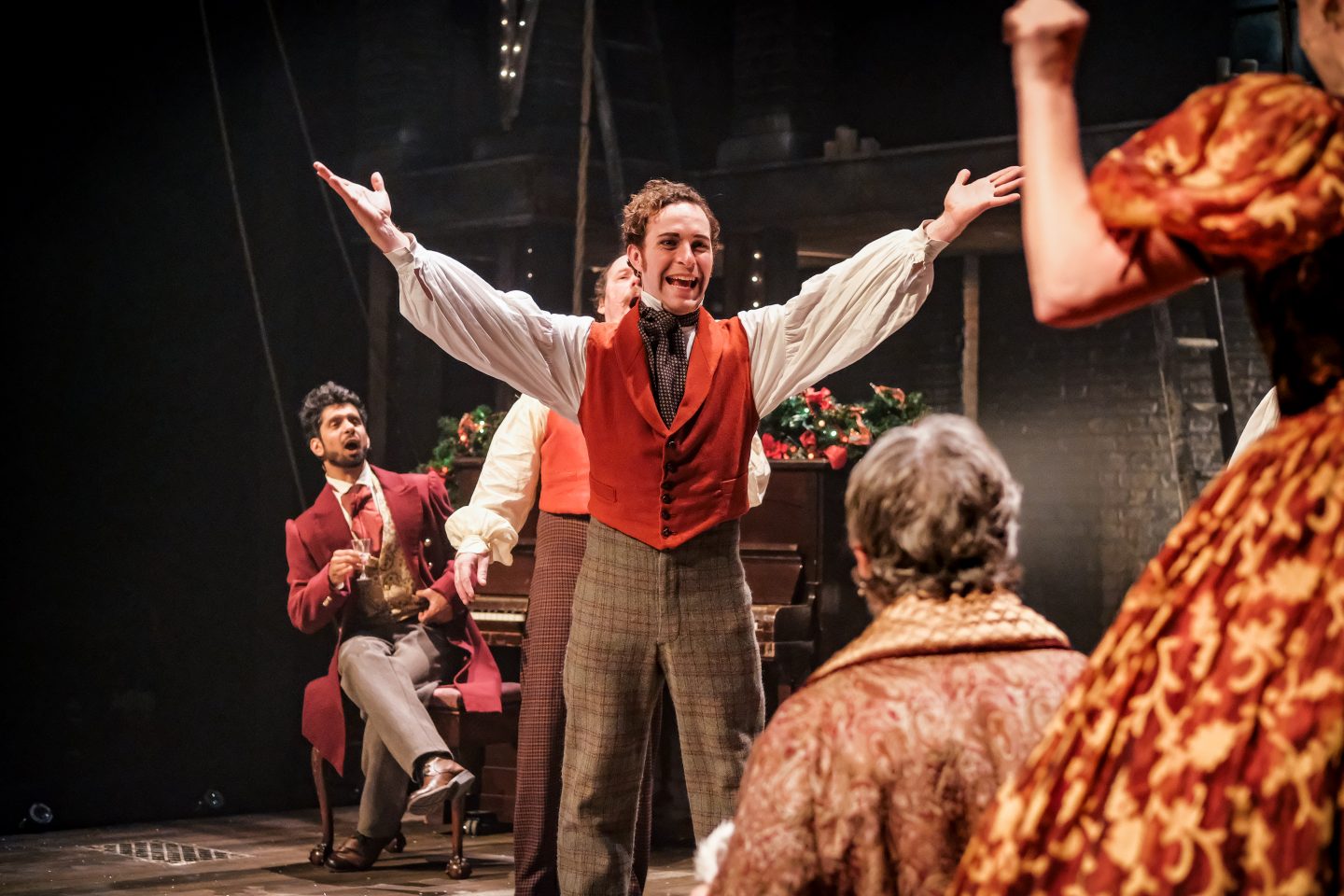 A Christmas Carol is been shown at Hull Truck Theatre, in the heart of Hull, right now until Saturday 6th January. Tickets vary between £10 – £22! I wouldn’t take young kids as its quite scary, but am considering taking Ethan (maybe) who is 7.

*Thank you to Hull Truck Theatre for allowing me the opportunity to come and review this performance in return for a review. Pictures are thanks to Andrew Billingham