On Bank holiday Monday as we were out and about, and when whilst changing Alice’s nappy, I noticed a series of red spots on her bottom, belly and forehead. I immediately suspected (upon close inspection) that they were the dreaded chicken pox. I wasn’t looking forward to it with a baby and will admit I let out a rather long sigh before laughing at the whole situation, but with cousins on both sides having them recently, I guess it was only a matter of time!

The masses of spots that appeared throughout that evening and the days following confirmed our suspicions to be true! She had them and she had them good…masses of little red blistery spots on her face, belly, all over her scalp, bottom, back, arms and legs. Our poor baby! 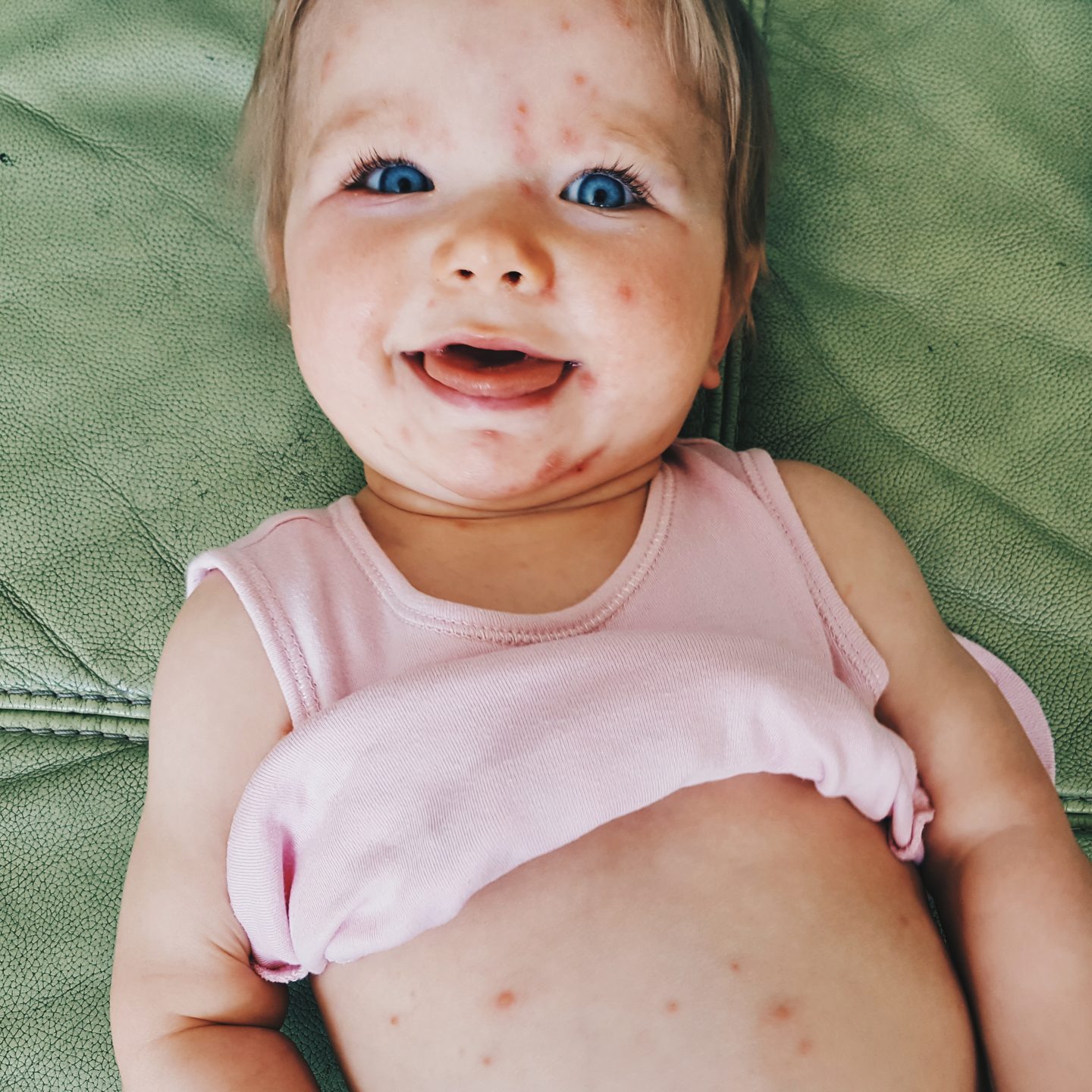 Whenever I ventured out (briefly for the school runs) I noticed she would arch her back in the pram and wiggly a lot, as if to be trying to relieve the symptoms. And again in her cot it was wiggly itches central and it was all very sad to see.

I always find that everything with Babies is a lot harder to face than with the others, because not only are they unable to communicate on how they are feeling (Other than constant crying and whining of course), but finding a remedy, lotion or potion that is baby friendly is so difficult and options are usually very limited!

The small blister spots are relatively harmless, but when scratched run the risk of not just long term scarring, but the child or infant getting an infection too – suddenly causing it to become way more serious than a few whiny, spotty, snuggly days at home.

Infection was something I was very worried about as you can’t exactly tell a 9 month baby not to scratch, and it was something she was doing when ever I changed her nappy or got her undressed. Whilst I know its not super common it did worry me as being able to find something that would relieve the symptoms, was suitable for her and then would actually stay on her wasn’t easy!

Suitable from 6 months, ViraSoothe by Care is a cooling gel which is clinically proven to relieve the itchiness that comes as a result of having the pox and thus not only makes the child more comfortable, but also lowers the risk of infections! It is available in gel and spray gel (whichever is more convenient to use). 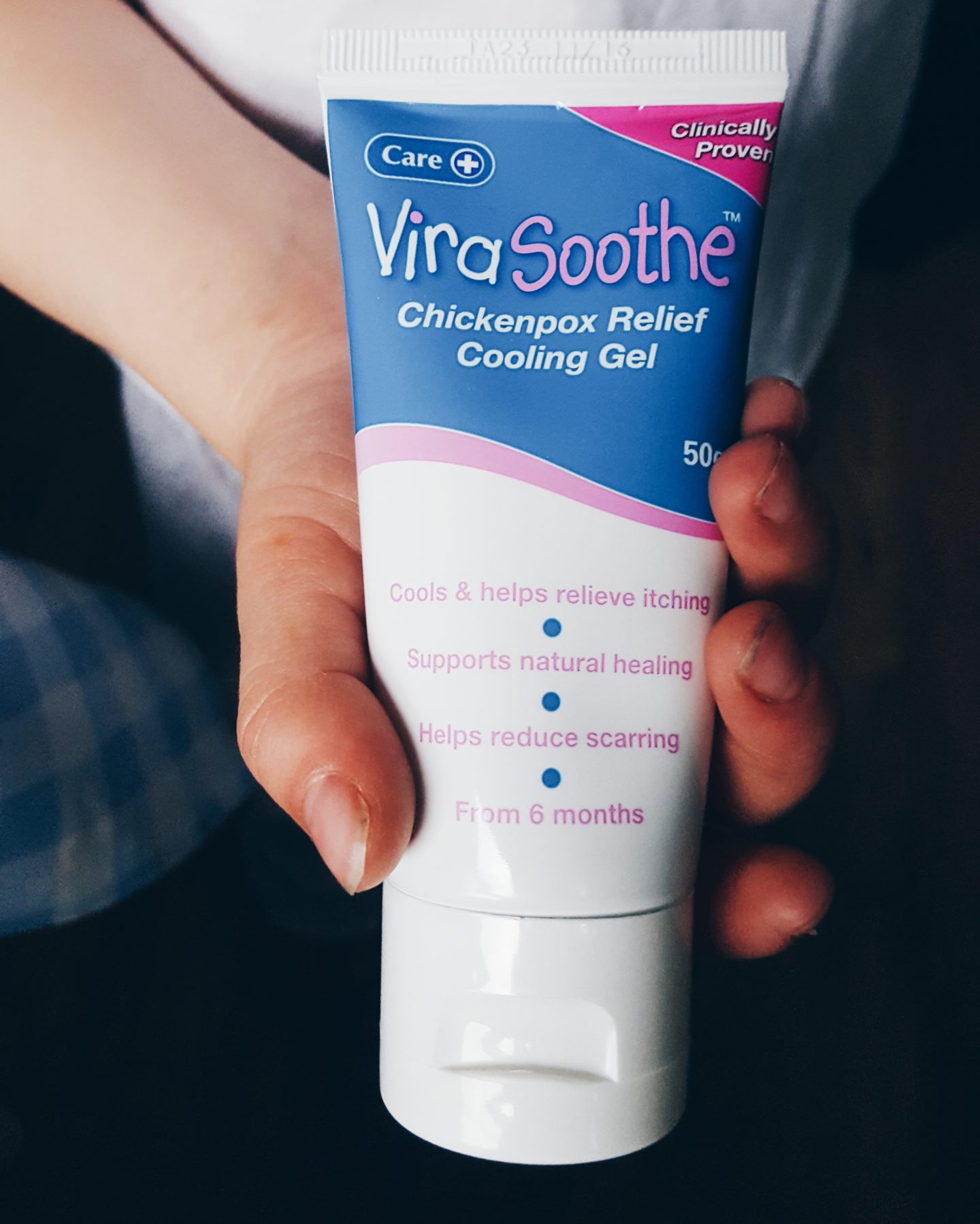 Gone are the days where you have to cover your kids in Calamine lotion (which lets face it is a messy affair), and here we are with a clear gel that supports natural healing.

Tips to Survive the pox

Recognise that when people speak of “pox parties” that its all in jest and really no one wants to be in a 10 mile radius of your infected infant or child.

Don’t feel guilty for watching trashy Tv or box sets whilst home with said child – there’s only so much cleaning one can do!

Get yourself some little luxuries or treats so as to avoid getting cabin fever.

If they have a temperature then give them Calpol/paracetamol. DO NOT GIVE IBUPROFEN (it causes bad reactions in people with chicken pox).

Use a cream or gel like ViraSoothe to help relieve symptoms of itching and help them better rest.

Pop some standard oats in a sock or tights and into their bath… this will again help relieve the itching whilst bathing.

Apply more Virasoothe after a bath (It can be used 2 – 3 times a day/whenever relief is needed). Together they will support natural healing.

Once all spots have a scab they are no longer infectious and normal life can resume. 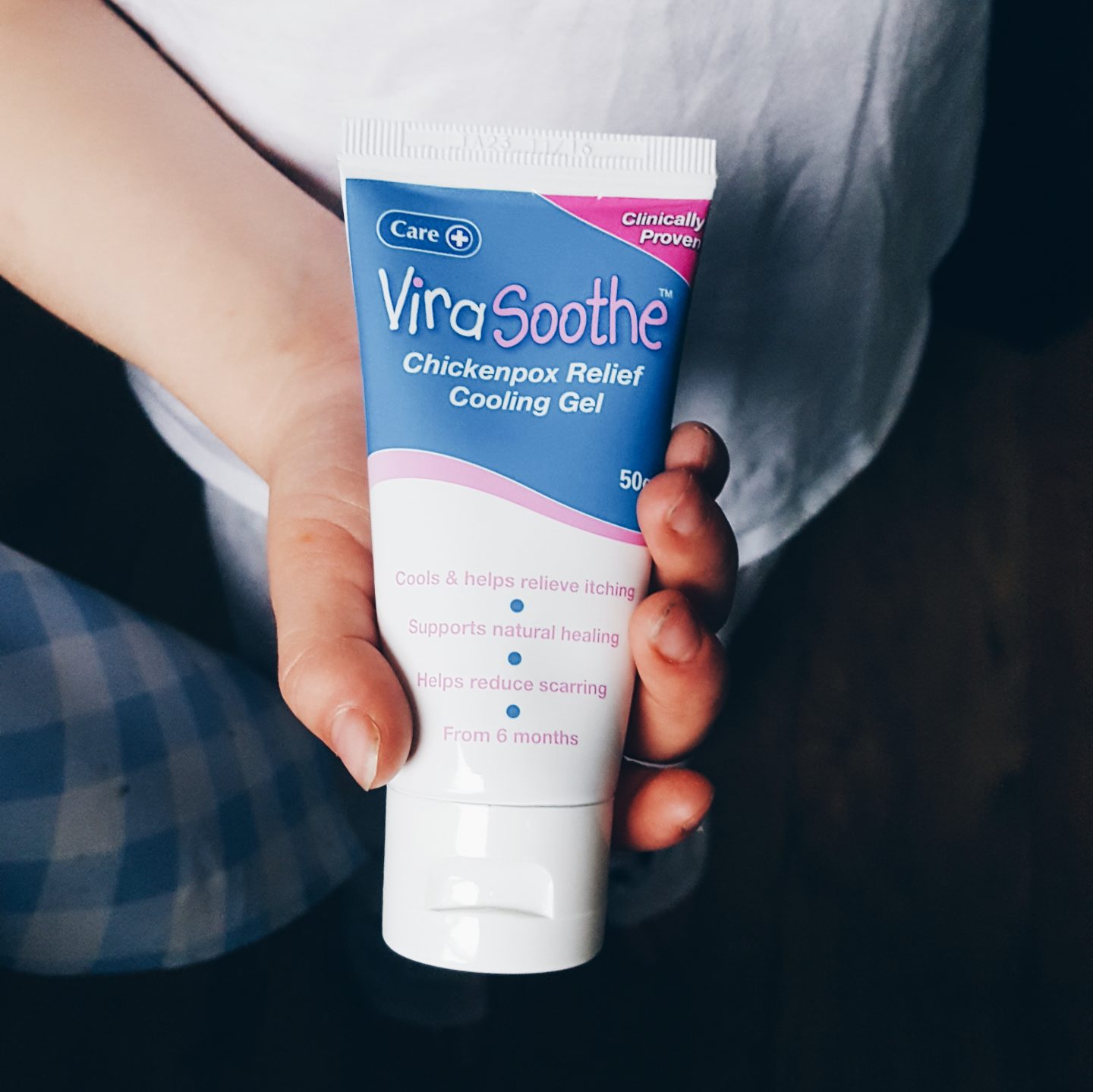 We are now on day 18 since Megs was exposed to chicken pox with Alice, and as she hasn’t had them yet, I am really hoping she will get them soon! They say it can take anything from 10 – 21 days for the spots to appear after coming in contact with the virus so I am at the ready with oats in the jar and ViraSoothe to hand! Come on pox – we are ready for you! 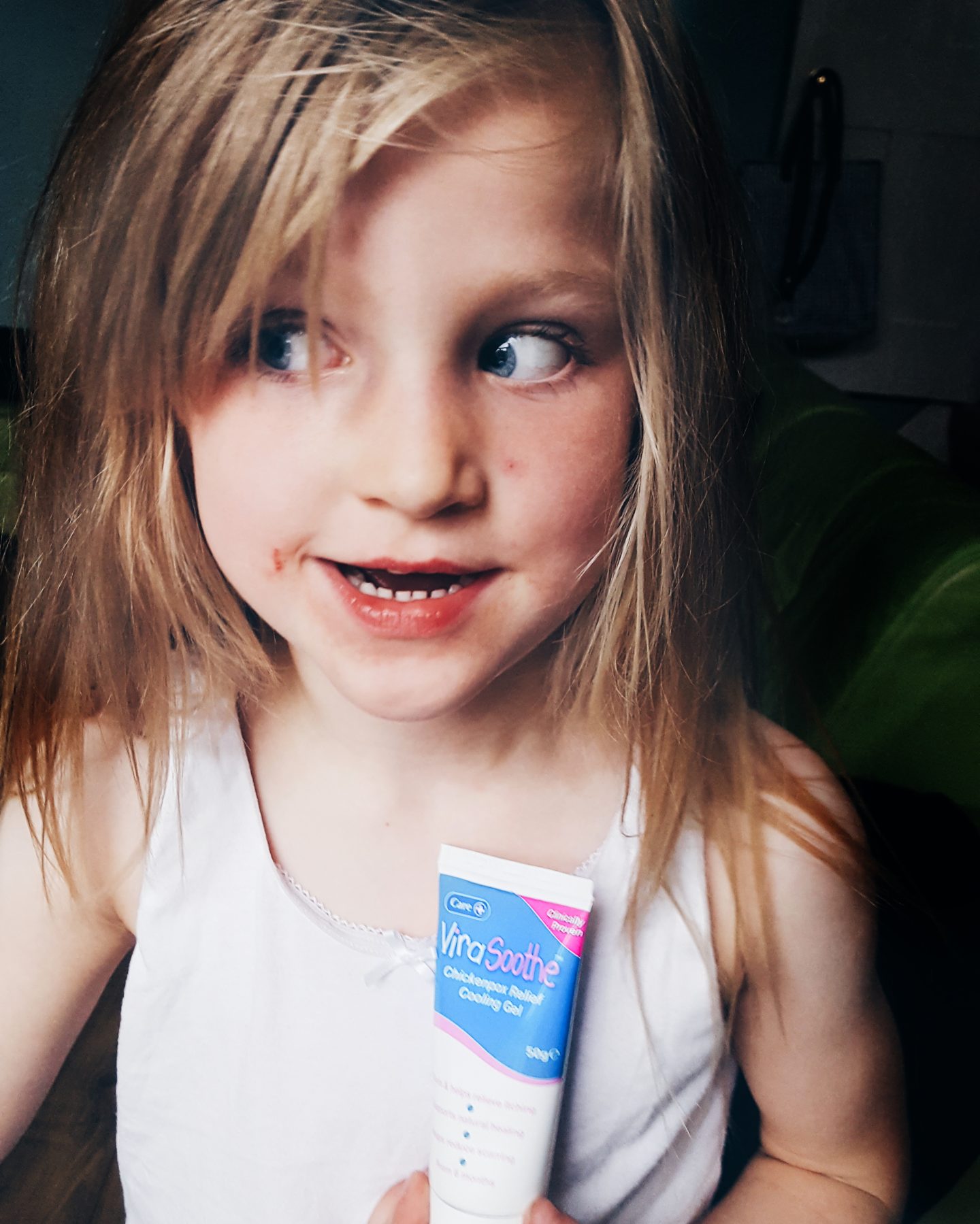