A couple of months ago I moved the kids back into their own rooms to try and solve the humongous mess they were creating together, and because we were at our whits end at bed time with them both because it literally was an absolute nightmare!!

Megs surprisingly likes to be peaceful sometimes with her soft toys and books and seemed irritated at not being able to do her own thing and have her own space to do this, we had also noticed that she liked to sleep in longer than Ethan and that he had been waking her early and this wasn’t good during the day for any of us (hello meltdowns) … so as a win for all parties I spent an afternoon back in the summer sorting stuff and made a lovely little space in the 3rd bedroom for a 3 year old girl! The room was being used as a study/ storage area, but it was perfect for our little princess and both kids have loved having their own space and dibs on their stuff! Life has been great – we still have mess, but it is far more controlled! 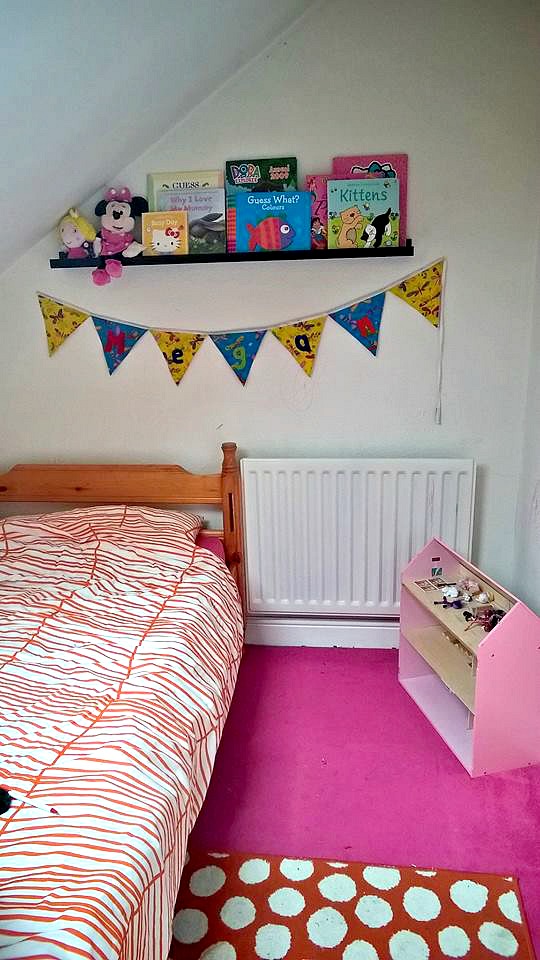 Whilst this restored Joy once more and solved several major problems, it created one that we couldn’t ignore – where do we put our resident student to study for his final year?

Nath has always had a thing about having a desk in the house and it just hasn’t really ever gone anywhere that worked, but as its not just my house and my way, we have had it in various places and whilst yes, it has driven me nuts, it stayed…until we moved it out for Megs a few weeks ago! (Hallelujah)

Recently though, as September rolled around, I realised that we couldn’t escape the fact that he needed a desk and a place for his files and books to help him in his studies. He understood though that for me it also needed to fit with the decor this time so that it didn’t stress me out or become an eyesore. We are constantly learning the compromises that come with being married and wanting to accomplish our individual goals.

The obvious place seemed our bedroom and so after many chats and Pinterest searches, we have worked on and off over the last few weeks to make it work to accommodate a study area for Nath. 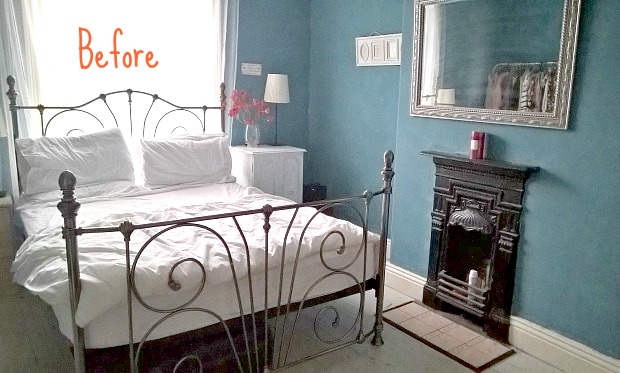 We went with a simple (cheap) table, picture shelf and unit from Ikea. And then used an identical unit at my side of the bed to tie it in. I moved my silver mirror downstairs (which looks better) and put a simple white one up to fit in with all the white furniture we had introduced. 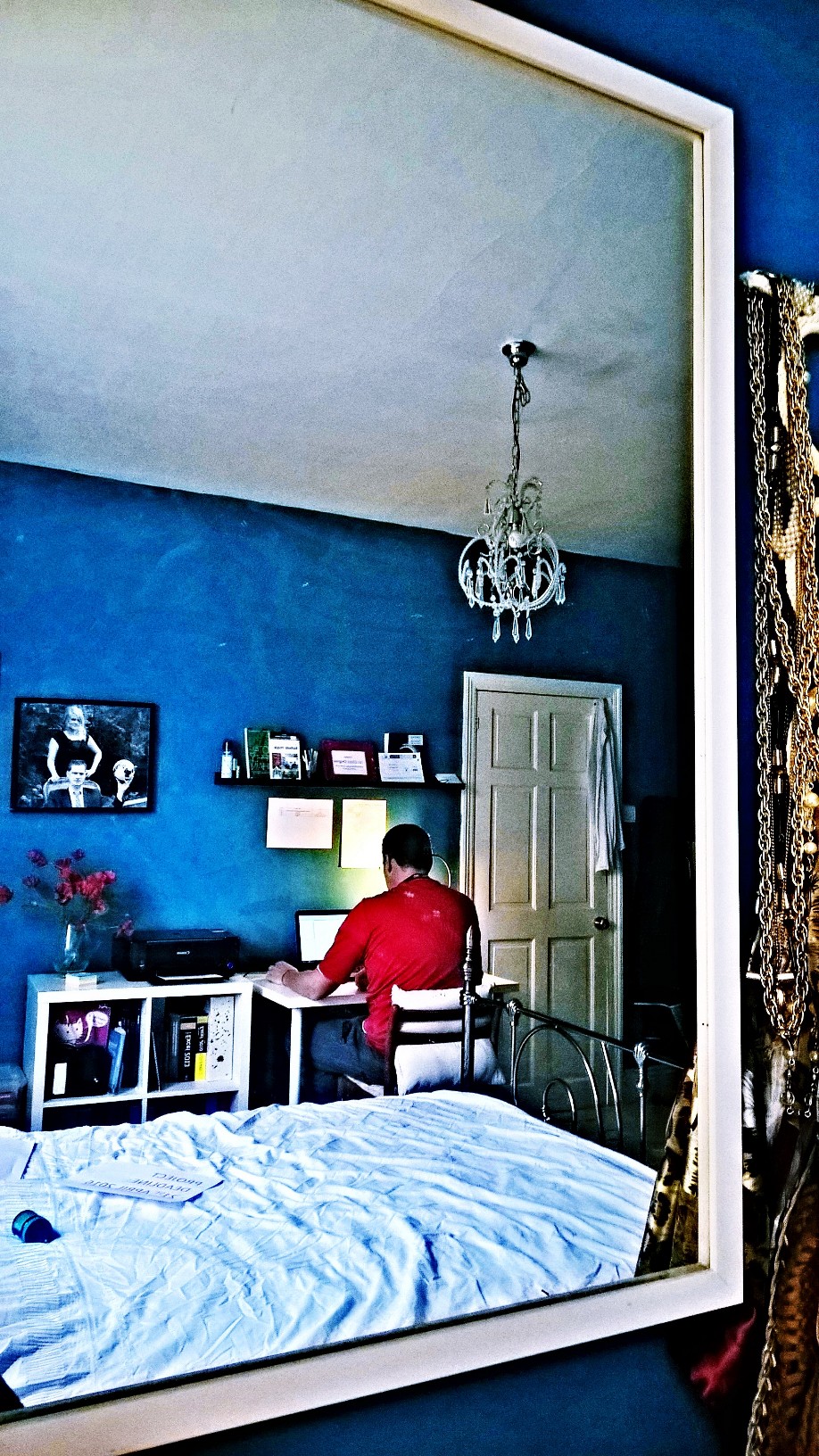 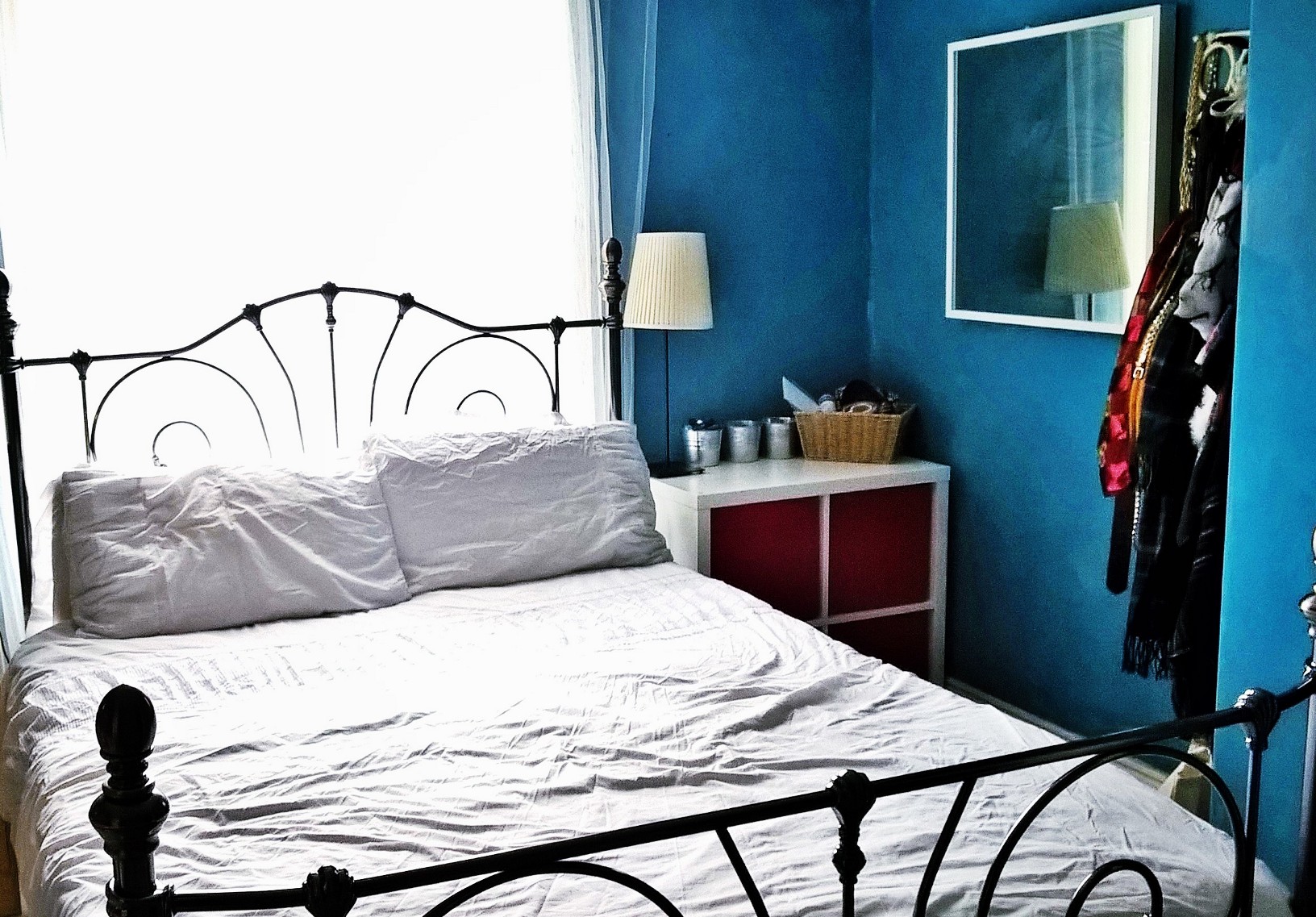 To top it all off as a little reminder of how well we have pulled together over the last few years, how much we adore one another and how we always compromise in the end… I made a print for the wall that I saw again on Pinterest, to fill the space where the mirror was over the fireplace. 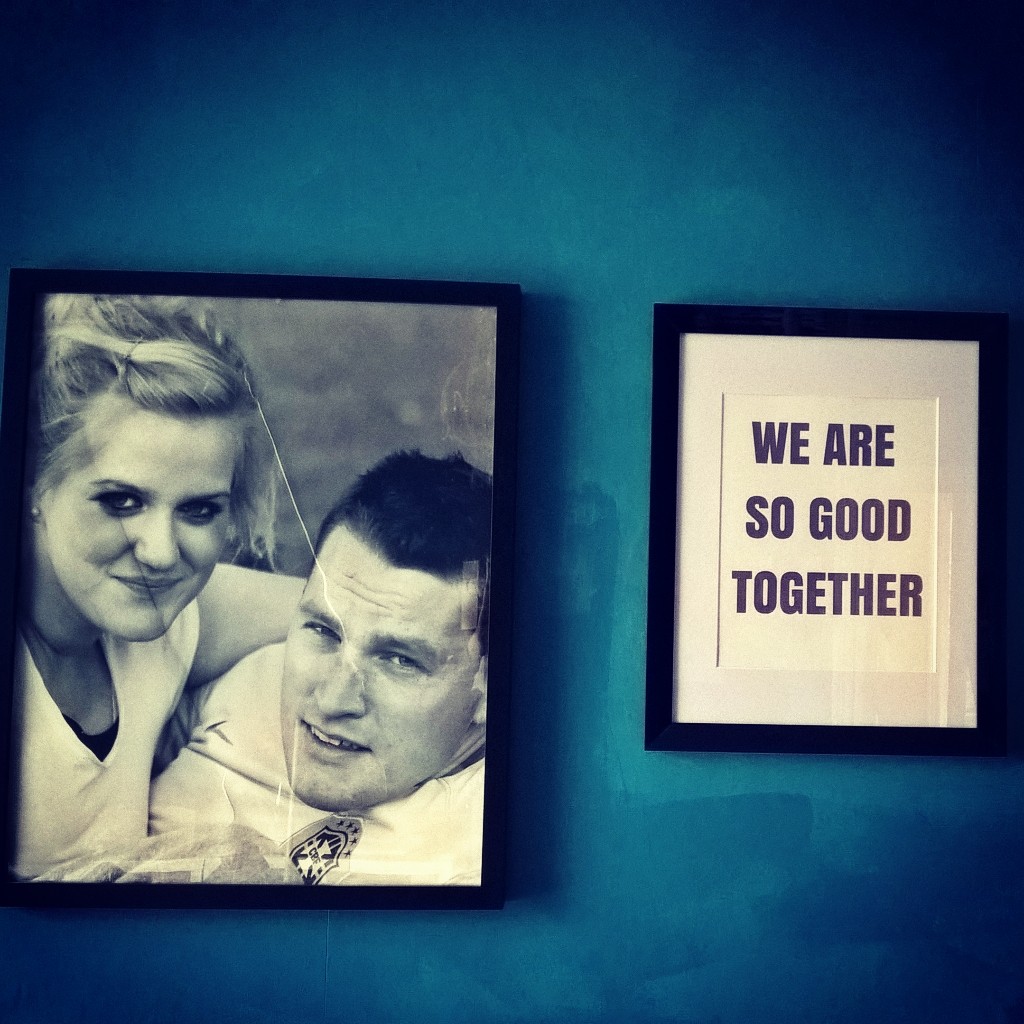 I feel this space is a happy one now…I have my make up area, space to relax and have all of my things easily accessible, and Nath has his area to study and space to achieve and keep all of his tat (jokes)! 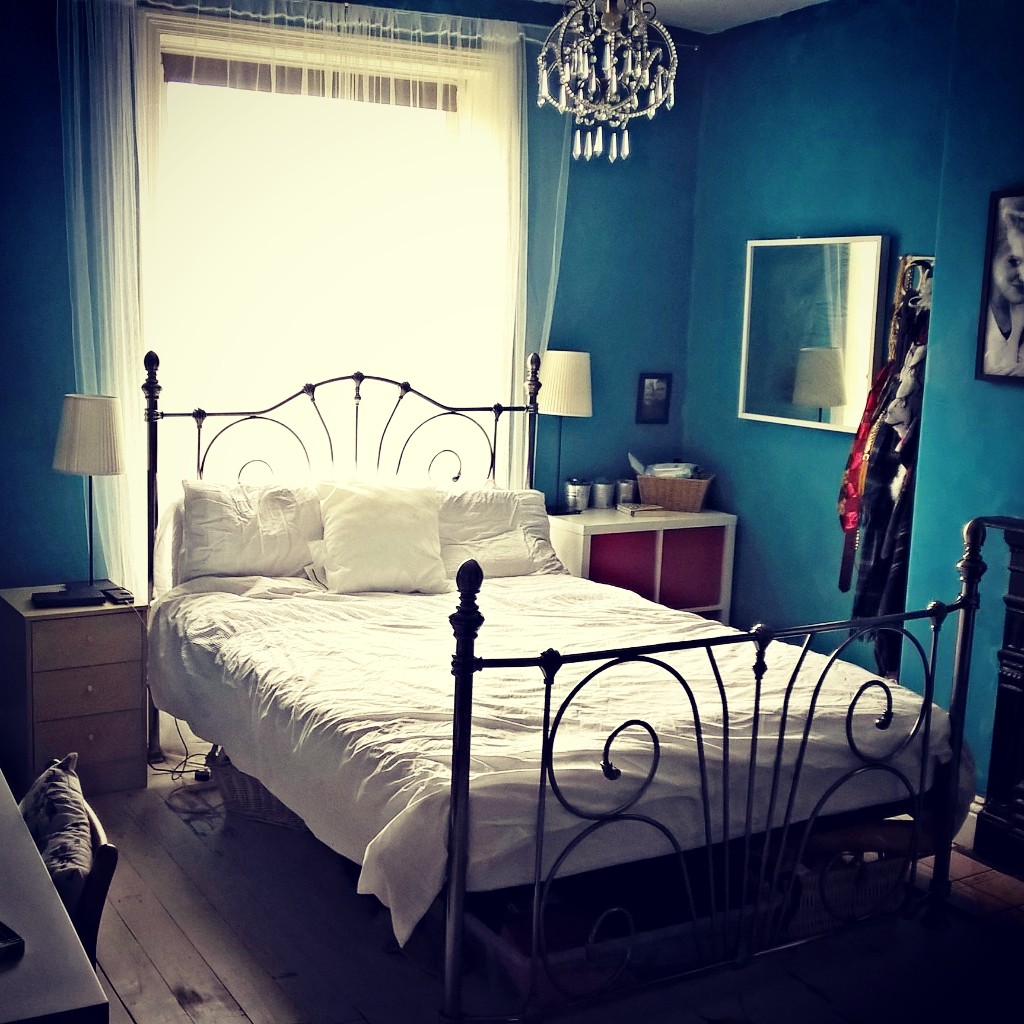 Together we have a relaxing bedroom and place filled with love that makes us happy to be in together. Here’s hoping it stays that way for the next year!

P.S – Note his bedside table that DOESN’T match – He sees nothing wrong with it and after well over a year of asking, he won’t let me paint it and add funky knobs or replace it for something that goes…ssseeeessshhhh man…but that’s another battle for another day!