I don’t think we have laughed as much as we did the day we visited Green Island. It was the day we hired a 4 wheel bike, all squashed on it, and cruised around the man made Island of the 80s! The kids said it was one of the “best days ever”! 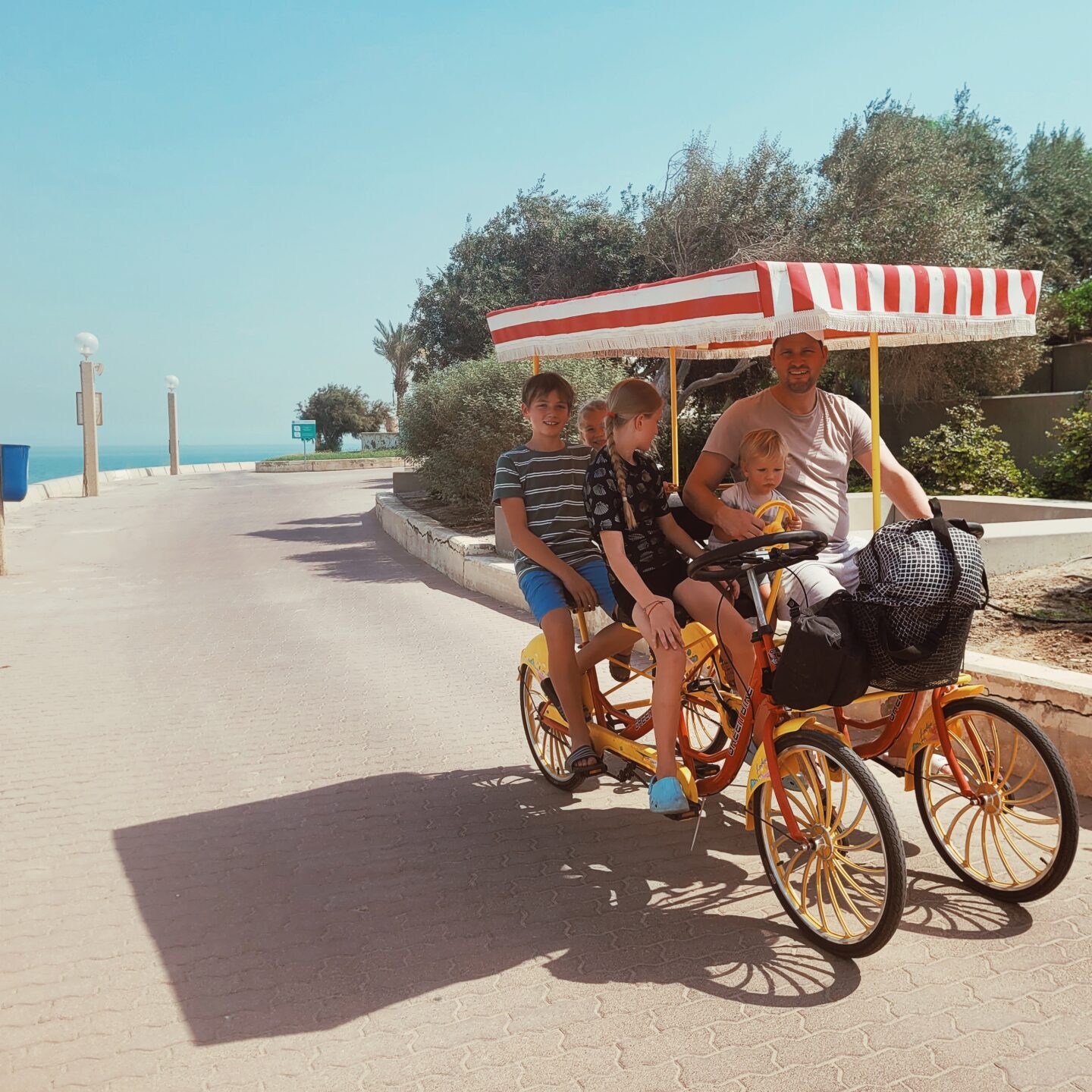 Green Island is a pit of a random place, which we thought had more to offer than it did. It is an artificial island here in Kuwait, just off the coast of Kuwait City’s promenade. It was opened in 1988 and became a tourist attraction, but seems to be in need of a little TLC now. It is the first artificial island in the Persian Gulf region, and has potential to be an amazing attraction, but sadly is just lacking a little here and there. It has a tower you can climb, which offers fantastic views of Kuwait, some shrubbery (??), a play area, bike hire (highlight) and a lake to do wake boarding (must try). And, while we had some good fun there, we weren’t sure it was worth paying to visit. We kept saying even if it had a splash pad or something it would completely enhance the experience (and be worth the money you pay to visit).

But, we made the most of the visit there and enjoyed renting the little 4 wheel bike, taking turns, and cycling round – it really was so much fun, a unique experience and a great weekend family activity.  We enjoyed going up the tower, and then playing on the beach / swimming in the sea, next to green Island. There weren’t any open snack places on the Island (but I think this is because it was the Prophet’s birthday – a national holiday), but there are some places opposite the entrance to it (we grabbed some Paninis from the coffee shop there).

Green Island has potential, and is apparently much better in the Winter month; where it becomes the hot spot for family gatherings and BBQs. I am not sure if I would rush back (unless it was to try the wake boarding), but it definitely is a part of Kuwait’s History and something to see while here. 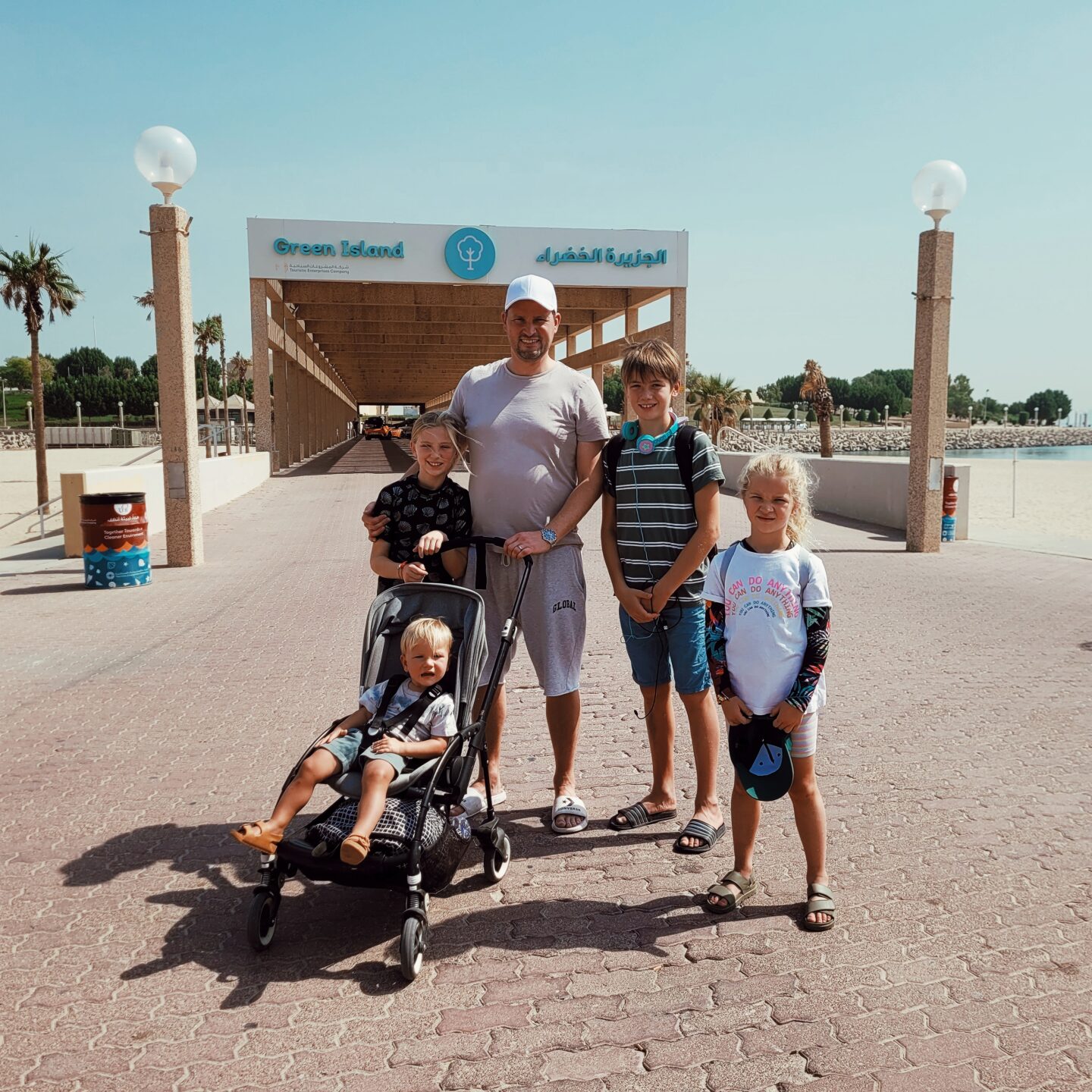 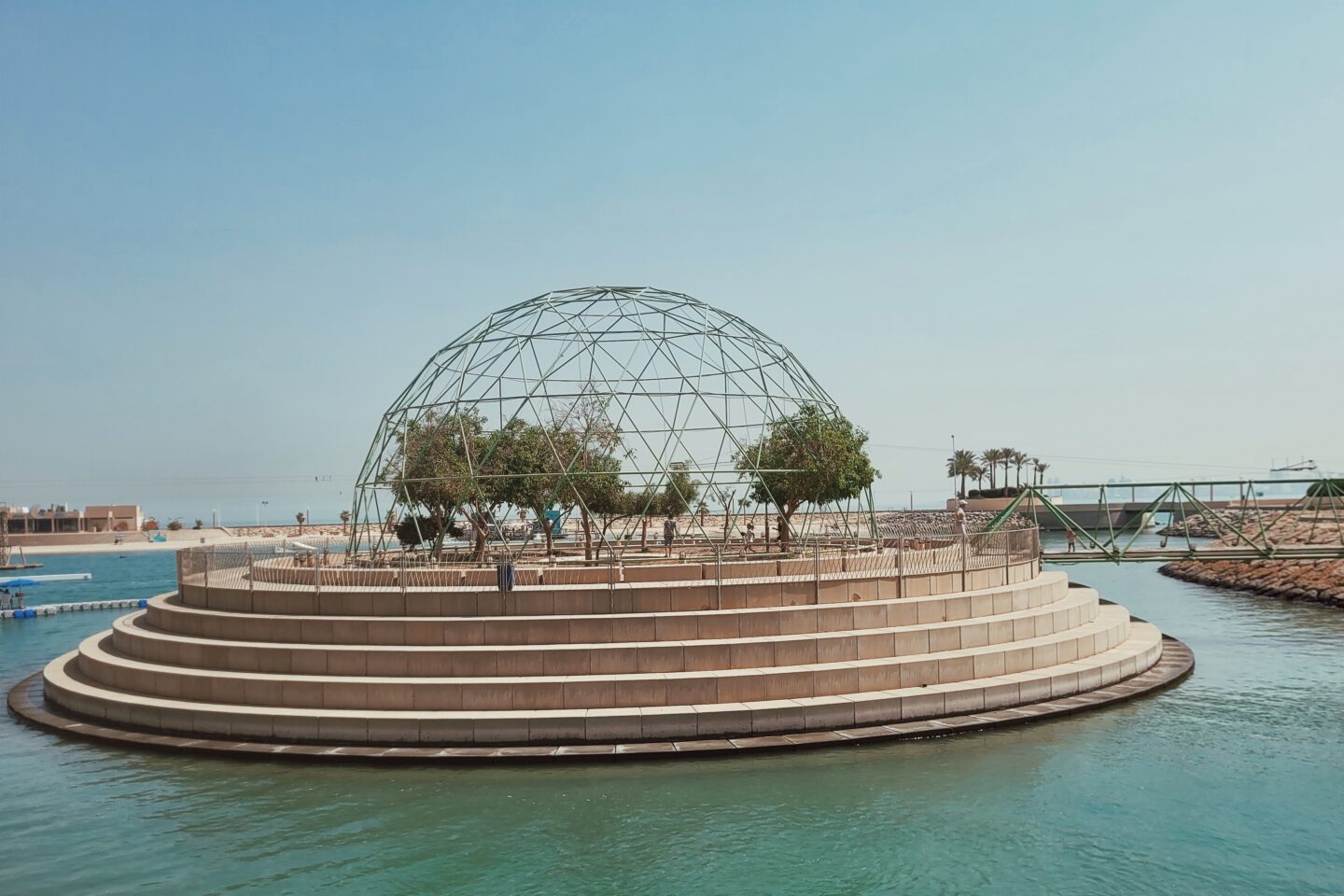 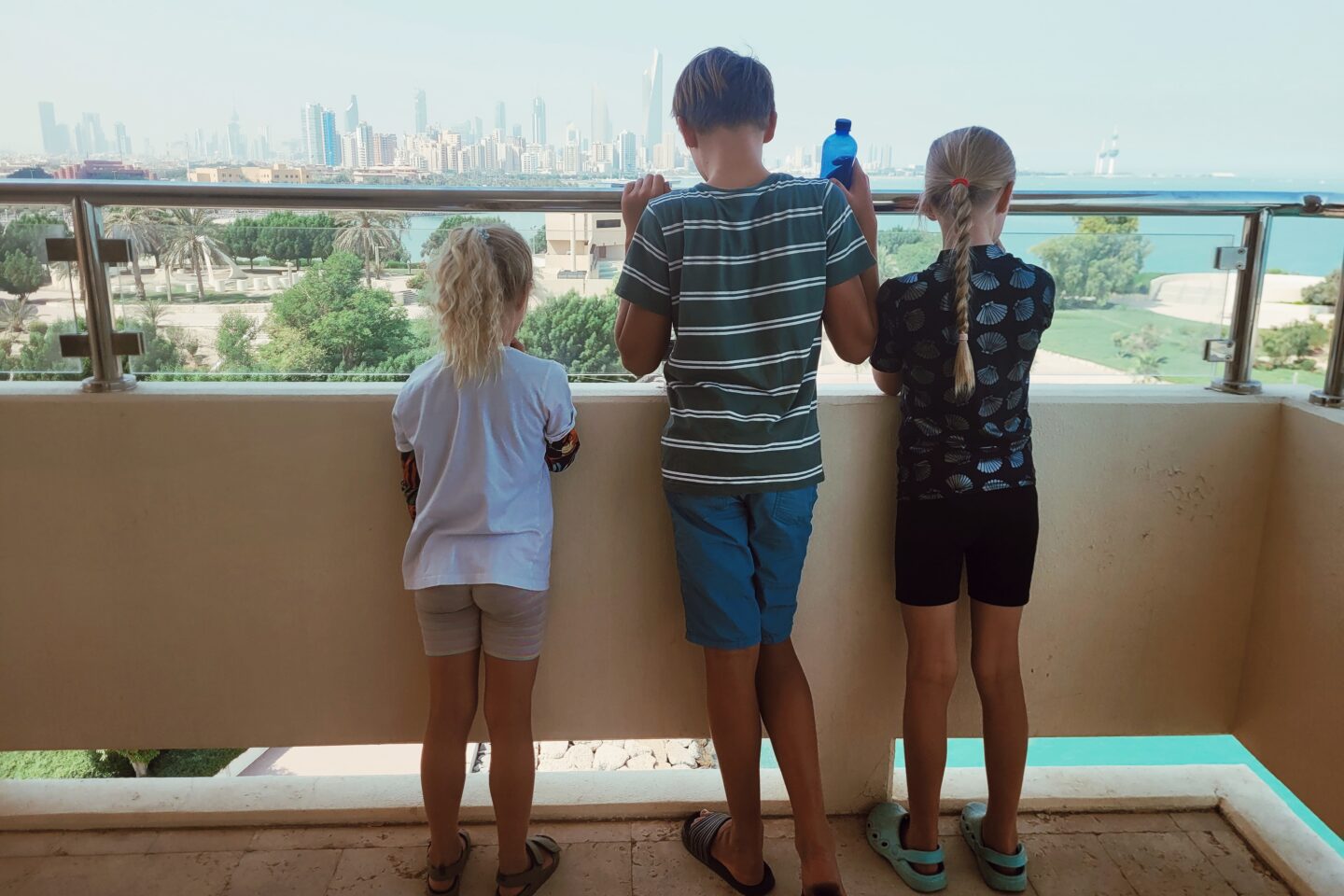 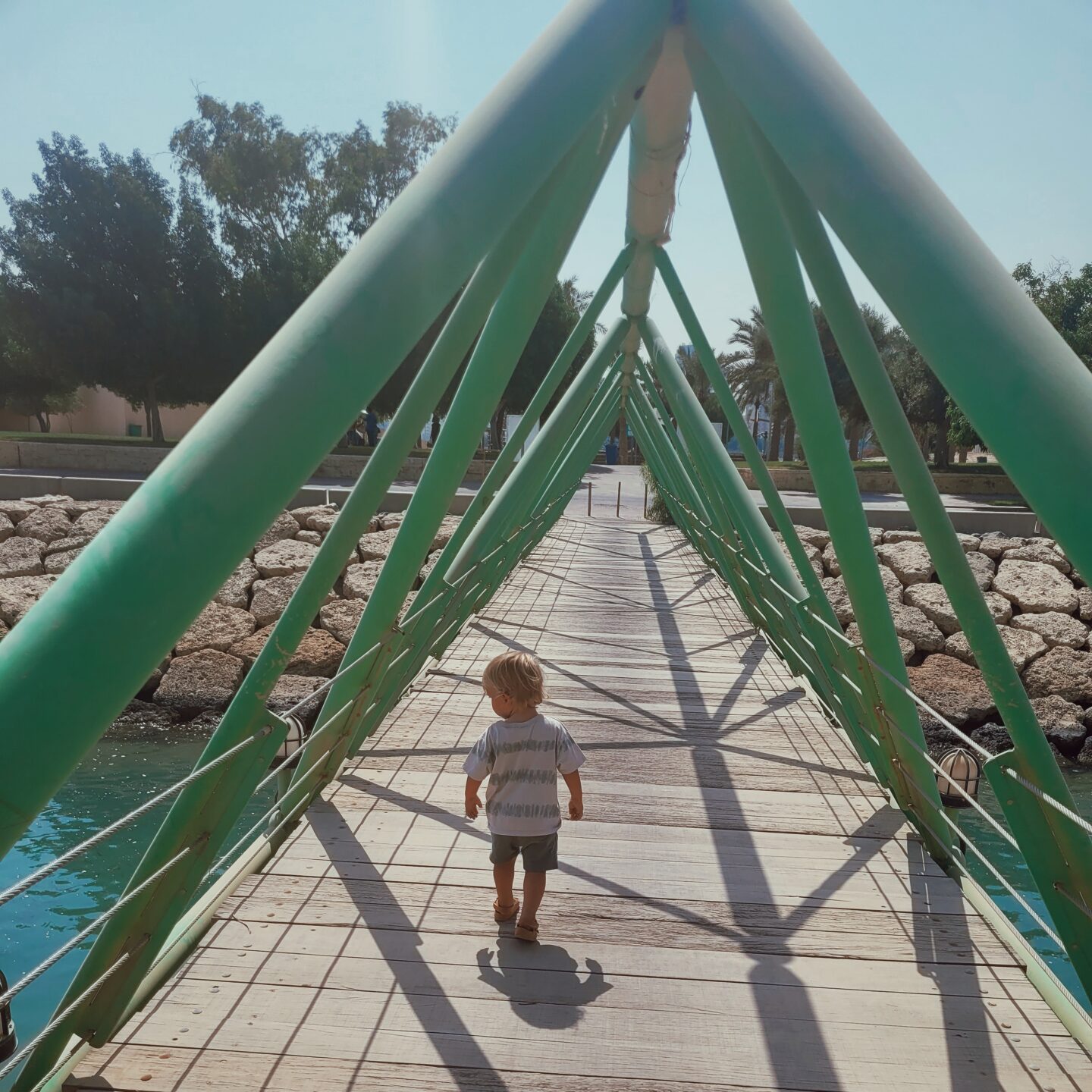 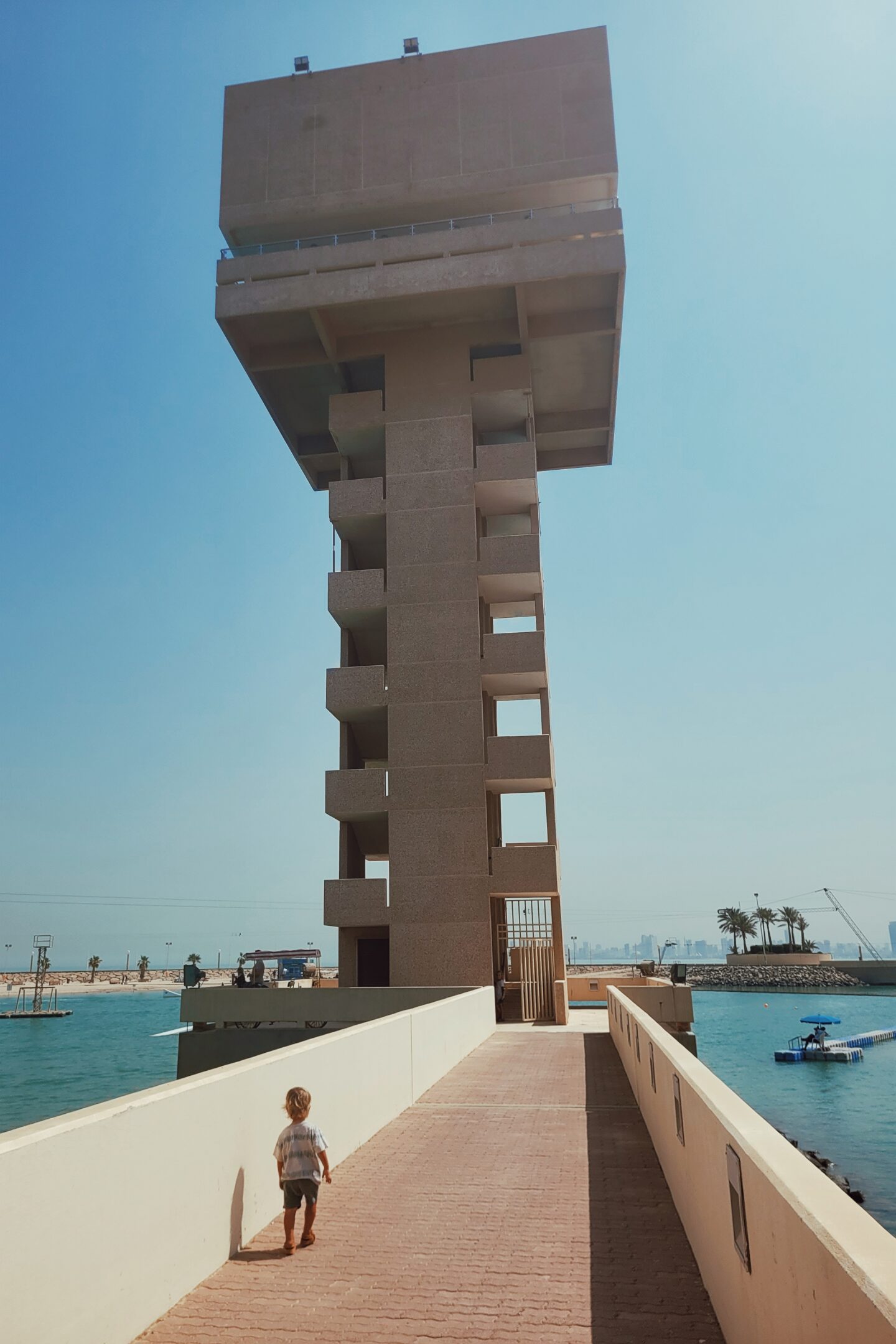 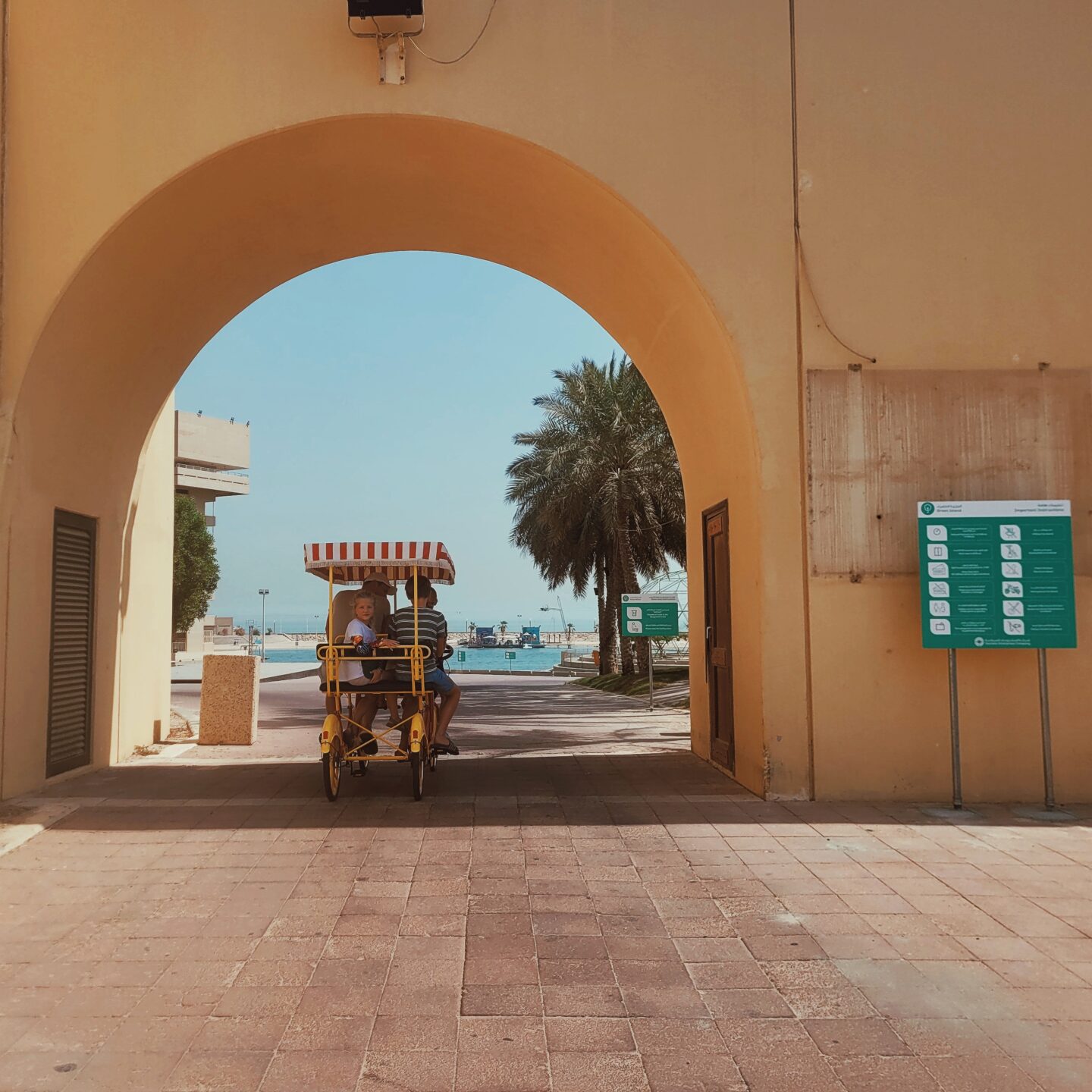