I hate pregnancy. I’m not talking about pregnant women, though they aren’t exactly my favourite people to be around (unless I’m already close to them) I mean personally.. I hate my physical life for the most chunk of the 9 months being pregnant. I don’t make a good pregnant woman, not at all (if you question this just ask Mr Smith and he will be sure to confirm) It feels so alien, I don’t glow and its vom central for weeks on end. My hips, bum and back seem to kill every night, I can never find anything decent to wear and so usually look like a frump as oppose to the inner yummy mummy that’s bursting to get out and I just want to eat rubbish and sleep which makes me cranky (sometimes) and like a whale by the time I’m done cooking. Yet despite all of the woes I realise I am lucky to be able to experience it and despite how naff I feel Id give anything to experience it again.

With Ethan I was pretty sick but mostly clueless with a diabetes diagnosis and induction thrown in. With Megan I was hospitalised several times for terrible sickness (Hyperemesis) and then pre-term Labour and this time last year Id just found out I was pregnant with our 3rd baby – “what we were thinking” and “what dramas would arise?” We said in jest as my track record was evident that I don’t rock pregnancy too well. Yet a baby very much wanted and planned we had no idea would never be coming home with us. This time last year we had just made it official around 10 weeks or something by posting it on FB and couldn’t believe that within a few months we would be outnumbered! My friend just celebrated her 1st wedding anniversary and behind the excitement I remembered how sick I felt at her evening reception and how I felt like I had a mini bump.

I didn’t ever imagine the little bean growing inside already had serious CHD and full Trisomy 18..id never heard of them and as I looked forward to knowing if we would be having another boy or girl it never even crossed my mind that at that scan we would be told part of her brain was underdeveloped, her abdomen measured very small and her heart chambers couldn’t be seen. It was the start of a long journey of tests, scans, appointments, specialists, complaints and fights for right to care. Far from dramas the pregnancy became a living nightmare, dreams became tarnished and it was pain beyond that of a stretching pelvis.

If I had been told last year what awaited us I would have betted it would kill me or send me insane at least. I’d never have believed that I would I would still be functioning and having fun with my family and friends, but here I am a year on… 3 children born but only 2 living. I am afraid to touch, to hold, sometimes to look at a baby not because they might break but because I might break, because I am healing and they might open my wounds again. It hurts (sometimes more than others) but I am alive, I am mostly sane and I am a survivor of Stillbirth. 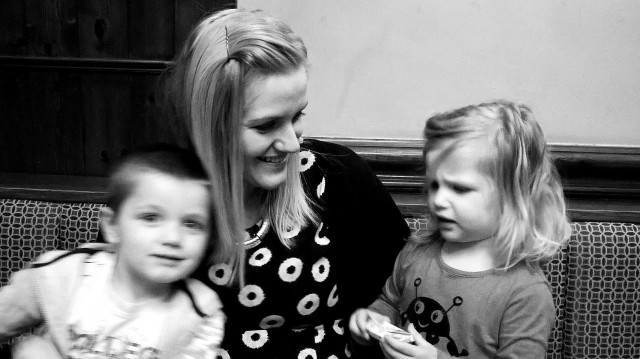 I hate pregnancy..yet I miss it too. I miss feeling, hearing and seeing my baby girl alive, I miss the hope of a new born and I miss the excitement. I miss seeing pregnancy as a safe, guaranteed, in the bag type of affair and instead at each announcement think of all the potential dangers..nothing is safe, life is fragile, not to mention how it fuels the grief I try so hard to control. Though every pregnancy has brought with it some drama, some set back and in my most recent, heartache and pain like no other, I want it again. As each day passes and Ethan and Megan grow I long for another baby in the family.

I love being a mother and I want that baby I hoped for.

I don’t want the last baby I birth to not live; I want siblings for Ethan, Megan and Poppy and I want to have faith in the creation of life once more.

A year ago id found out I was pregnant and after an early scan we celebrated it with friends and family. Today I wish I still was yet we fear making that our reality. I never imagined id be here but I am. I never imagined I would go through pregnancy (with all of its woes) and not have the reward of a baby at the end. Most mothers that received this news last year are marking milestones, preparing to wean and probably approaching the start of a new wardrobe but a year on I visit my daughters grave, I don’t know her but I imagine who she might have been. I never saw her eyes or heard her cry but she was mine, my beautiful perfect 3rd child that was born asleep and rather than letting it completely consume me and damage me I choose to have hope and seek a brighter day when I will make her a big sister, when I will have the strength to take on pregnancy again, when I will hope for another living child.

A positive test isn’t always a positive result, but a negative result doesn’t have to mean a life of despair and negativity… I carry the pain of loss, I feel battered from life but I still see some colour in a grey world and the hope of a rainbow after the storm!

%d bloggers like this:
We use cookies to ensure that we give you the best experience on our website. If you continue to use this site we will assume that you are happy with it.Ok
×