Just this morning Alice got up on all fours and properly started to crawl (Hooray!). She has been doing the bum shuffles, backwards worm, rolls and some commando stuff for some time now to get where she wants to, but I must say that I am super excited to see her crawling! Great timing too as tomorrow she will be 10 months old. 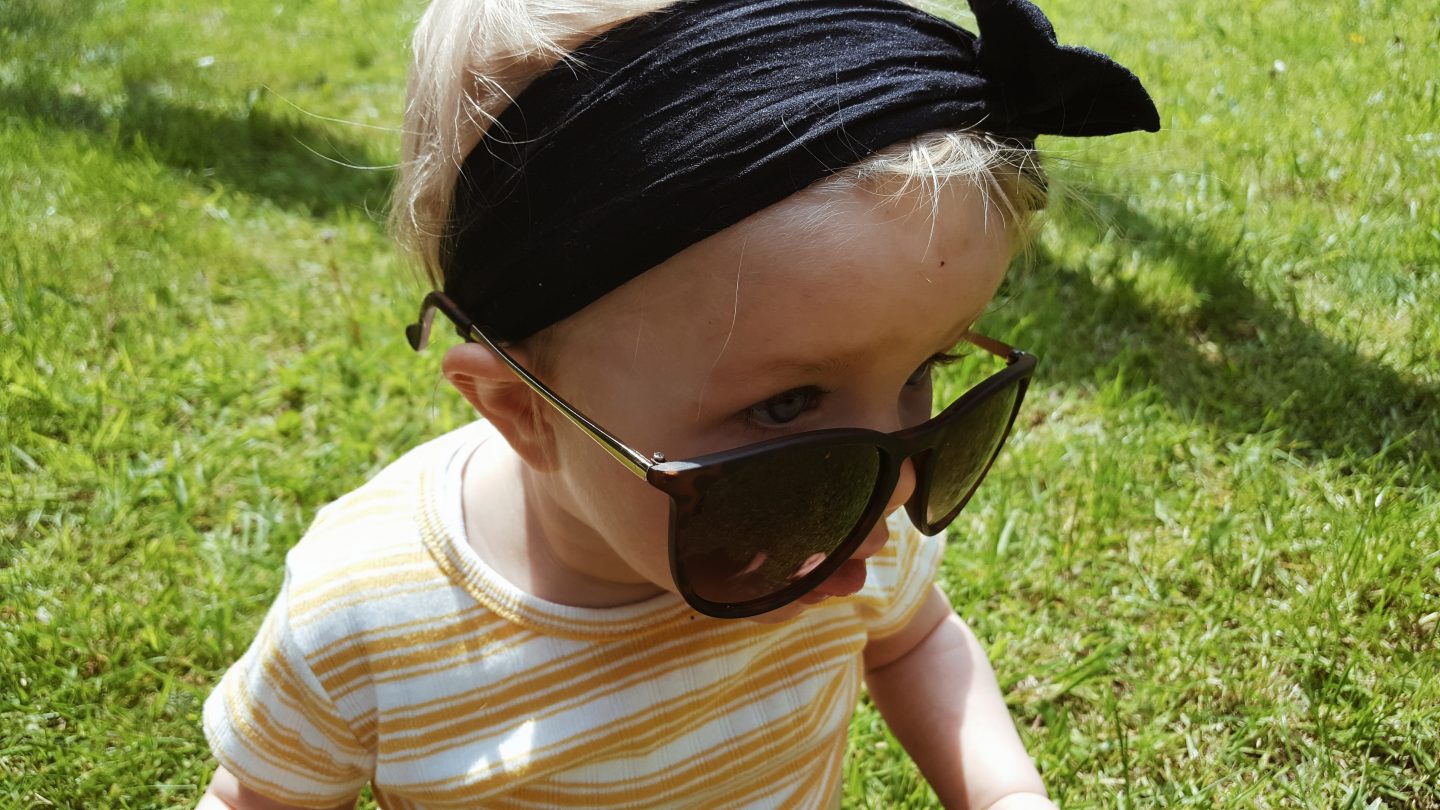 Here at 10 months I finally feel that I am used to her and relaxed with her. I guess what I mean is, that I have accepted she’s here to stay and with that it’s hard to imagine life without her here. It’s at that point with a baby where they seem like they’ve just always been in the family, even though its only been a few months, and you couldn’t imagine them not being one of yours. I have for so long being worried for one thing and another (that ultimately boils down to a fear of another loss), that to no longer look at her in disbelief feels lovely. She has slotted in wonderfully, is a light in all of our lives and a great daughter and sister.

I think with all of that, it has meant that it has been the easiest and most enjoyable with Alice, from the angle of parenting after loss. I have had a few low days, but these were down to things with SANDS, and that will always take me a day or so to feel right again because of the nature of the meetings.

Last week though she accompanied me on one of the speeches I did for SANDS sharing my story, it was good (and a comfort) to be able to have her with me. It felt so natural that she was there, and it was a great opportunity to have her do something with me about her other big sister “Poppy”. It obviously was a heavy day (reliving those memories are never easy), but Alice was calm and chilled and it was a rare moment I had to reflect on what their relationship might have been or will be, and how Alice is helping keep her sisters memory and legacy alive. I wonder daily what having a toddler and baby would be like again with their personalities, and I wonder how having a sick child with CHD would have been too day to day. Hearing Alice was healthy was wonderful, and is wonderful of course, but we loved Poppy with all of her ailments too and  were ready to go down that road. I know I would have adapted and become her expert for her, and sometimes even that makes me sad…that I didn’t get a chance to care for her medically as well as all of the caring that naturally comes as a mother. I think of that a lot when I meet Drs and health professionals at these things because we go beyond the Trisomy 18 diagnosis and talk about all of the other things she had too as a result. Of course initially it was one with out the other and for 12 weeks that is what we had in our minds as life with Poppy.

All of the medical stuff and of course her passing has meant that I have been rather paranoid with Alice when she gets sick, but this last month, when she had a good bought of Chicken pox (which she handled like a trouper), it didn’t bother me. I wasn’t panicked or worried, we just got on with it and it ended up being a relief to get that one out of the way in this first year. 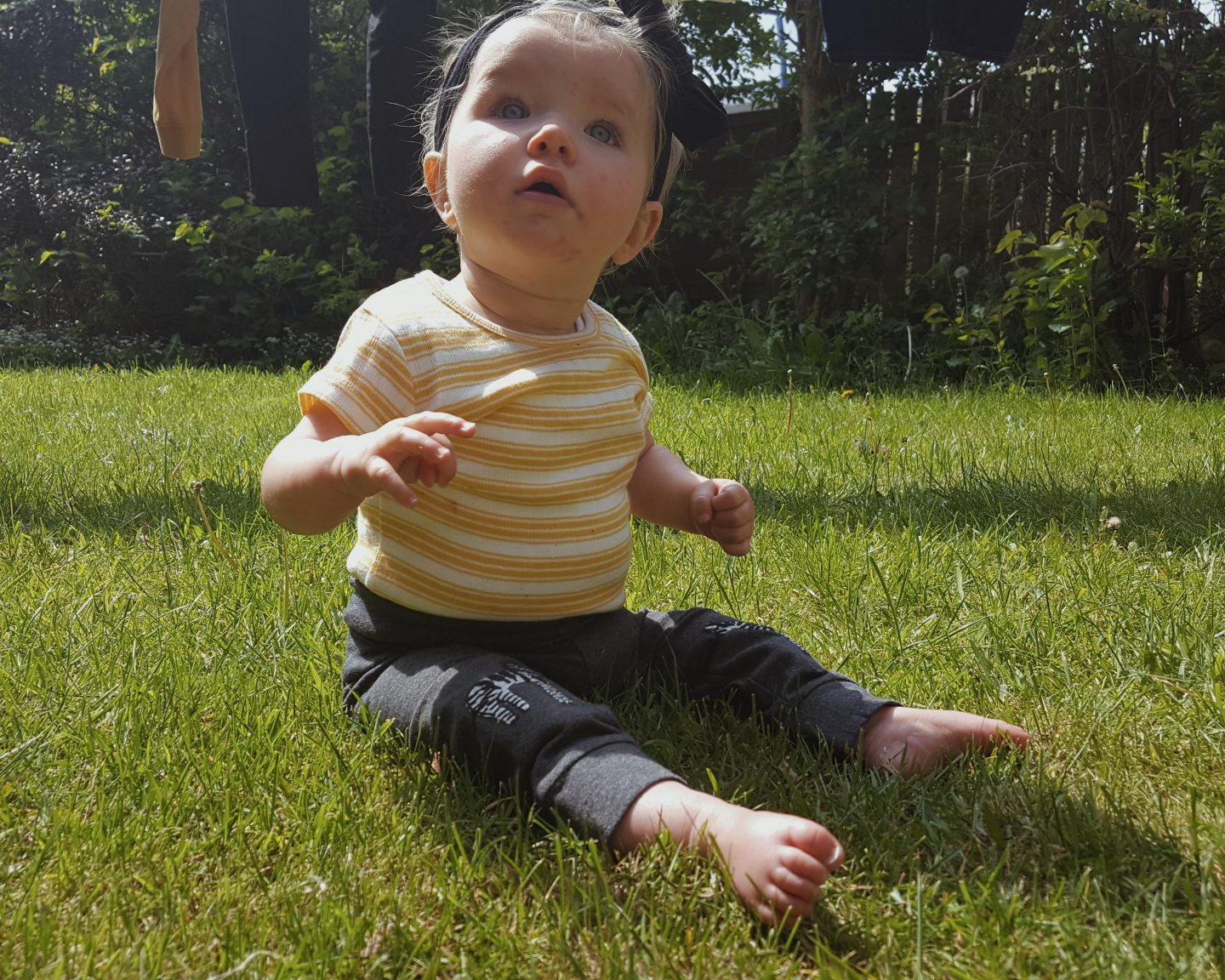 Developmentally she has started pulling up on the furniture and taking the odd wobbly step sideways. She throws things and laughs, babbles lots, signs milk when you sign food and bawls her eyes out when dinner is finished. She has developed way more cheekiness, cute laughs and for some reason loves to wake every morning at 6am!!! She sleeps through which is fine, but 6am is a little too early. She also growls at us if we do something she doesn’t life, pants and slaps the tray on her highchair for more food and makes the most wonderful and hilarious noises.

We have a great routine, she is a great eater, loving especially satsumas, pitta bread, tomatoes, tuna, chicken, roast dinners, pasta and well pretty much everything!!! I love to hold and cuddle her and just have a feeling she is going to be funny like Megan when she grows up. I love spending my days with my little Rainbow girl and can’t believe how fast she is growing! 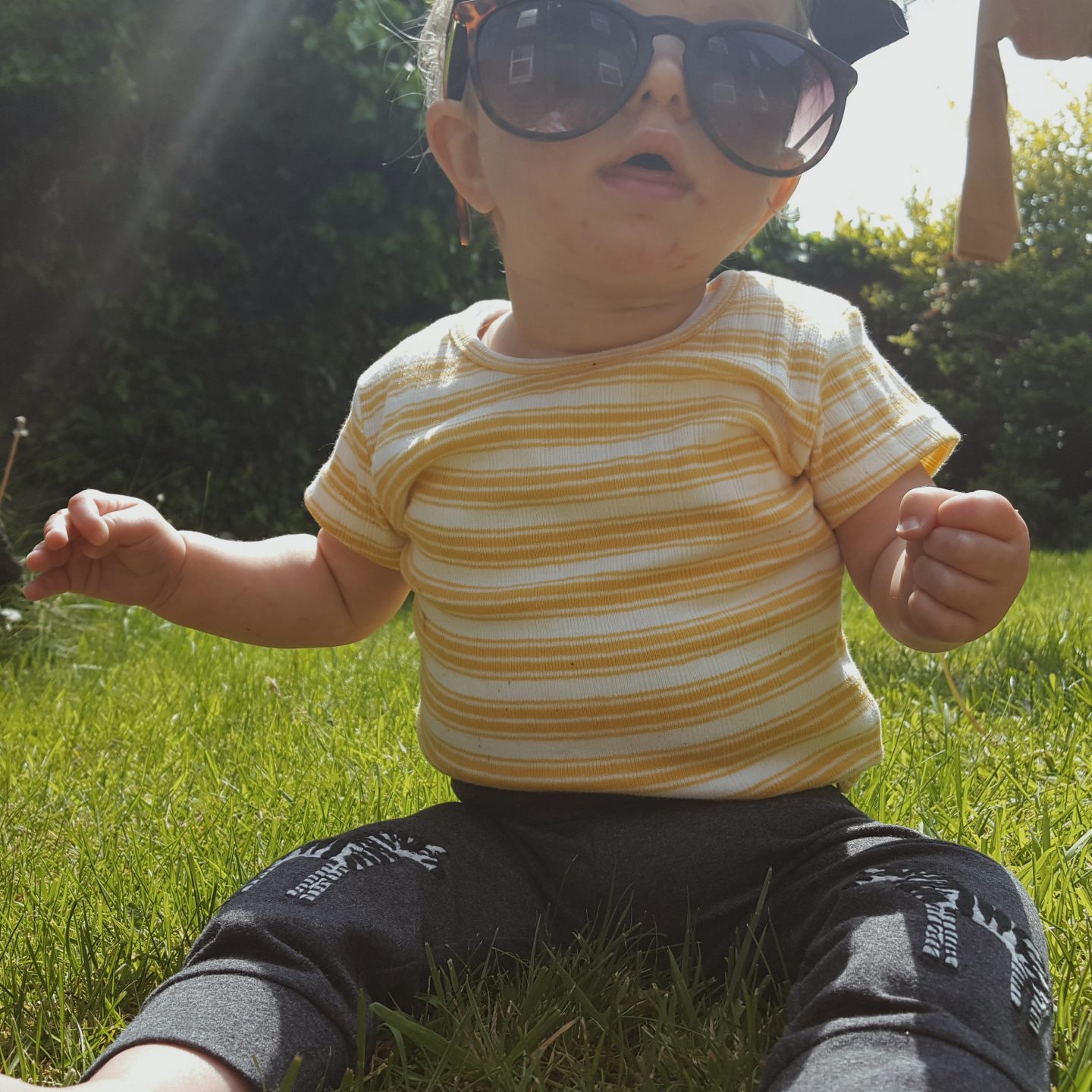 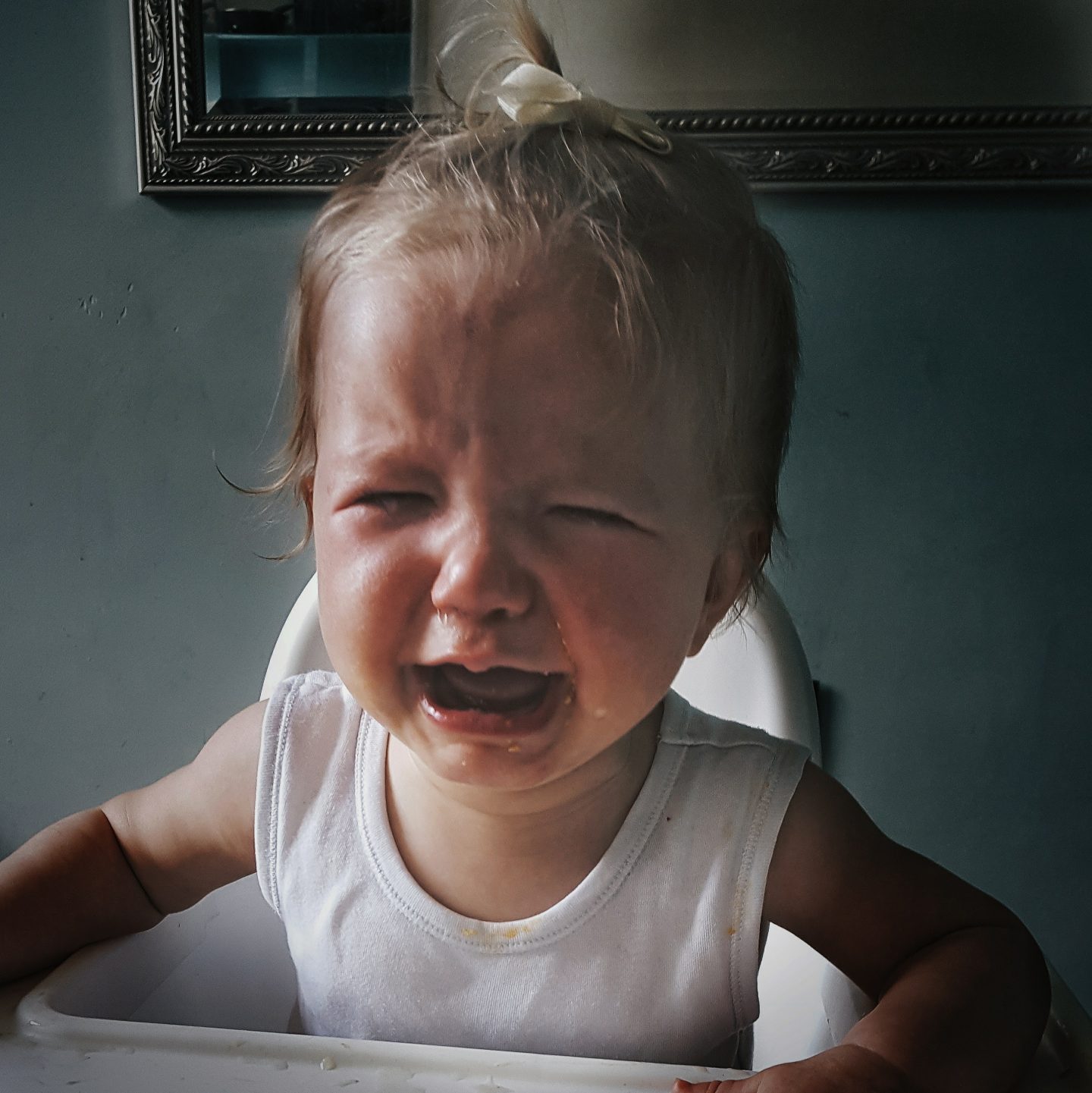 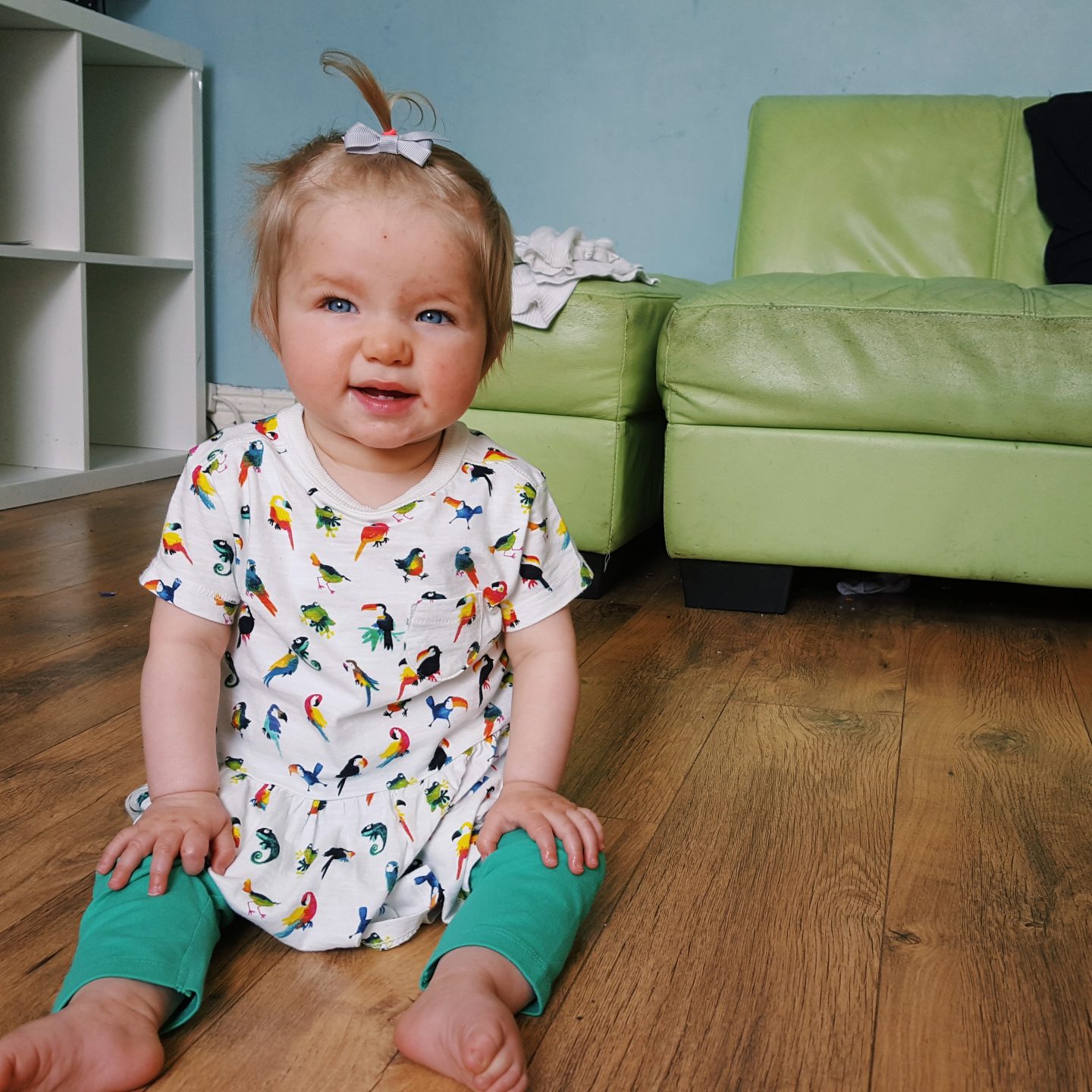