A few weeks ago I received an email in my inbox from one of the channel 5 producers asking me if I would be interested in sharing our story (or rather Poppy’s story) with them for an additional News piece they wanted to do on Stillbirth! I’ll be honest, despite feelings of anxiety at the prospect of being on TV, I was mostly jumping for joy and over the moon at such a privilege. All I have ever wanted to do since giving birth to Poppy, was to raise awareness of her life, our life after loss, and the impact of Stillbirth on individuals and families.

And yet despite this, I always find that sharing our story is such a hard task and takes so much energy – it can wipe me out for a couple of days after as I deal with what I now refer to as “Grief Hangover” (Thanks Antonia!). 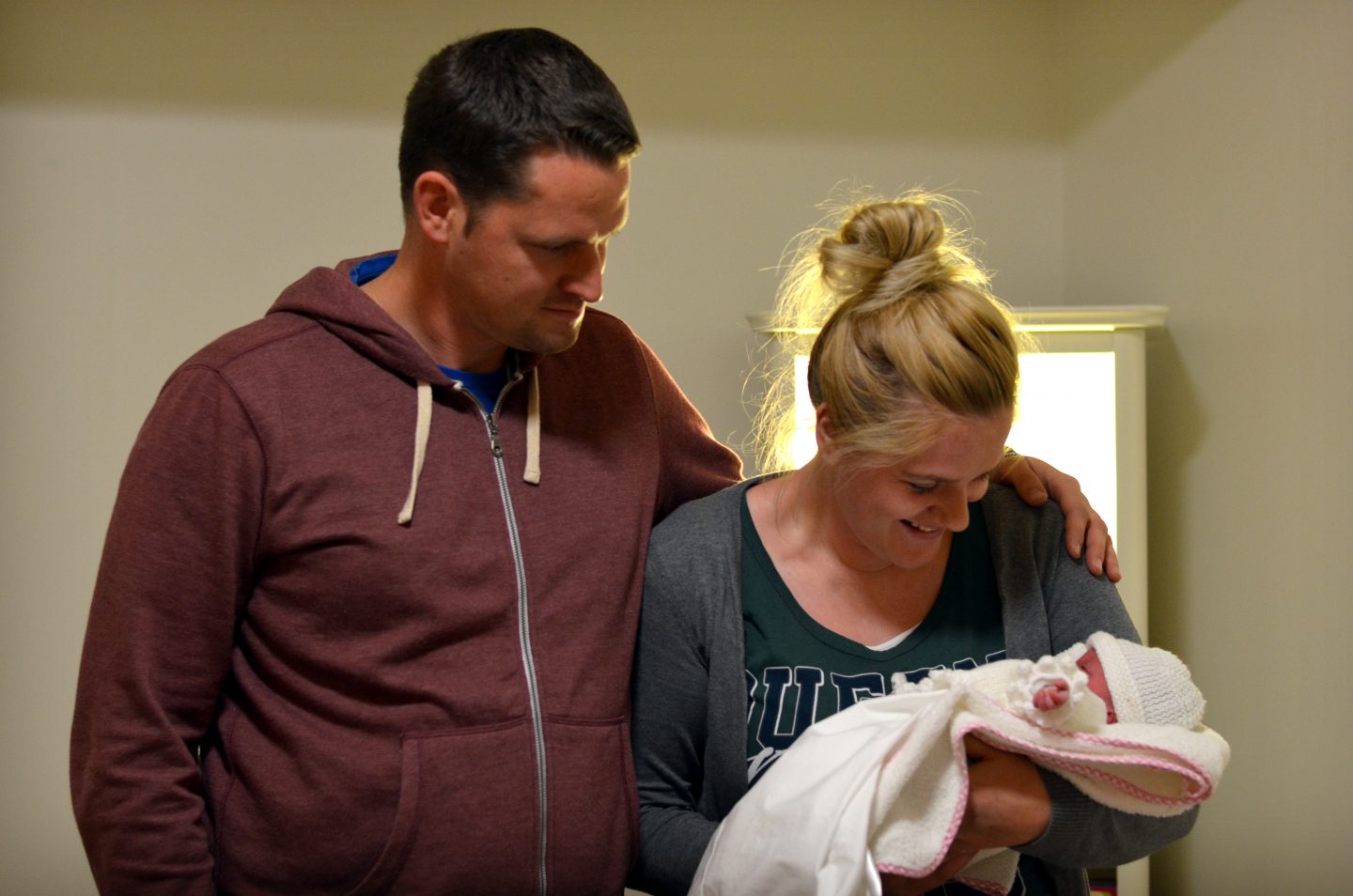 My desire to Raise Awareness

The easiest (or maybe most convenient) way I have found to raise awareness of what it is like to go through Stillbirth and how it feels after, is to write it here in my blog or to talk about it with people; both in person and at seminars hosted by SANDS and other loss groups! My blog has for me being the thing that has kept me afloat. To write about the things I cannot speak is incredibly cathartic to me, and whilst I know at times this has been difficult for friends to hear me say “I am okay”, and then read from me things that are far from “Okay”, it has been the only way I have been able to get out, formulate the right words, and make some kind of sense of all of the pain that continually beats upon me from losing my daughter before she was born.

I find my motherhood very difficult (and this is beyond the everyday mundane that we all struggle with) because it is two fold – on the one hand I am mothering 3 living children, but on the other I am also mother to a daughter in heaven. But this is difficult for both my mind and body to make sense of, and often in the early days my body would literally crave a baby and yet my mind couldn’t bear to be around new babies – the torture within has been incredibly hard, and motherhood such a daily battle. Nowadays the battle is more emotional and mental, but it has always been a battle to parent my living children whilst grieving and navigating the loss and who I am as a mother to Poppy.

I want to (and the key is that I can) encourage my living children to be successful in whatever path they choose and I want them to be happy. I want them to write interesting stories and leave an imprint in some small (or big) way. I want them to find people that will make them happy, and who they can hopefully have a family with too. And whilst being a parent is hard day to day, these things are so natural and in some ways the easier part of motherhood to do for them.

With Poppy however, she cannot write her story because her life never really had a chance. Her whole life went against what is natural in the order of things – her death came before her birth, and life was never lived. Her presence was known briefly by many, but quickly forgotten. Her parents buried her in infancy instead of holding her close and raising her with her siblings. And I know now that many believe I should let that all go, accept what happened when it did, and focus on my own life and happiness, but when I held her in my arms in the silence of the delivery room, I looked upon that sad situation we were in and was determined I would make something of her small life and presence in this world. She would/will always be a member of our family, spoken of in our home and remembered between us each birthday. But as a mother of a child who did not live, I cannot just let that go and I cannot just let that be what her life was.

To me her life would have been wasted, however brief it was, if something was not to be written and created in her memory.

And so I write – I write her story and I write about her tiny life. I write about how it broke us and how it has at the same time helped us to find inner strength and courage we would never have known any other way. I write about the hard stuff – the taboos, and the ongoing effects her life and departure has had on our family. And I write about our life now – how we still have joyful enriching moments, how we still see goodness and beauty, and how our joys are all so intertwined with the sadness she will never experience them with us.

And I talk – I talk about Trisomy 18, about CHD, Stillbirth and SANDS, to anyone interested. And I talk about her birth story and pregnancy at SANDS trainings. I talk about the hospice, and then I walked a ridiculous amount of miles and nearly died on a mountain side all in the name or raising awareness – awareness of our daughter and awareness of her life and how it ended, and what that now means for us.

I became a befriender, and I am becoming a therapist of some description because I want her life and the pain of her departure to have purpose – I want her imprint to be left in the hearts of others, and I want to channel my pain and grief into something meaningful. I can make breakfast, read with, play with, wash their clothes, cook dinners, talk with and go on adventures with my other kids… I can teach and discipline them, hug and kiss them, laugh and cry with them; my motherhood to them is my daily life and very apparent in how we live life together. But for Poppy it isn’t ever obvious unless I make the ongoing decisions to write, speak and find various ways to have her remembered and her life purposes created.

So raising awareness through all of these mediums, and working in a field supporting others in hardships, are my way of finding a way to let my motherhood of her show in this world.

So when a TV station email me, or when I speak on a radio station (see here), or if a newspaper or magazine were to contact me, I would always say “Yes”!

Yes to helping others through our experiences.

And Yes to being able to be a mother, and helping my child’s story to be written and leave an impact on the world.

It is because of this that I was so absolutely gutted and fed up, to be stranded on a train, and I couldn’t just let it go. I was so nervous to speak on camera in the first place and all I wanted was it to be right. I wanted the message to get out of course, but I so very much wanted to be one of those speaking it as I had envisioned and had looked forward to doing. 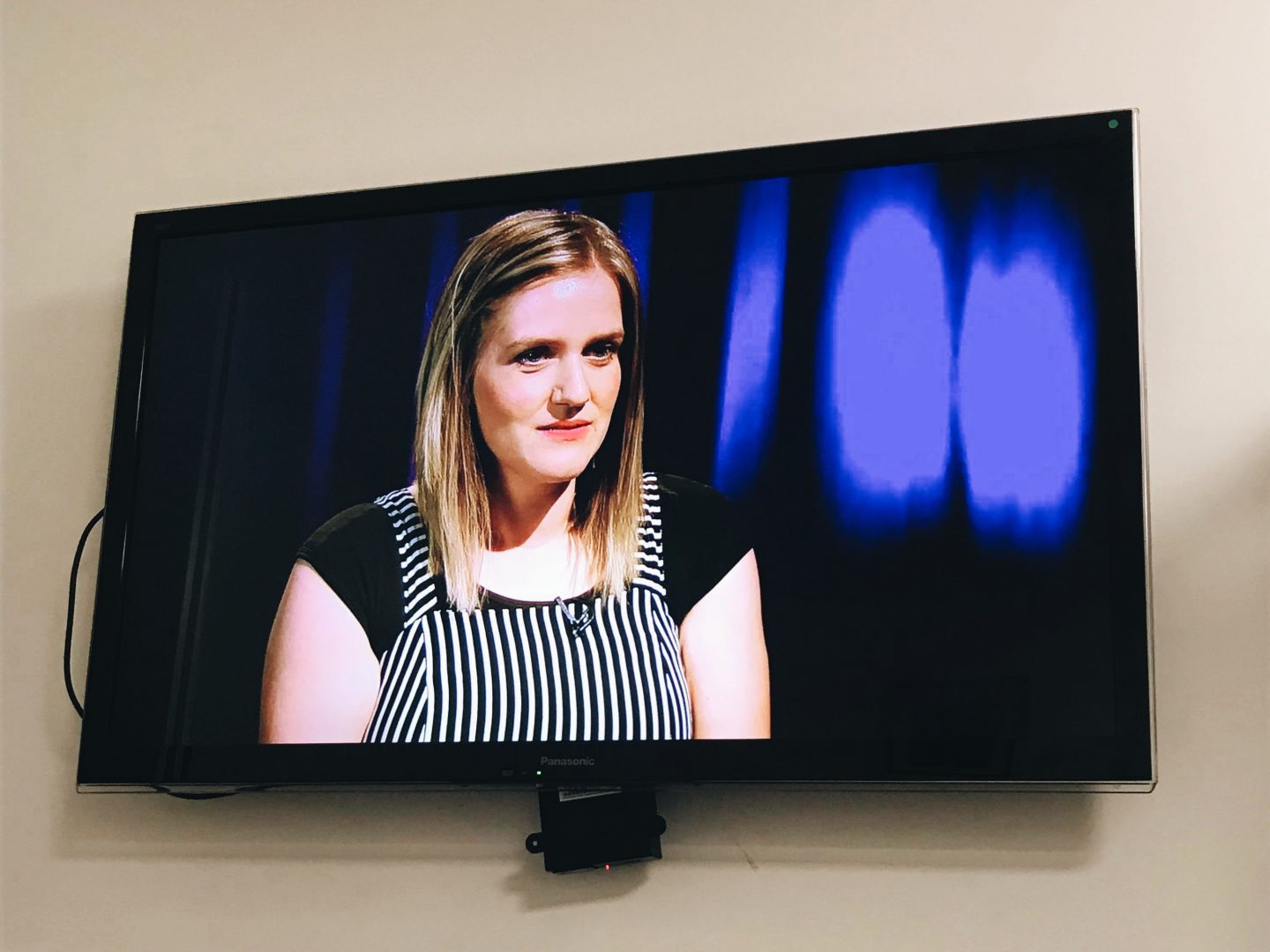 I loved the opportunity to be acknowledged as Poppy’s mum and to share Poppy with so many people. I loved the chance to be able to speak the words so many don’t want to listen to. And I felt it an honour to stand shoulder to shoulder with 8 other brave women who too just want to mother their sweet babies.

I am grateful that 4 weeks ago I was invited to go to ITN studios and be a part of the “Stillbirth: Still a Taboo” panel. What they discussed and created was incredible and a huge step in helping families affected by stillbirth. For me It was an incredibly exciting moment in my life, and whilst it was a scary one too, ultimately it was a complete privilege to have a chance to raise awareness and exercise my motherhood for Poppy! 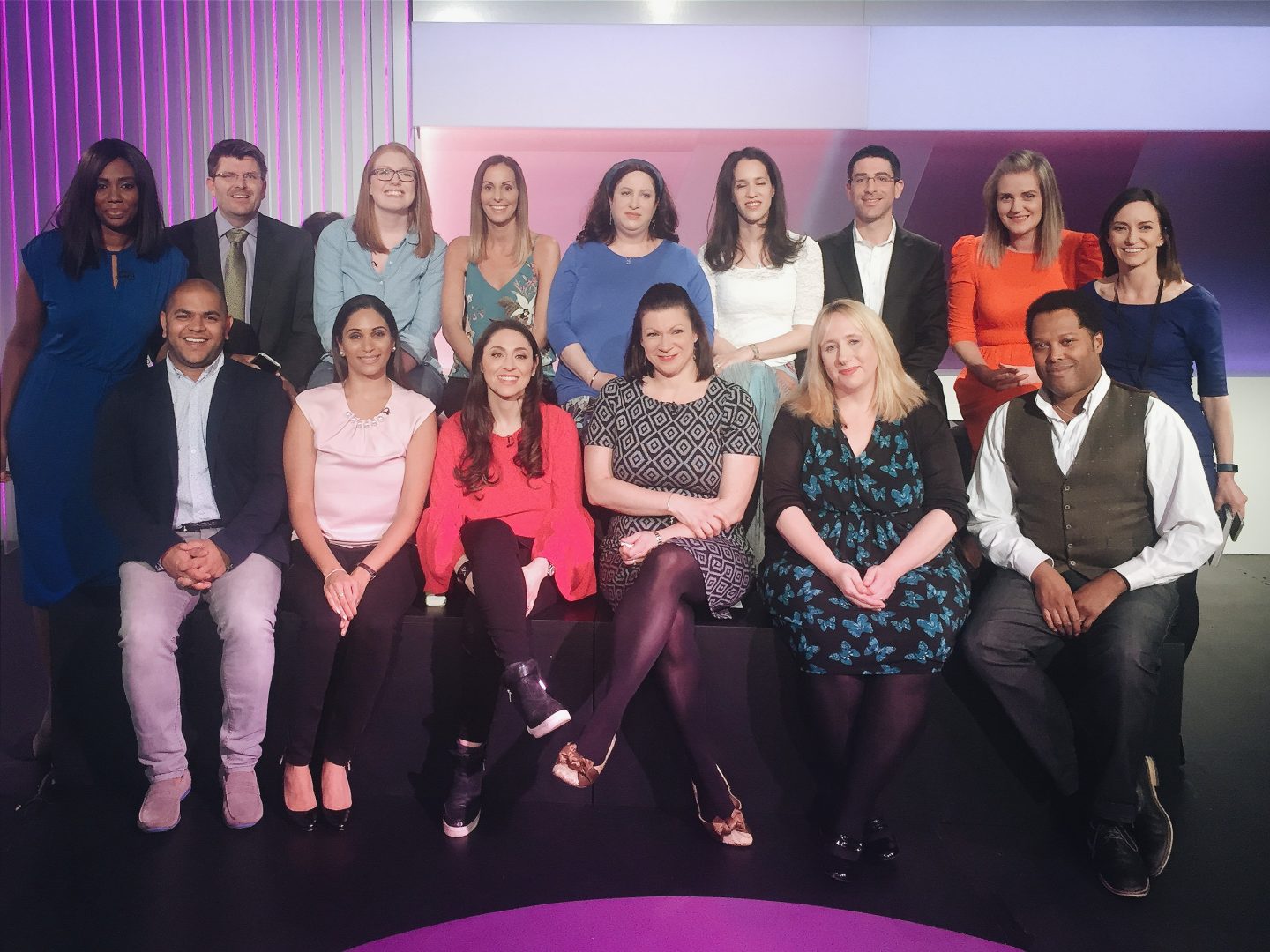 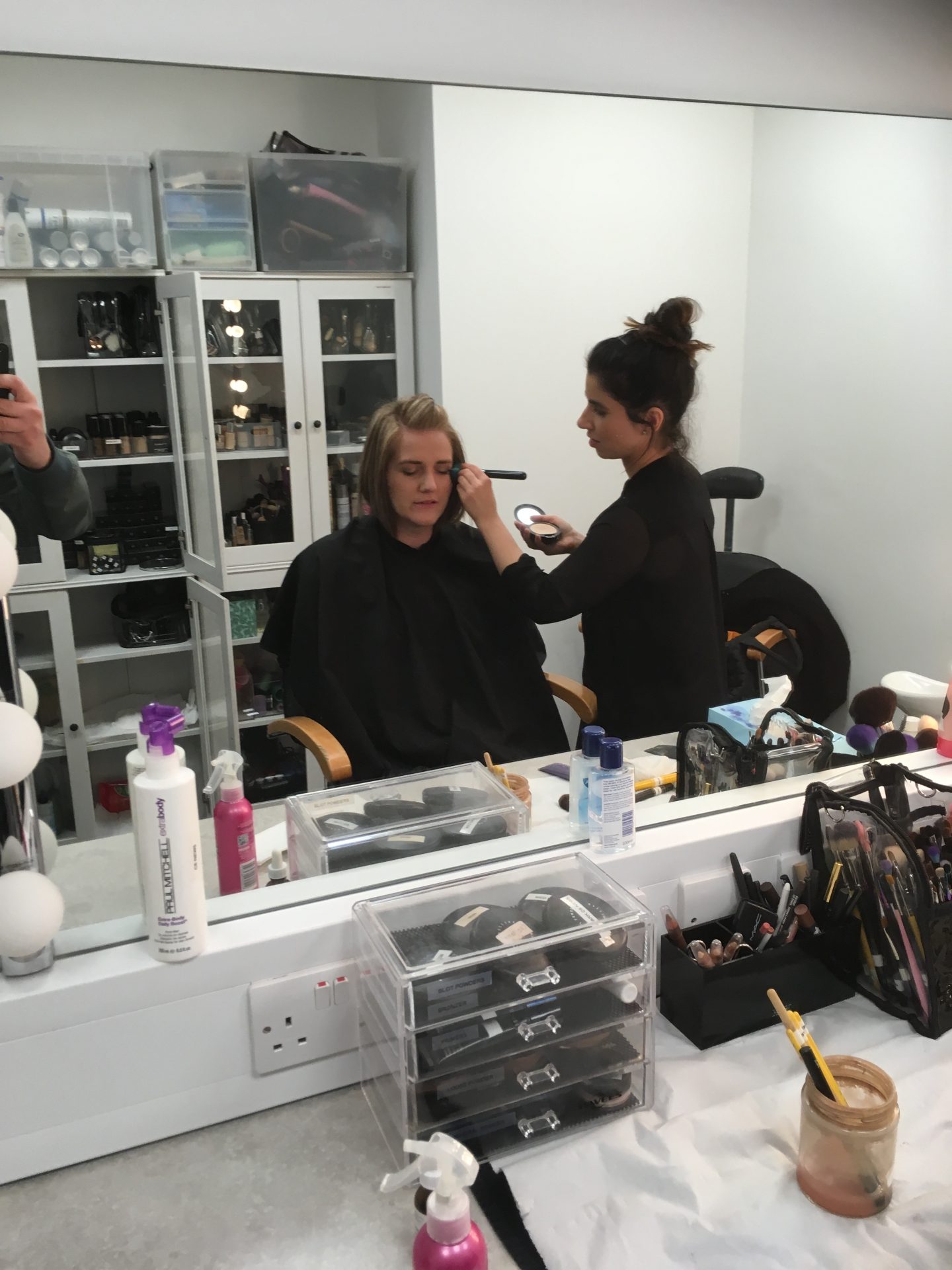 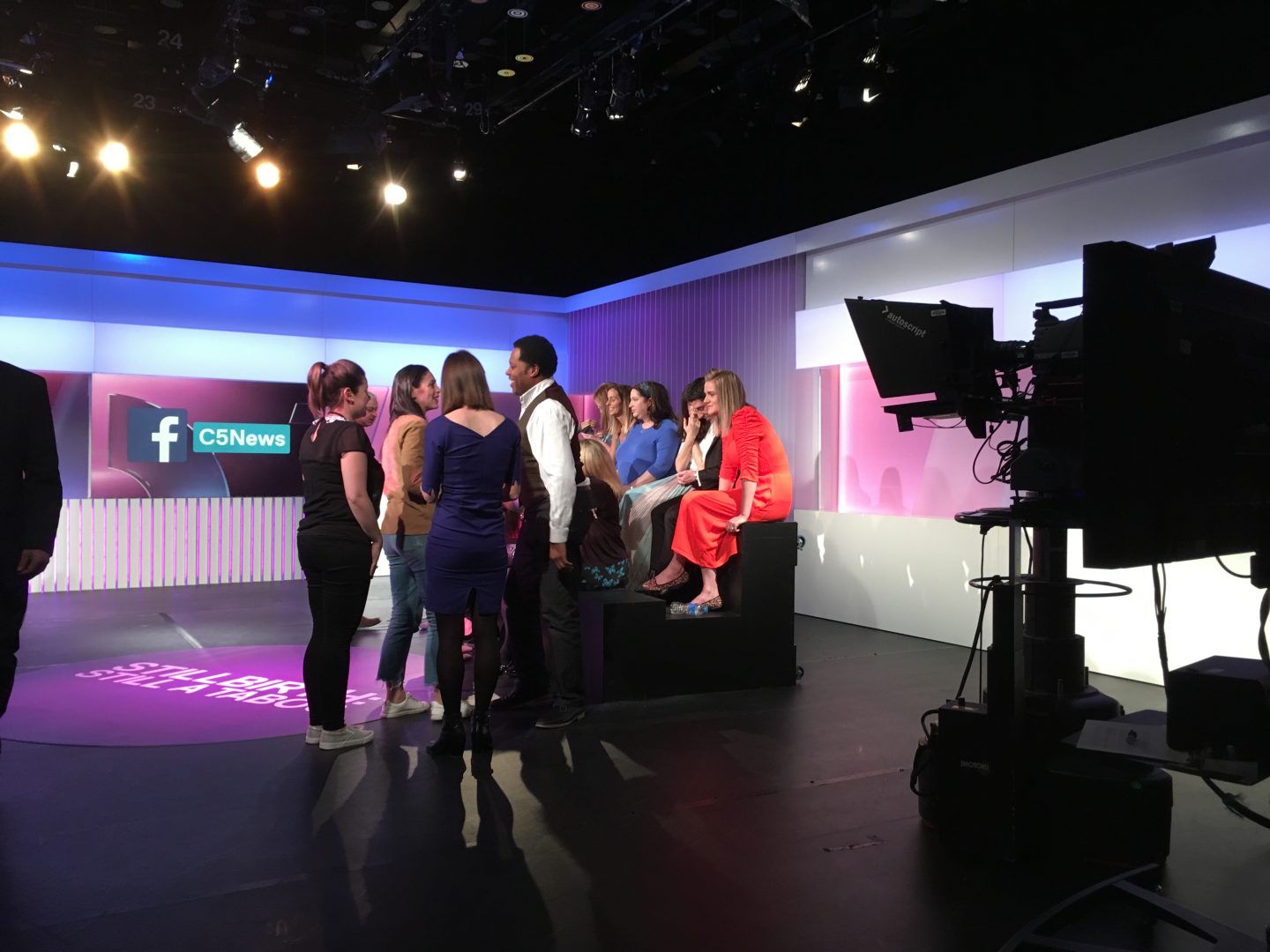 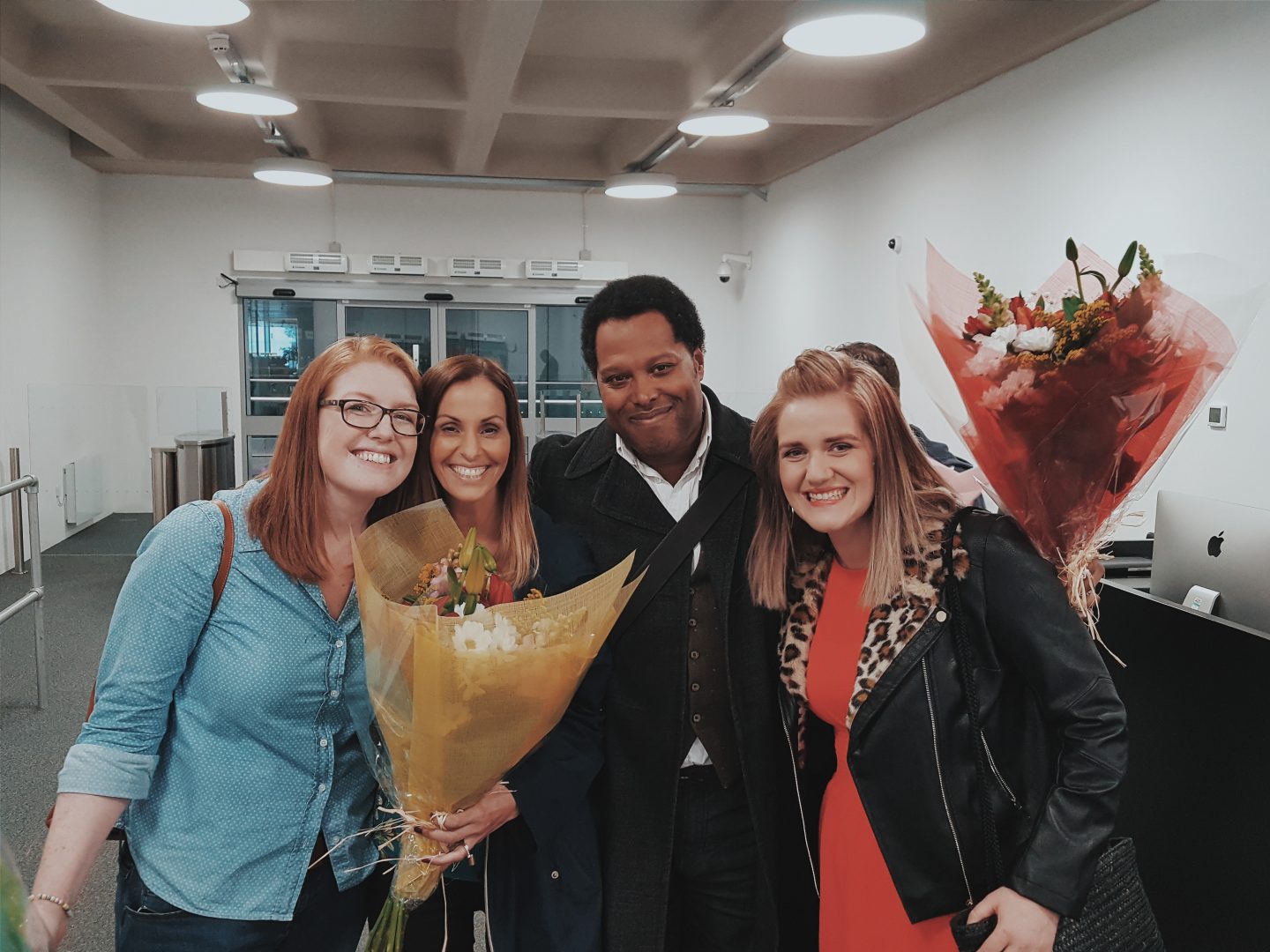