I am the 1…the 1 in 4,000 affected by Edwards syndrome. The 1 told by doctors that I had “pulled the short straw” this time. The 1 that had to fight for care for my unborn child. The 1 in 10,000 to have rare and complex congenital heart defects as a result of said syndrome. And the 1 of the 10 to have a stillbirth that day.

Yes I am the one affected by Edwards syndrome, and now I am the 1 with a baby who died. 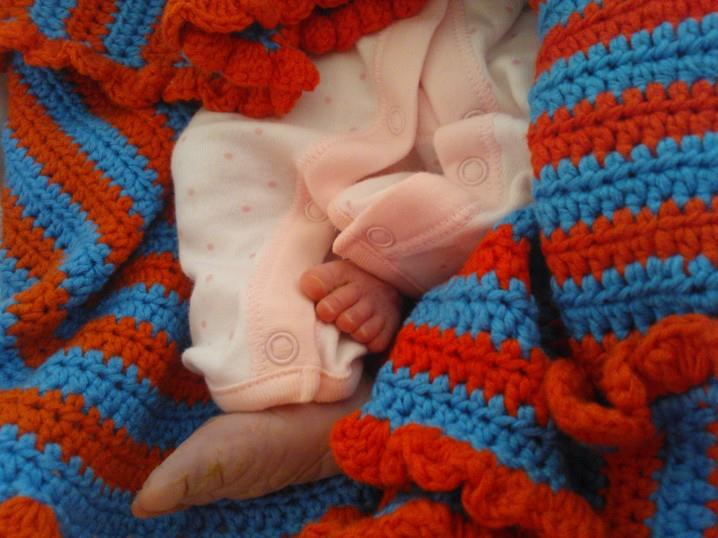 We throw around these statistics to pregnant women, and in conversation in medical settings, like it means nothing or that is something so rare. Perhaps its even down played that they have nothing too much to worry about (or heaven forbid it would be me). But when it comes to one of the babies with an extra 18th chromosome… it is me, and to me (the 1) it means everything. To us with the short straw it is our world and lives shifting from what we once knew and hoped for. It is a dream of a precious new baby, another sibling, and a lifetime together, turning into an awful nightmare, and a life with a broken heart.

Stats mean nothing when suddenly you become the stat!

March is Trisomy 18 awareness month (though as yet I’ve barely seen anything about it anywhere), and I want to share with you not just awareness of the syndrome and how it affects families, but I want you to become aware of how little is done to help the babies who are diagnosed with it. (And when I say little, it’s usually a big fat Zero!).

I’d never heard of Edwards syndrome/Trisomy 18 until my 3rd pregnancy when my 20 week scan revealed some major health problems with our little girl. What that meant was that I had had 2 other healthy babies and never heard it was potential risk to them either…not just potential but that it was the 2nd most popular syndrome in the UK with 1 in 4,000 babies affected by it.

At that time (within the last 6 yrs) there were no routine tests for it like there was with Downs, and no one ever really talks about any of the potential chromosome risks unless you physically (because of previous pregnancy or age) are a risk. I feel like it’s often brushed over, and even in my latest pregnancy (2016) when I was offered testing they just quickly mentioned the names of the syndromes with no explanation of what they were or how they would affect my unborn baby.

But what I also didn’t know 3 years ago is that medically, babies diagnosed with Trisomy 18 are labelled as “not compatible with life ” and subsequently all care withdrawn – Another thing they would NEVER tell you when they offer screening in early pregnancy!

And its not just care that is withdrawn, I’m talking food too! At least that was my experience here in Yorkshire… And to make it worse, they really make you feel like it’s the kindest way, because anything else you would hope for, to give your unborn child a fighting chance, you’re just prolonging the inevitable…

At 20 weeks my baby was diagnosed with a very rare form of CHD (congenital heart disease), it wasn’t anything we carried or had done, more just “one of those things”. Her life expectancy went to a maximum of 15 years and a life of intense open heart surgeries and drugs to patch her up. It was later revealed via an amniocentesis that the cause of this (and a diaphragmatic hernia), was a chromosome defect known as Trisomy 18 – or Edwards syndrome. She had it to its full whack meaning every cell, and every new cell would always have an extra 18th chromosome. 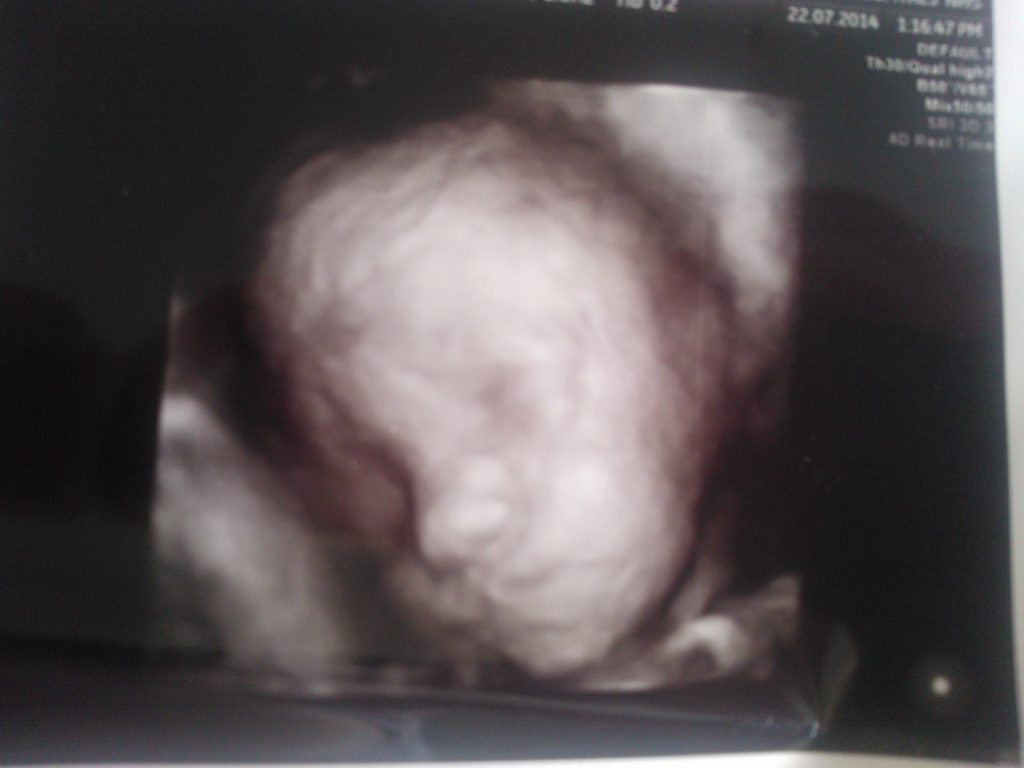 I remember the horror in my heart when they told me at about 32/34 weeks that she would no longer be a candidate for heart surgery at birth.

I remember feeling so alone and speechless to be told that when she was born, “we would just make her comfortable until she dies!”. The plan was named “comfort care”, but there was nothing comfortable about it, and looking back I didn’t at that point quite grasp that either;

Me: “I plan to breast feed her, so if she struggles sucking, we can tube feed her that right?”

Them: “No she won’t be feeding, she won’t have anything. You can hold her and we can give her drugs to make her comfortable until she passes away” …

“UNTIL SHE PASSES AWAY????” How do they know she doesn’t have 2..3..4..weeks or months of life in her? Who are they to withhold care and nourishment from my baby because a book told them that this syndrome = not compatible with a life? Life limiting yes, but she is entitled to a chance at some life with her family surely?

And how did they know that they weren’t cutting it short because she’s not in their eyes compatible?

At this point I knew of babies UK and worldwide that were living for months, and some for years. I just wanted time, any amount of time to meet her. I wanted some time to be her mum and time to kiss and cuddle my baby. I wanted a family picture and to take her outside and feel the sunshine on her skin. I wanted time to have her blessed, to be in our home, and to meet her family that were very much looking forward to meeting her.

She was fighting inside and I just knew that with some help and faith in her, she would fight outside too.

I remember thinking that the original heart disease diagnosis was great compared to this.. and then wishing she had Downs, or even some kind of cancer,  because as hard and as horrible as an illness as cancer is, it would actually have meant that they would do something for our child. They would care for her, they would give her a chance to life.

I wished in those final weeks of our pregnancy that I had never had that stupid amnio they pushed me towards, because you know what? Then they would have had to give her a chance to life because they wouldn’t have any formal confirmation of anything!

I gave them what they wanted in faith it would enable them to better care for her, and in return they took away what I wanted!

And that is the reality of Edwards syndrome that no one wants you to see…their label… their lack of care. The lack of compassion… the constant pressure to “terminate” this life.

No chances and little hope.

I fought for weeks for a care plan, and research led me to understand that babies left til their due date often will be stillborn as the placenta stops working … with this piece of information in a study via SOFT UK, I begged for induction and to have her born alive whilst she was still growing and kicking. But who was I? Certainly not a doctore and certainly not someone they were wanting to take seriously. They finally agreed to a care plan beyond comfort after 4 meetings, but didn’t (or wouldn’t) listen on the induction front, no matter how much I asked they wouldn’t!

And so it ended in how we suspected – at 39 weeks + whatever days (full term) I found out she had gone.

She was born asleep on her due date, and after another fight for them to “please test the placenta” it revealed that patches weren’t receiving oxygen and it had an infection… was that a coincidence? I don’t think so… Mum.knows.best! We obviously choose to listen to some research and not others.

So that is what 1 in 4,000 looks like. That is what being the 1 means – A death certificate instead of a birth certificate. A fight for care in pregnancy…A grave where your child lays, and a lifetime of memories gone. A brief cuddle when you long for many more. One little kiss, and a box of memories I look at, of baby things to remember that she was here… 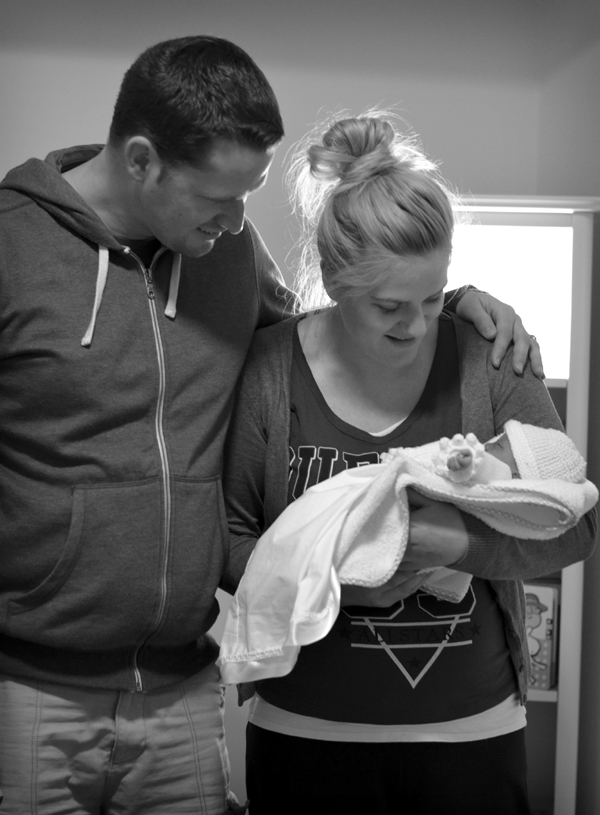