Yesterday Ethan’s wish came true when I took him to the barbers to have his hair cut just like his new style Icon “Bugsy Malone”! As he walked into church today with his suit and bow tie on, the ladies of all ages commented on how absolutely adorable he looked, and in his coy little way he gave a cheeky grin! He loves his new do, we all do, and whilst it reminds me of the 90’s, it has certainly given him an air of confidence! 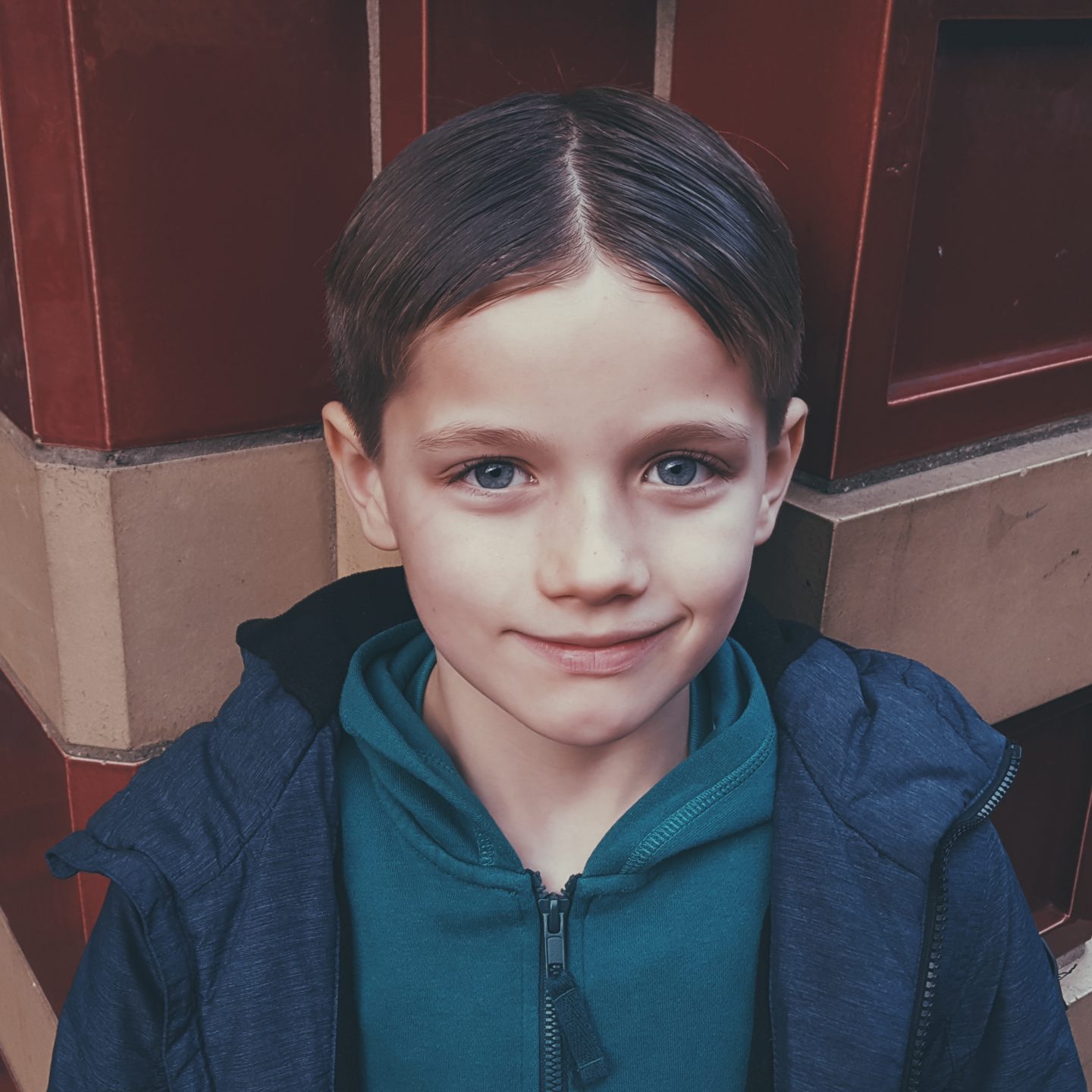 Ethan has always been one to take great interest in his hair. From being quite little I would gel it, and whether it was that or just his personality he became very particular about how he wanted it cut! In Summer it has always been shaved (because he has a big sweaty head!), and in the winter he tend to keep it neat, but longer! It was just his ordinary.

From quite early on, when we entered the barbers and they would ask “Mum what we doing today?”, I would point to Ethan and he would explain to them exactly what he envisioned. They laughed and commented how cute it was, but I knew to him it was something important he want to be involved in and feel in control of.

Up until a few weeks ago, he was growing his hair out long enough to be a “Rock Star”! It came from seeing a picture of Bon Jovi, combined with the fact that last Summer his youngest of uncles had his hair long enough for a top knot/Cool head band. Ethan found both of these fascinating and has spoken a lot about having “even longer than normal” hair. I love his hair short but I also don’t want to be controlling over such personal things, and so in half a hope that it was a passing interest – I agreed it was fine and he has been working on growing it out/never washing it! 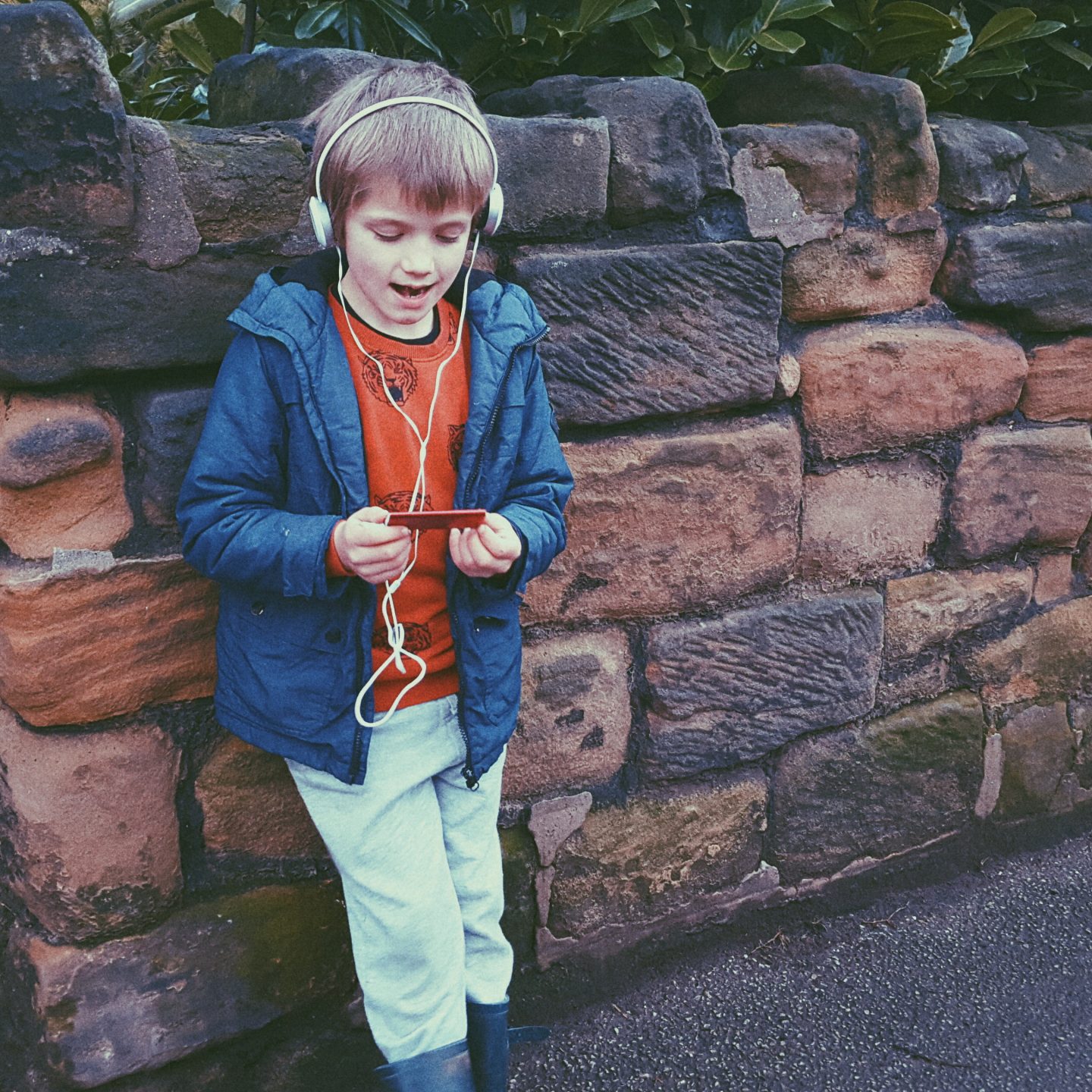 Fast forward to the Christmas Holidays and lazy movie days at home. We all became just a little bit obsessed with my old time favourite “Bugsy Malone!”. It was on most days, and on the days we did venture out we would be quoting it to each other and be found doing a couple of dance moves and singing the songs between giggles, as we waited for the train or walked to our destination. The kids loved it, and I loved that they did! And even now we sing as we go to school or I will catch Megs shouting a not so insulting insult from it to Ethan!

Then a few days ago Ethan came to me with his Gel and asked if I would style his hair like Bugsy – “I want to look like Bugsy Malone Mummy!”. I laughed a little but helped him to, and his face beamed for the rest of the night. It was so funny and cute and I assumed it was just a moment of make believe play! As he went to bed however, and when he awoke the next day, he suggested that maybe we could go get his hair cut more like Bugsy! Apparently he’s so cool and nice that Ethan desires to look just like that!

And so yesterday we did. I googled a picture and showed it to the lady and she smiled as she cut the style! As always he sat so still and serious, watching like a hawk at what was being created. I caught the odd grin as he saw his dream become a reality and then as he left the Barbers he excitedly exclaimed – “I wanted to look like Bugsy Malone and now I do!!”. He was so happy! At least until Megan suggested he looked nothing like him!!

Apparently he just needs a hat now, and he will be living the dream.

I can’t believe this year Ethan will be 8…sometimes we really butt heads on things, but I have loved the last couple of days of seeing him looking older, smarter and more confident. I have loved the excitement and harmony between us, and the ordinary moments of childhood where they become obsessed with things and want to be like someone or look like someone they so admire. For Ethan right now that interest is a fictional, straight laced 20’s gangsta kid, that all the ladies like, and that’s totally fine – It’s a lot of fun and very cute he is into something not so mainstream.

The Ordinary moments of hair cuts, style icons and being a 7.5 year old boy – How handsome you are my darling! 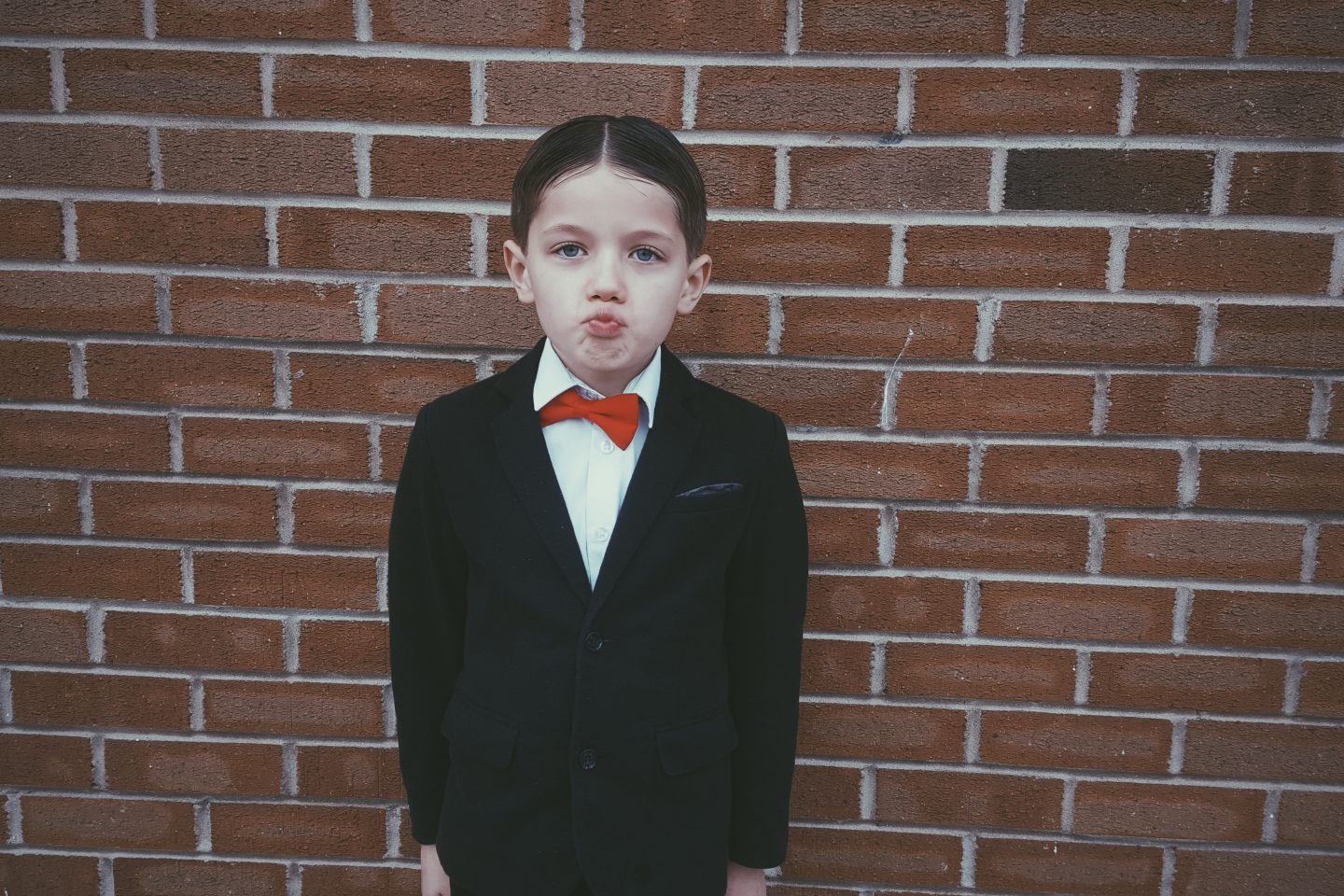 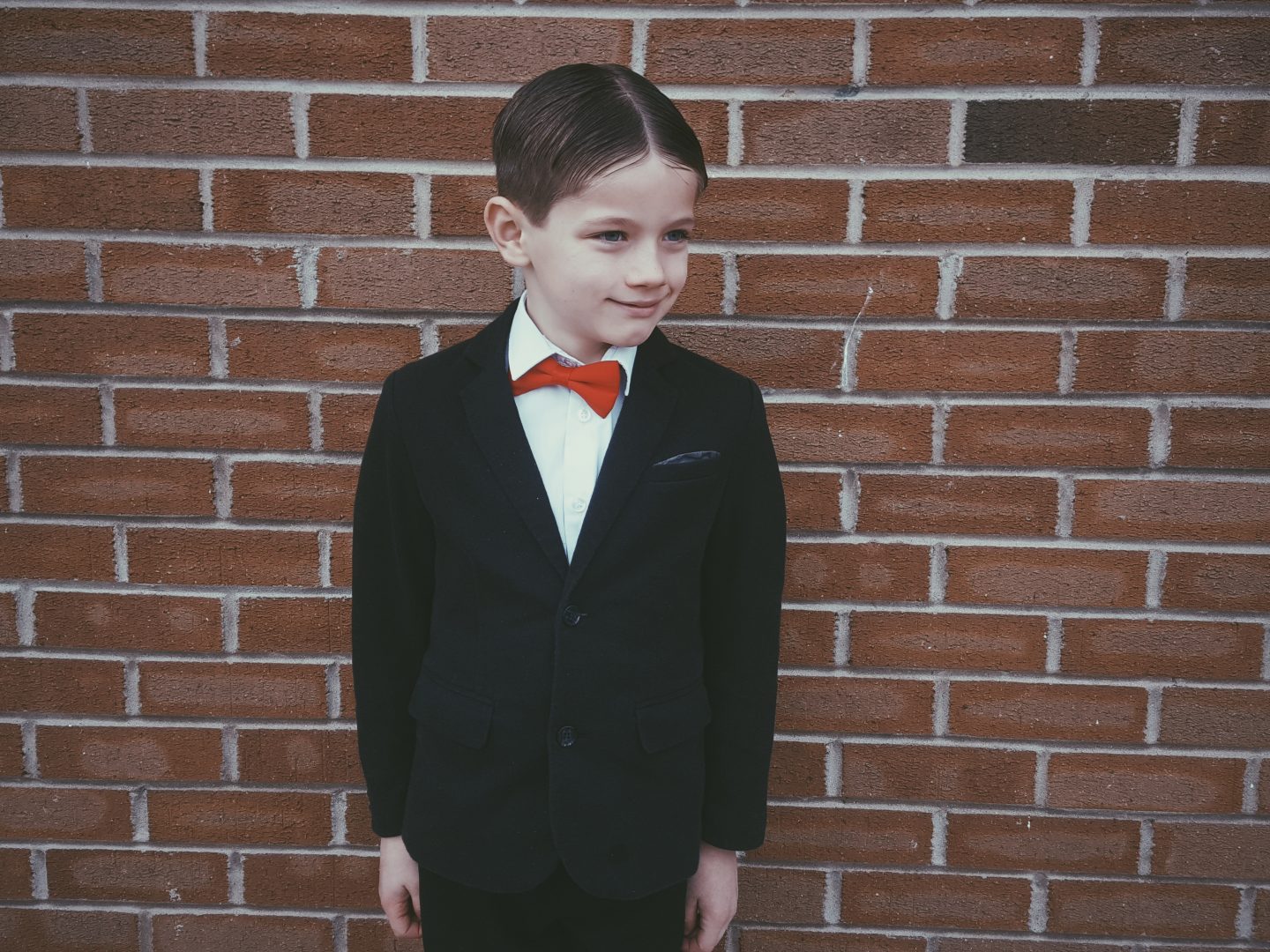 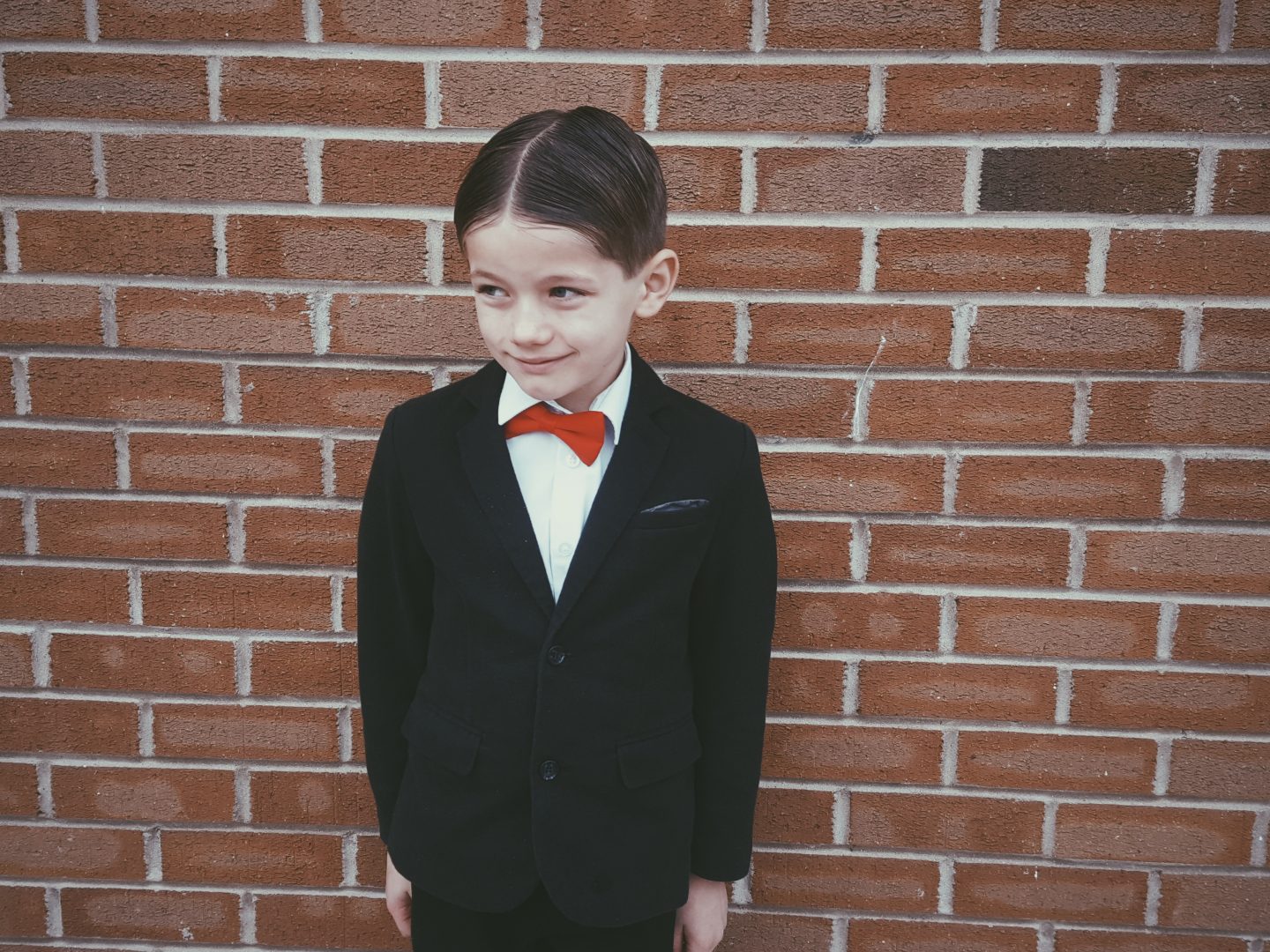