Well I did it! After hyperemesis, gestational diabetes and weeks of pelvic pain/general exhaustion, I brought our 5th child  – Oscar Hamilton Smith – into the world safe and sound on the morning of 9th March. And, for the last almost 5 weeks we have been soaking up all of the wonderful moments with a new baby (as well as adjusting to the disrupted nights, soreness of feeding and general chaos of trying to get out on time with a new baby in tow!)

I am really tired and some days are pretty much a blur… not to mention that it has taken me more than a few weeks to start feeling more normal again. But I have been resting loads and taking it easy and I am so happy to have this lovely little boy in my arms! We all happy and delighted to have this special new addition in our family- he has brought light and joy to our lives and makes us smile daily.

Hello baby boy Smith – we are so blessed to have you. 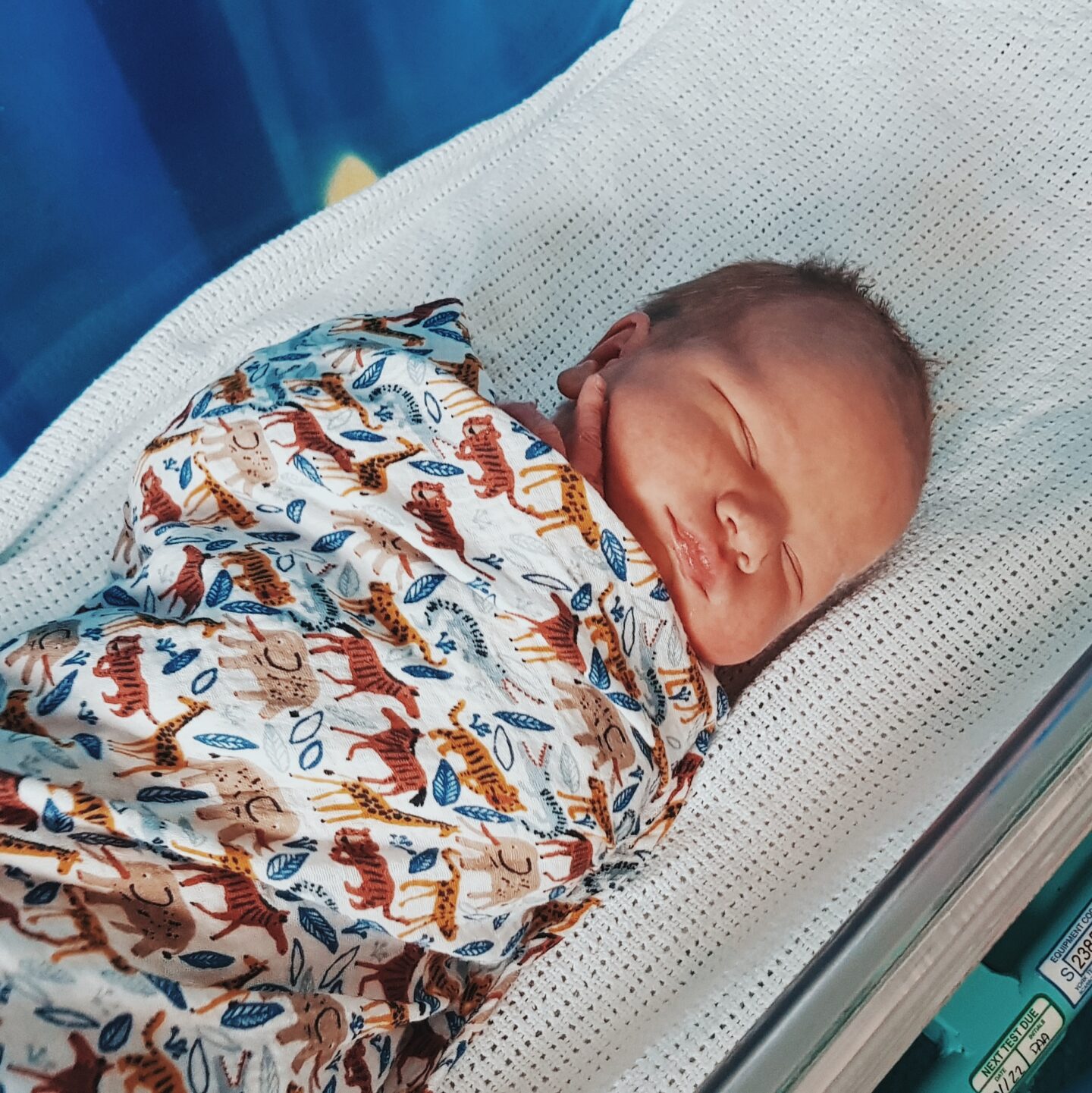 Our little Oscar was born at 2.34 am on the 9th March weighing 7lb 15oz and of course – absolutely beautiful.

My delivery was a lot harder than I had hoped; with both him being back to back and also a failed epidural, but I managed with gas and air and it was such a relief to finally have him in my arms! The kids are loving having him here and I am loving seeing life settle into a new flow with an extra child in the mix. He is really cute and has a funny little character I adore.

As I had gestational diabetes in this pregnancy again the plan was always to induce labour and so we went in at 7 am on the 8th (11 days before D/Day and also International Women’s day) to get the process started. I had had a failed sweep on the Friday and hadn’t slept too great the night before as I had been both nervous about the whole thing and was also experiencing regular twinges and pains all morning. I was hopeful at least that something was happening to reduce interventions however when they examined me there was nothing to report – I was gutted!

They planned in the afternoon to use a balloon to encourage labour – a procedure I was not familiar with and dreading too, however when they took me to delivery and checked me again on the delivery suite prior to starting this, I literally jumped for joy to discover I was 2 to 3 cm dilated and so my waters were able to be broken! This was done at 2.34 pm and whilst I still had labour to endure – we were just a little bit giddy that he was on his way!

For the next couple of hours I bounced on a birthing ball, walked around the room, listened to relaxation tracks and we had a diffuser with clary sage – it was honestly the most peaceful beginning of labour I’ve had and I felt so relaxed. By 4 pm they wanted to hook up the Oxytocin drip to speed up the process and so this meant that things began to feel more medical and movements more restricted for me. Knowing this from previous labours I had already planned on getting an epidural when it became too strong and they supported this choice.  By 6.30 pm I felt that it was becoming too much and so I asked for the epidural, I was 6 cm at this point and I felt so proud that I’d made it this far pain relief free.

The epidural was in by 7.30 pm and it had taken a while to position! Things were cranking up on the pain front and I began to struggle with that, so then an hour later when we realised that it wasn’t working, I was absolutely gutted and quite annoyed (pain, hormones and failed epidural meant I was on the verge of losing it a bit! The anaesthetist went back and forth trying their best to solve the issue, but it was to no avail! Meanwhile contractions were coming thick and fast still and so I resorted to Gas and air for some relief from it! I know they also injected some strong pain relief through the epidural, but not much was working and so I just had to get into the zone with that – puffing deeply on the gas and clutching Nath’s hand throughout – it was good stuff HA! 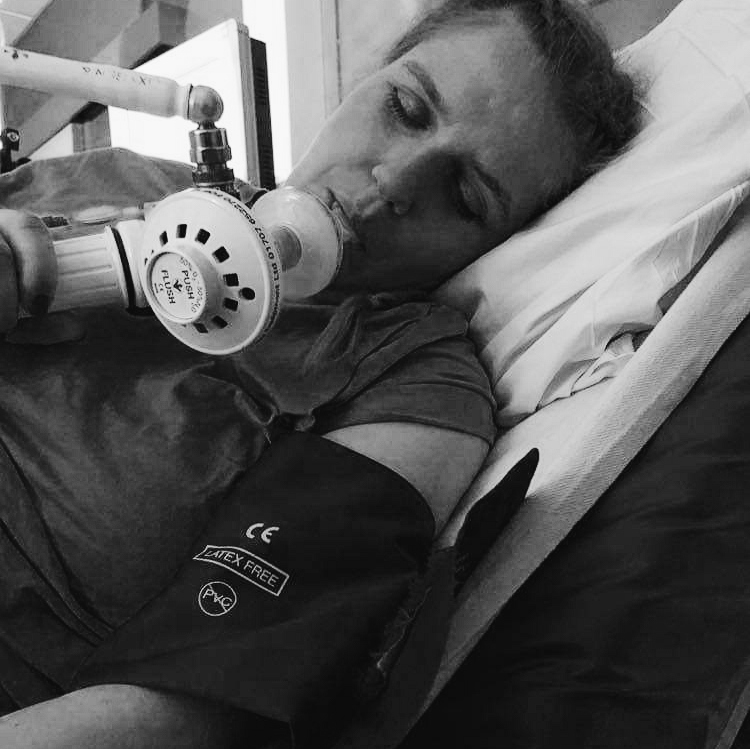 It became apparent that Oscar was also back to back so despite being ready to deliver a few hours late, they wanted to wait for an hour to see if he would turn (spoiler – he didn’t) and being told they wanted to wait another hour whilst already struggling was pretty much torture!!!

It’s quite incredible how you endure labour though and I was definitely calmer than I was with Megan’s delivery (which was the only other where I didn’t have the epidural). Finally it was time to push and with him being back to back this stage not only seemed to take for ages, but was utterly exhausting too. But oh the relief when at 2.34 am and exactly 12 hrs after my waters were broken I delivered a beautiful baby boy – hallelujah! 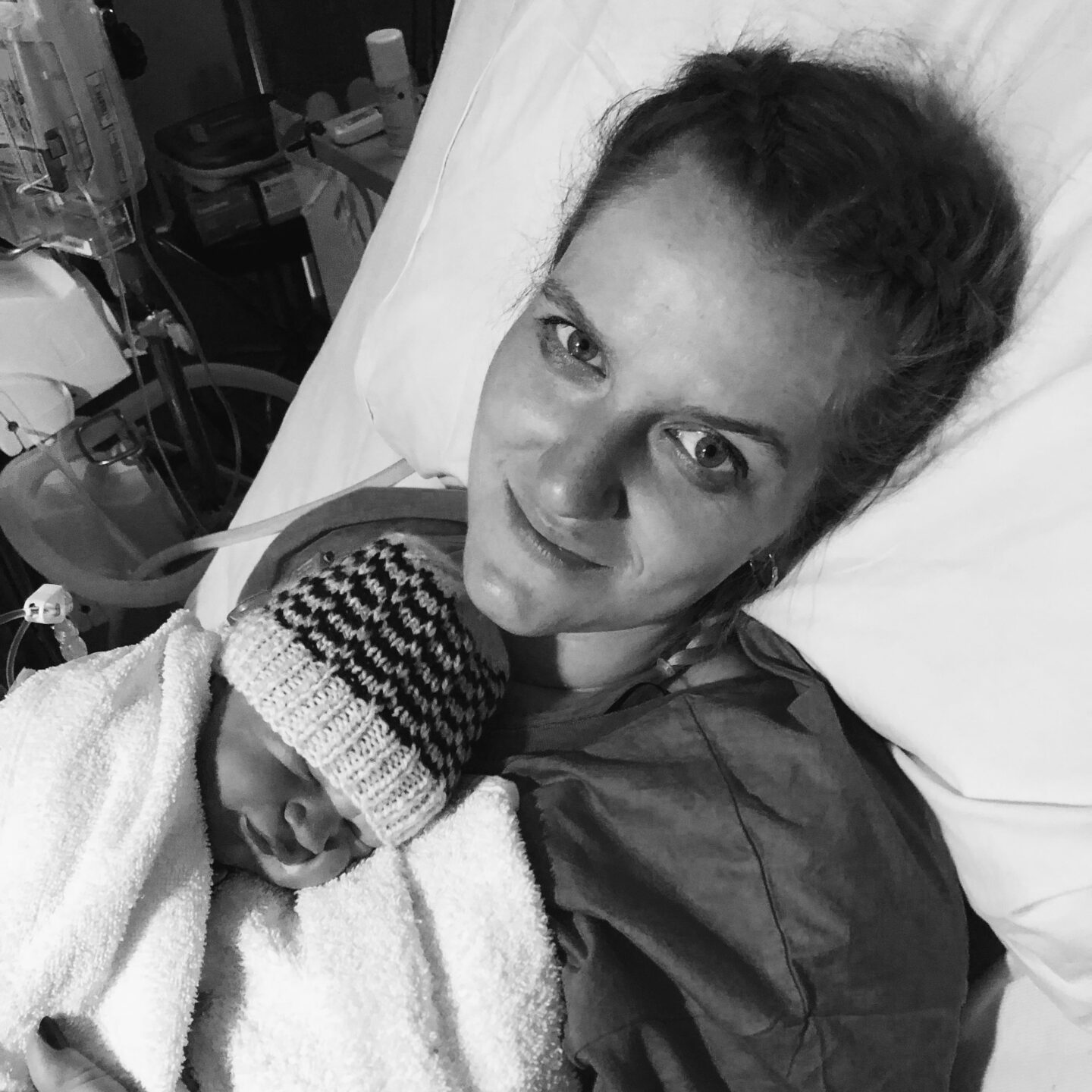 It was definitely a difficult labour; made longer by his position and I was genuinely gutted that the epidural didn’t work after I had been relying on that as my plan. I hoped my last babies birth would have been a more controlled and peaceful affair, but let’s face it – birth rarely goes to plan does it?

Afterwards I also felt so so exhausted and weak  compared to other births, so much so that I could barely lift my body or speak! I also lost quite a bit of blood/needed some stitches too but in spite of all of that I am grateful that we are both well and that Nathan was there to support me throughout – he was amazing and helped me so much. We are so delighted, in spite of a more dramatic labour than planned that we have another beautiful boy and a healthy 5th child to join the fam! It has certainly added to the fun of life.

Welcome to the world little Oscar – you are so loved and we are over joyed to have you here! 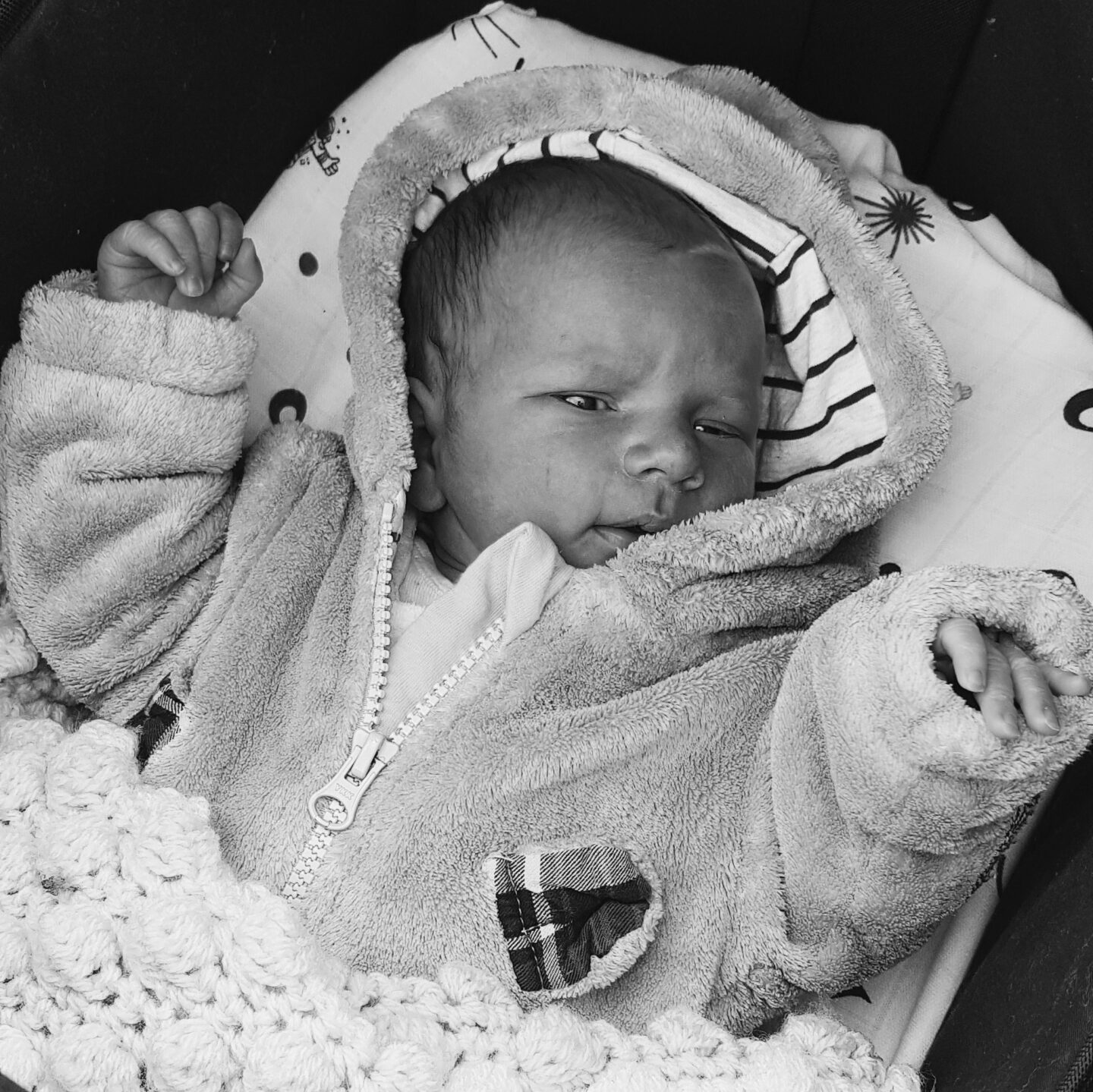 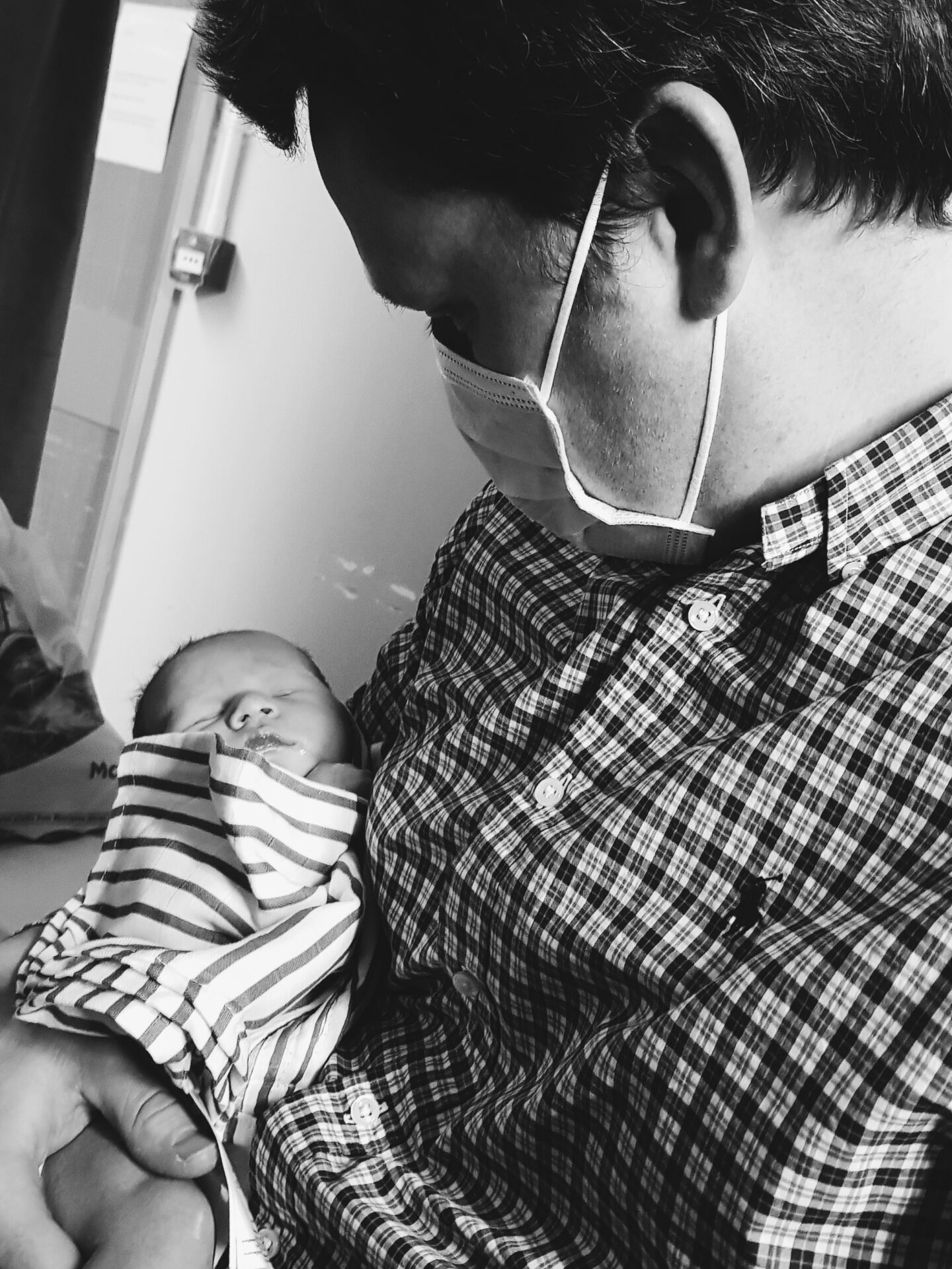 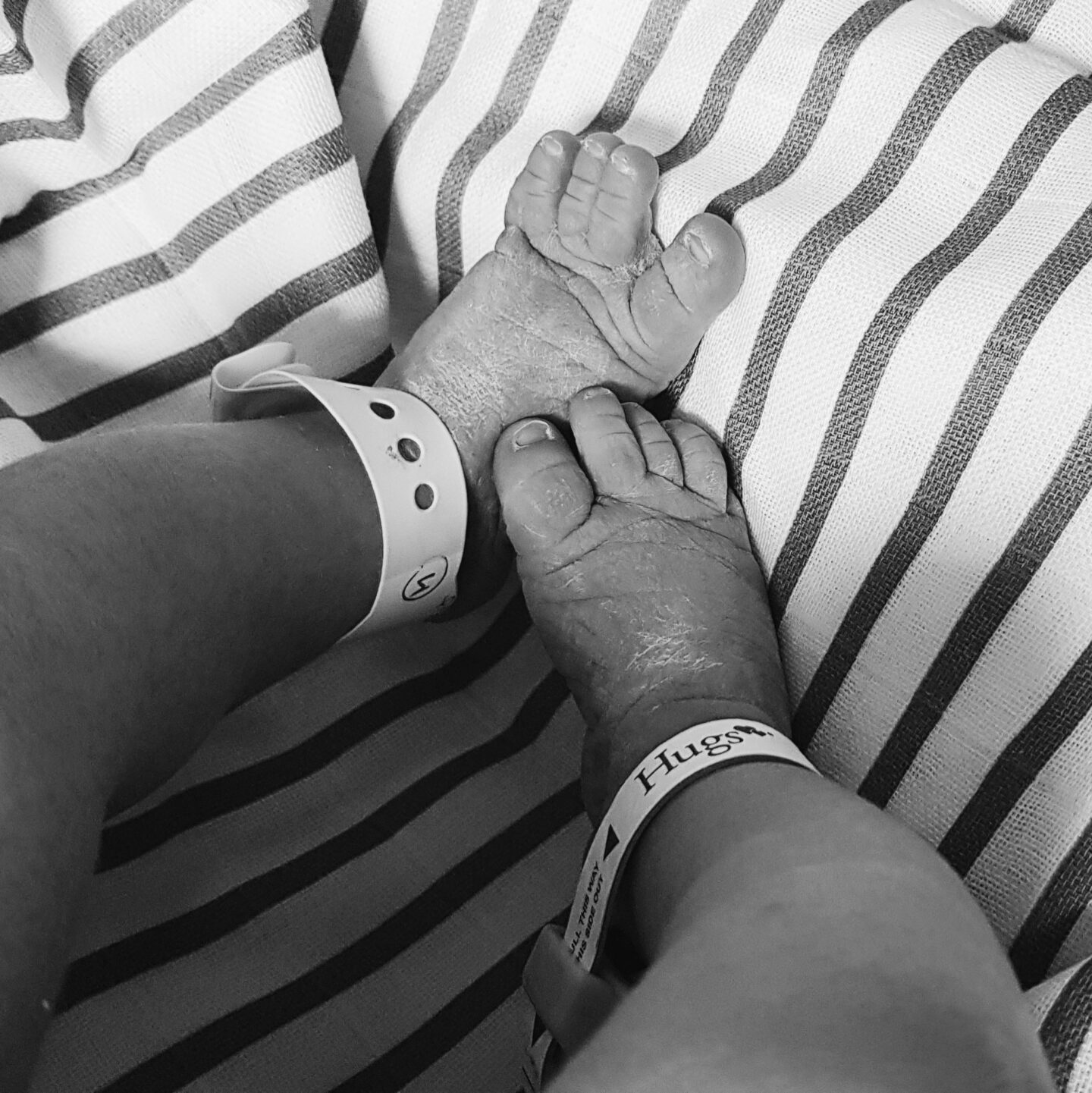 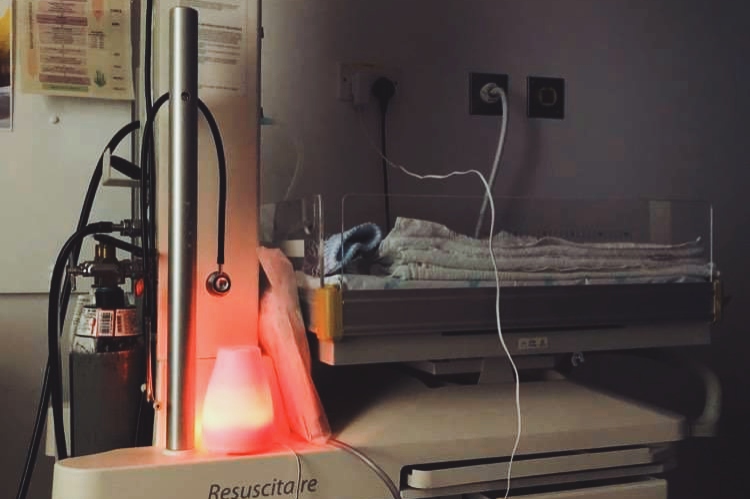