Like pretty much every other family in the UK this week, it was back to school for us on Tuesday and this year we were hitting up Years 3 & 4 at the village school and, a new starter (Alice) at the village Preschool for 2 days a week too! It is the start of a new chapter and I can hardly believe we are already at this stage. But unlike every other family in the UK an air of ambivalence hung over us as this September is a little different and marks a huge milestone missed. There are probably only a few handfuls of people that would understand that (and even then it’s too many) but whilst we love the excitement of September; with a new school year, fresh new uniforms and opportunities, we also dread it, as September holds so many memories of loss and anniversaries that mark that loss.

This September made our hearts heavy as this would have been Poppy’s year – the year we would have had her first day of school to get excited and emotional over and the year another Smith kiddo of ours joined the school. A fresh little 4 (soon to be 5) year old in reception and another “first day of school” picture to share with friends and family. But that isn’t our reality and let me tell you – It was a hell of a lot harder than I ever anticipated, to have no little sister for them to show the way…no little uniforms to melt over and no 4 year old to reassure all will be well. There wasn’t an extra book bag or PE kit at the door and there was no opportunity to meet the other mums on the first day of school as we send our little ones on this journey. I didn’t get to reacquaint with the reception teacher Megan had a couple of years ago and I didn’t get to hear about new friends, accomplishments and tales of first school dinners.

It broke my heart all over again!

Only a handful of people are aware that Poppy Quinn Smith is missing off that register in Reception, but we are acutely aware of what that missing means to life right now. It’s just mad to think about and is by far one of the hardest dates we’ve passed through in a while. 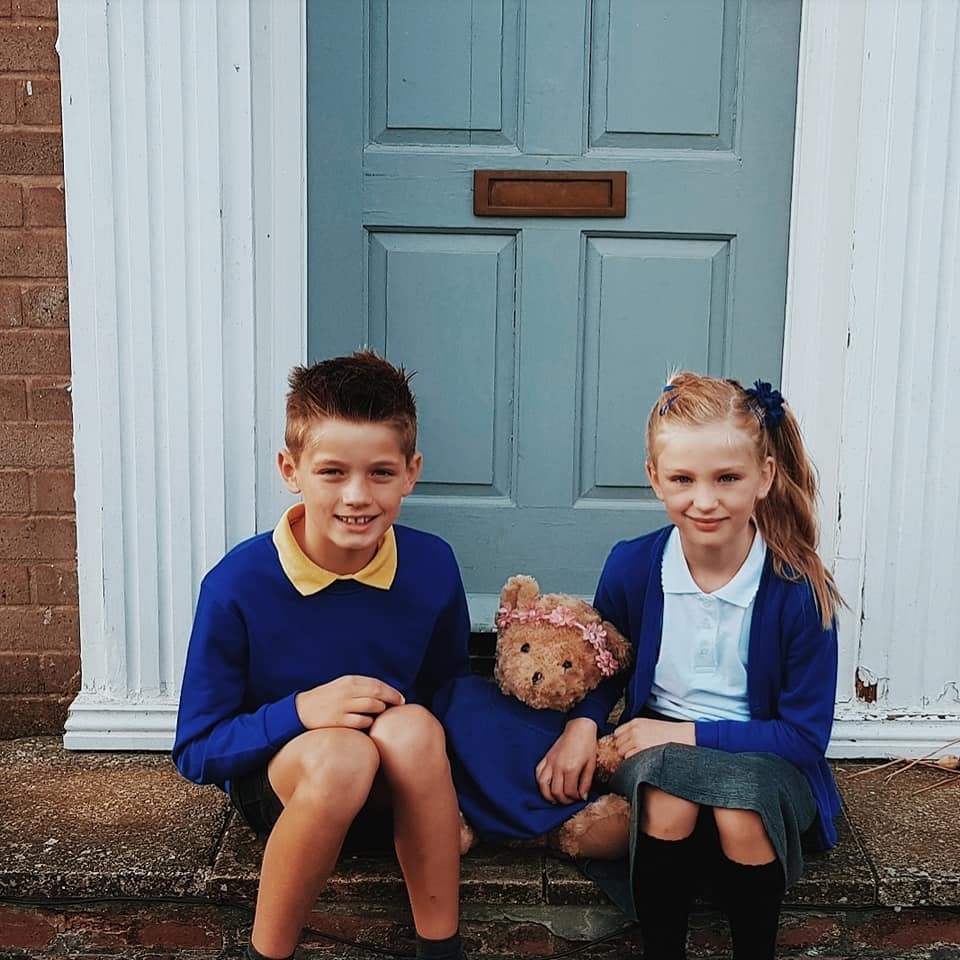 Ethan and Megan were eager to get back to school and we astonished many as we made it early, looking fresh and ready to learn! They seem to have fitted in well to the routine again, are enjoying being back learning new things and getting to know their new teachers classrooms. Megan adores her Harry Potter shoes and Ethan says he feels posh in the slip ons he chose (aren’t kids funny?).

They both did brilliantly last year and I hope they continue to grow and succeed this year too. As if they are in Years 3 & 4!! 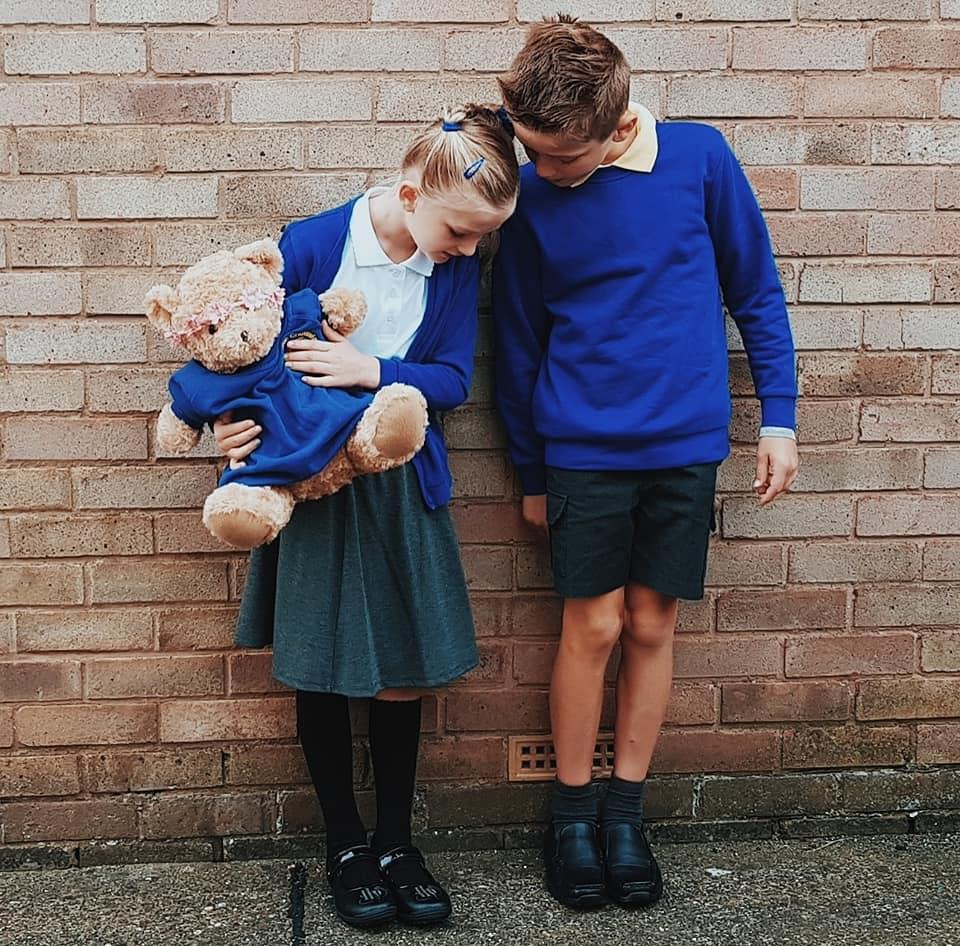 2 days after Ethan and Megan returned to school, excitement and trepidation all started up again as Alice put on her first little uniform to start Preschool! It is in the same place she attended playgroup for a term before Summer and so there was some familiarity with staff and other kids for her, but even so, this felt mega for us both! She was a little anxious but went in confidently and looked adorable in her little uniform with me beside her telling her how much fun she was in for! When I picked her up she had loved it (such a relief) and seems okay about going next week (time will tell with that one).

Alice starting preschool the same week as this milestone of Poppy missing starting school, almost felt too much to bare. Being the week before her anniversaries too, it has left me drained emotionally and I suppose propelled me into a season of grief I have fought so hard to avoid!

Of course I was super excited for Alices new learning opportunities, deepened friendships, her independence and adventures she would encounter as a preschooler but, I also felt really sad that it was the end of an era with kids at home full time. I also couldn’t help but be reminded I had missed all of this last year with her sister.

I should have been an old timer like some of the other mums, but instead I was newbie – unsure of the protocol at this preschool!

I should have been able to have Poppy reassure her and tell her how brilliant it was.

I stood there on my lonesome, somewhat shocked that after so many years I was on my own again – at least for a couple of days a week. And somewhat excited that I had 2 days a week to myself with peace and freedom…it was all a bit weird!

There have been so many conflicting thoughts that have raced around my mind this week and this back to school season has certainly brought more than I anticipated. My heart has ached more than it has in ages, whilst I have also been super excited for their new adventures in education.  I have had to once again drag myself to do things, whilst also been keen to hear how they are finding their new classes and teachers.

This September is certainly a massive change in our family, and one that has been a significant reminder of what life after loss means going forward. We have talked about how next year would have meant 4 Smith kids in the school together and how mint that would have been for them all (not so much for the school i’m sure), but for reasons unknown that isn’t going to be. And, whilst it completely sucks and feels really unfair, we will adjust as best we can to this new chapter of all 3 in school and me with more freedom. We will remember once again their sister in heaven and what could have been, whilst we embrace the good times, the parties, the achievements, the friendships, school plays and progress as they work towards their dreams and goals!

Ethan: Wants to work in technical theatre (light & sound) or be a builder

Megan: Wants to be a marine biologist / Zookeeper

Alice: Wants to be Alice when she grows up (and do painting!) 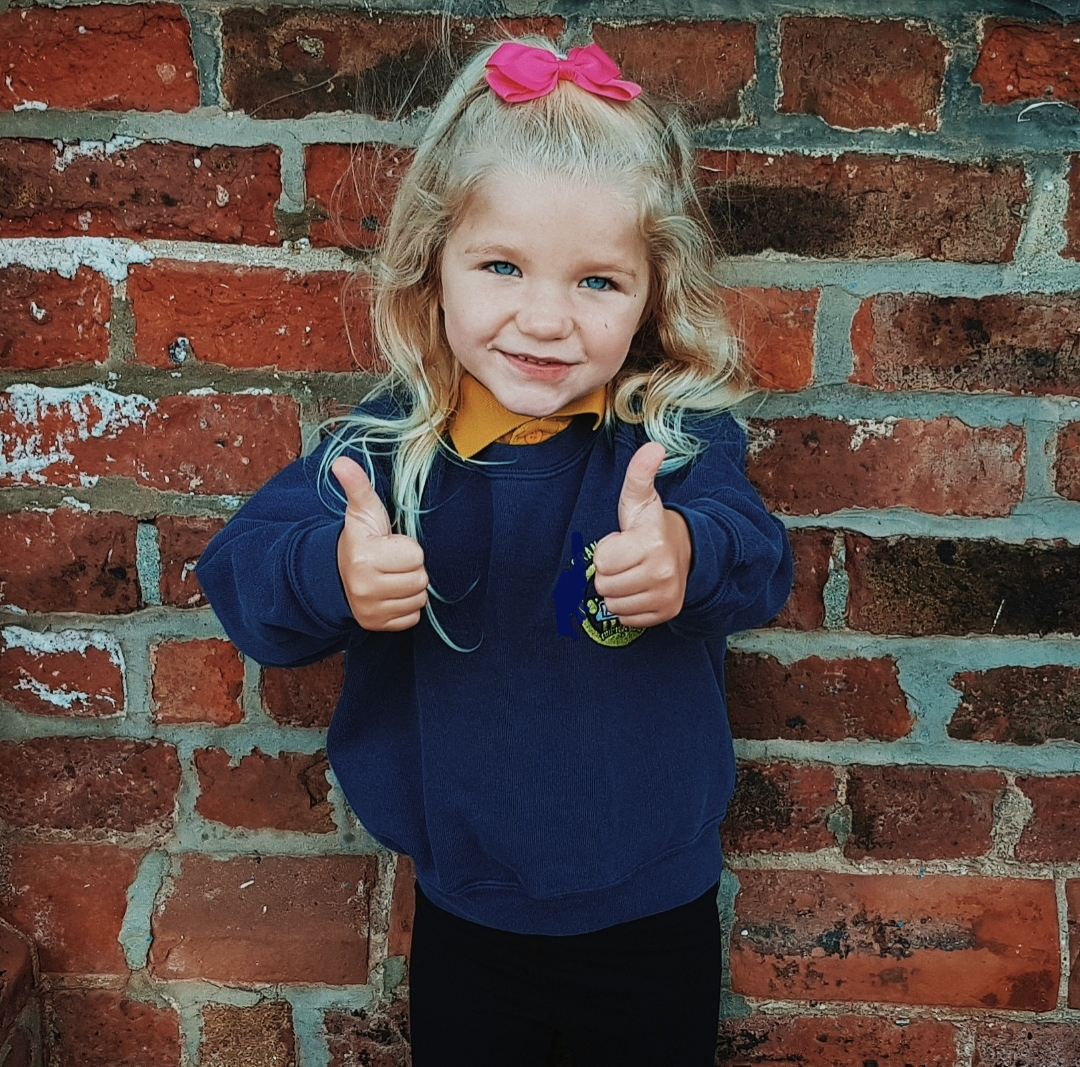 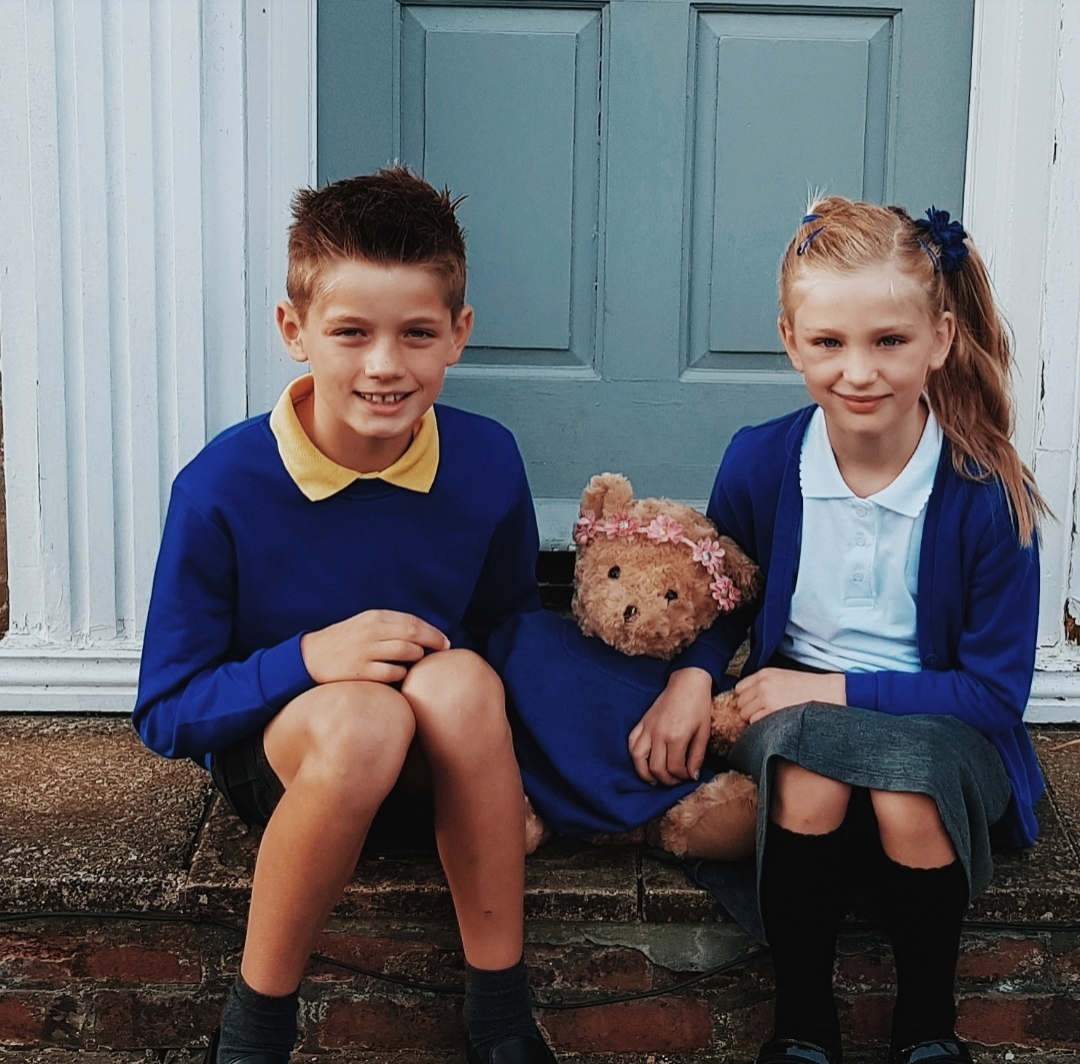 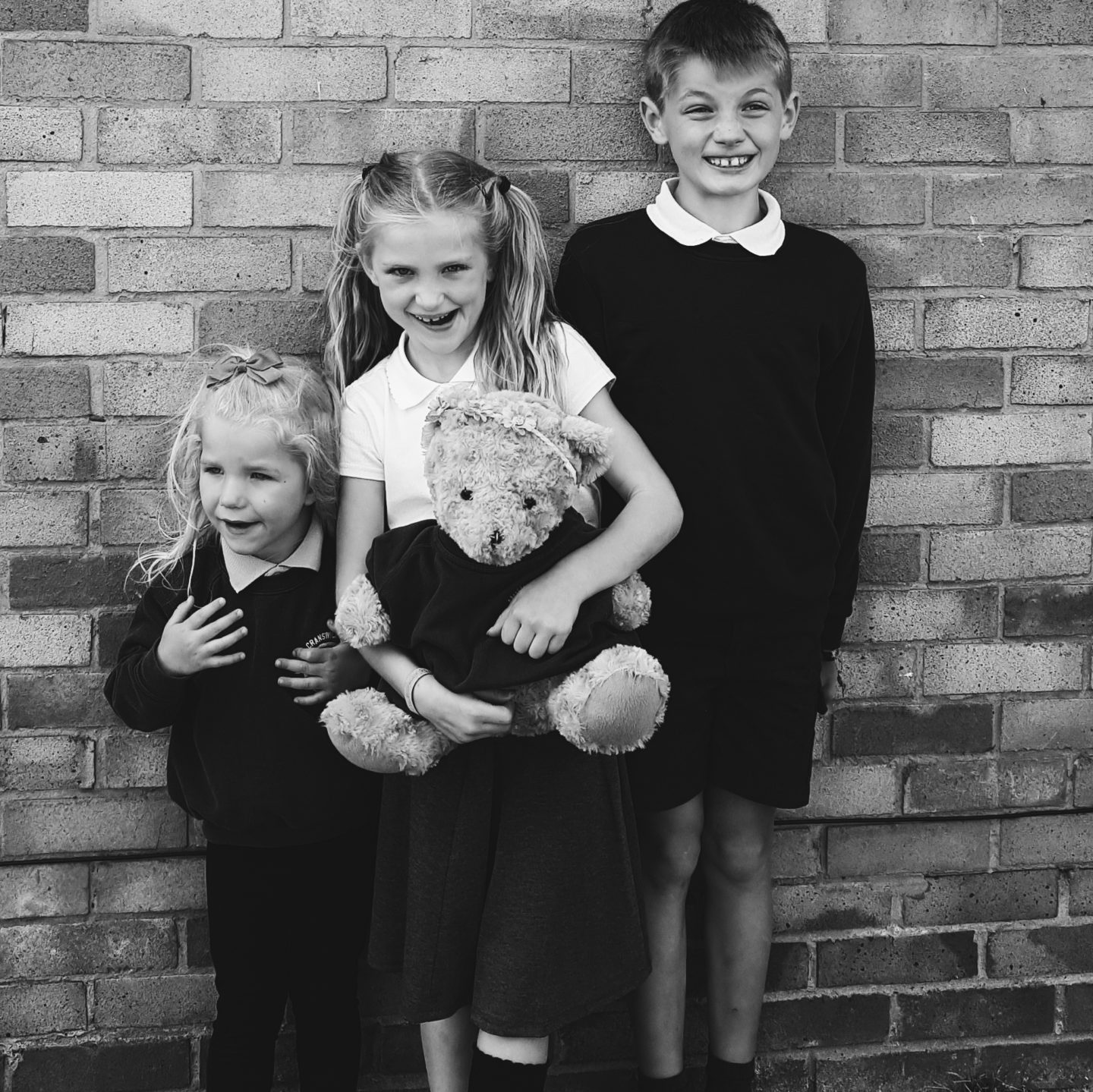