A few weeks ago, and all by chance really, Ethan did a spot of modelling for a university fashion student. It was a really chilled (and interesting) night, and he had a lot of fun doing it. I was impressed at how well he listened and followed her instructions, and then how cool the pics were (to say they were taken in student digs).

The girl doing it was really pro and arty, and had set up a little studio in her lounge – she was just lovely and it was great that she asked to use Ethan. I love the shots she did of our cheeky little boy. 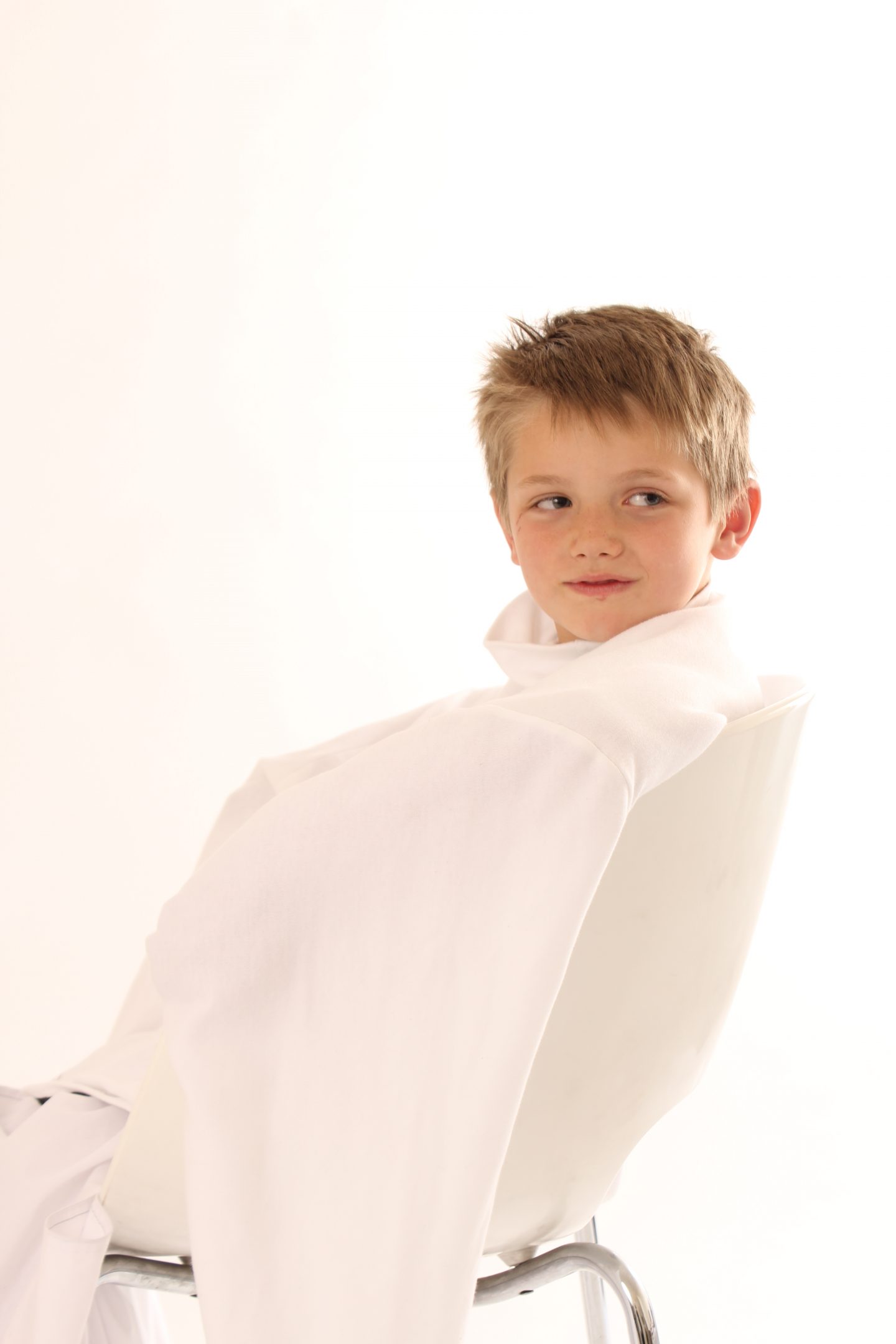 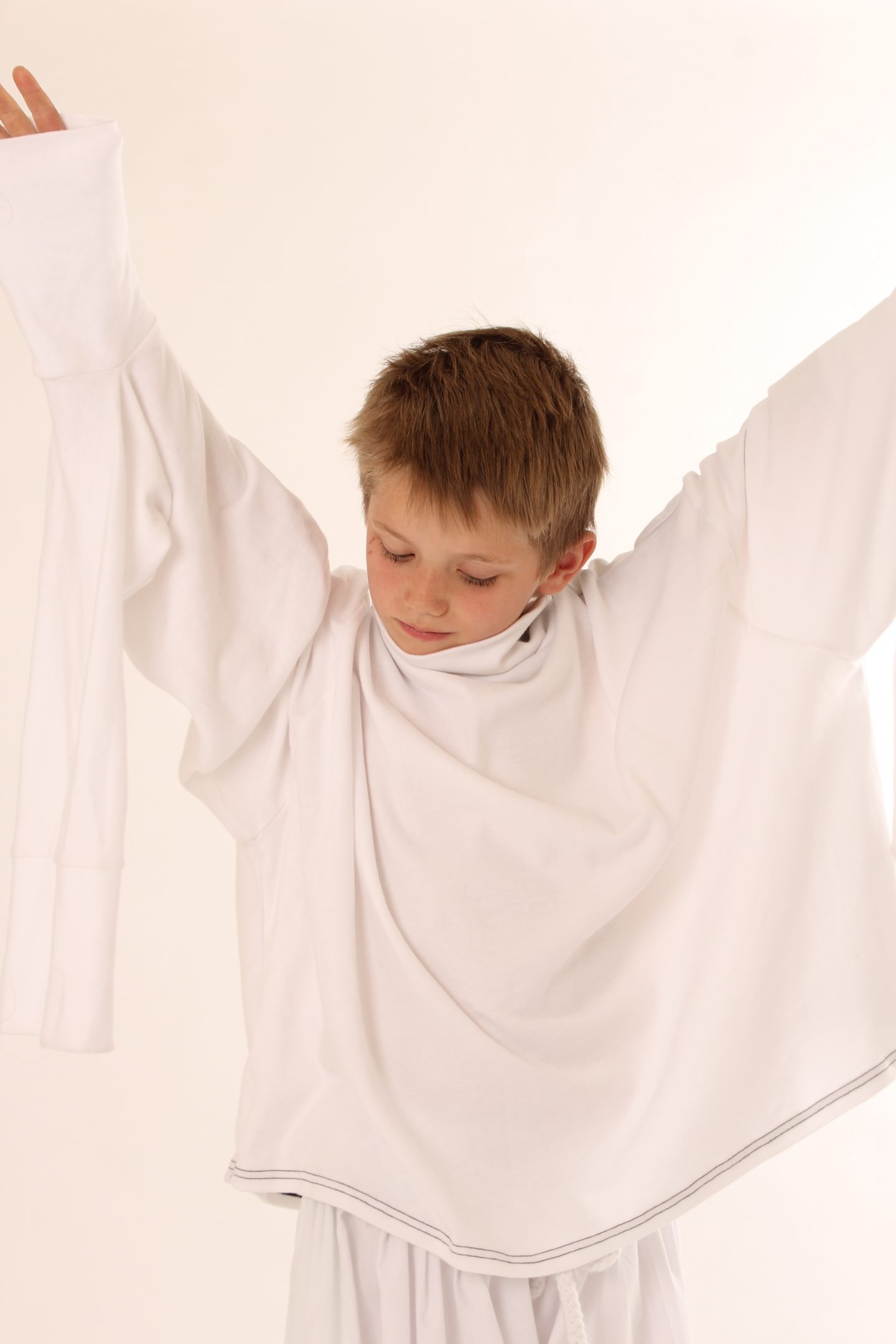 As I say it was all by chance, and came at the request of one of his Aunts! She has just completed her final year of a fashion degree and one of her friends wanted to photograph the pureness of childhood as part of her final project. She, on the off chance, asked if anyone knew of any young boys that would fit the bill, and so auntie suggested our little E.

I was happy to help them out, and with the offer of some free chocolate, so was he!

The whole shoot, from garment to backdrop and props were white and he really did look rather angelic. It was reflective of how man starts off pure and white and through life (and other garments she made) she told the story of change. He looked super cute and afterwards said it was a lot of fun and that he especially enjoyed all of the lights on set (and the bags of chocolate she gave his as a “Thank you”!). The shoot, along with her others, were exhibited last Friday night in Leeds for her project called “The Colour of Man”. 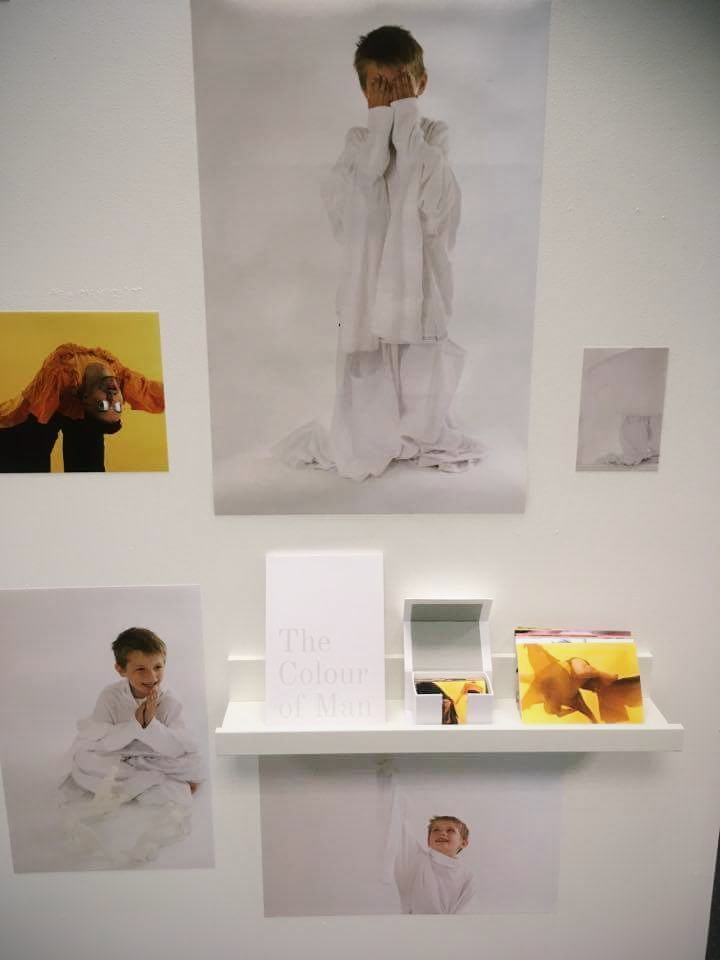 I wanted to share this small moment, and some of the pics to remember the day that little E looked so cute when he did a spot of modelling… 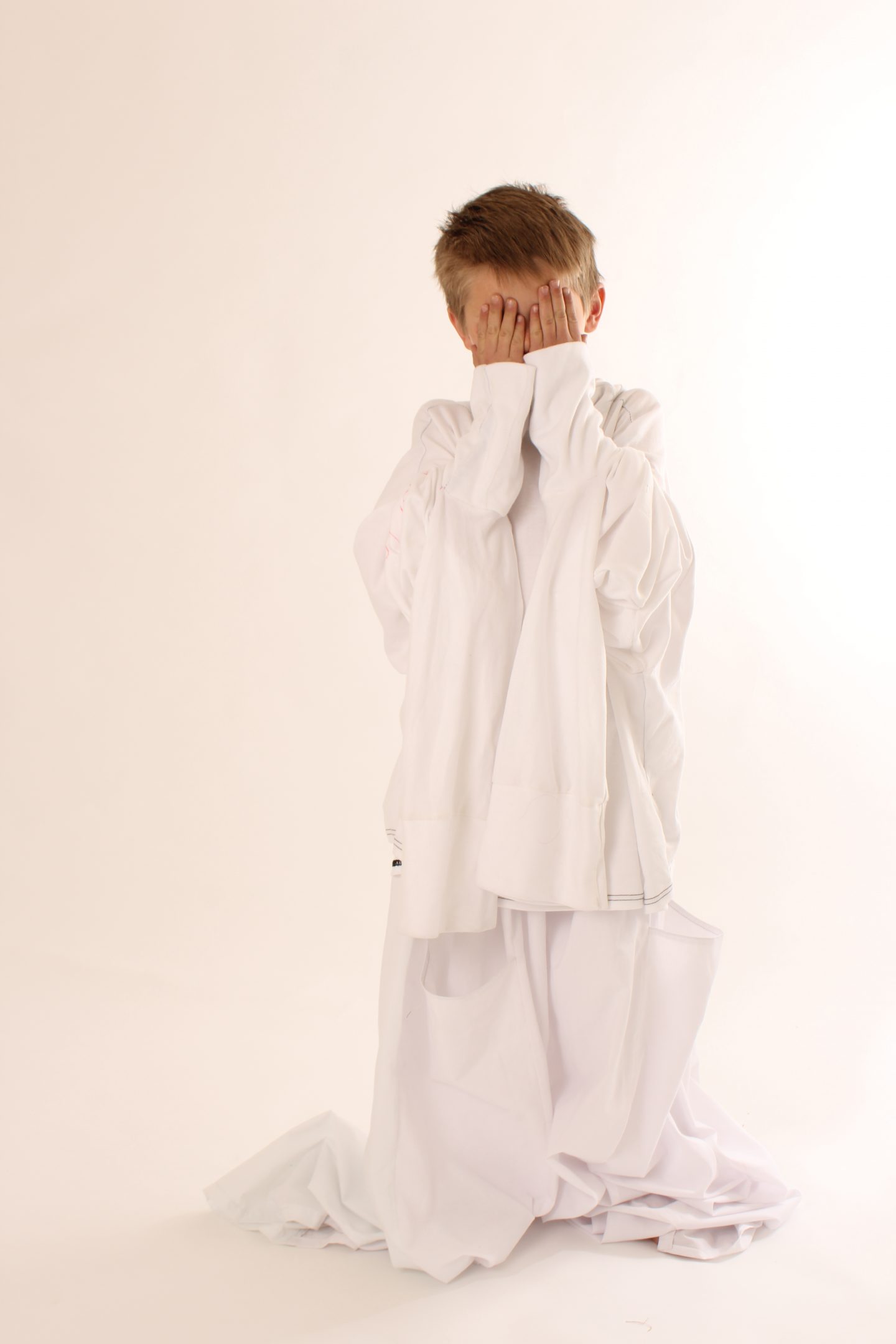 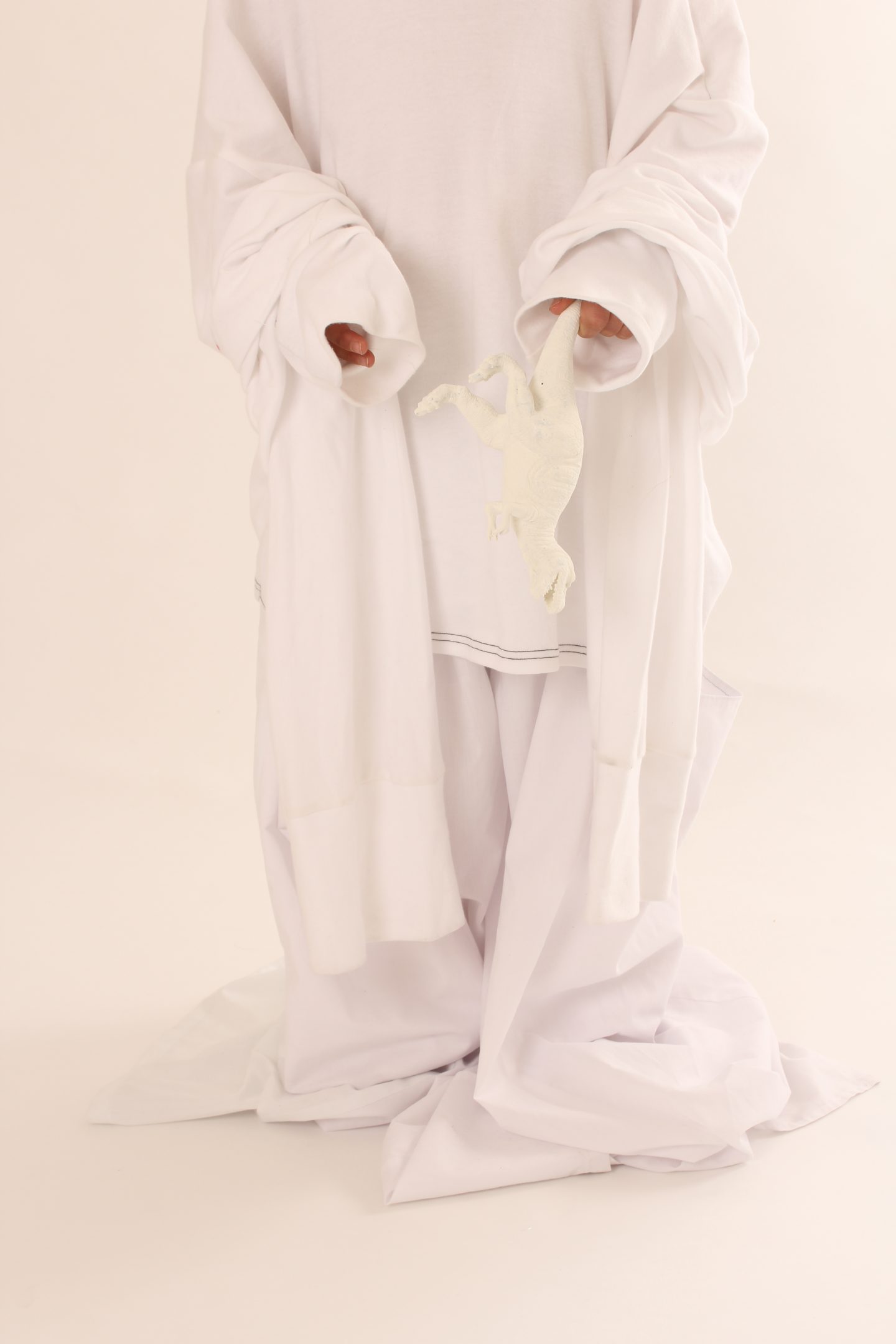 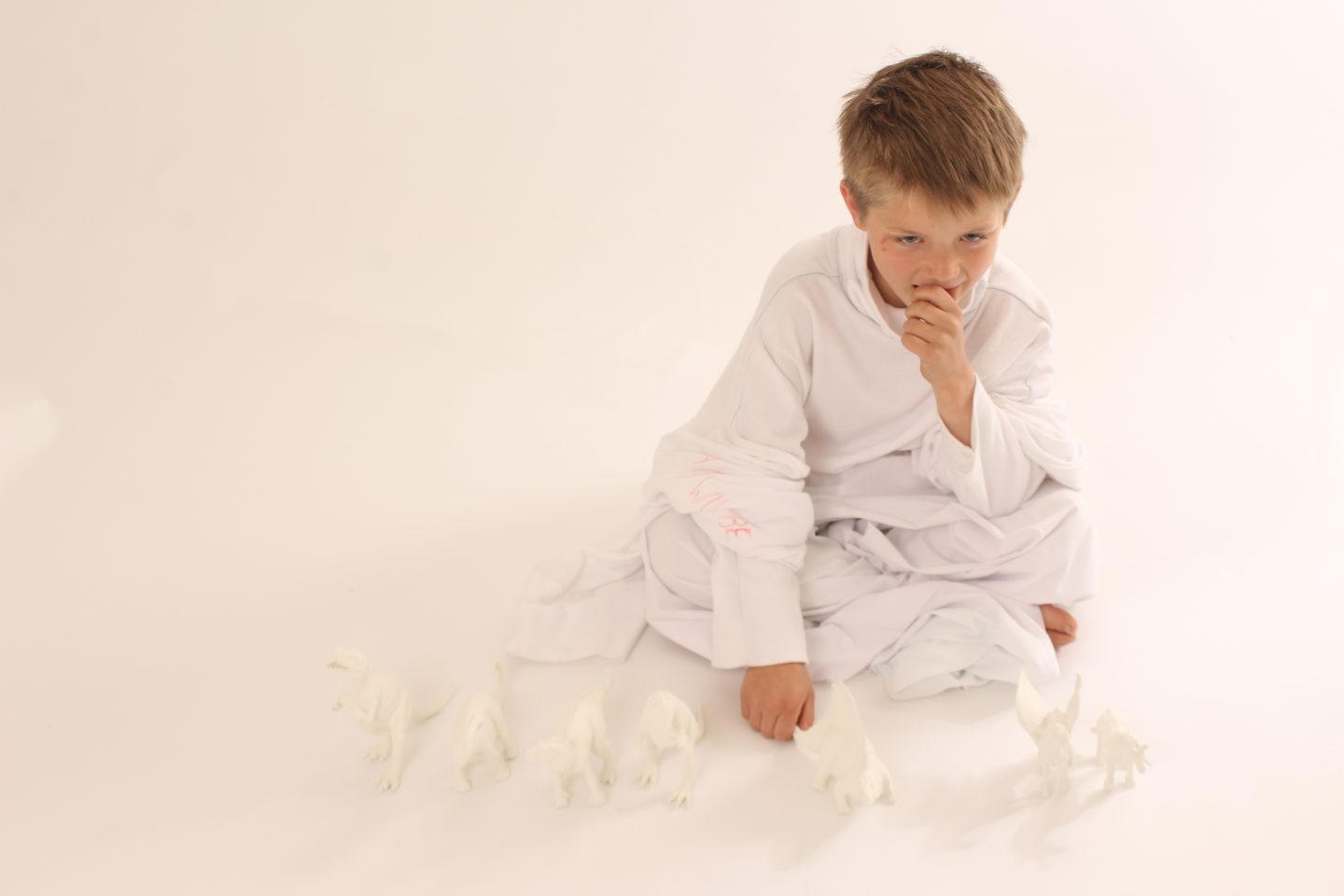 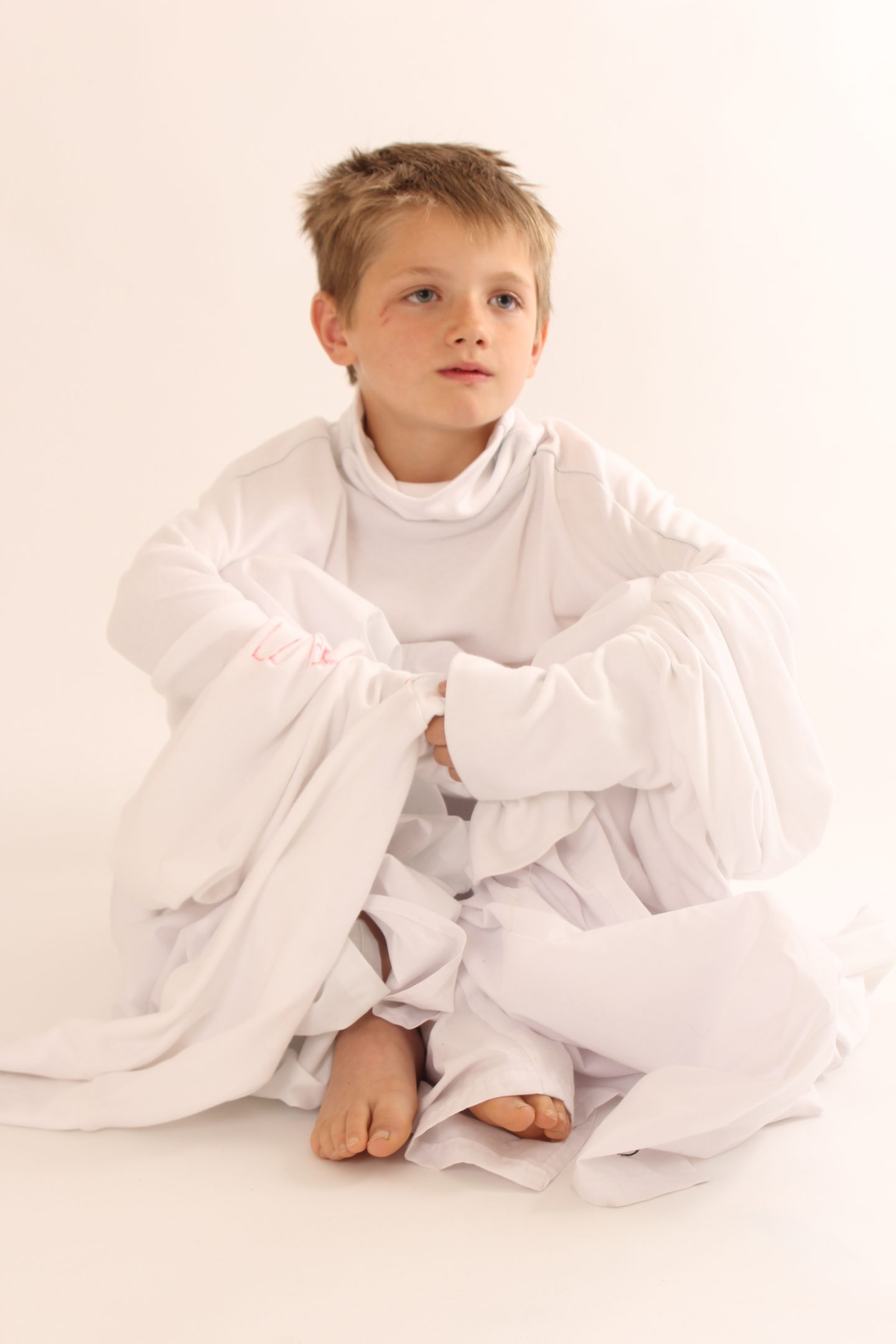 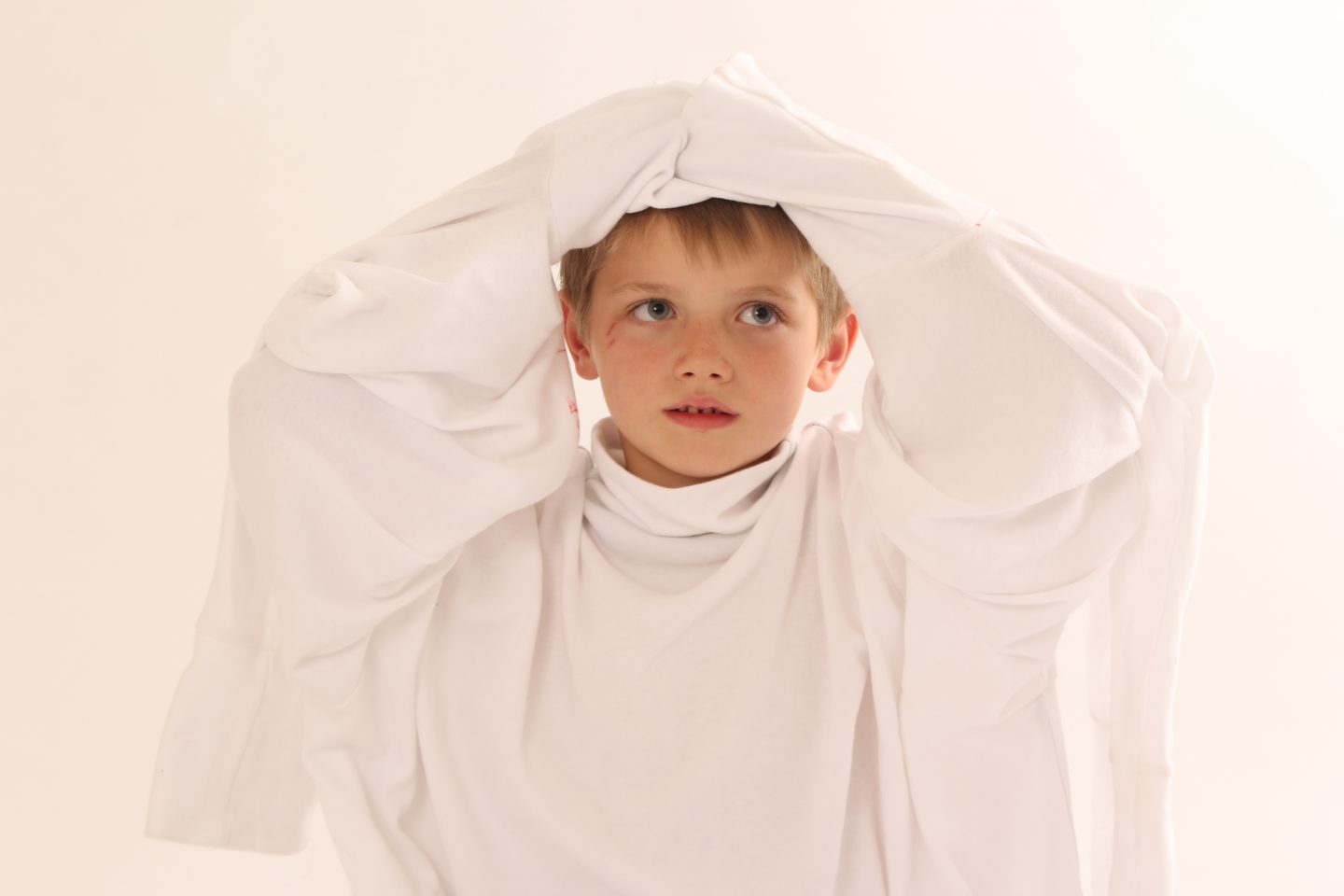 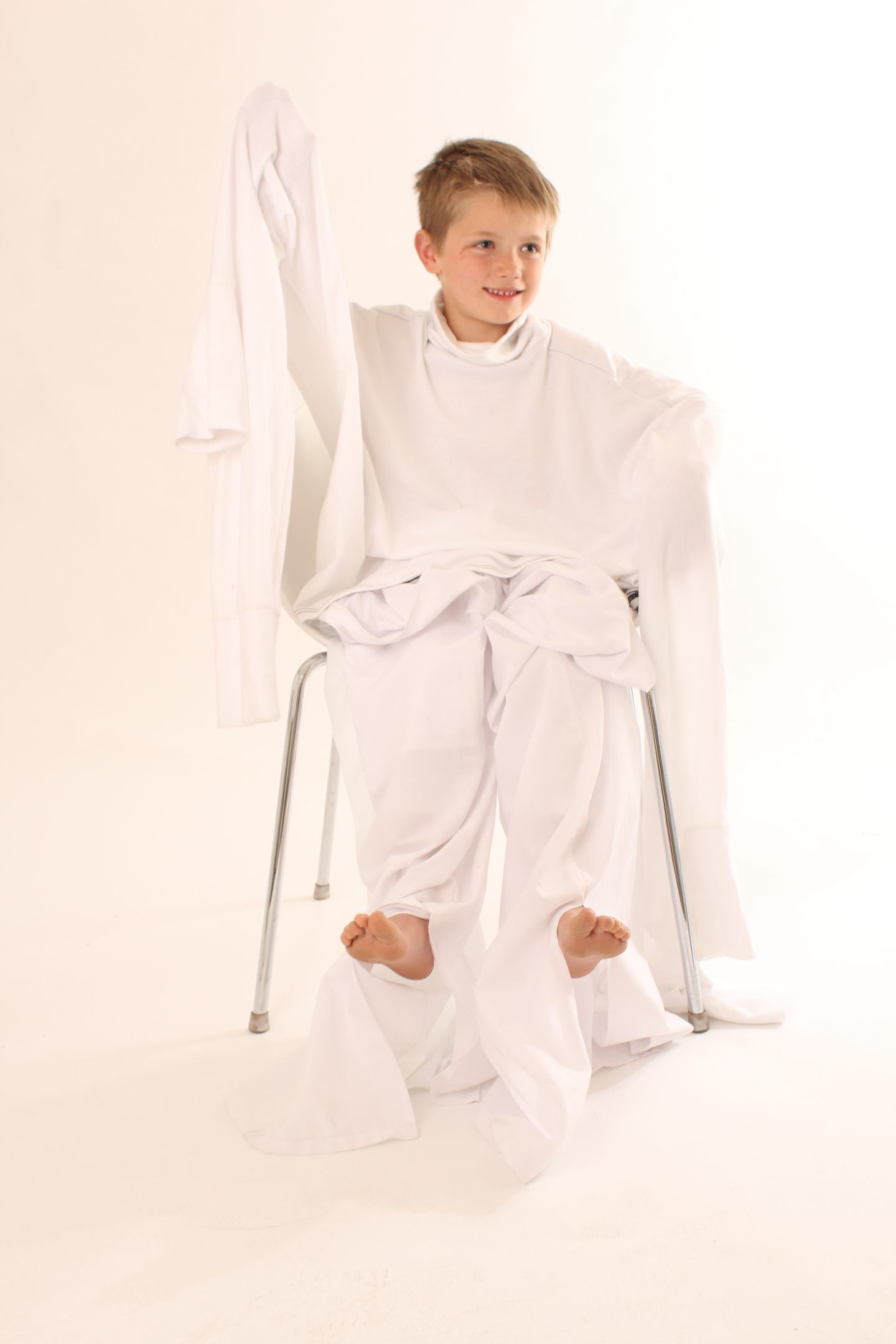 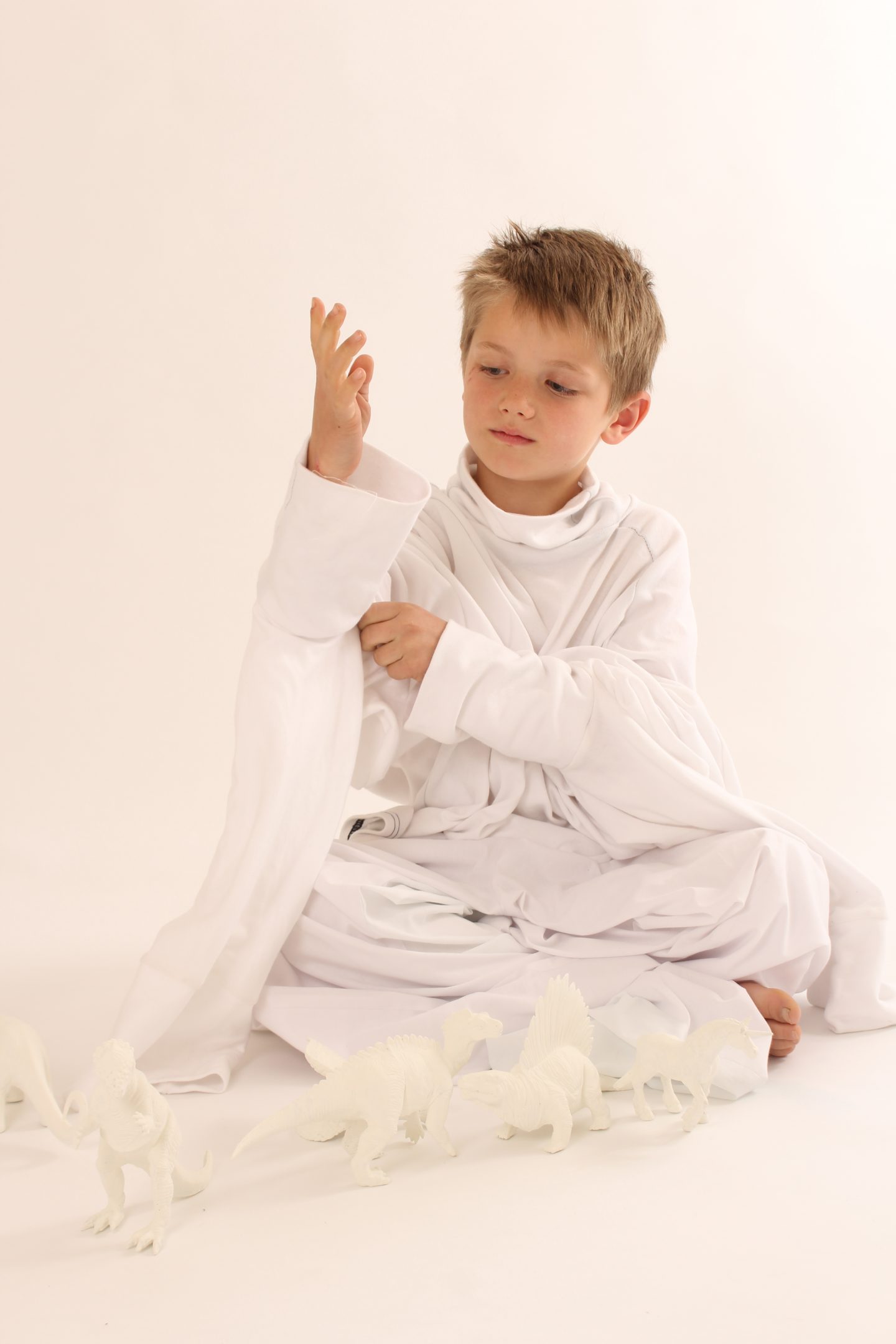 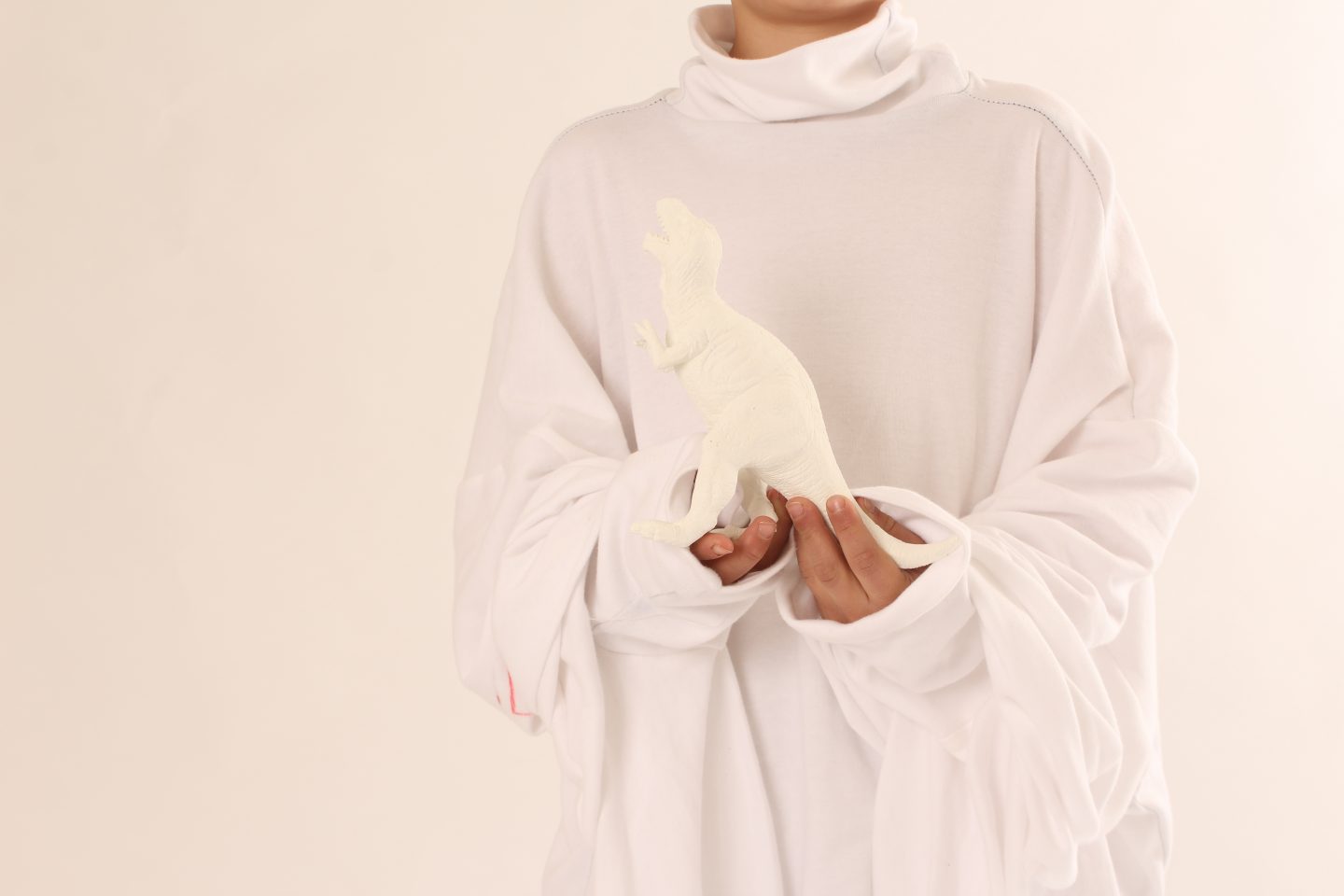 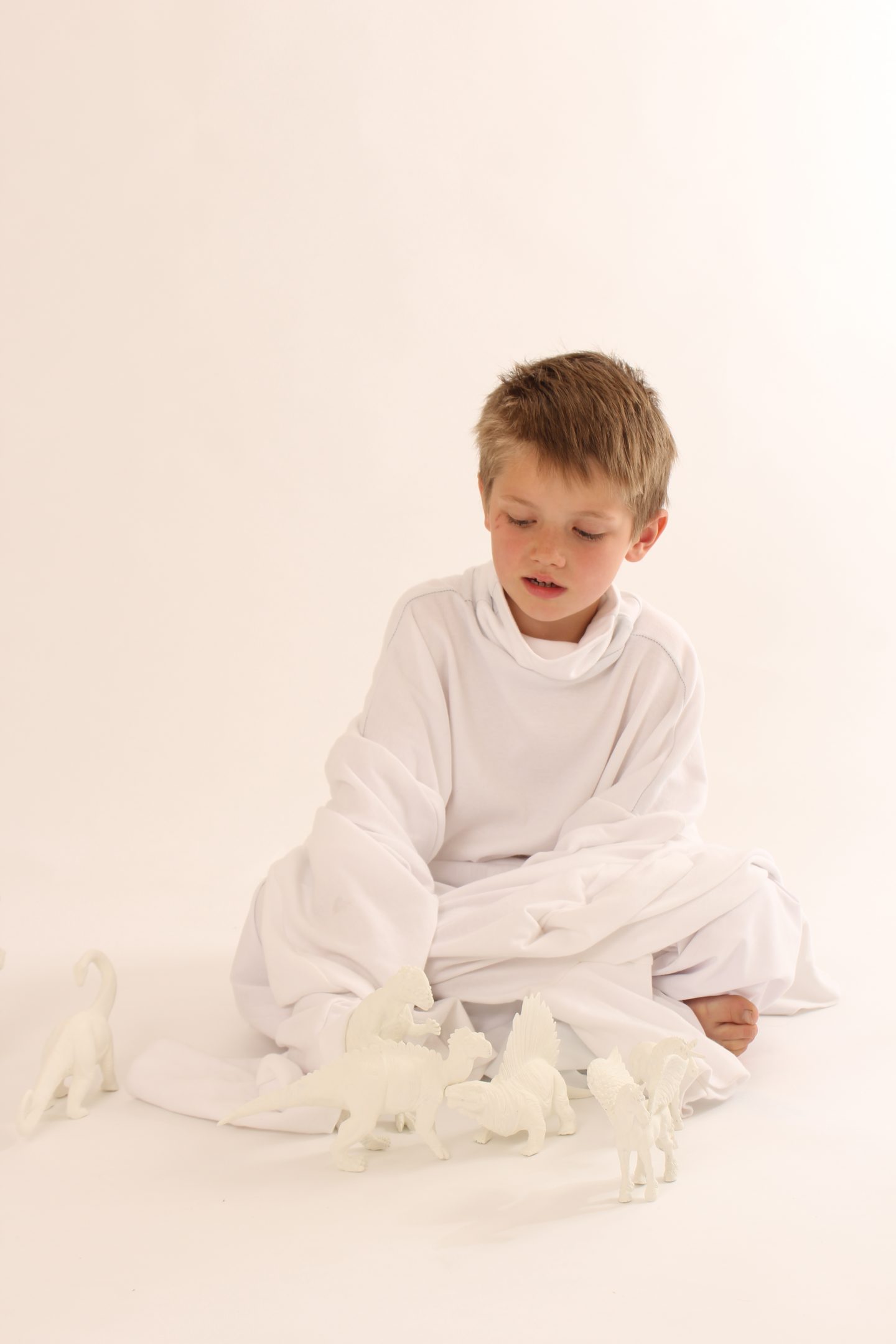 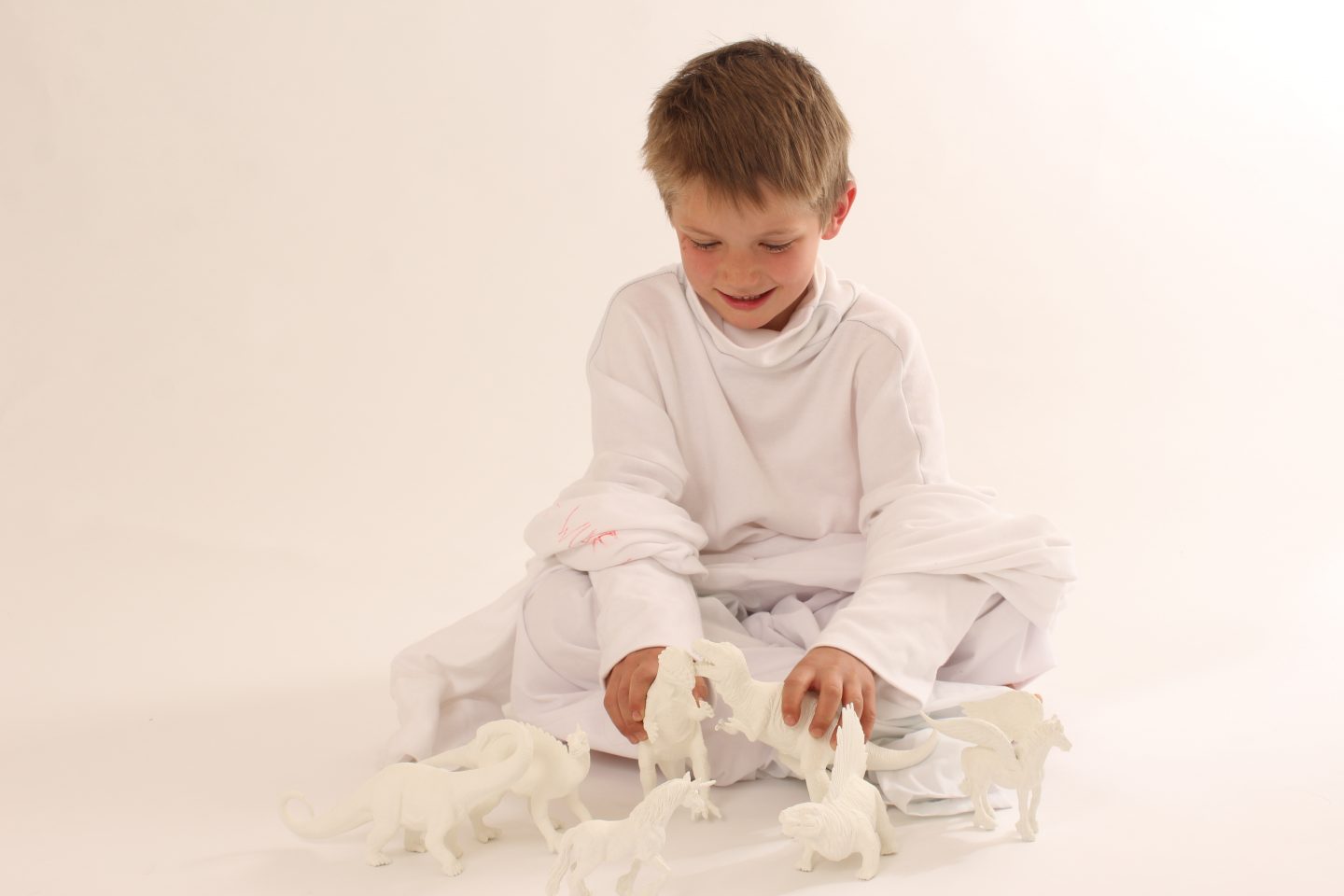