Late Monday night of October half term, we were sat discussing how we might spend the rest of the week as a family. We threw around ideas from visiting family, to swimming, farms and dreaded soft plays! Ultimately though, it came down to the fact that we wanted to get away for a few days and have a little adventure together…I remembered in this moment that you could get to Amsterdam pretty cheap from Newcastle on a mini cruise (about £45pp) and so we looked into that. Within half an hour we were like a pair of giddy kids, as we had booked a mini cruise to Amsterdam with DFDS ferries for the five of us – to leave the next day – for only £120!

We were so excited at our spontaneity, fabulous bargain and the prospect of surprising the kids!

The next day was a bit nuts as I was frantically scratting around to pack a bag for a couple of days without the kids noticing, and then we grabbed some supplies from Lidl as we left! It took us a good couple of hours or so to get up to Newcastle (with a stop at Burger King on the way for tea – priorities!) and, with a small bag packed in the boot, the kids had absolutely no idea what was in store – I couldn’t wait to tell them.

Their shock, doubt, surprise and then sheer excitement when we arrived at the port and revealed what was in store over the next few days was so worth it! They spent the first 15 minutes thinking that we were joking with them, but it soon became reality when we handed the passports over at check in… and then the real excitement and amazement kicked in that they would be sleeping on boat – it was so great.

The ferry departed at 5.30pm, due to arrive in Ijmuiden the next morning around 9am, where a bus would take us into Amsterdam for the day. 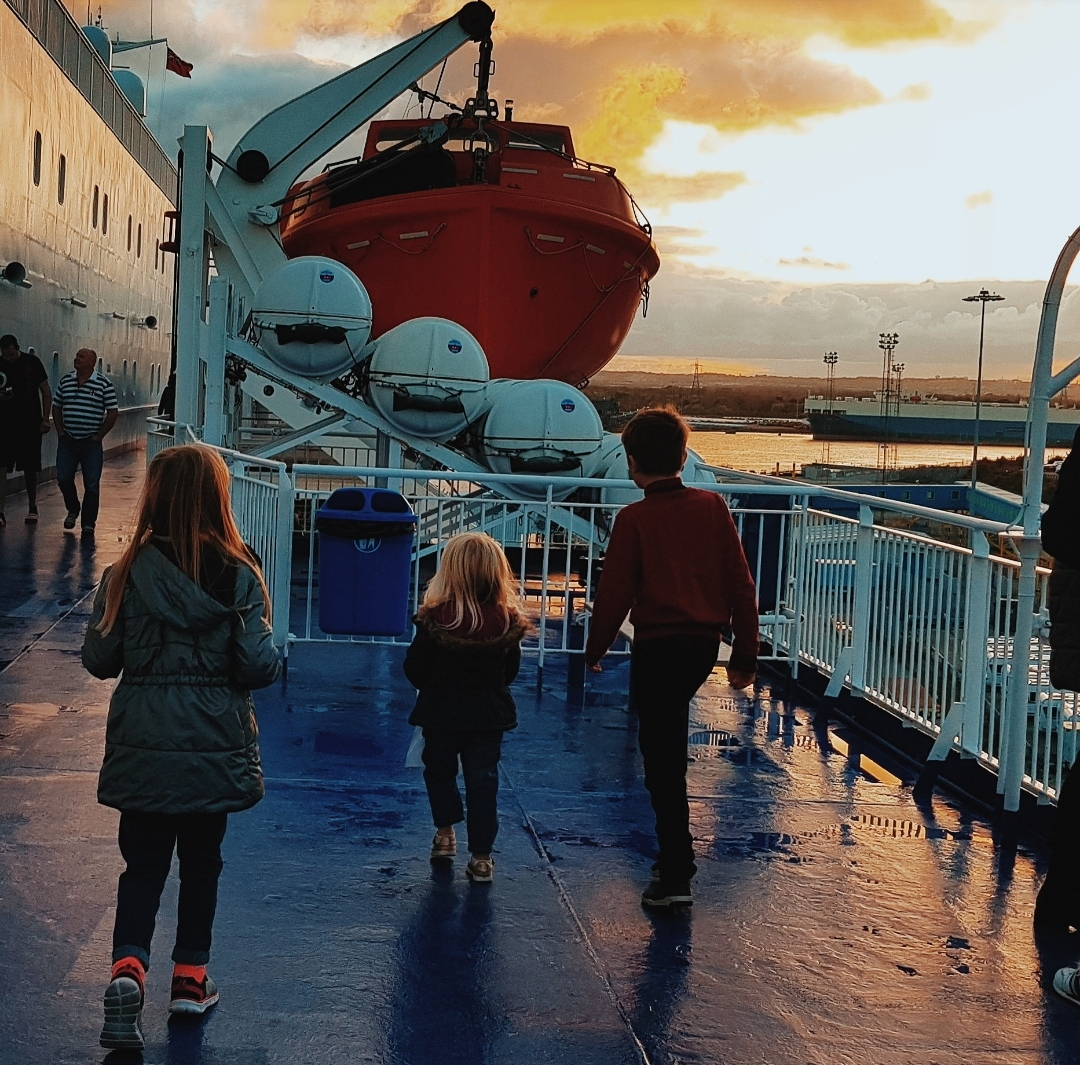 On the outward journey we had a cabin with sea views and it was a lot of fun (albeit exhausting too to share with all 3 kids). This was most definitely the highlight for the kids though – sleeping on a boat. The cabin was adequate, clean and comfortable for us all.

DFDS ferries are well equipped for all ages, and the kids spent a lot of the journey thoroughly enjoying themselves and playing away building lego, sliding in the mini soft play and having their faces painted too for Halloween. Nathan and I enjoyed wandering the ferry with them and looking out at sea, talking about where we were, spotting ships and generally just excited to be having a break as a little family. We ate a picnic tea that we had previously bought and then wound up in bed somewhere around 8.30pm. 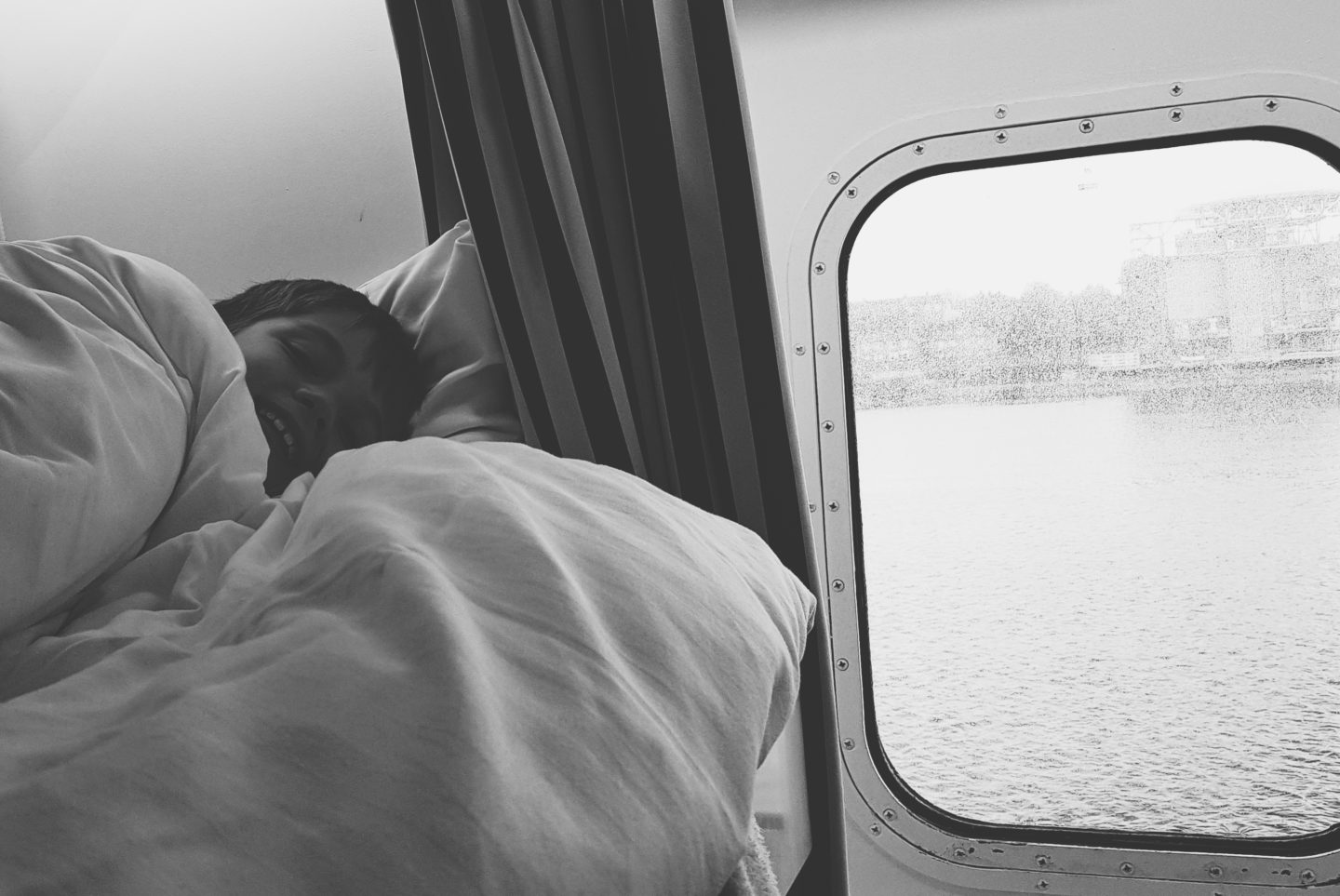 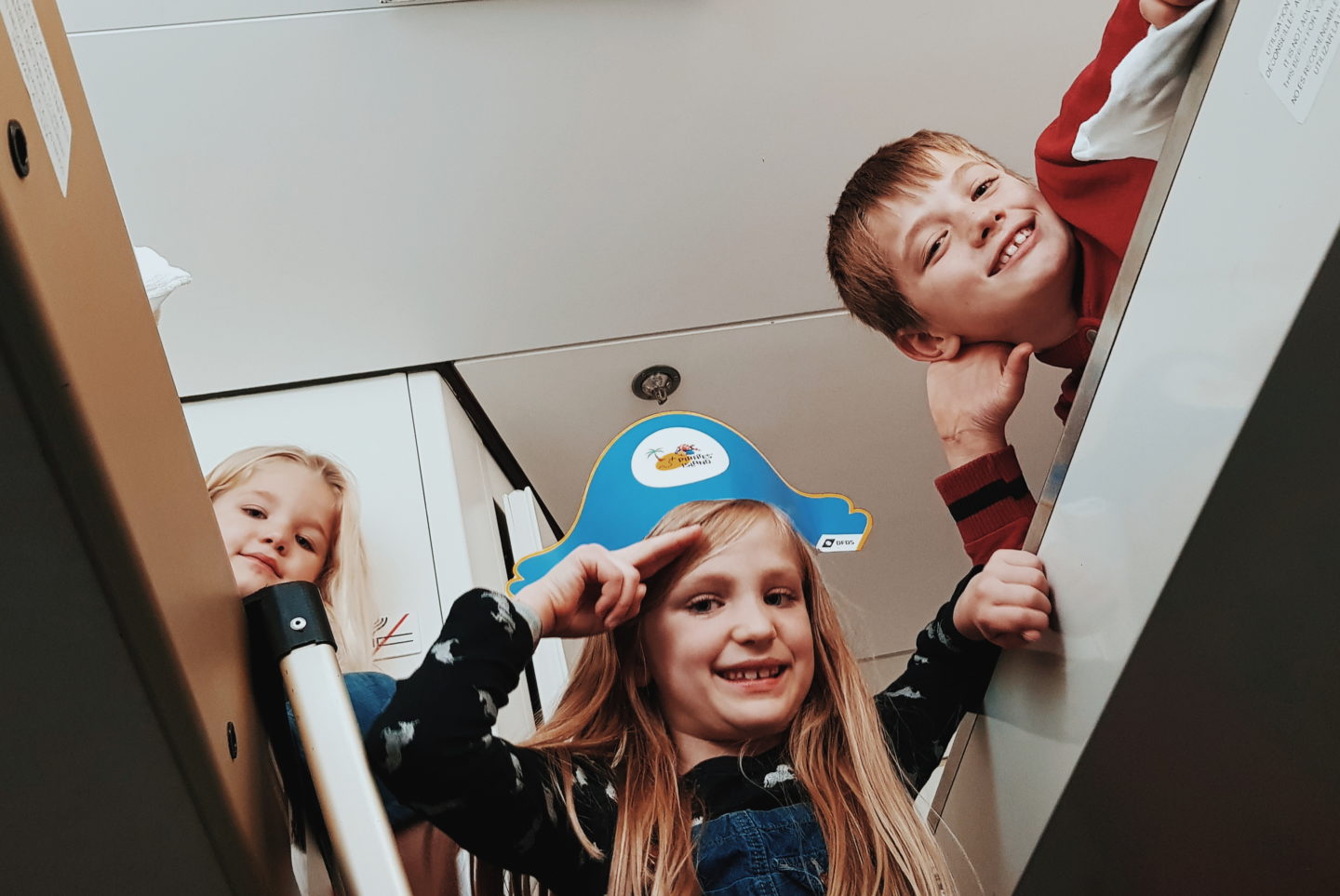 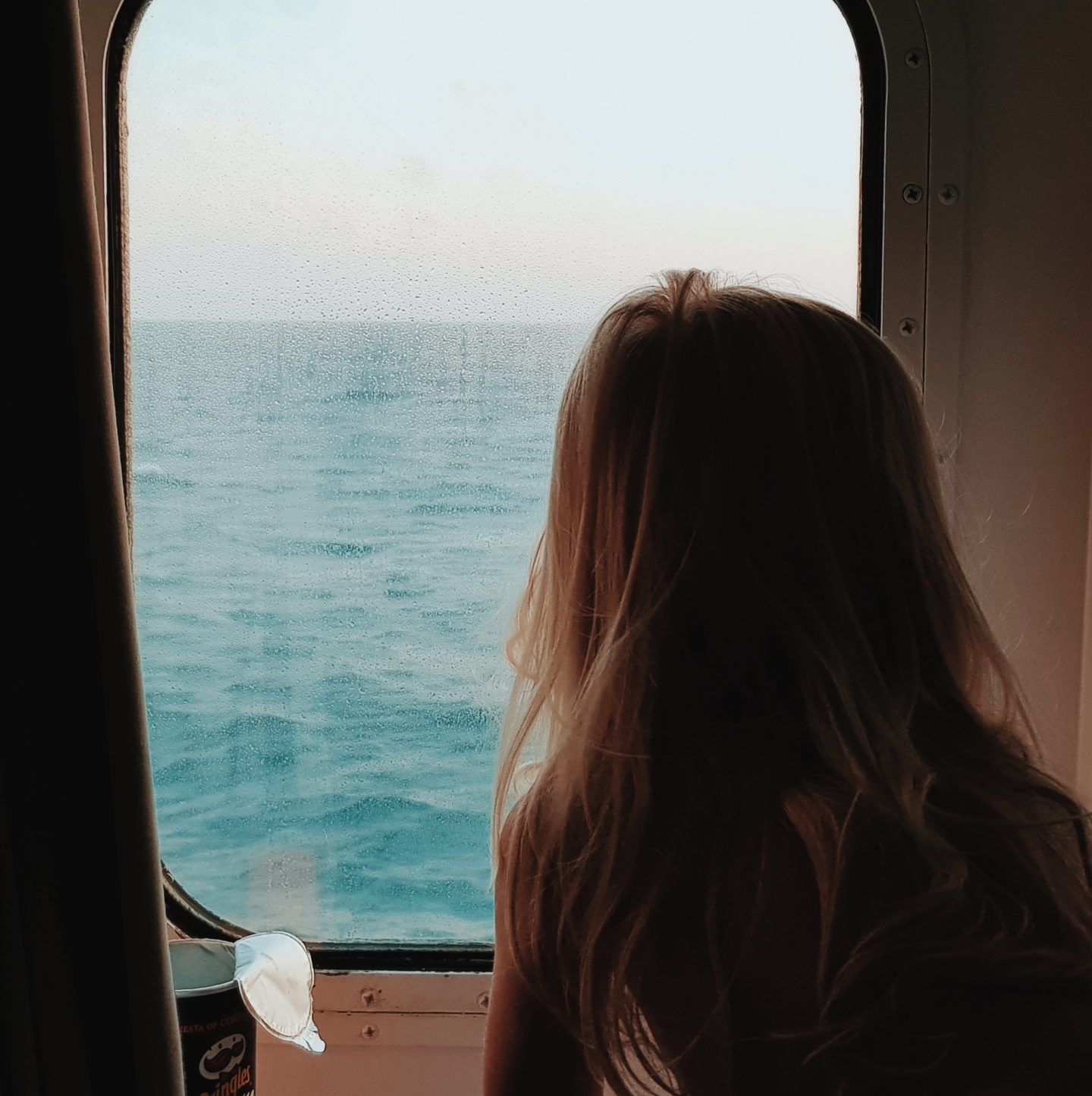 A Day in Amsterdam

Of course with only a day in Amsterdam, you cannot possibly see all it has to offer and nor did we expect to either. Rather we just wanted to have a fun family day out as if we would if we were in Hull, York or another local city here – sampling tasty foods, looking at lovely and unique sites and generally exploring.

Amsterdam has a zoo, magnificent science museum (which we want to go back to and explore), wax works and several World War 2 things too, as well as boat rides – it certainly has plenty to occupy all interests and a full day for all ages. We decided on our journey over though, that we wanted to just wander and were keen to see Anne Frank’s house first too. Unfortunately though I hadn’t researched this, because if I had have done I would have seen we needed to book! With only one PM ticket left too, it wasn’t possible for us to do this and was a slightly disappointing start to the day. It was good to see the house though and talk about her story to the kids, and we will definitely return to tour it one day soon! 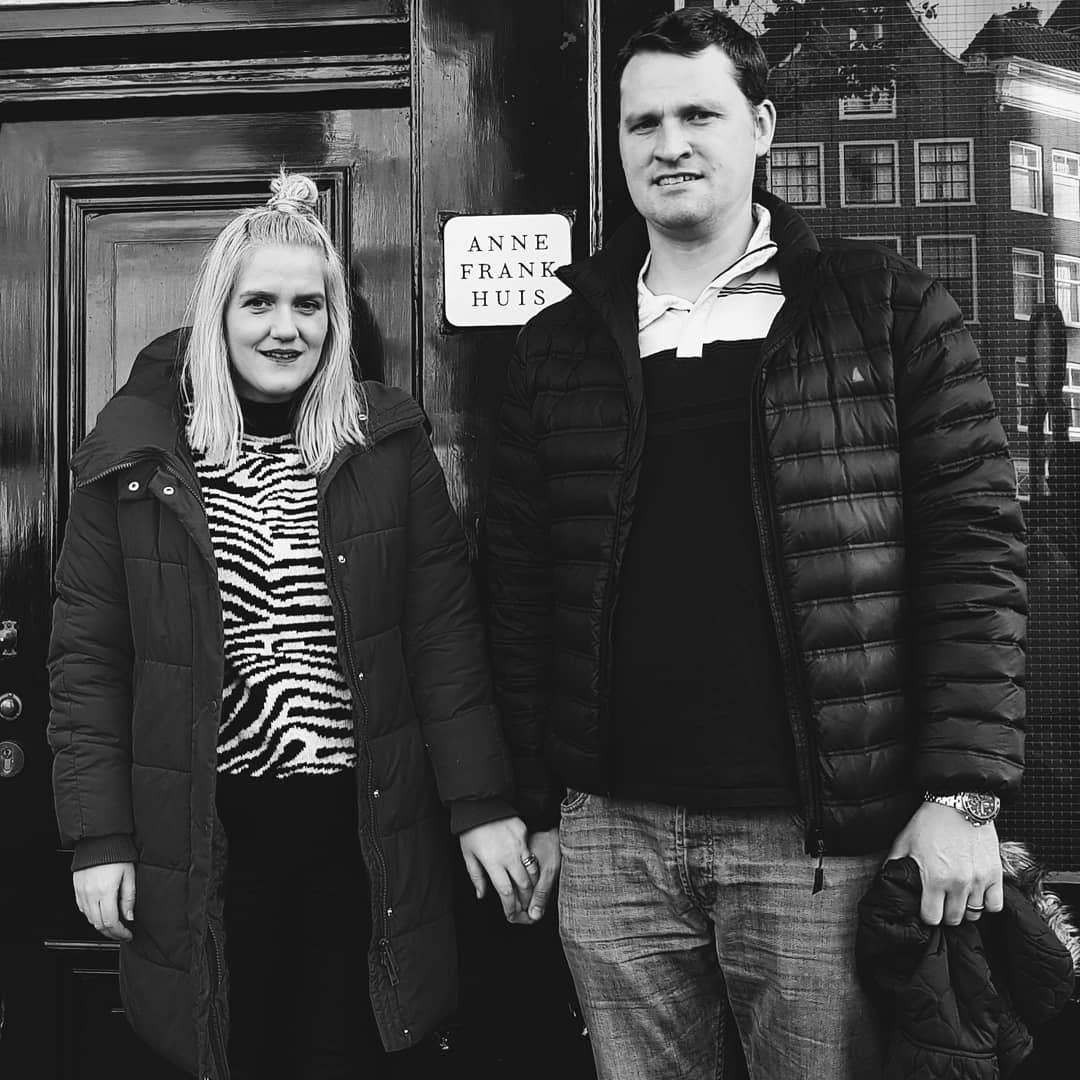 From there we wandered canals and little streets towards Begijnhof Courtyard which as a serene courtyard hidden behind giant wooden doors away from the hustle and bustle of the city. Begijnhof Courtyard is very pretty and has a rich history within it’s midst – there is the oldest house in Amsterdam dating from 1420 and a church that dates back to 15th Century in there too. There are all kinds of secrets and stories within it and it was lovely to wander and explore there for a little while. 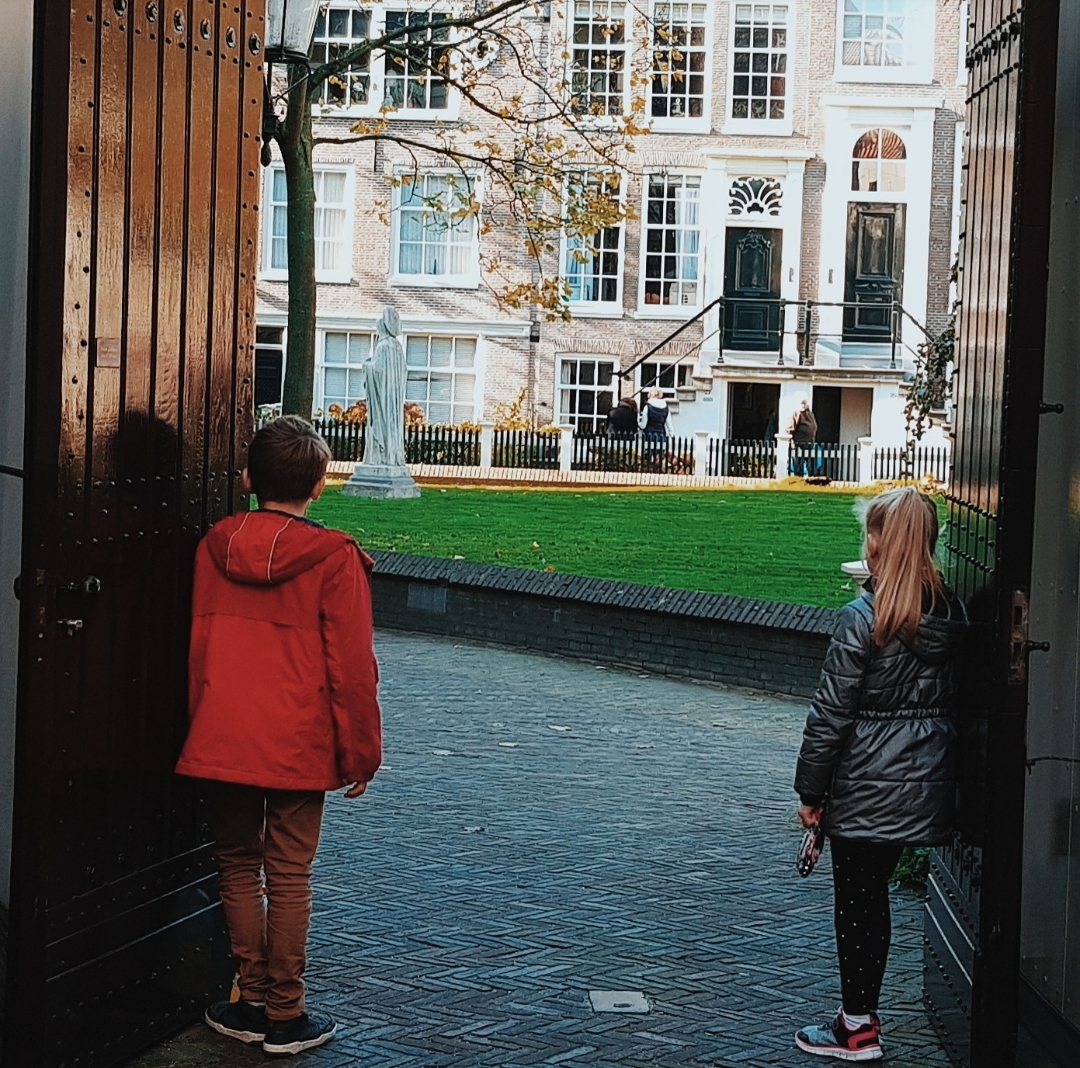 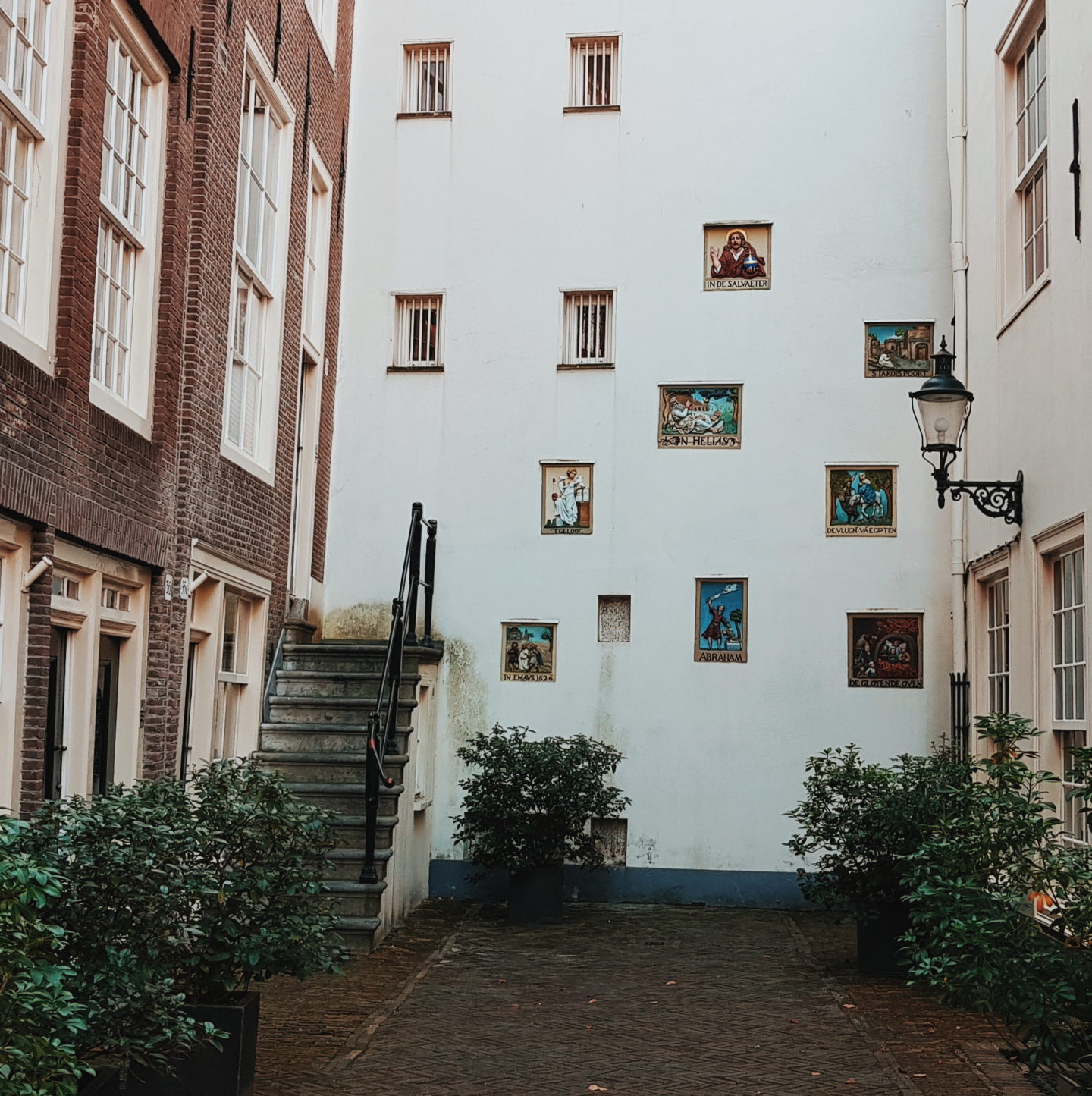 From here we went to the floating flower market – Ethan and I loved this part with all of the tulips and there we all enjoyed exploring the little cheese shops and biscuit shops too that line the street opposite. Around here is a little cheese museum too where you can sample cheeses downstairs. This part felt like exactly what I had imagined for Amsterdam and the freebie tasting shops were a hit with the kids; trying spiced biscuits in one shop, and pumpkin and smoked cheeses in another. 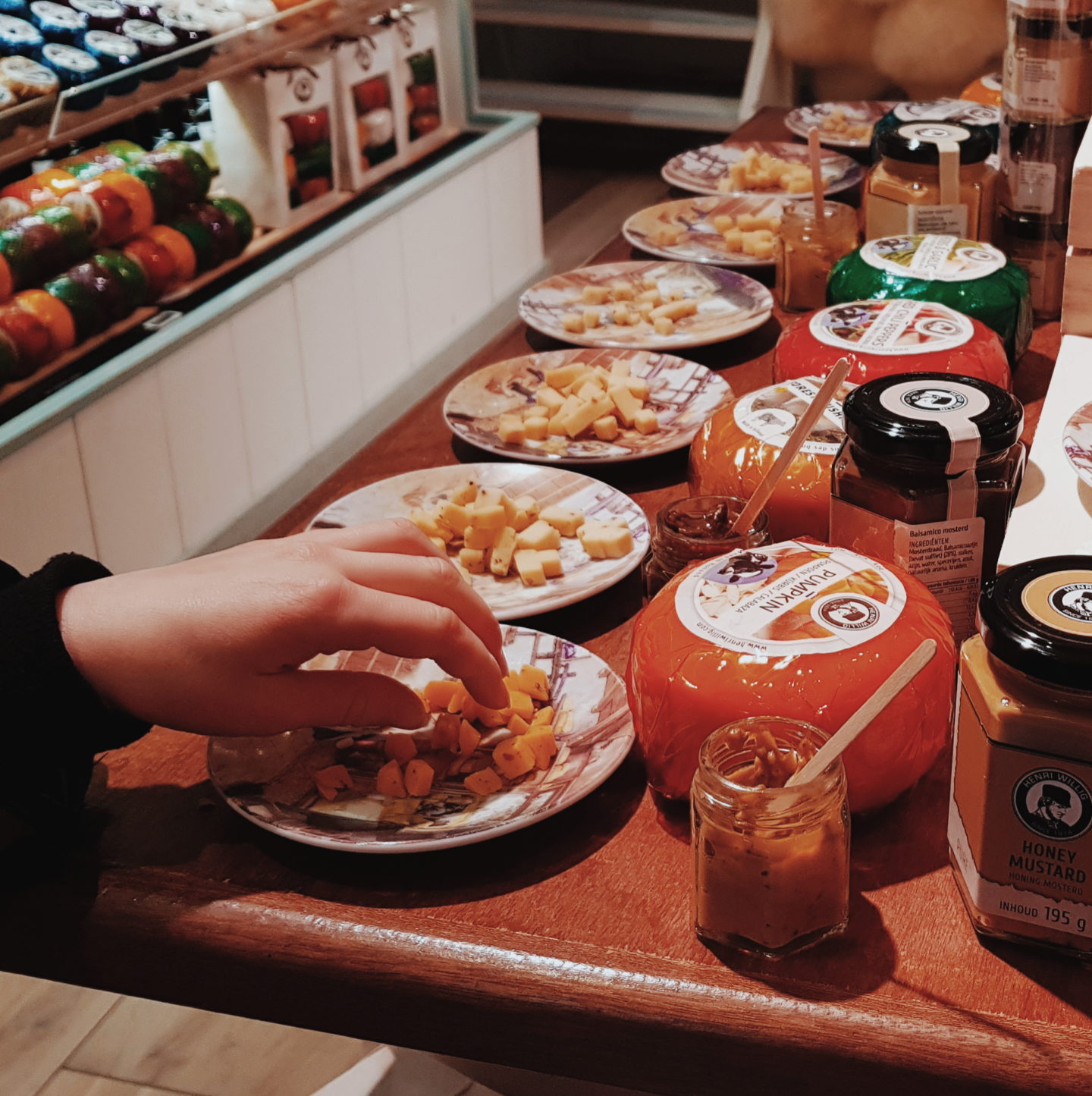 Our final site was Rijksmuseum Gardens. Here the kids enjoyed the gardens with giant spider sculptures and playing in the fountains too (there is also a lovely play area next to them too). I think it would have been nice to go in this museum, but of course time was limited. It’s fine though because at the same time it was such a beautiful Autumnal day that wandering and just soaking up new sites was really lovely and different.

Amsterdam is a very cool city with so many lovely sites and stories around it. We sampled the “cheesy mayo chips” and had some chocolatey delights too. It was a memorable half term, spontaneous trip that was very well worth it! Megan spent half the journey thinking we were going to Azkaban (too funny) and when we corrected her, it came out as “Hamsterdam”! SO, thanks “Hamsterdam” – we will most certainly be back – to see Anne Frank’s house and that awesome science museum you have! 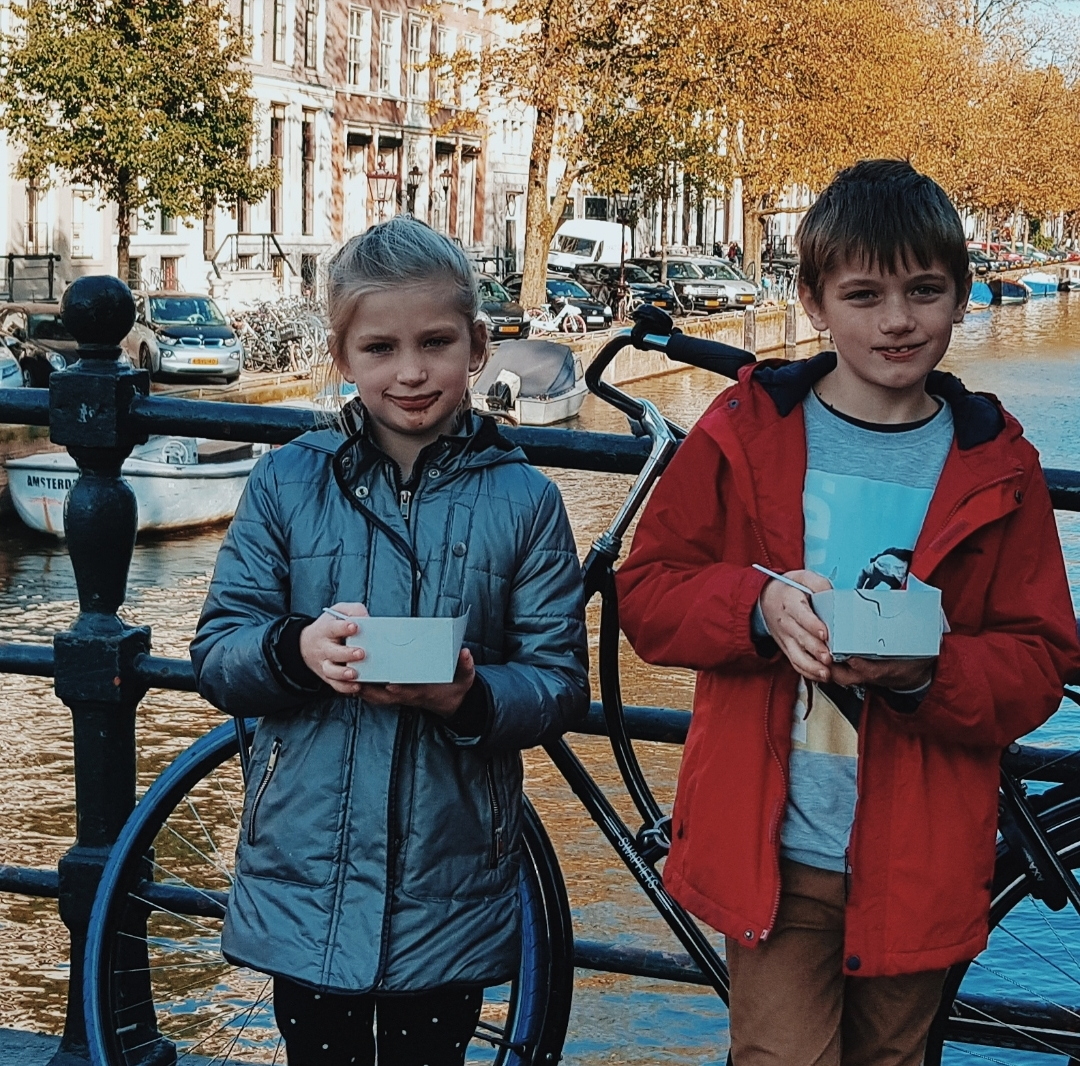 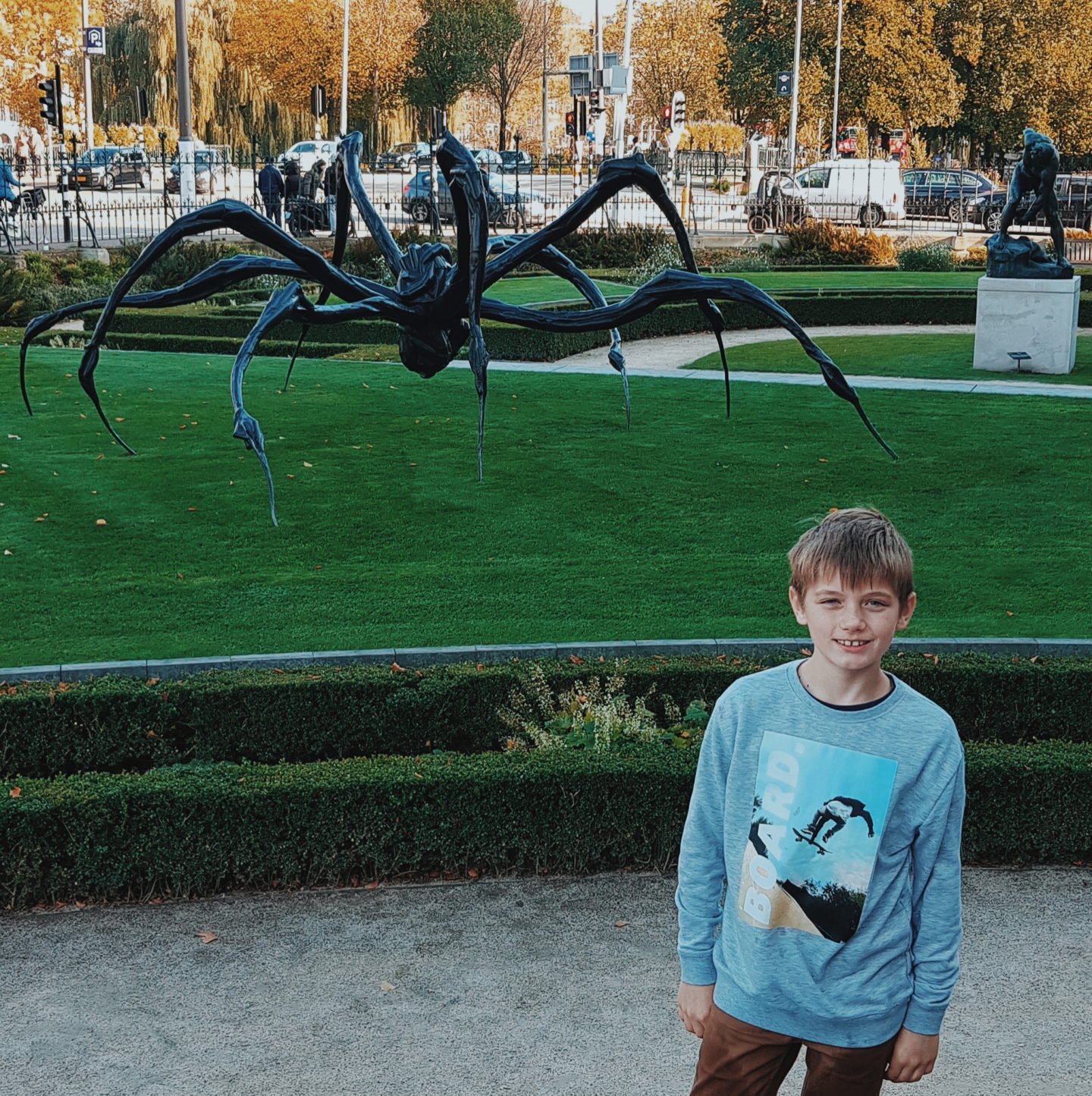 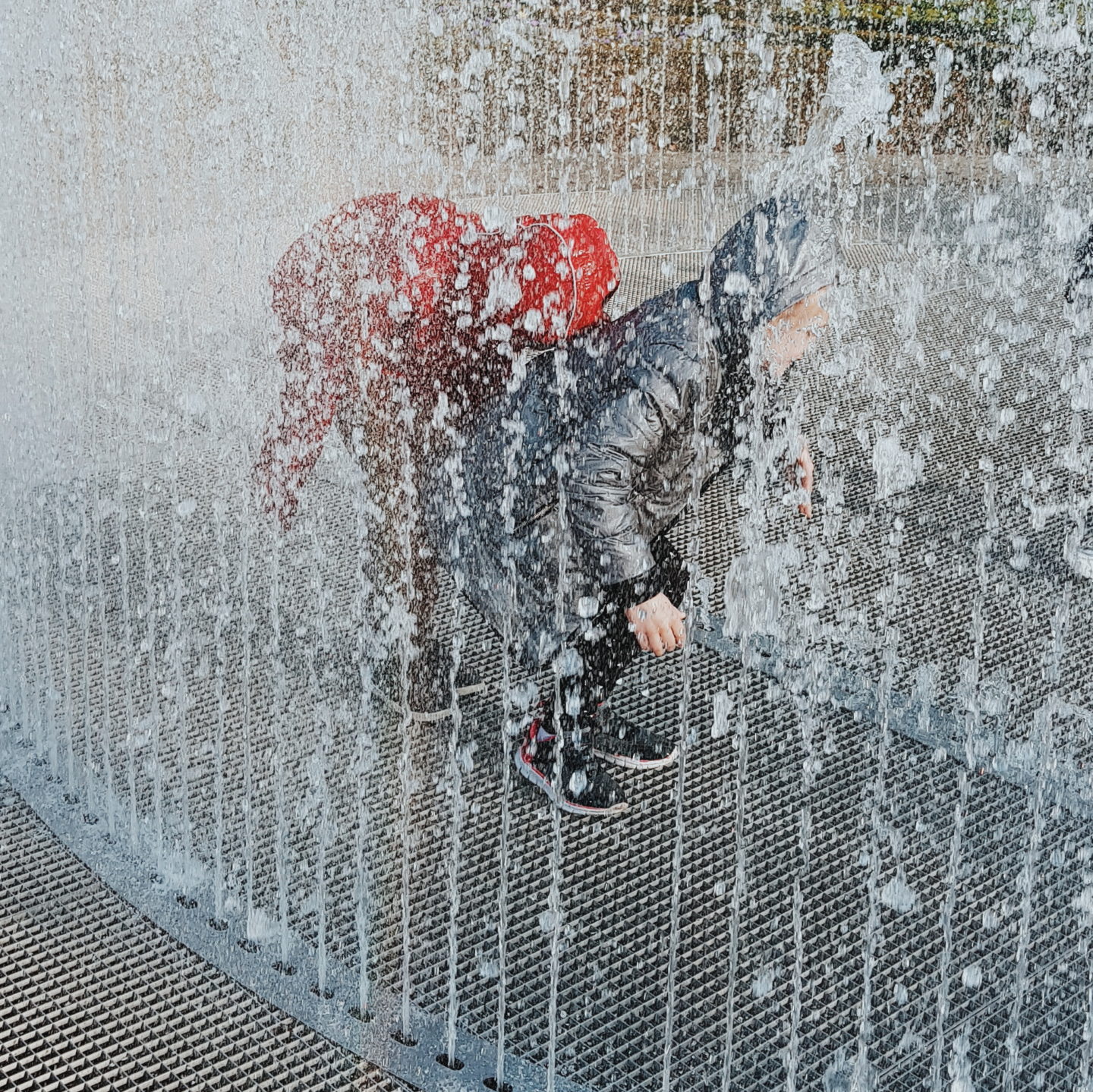 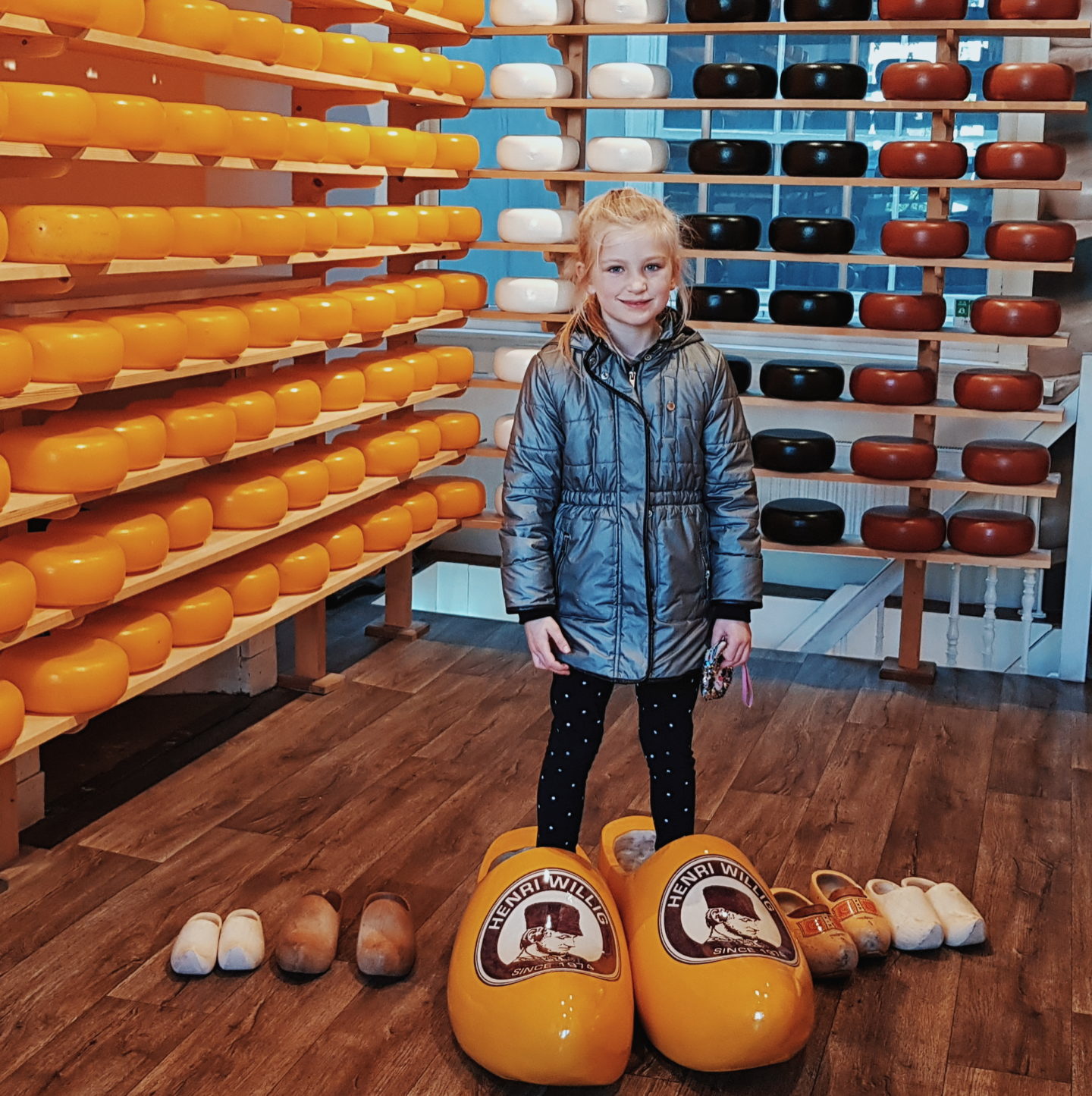 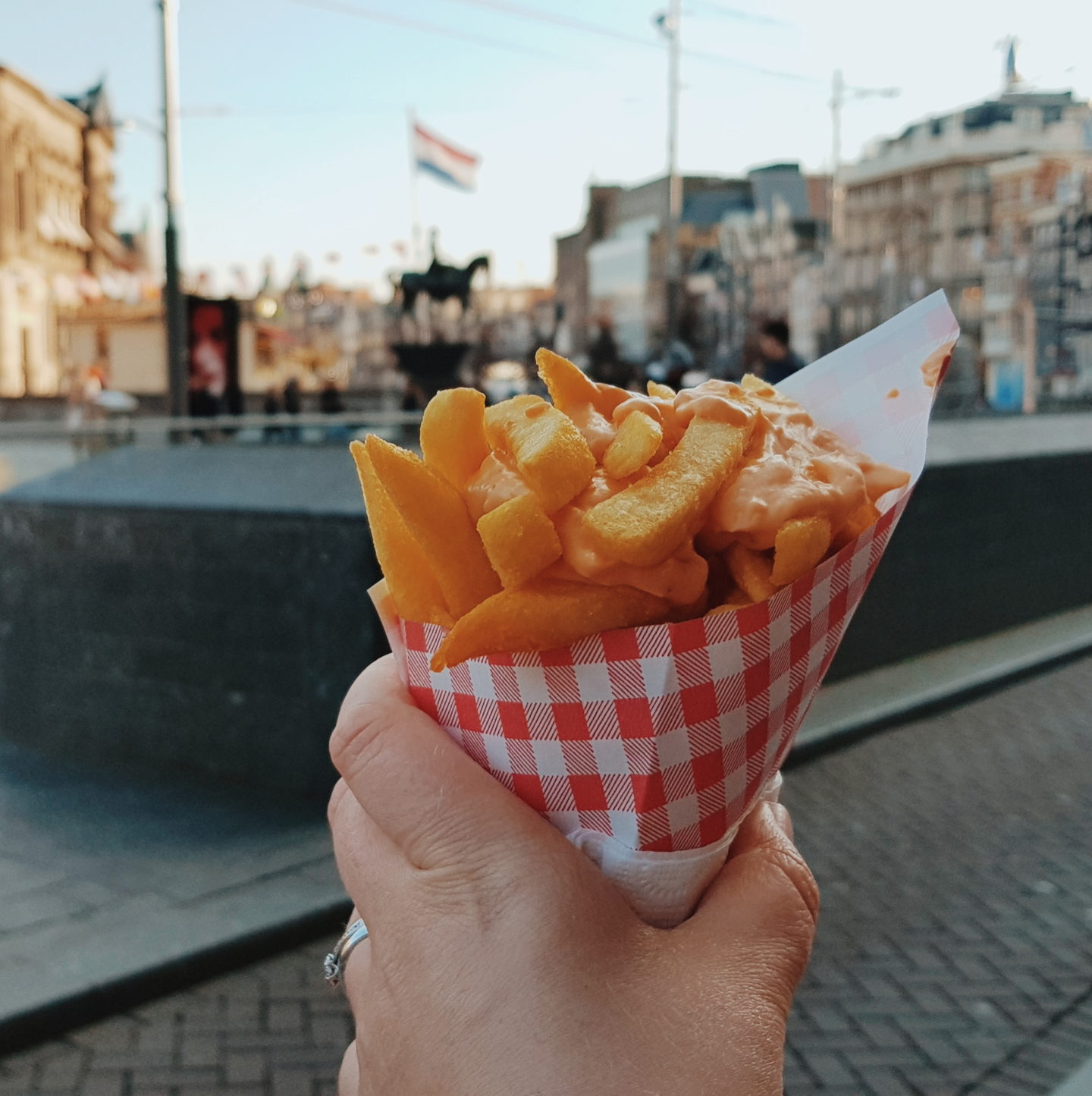 On the ferry we had an economy cabin down on deck 2 that very much had vibes of the Titanic! But in all serious, having been in both an economy and sea view cabin, we decided there wasn’t a huge amount of difference between the two. Economy was quieter but had no window and the beds were ever so slightly narrower than the ones on our outward journey. As a result though, the space did feel bigger (which was actually useful with a family of 5 in one). I did miss the sea view the next morning, but that’s all really and we all slept reasonably well on both journeys.

On the journey home we had some lovely cake on board and the kids played some more and watched movies. It was another chilled out journey with calm seas.

I spend a good chunk of my life expressing to people how cheap travel can be if you hunt around and take time to plan it yourself. We found this deal through direct ferries, and have since seen some more amazing deals during in February Half Term on there too, as well as on the DFDS website. I look at this trip and think we had our budget for half term – We could have spent £120 on 2 days out around us locally, we could have spent it (and more) at a day at the theme park, but we instead chose  to use it on an adventure to see more of this beautiful world and make memories exploring with our little ones. It brought us all a lot of joy and was such a bargain – proving that some of the best moments in life happen when they are unplanned and that travel does not have to cost a lot! 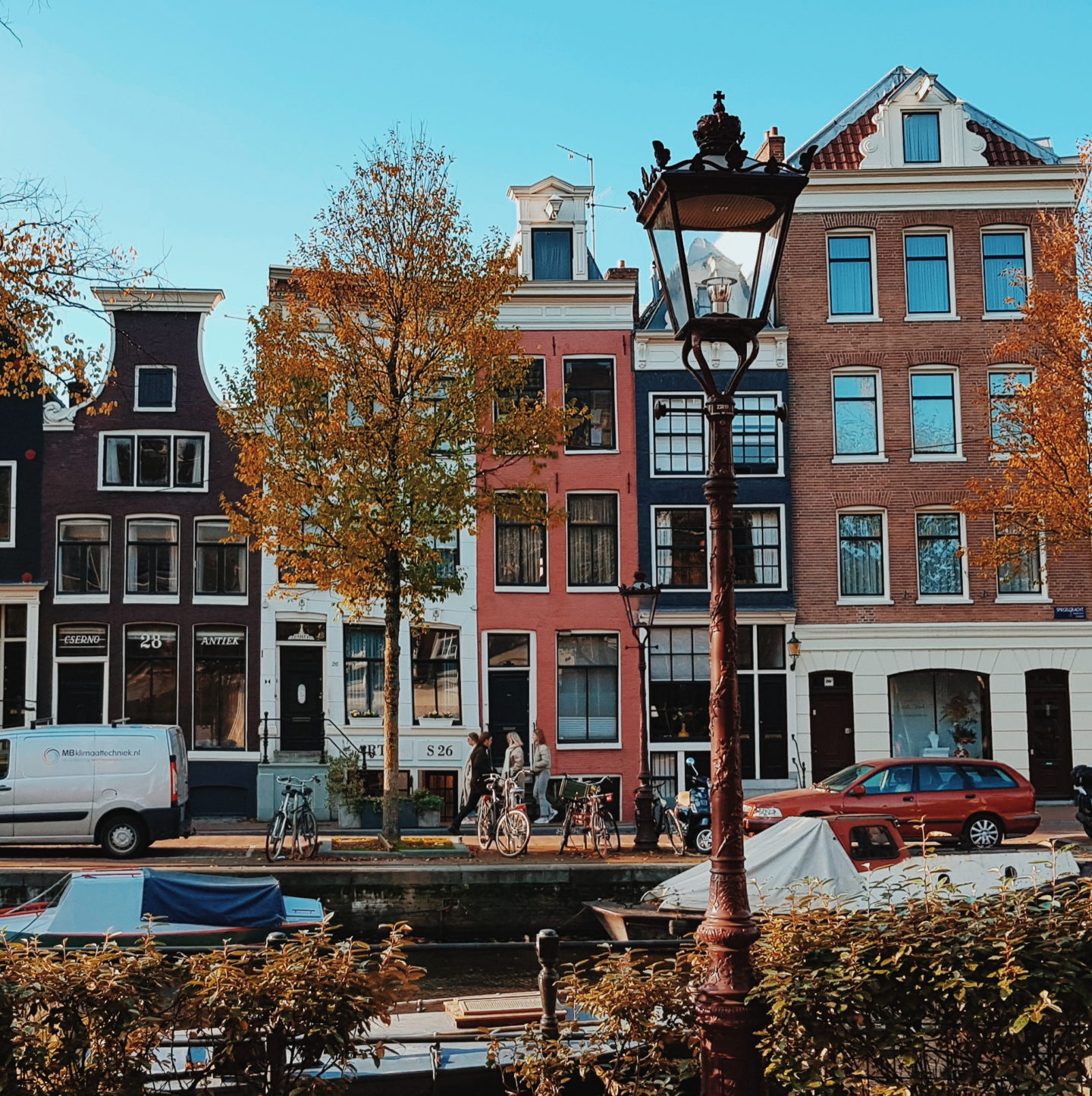 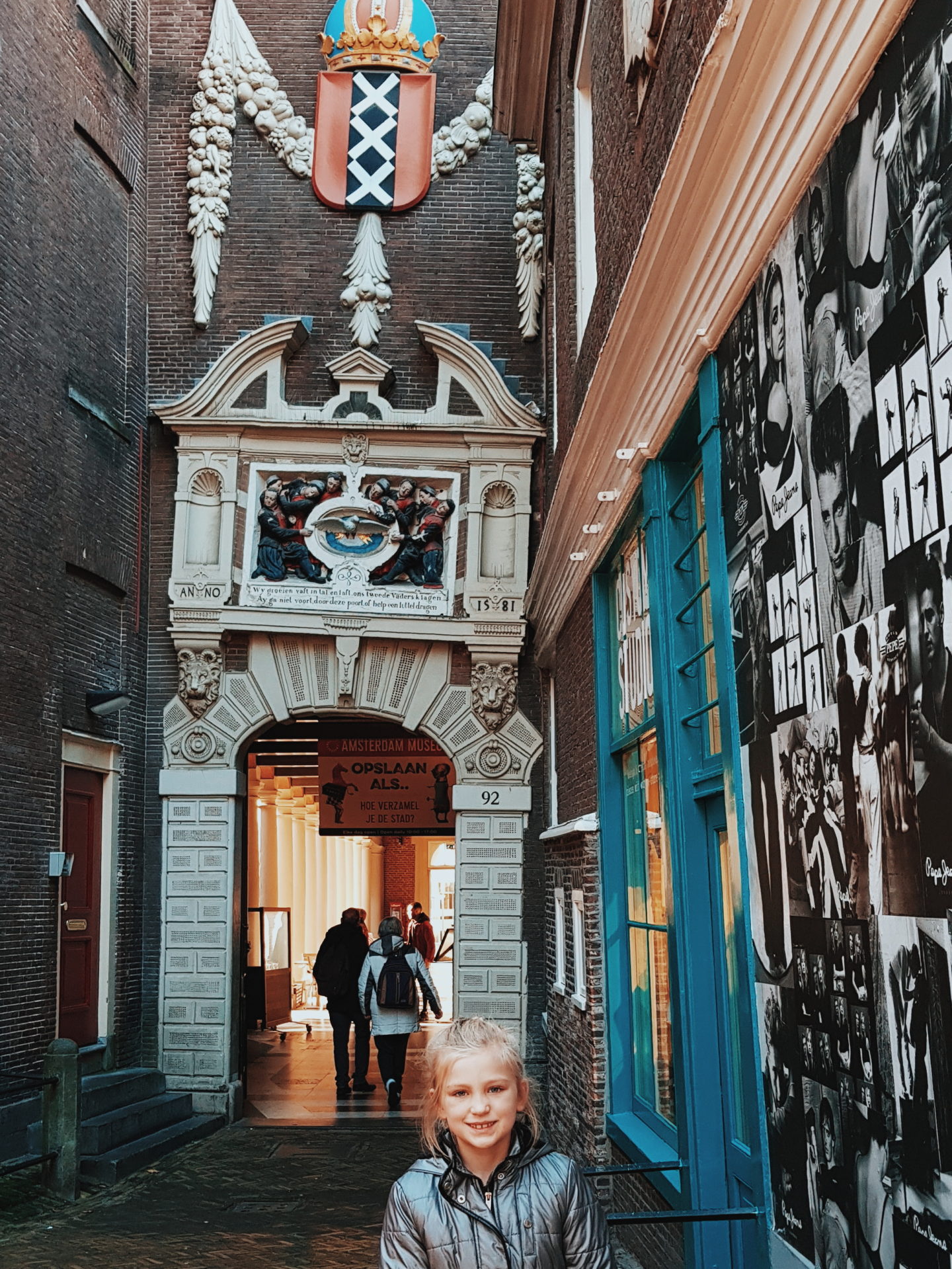 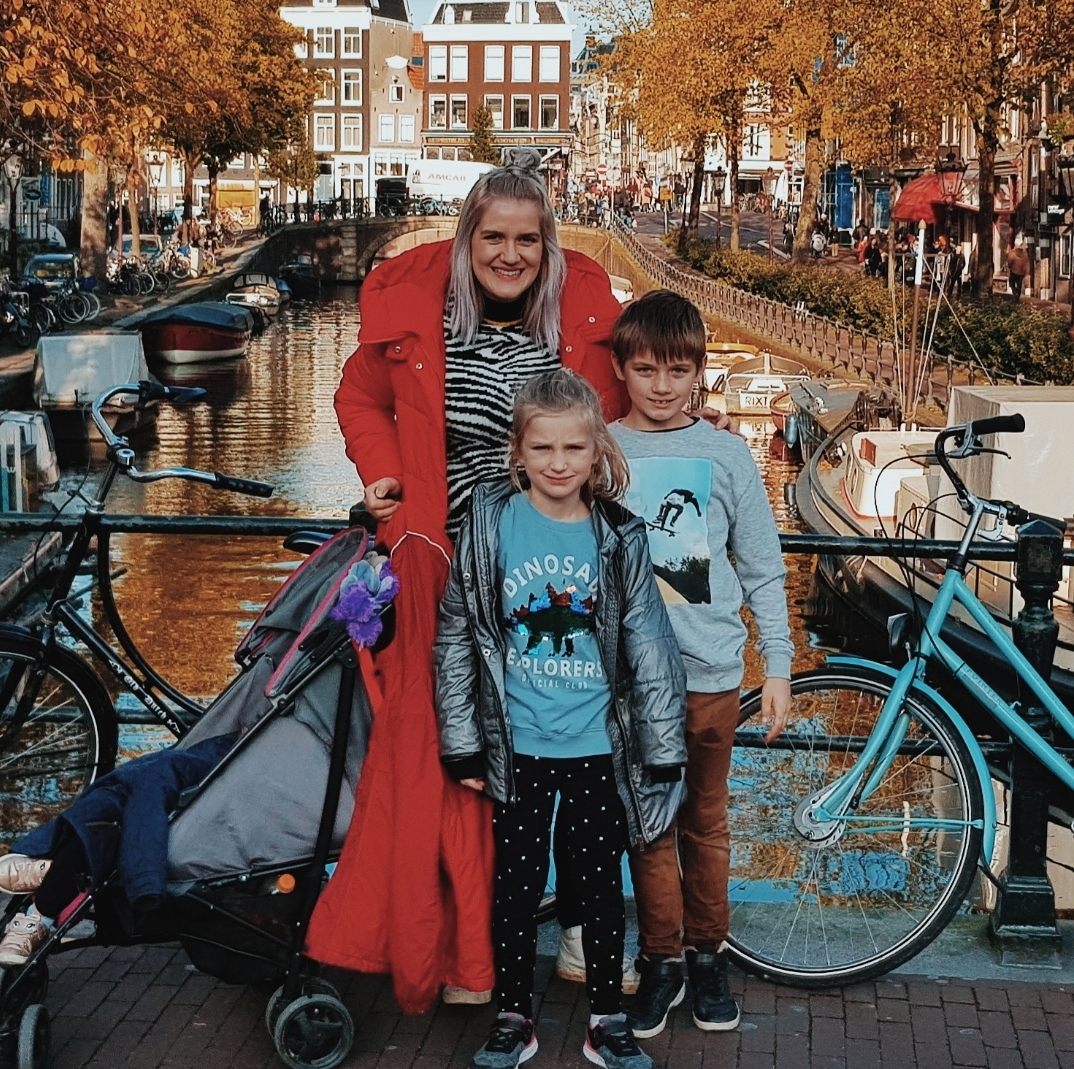 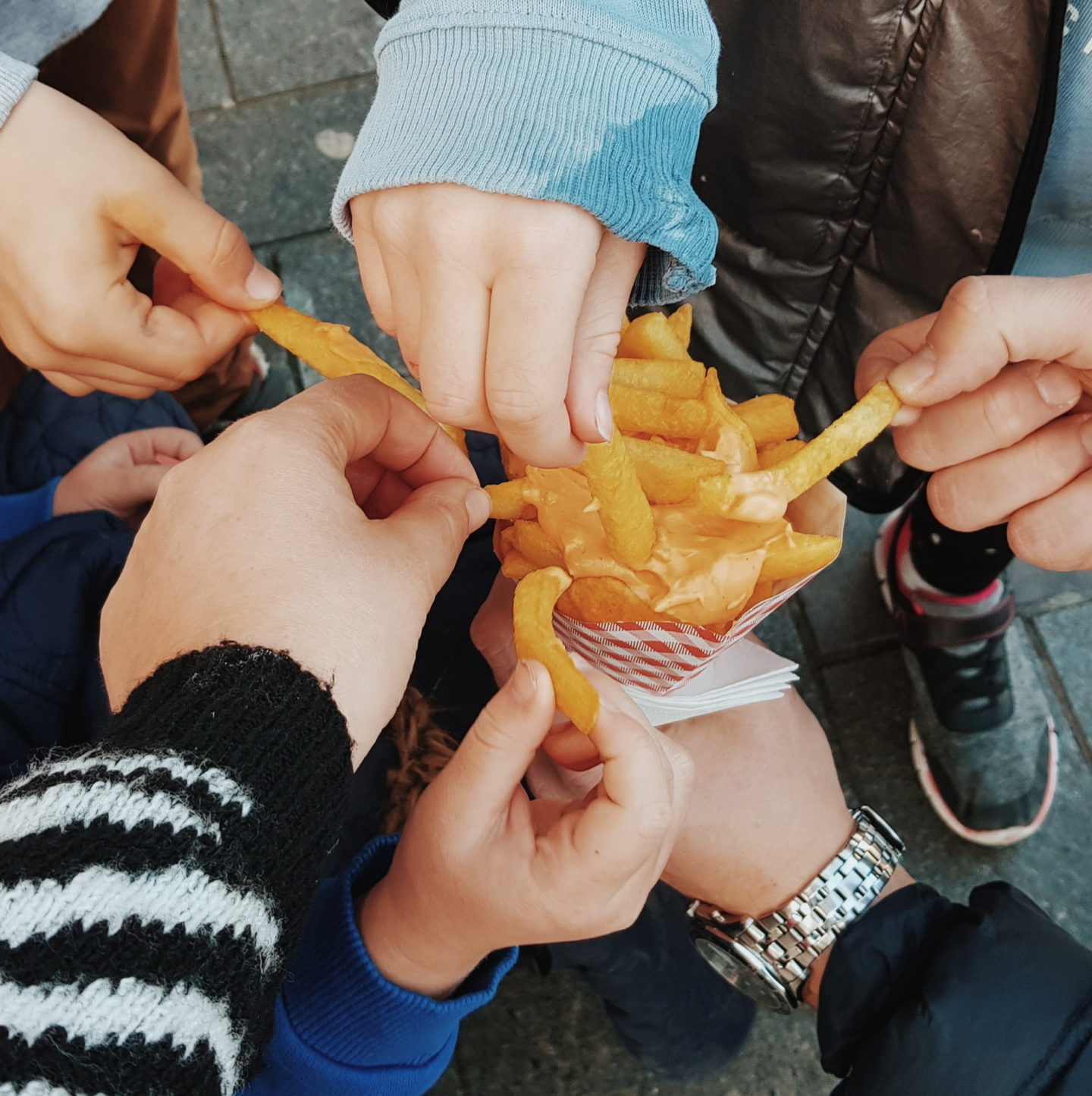 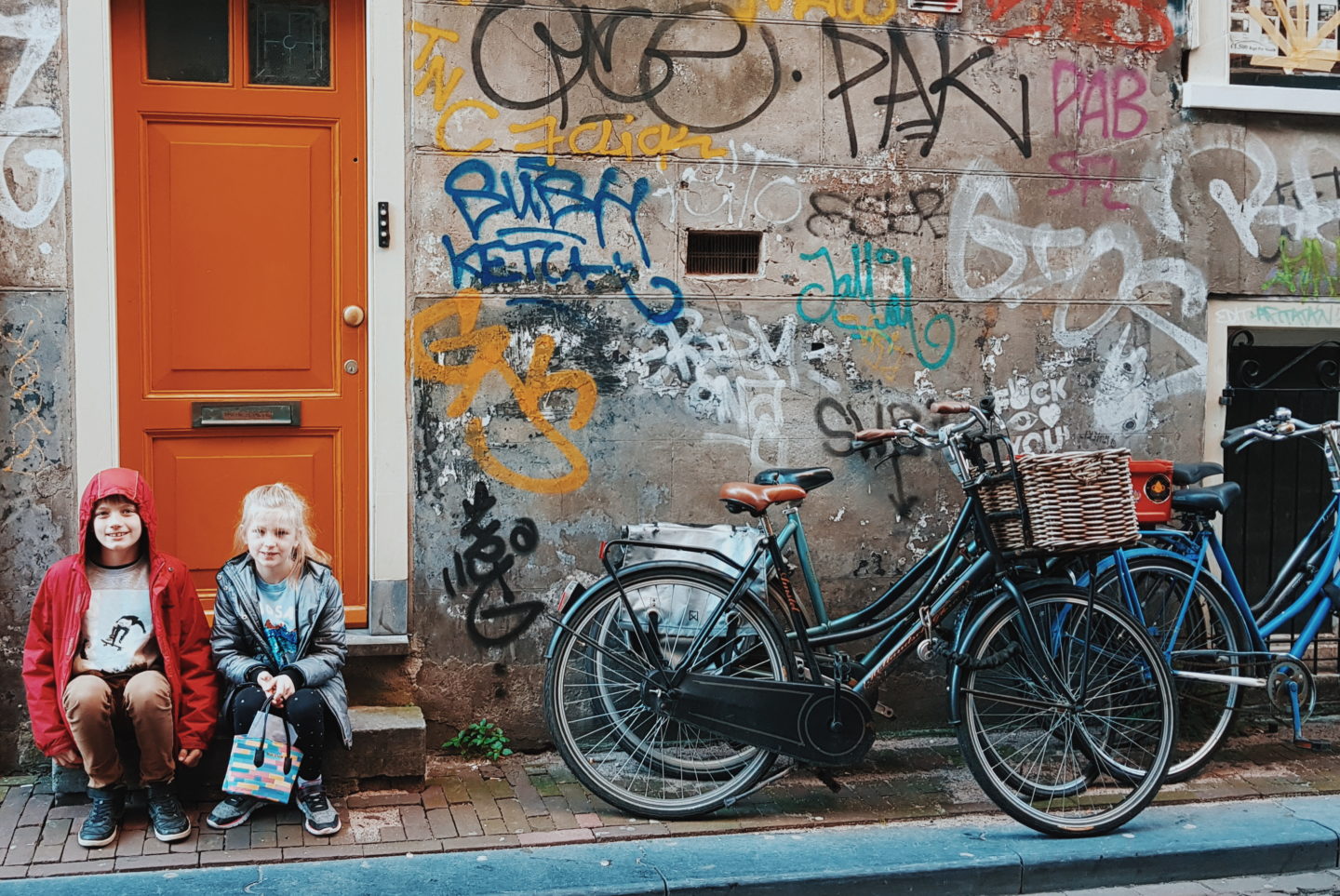 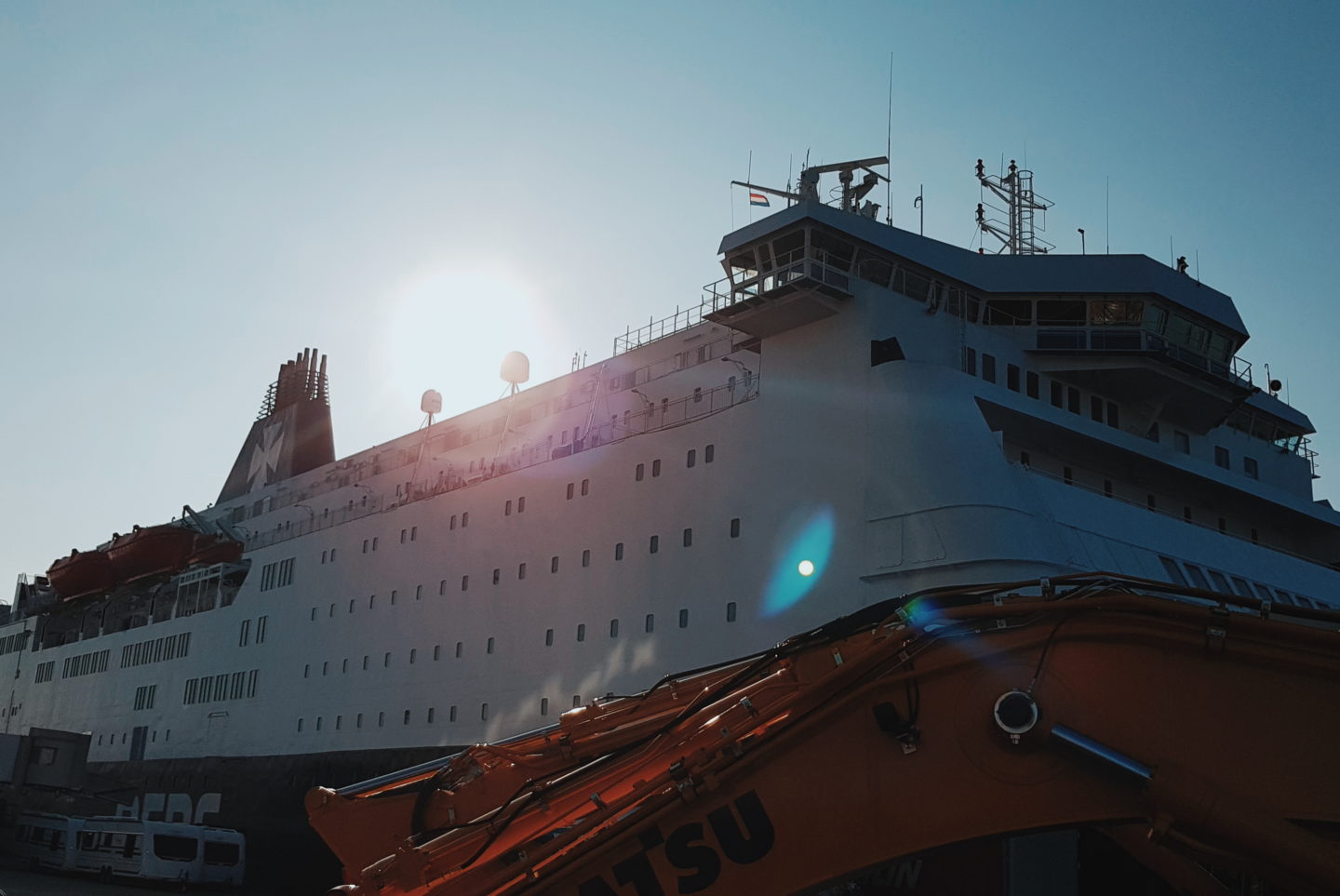